Shimano’s new Linkglide drivetrains are primarily aimed at eBikes. Whilst Hyperglide+ remains Shimano’s premium shifting option in terms of the shift lightness, shift speed and overall performance, the robustness of Linkglide components will appeal to both eMTB riders and product managers across the globe.

Why wouldn’t additional robustness appeal to ‘regular’ bikes as well? With the additional reinforcement added to the cassette, the 11-50 11 speed XT cassette weighs in at a whopping 780 grams. Compared to an 11-46 XT 11 speed cassette at 440 grams, that’s nearly double the weight, and the rear wheel isn’t a great spot for that weight either. So, whilst you could run Linkglide components on your regular bike, you’re going to want some serious watts in your legs to get you up the climbs. 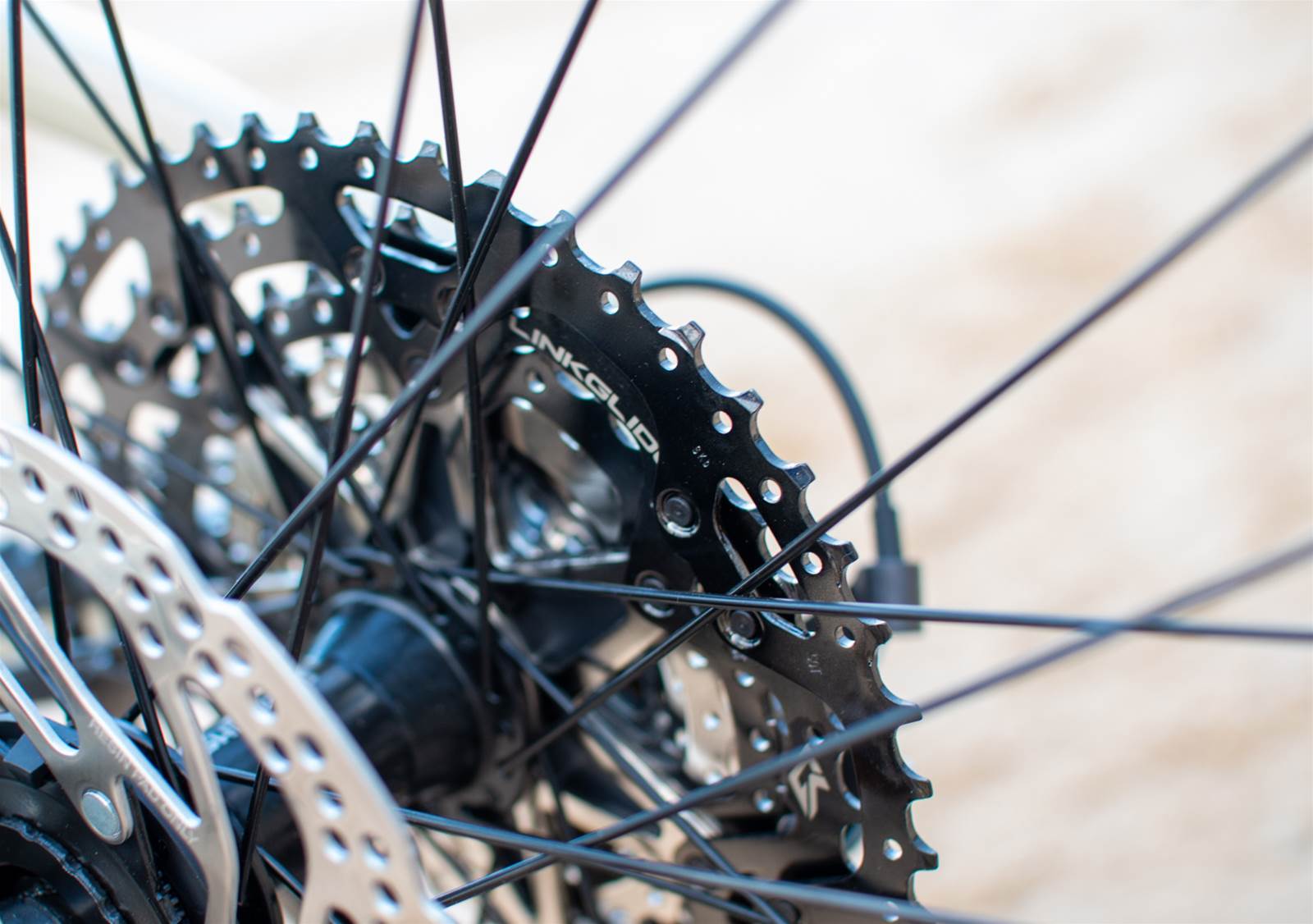 The additional weight of the Linkglide drivetrains is less important when your bike has a motor. The key figure that has me sold if accurate is the claim that a Linkglide cassette will last 300% longer, something that will save eMTB riders plenty of money and time over the lifespan of their bike.

I received a Merida eONE SIXTY 300S fitted with Shimano’s M8130 11 speed XT Linkglide drivetrain. Whilst a bike at this level (RRP: $5999) probably won’t come with the XT drivetrain, this is exactly the type of eBike that I’d expect we’ll see plenty of Deore M5130 Linkglide 10 speed drivetrains specced on next year. Alongside the reduction in gears, the gear ranges are also reduced to 11-50 on the XT cassette, and 11-43 on the Deore cassette. Shimano are also using their HG freehubs for their Linkglide cassettes, as opposed to the Micro Spline freehubs used for their 12 speed drivetrains. 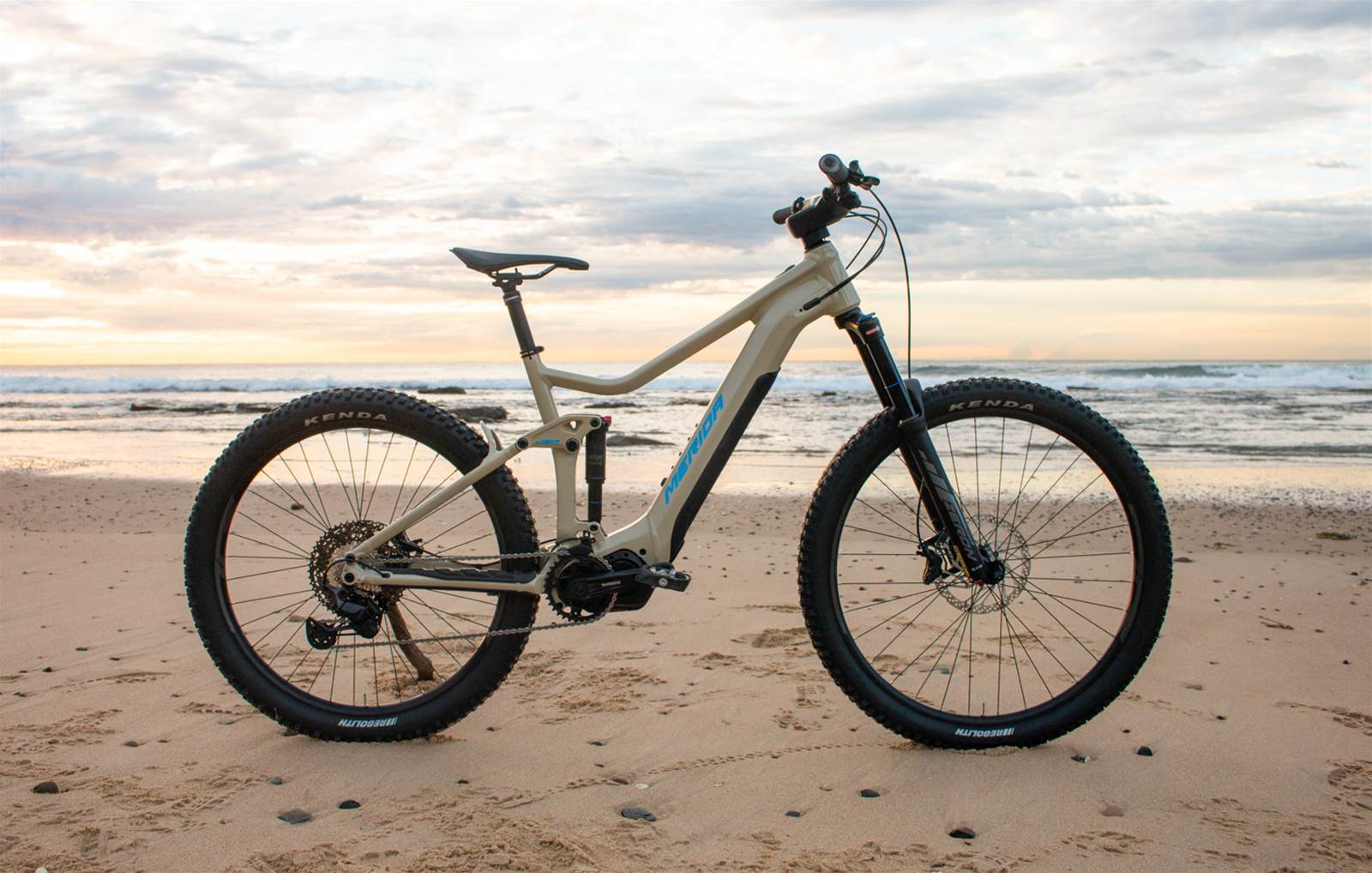 I rode the Linkglide drivetrain on a Merida eONE SIXTY.

The Linkglide series also features specific derailleurs and shifters. As the derailleurs accommodate a more limited gear range, their cages are smaller and better tucked out of the way. They’re also built to withstand more abuse, and Shimano claim they’re easier to index than their Hyperglide+ siblings. 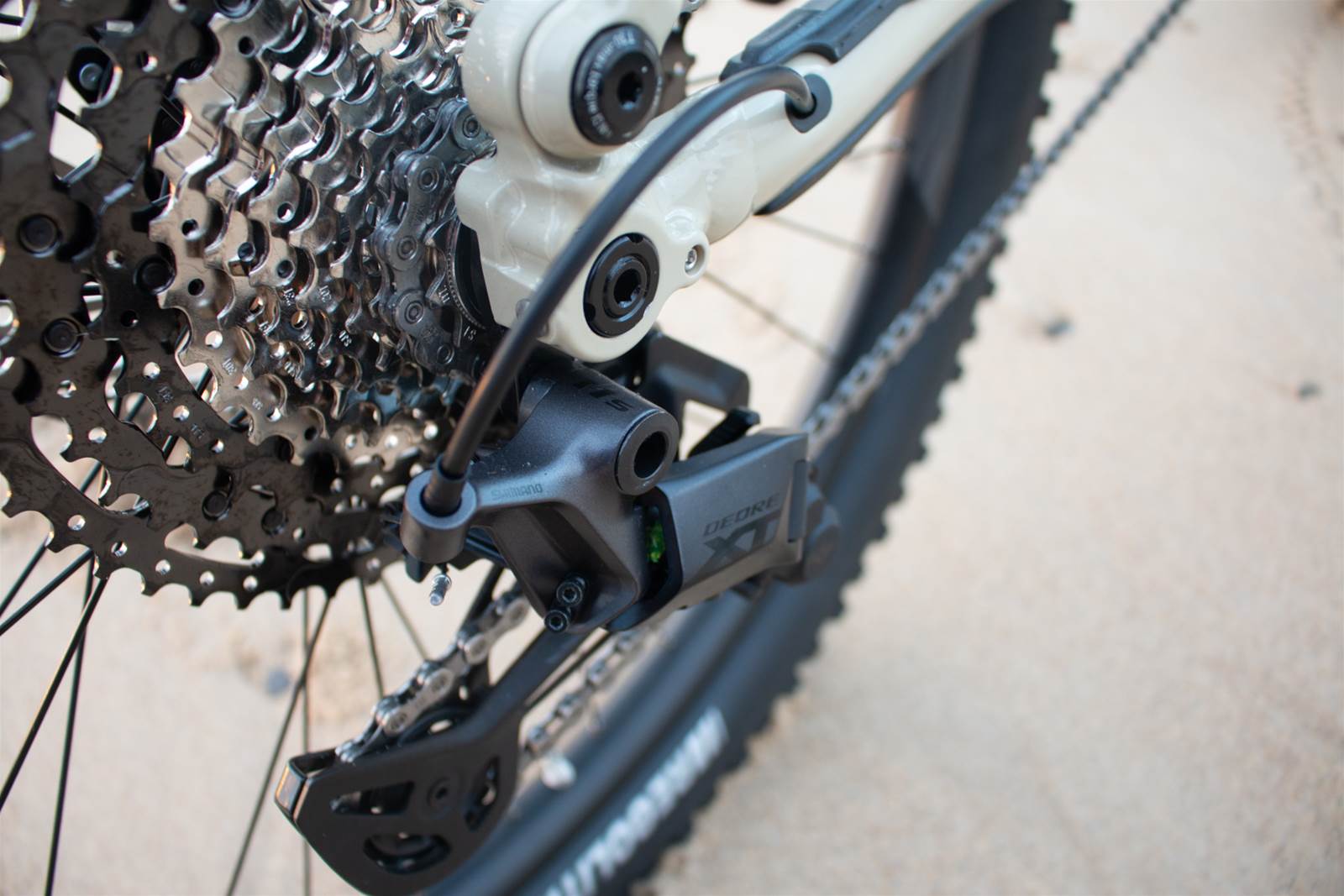 The Linkglide derailleur is designed to be robust.

The shifters are limited to one downshift at a time, which is smart as the old double shift combined with high watts from an eMTB isn’t a great idea for drivetrain longevity. You can use Shimano’s current 11 speed chains with Linkglide drivetrains, but Shimano also offer a Linkglide chain at the cheap and cheerful price of $45. Unfortunately, Shimano’s current 10 and 11 speed drivetrain parts aren’t cross-compatible with Linkglide components. To make this clear, Linkglide cassettes will feature different graphics (although the cassette on my sample bike was an unmarked prototype).

Here is a full price and claimed weight breakdown of the two drivetrains:

The way Shimano have been able to increase the durability of the cassette has been reducing what they refer to as ‘pedal shock’. Pedal shock is how much the chain reverberates after a shift. They’ve reduced pedal shock by increasing the width of the cassette’s teeth at the base, and the leading and trailing edges of the teeth are designed for smooth engagement and release.

Shimano have also changed what’s called the ‘shift gate’ on Linkglide cassettes, which refers to how the cassette has been moulded to allow for smooth shifting. The new shift gate design creates minimal deflection when performing a shift. Are you a bit confused? Essentially the less the chain is moving around after a shift, the better it is for cassette longevity.

So, do all these changes make a difference out on the trail? As I said I was equipped with a full Shimano Linkglide Deore XT M8130 drivetrain, and I was impressed by the performance on offer. Whilst the shifting feels a touch more forceful and solid than a Hyperglide+ drivetrain, this is a feeling I prefer aboard the eBike to know a shift has been completed and I can start cranking.

Shimano are also on the money with their claim of easier indexing. Whilst on a 12 speed Shimano drivetrain you might be able to ‘massage’ your drivetrain into another gear either intentionally or unintentionally without completing a shift, I found that the Linkglide drivetrain didn’t move into the next gear until the shift had been fully completed. This should reduce the chance when you’re changing multiple gears that the chain will end up in the wrong gear for a split second and then jump back down, which can lead to a snapped chain on an eMTB.

As the 11-50 cassette ratio is covered by 11 gears rather than 12, there are bigger gaps between gears than on Shimano’s 12 speed drivetrains. Once again this wasn’t an issue for me, as on the eBike the motor can assist you to match your gear and cadence to the conditions. The difference between Linkglide XT and regular XT is a matter of one tooth either way (11-50 versus 10-51). I believe the benefit of pedal assistance, and drivetrain durability, more than makes up for a small shortfall in gear range.

When you’re hammering along in the 11 (matched with a 34 tooth chainring on the Merida), the motor cutting out hampers your speed more than not having access to a ten-tooth cog. The middle gears on the cassette are easy to sync with your cadence and selected motor output depending on the trail conditions. The 34-50 lowest gear was just fine for me going up some steep fire roads, however if you were really pining for that 51-tooth cog you could drop to a smaller chainring to achieve additional climbing range.

I’d be interested to ride the Deore drivetrain and see if the 43 tooth lowest gear is a limiter in some terrain. Even with the assistance of the motor you still want to be riding within a cadence window that maximises traction, particularly on steep climbs. I think a 43-tooth cog as your lowest gear may have you spinning out on some slippery ascents.

The other thing to consider with the Deore drivetrain is that it may also be matched to a lower end motor, and therefore there’ll be a double whammy of a lower gear range and lower torque output from the motor. I’ll be interested to see if product managers decide to spec lower end eBikes with the more durable but lower range Deore Linkglide drivetrain, or a wider range but less durable group set option.

The single shift on offer when going to a harder gear is another sensible inclusion for eBike use. On a regular Shimano Deore XT drivetrain fitted to an eBike, the double downshift needs to be handled sensitively, and I’d wager the time spent soft pedalling waiting for that shift to engage saps more speed than two quick downshifts on the Linkglide cassette. I’m sure there are plenty of riders spinning smoother than myself, but on the eBike a mistimed shift and crank combo is much more likely to lead to a snapped chain. The single shift can almost completely sidestep this scenario.

Whilst I was impressed by the Linkglide Deore XT M8130 drivetrain, I only had a couple of weeks on the bike, so I’m not able to make any comments on the drivetrain’s longevity. I’m looking forward to spending more time on both drivetrains in the future. I’d expect we’re going to see plenty of both drivetrains as OEM spec on the eBike market next year. In terms of being fit for purpose, if I was offered a straight swap out of the regular 12 speed XT drivetrain that’s currently on my eMTB for an 11 speed Linkglide XT drivetrain, I’d accept the swap gladly. While I love the overall performance of Deore XT 12-speed, having the extra durability in the chain and cassette, plus a shorter rear derailleur for ground clearance would win me over. However, if you're chasing the lightest shift action and highest overall performance, the Deore XT and XTR 12-speed group sets would still be the go to from Shimano.

Looking for a new eMTB? Check out some of our recent eMTB reviews below.

Overall, Linkglide is a great new product range that will service two tiers of the market nicely. New bike customers will be getting eBike drivetrain components that are going to last longer, and existing eBike customers with 11 speed drivetrains can upgrade their drivetrain to products that are going to last much longer than what they are replacing. Whilst this requires purchasing a new derailleur and shifter, if you’re putting in big hours on your eBike it could be a wise long-term investment, and chances are the costs will be covered pretty quickly in reduced drivetrain wear.