If there was ever a need for more mountain bike tyre innovation, it’s in the eMTB segment. Tyres haven’t needed to be as indestructible since downhill tyres went through their extremely overbuilt era of the early 2000s. In the past five years, pedal-assist mountain bikes have been pushing weight and tyre limits. Tyre manufacturers have had to step up and resist repurposing the light-weight tyres that have been important for the rest of the industry for the last 20 years.

Last year I tested the Schwalbe Eddy Current 27.5” which took that thought process to the extreme, with a tyre that wasn’t far off what a motorbike would use. It is a great tyre but it came at somewhat of a weight penalty... too much? Maybe. So in steps the 27.5” Hutchinson Toro Koloss tyre, at roughly 1079g per tyre it’s nearly 400g lighter than the Eddy Current and only slightly heavier than the often OEM specced Maxxis Rekon 2.8” 27 plus tyre. While it's not designed purely for eMTB use, Hutchinson state that due to the reinforced sidewall it can be used for Enduro or eMTB use. Plus tyres like this are a common feature of eMTBs, so that's where I chose to test it, aboard the Felt Redemption I tested last issue. 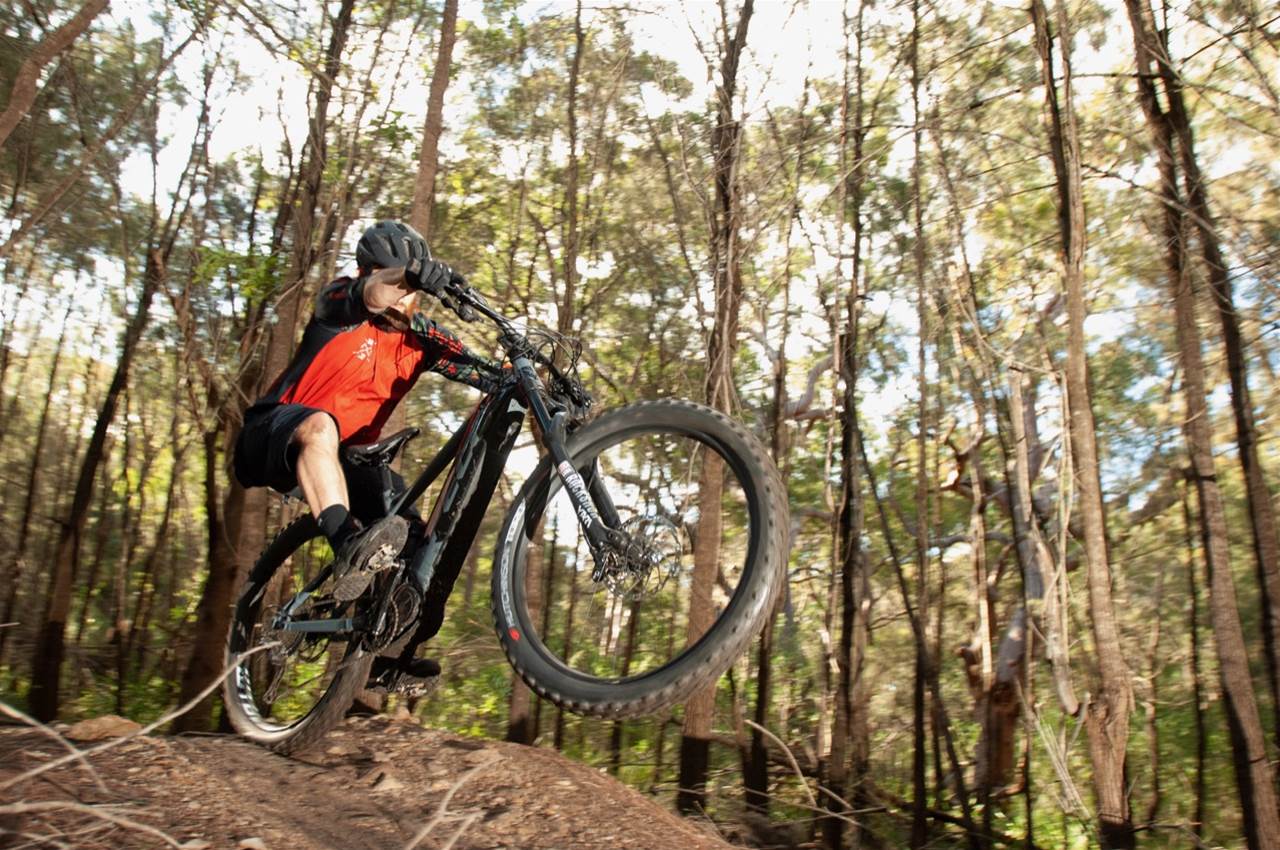 Upon first impressions compared to the stock Maxxis tyre, the Toro Koloss did seem slightly thicker at the sidewall with Hutchinson's Spider Tech reinforcement. It is however a much harder and more durable rubber than what Maxxis or Schwalbe uses. Whilst this doesn’t bode as well for traction, it may just be a sacrifice we are willing to take for the extra security and longevity an eMTB needs. When you're riding an eMTB hard, which is what they let you do, you can burn through tyres, chains, cassettes and brake pads at an astonishing rate. So a little more life in your tyres is no bad thing.

I easily mounted them up to the Felt Redemption eMTB test bike tubeless without fuss. The Toro Koloss 2.8” has a massive bag and with 30mm inernal rims it ends up at just under 3” in real world measurements. It is a big tyre, and this could be a potential clearance issue, so if your frame is tight you’d want to be aware. 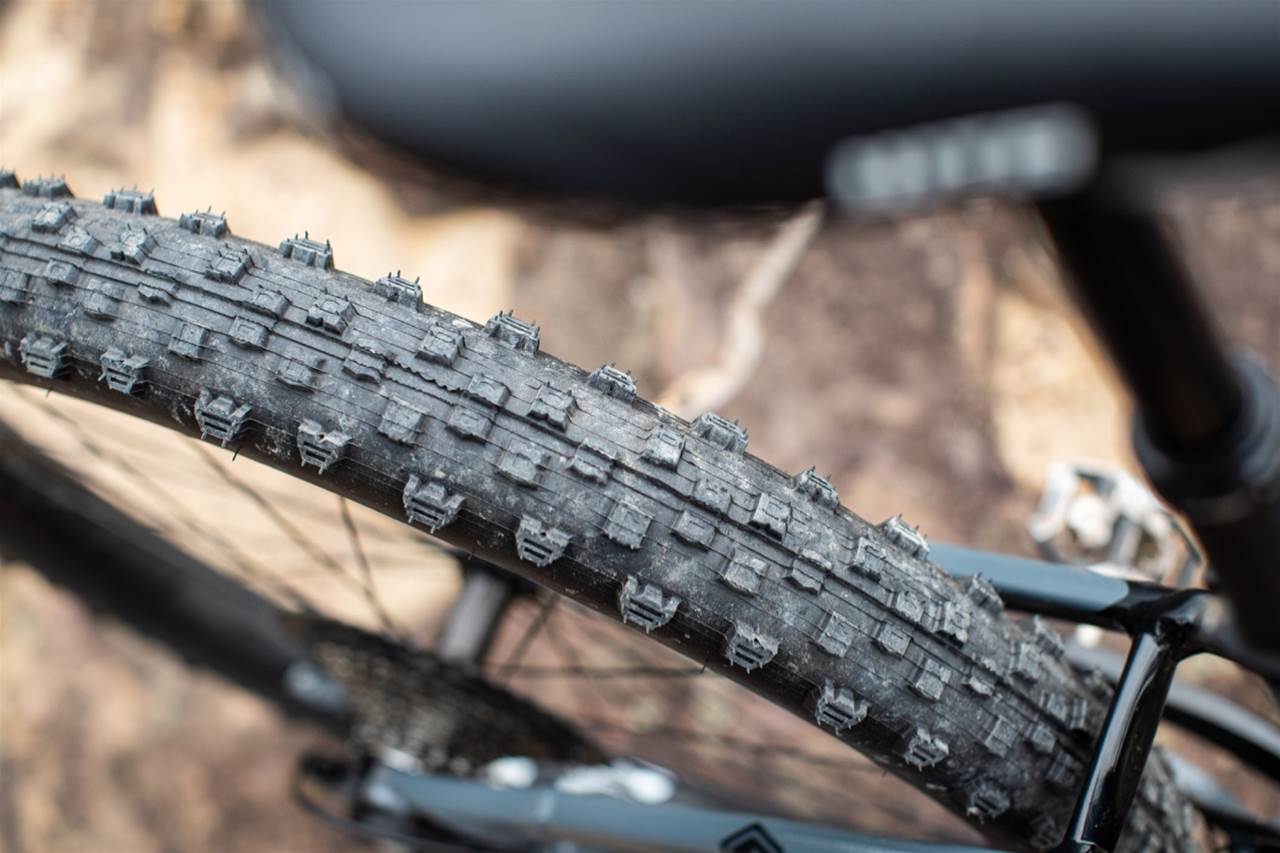 On the trail the Toro Koloss rode well with the power delivery of the Felt eMTB, on free rolling sections it felt a little slugglish like a 3” tyre with large knobs does. When it comes to traction there is plenty in a straight line on soft sandy trails. The wide spacing in-between the corner knobs is also great for soft, loose or muddy trails. The tighter central knobs help with straight line climbing and braking.

In wetter conditions I found it clears extremely well thanks to the wide knob spacing and the fact that the knobs are quite firm. Of course there is a trade off, and on hard pack corners traction was less than ideal. The same wide spacing and hard rubber compound just doesn’t give the support you need. With the combined rider and bike weight, it felt like the front wheel pushed from underneath you on the flatter, aggressive turns.

Durability wise they were great with no noticeable wear after two months of riding. I also didn’t have any torn sidewalls or flats, which were a common problem with the stock Maxxis tyres on the eMTB. I did however still end up with some dinged rims so some rim protection like CushCore would be wise if you really want to ride a burly eMTB quite hard. While they were easy tyres to mount. I did find they would lose pressure much easier than the Maxxis, needing to be re-inflated before every ride. 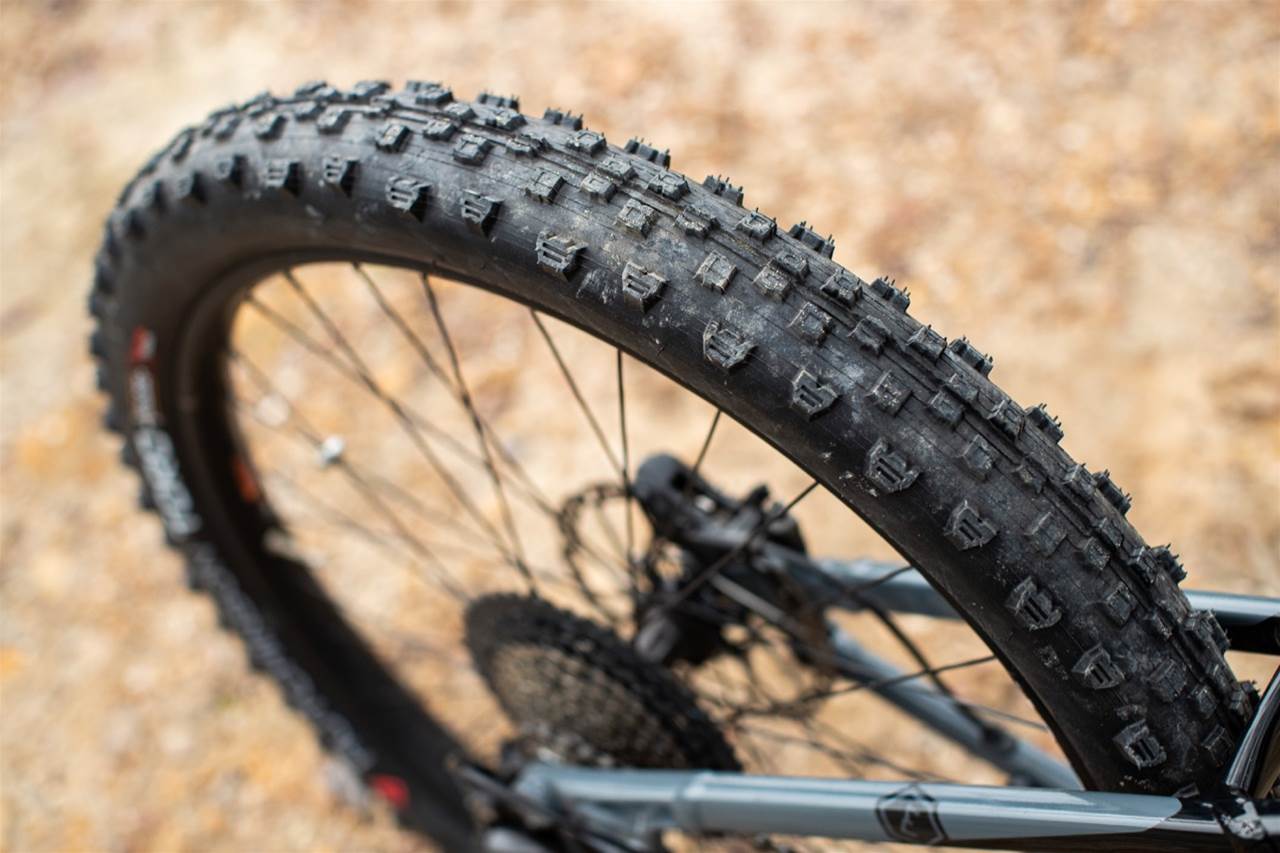 All in all the Hutchinson 27.5” Toro Koloss 2.8” is a great all-purpose tyre, for those wanting tough durability, with a classic design. It’s by no means a tyre for a rider wanting high-performance grip, but most of those don’t have the durability an eMTB needs, as a softer rubber compound is a trade off for tread wear. Hutchinson states this tyre is for eMTB and Enduro use and I wouldn’t recommend it for the latter on an un-assisted bike. Unless of course it was in very aggressive and abrasive terrain, with lots of gravity and not a lot of climbing. The Toro Koloss could make a great value durable bike park tyre given the right terrain – but you'd want it to be steep and loose, not buff corners. For eMTBs it is very fit for purpose and I would put it in a similar category to the Schwalbe Eddy Current. If you’re after a great middle ground between the Maxxis and the Schwalbes, The Hutchinson Toro Koloss 2.8” could well be your answer. 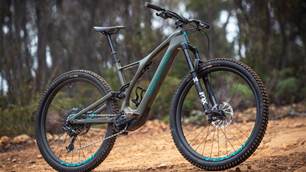