New for 2022, Bosch have released an entire suite of components and software they’re calling ‘Smart System’.

For 2022 Smart System will only encompass Bosch’s top of the line Performance Line CX Motor (which is found on most eMTB models), however it’d be fair to assume they’ll roll their lower tier offerings onto the new platform in the coming years. While Bosch will continue to produce their previous generations of motors and hardware, their older products won't be compatible with Smart System components.

There’s a whole suite of products that make up the Smart System, which we’ll list below. 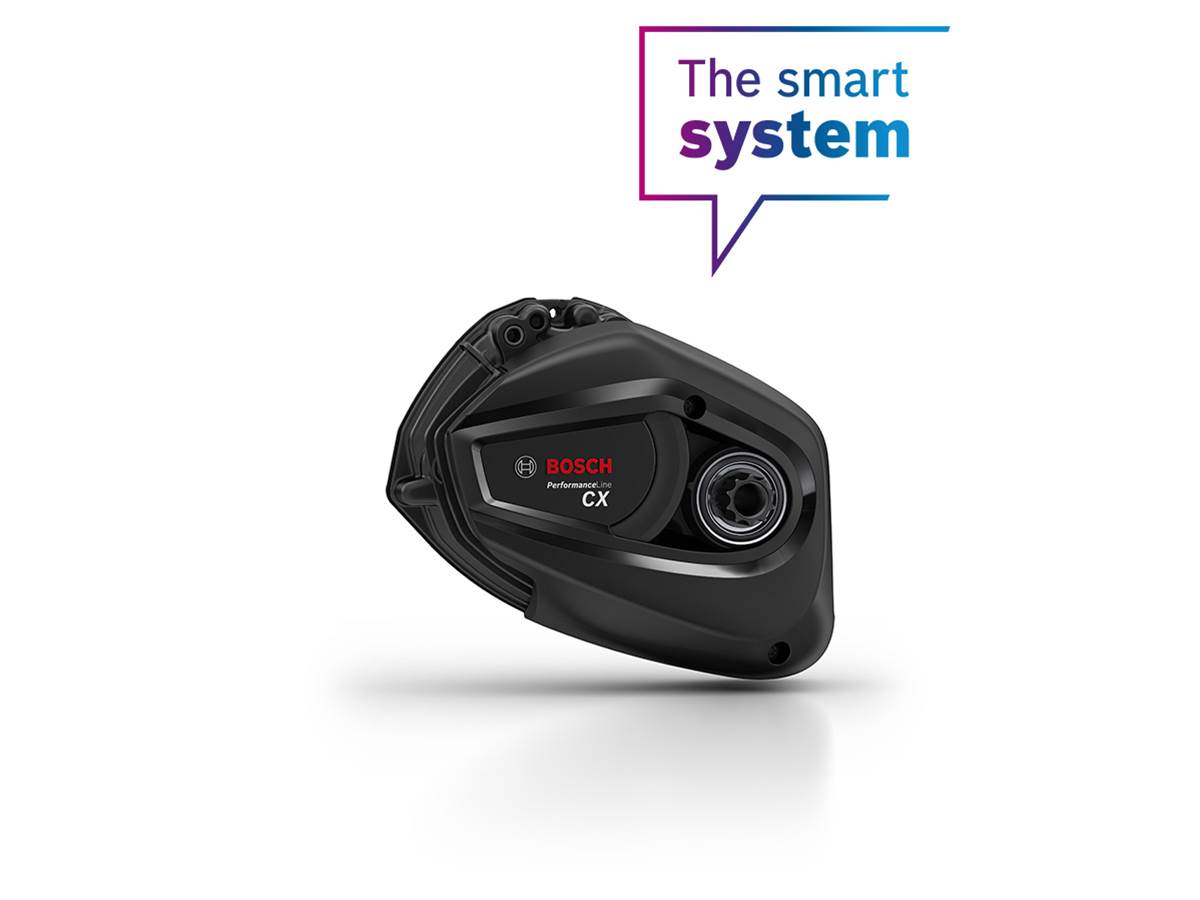 One positive change is the Smart System Motor’s compatibility with Bosch’s ‘ConnectModule’, which is a theft protection measure mounted to the drive unit. Bikes with the ConnectModule can sound alarms to deter thieves, and bikes can be tracked using the new eBike Flow app, which is covered further down in the article. 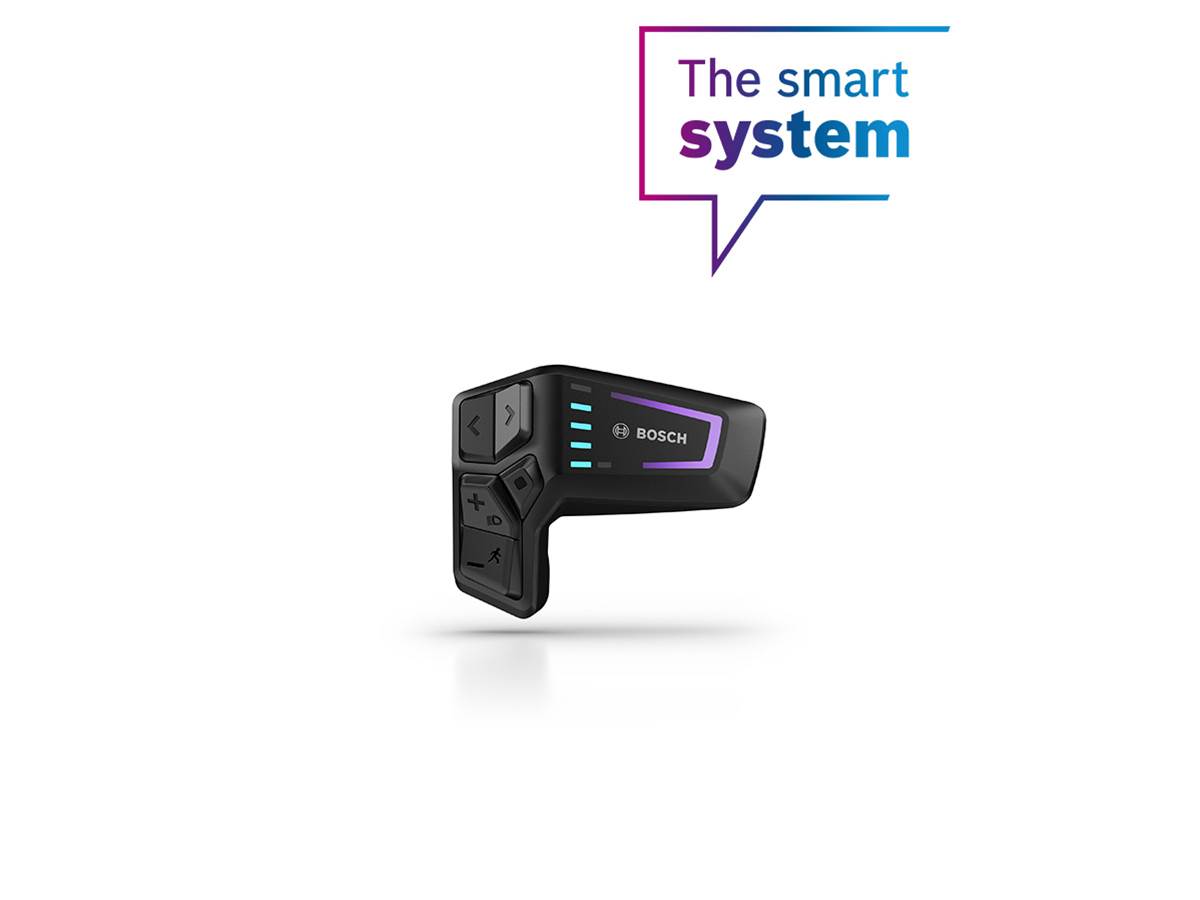 The new LED remote is Bosch’s first foray into offering eBikes without a display, and it uses different colours on the right side of the Bosch logo to let riders know what mode they’re riding in, as well as 5 bars on the left side of the logo to show approximate remaining battery. This is a real trend in the eMTB space, and something Giant recently implemented in their new Reign E+ Range.

To compensate for the lack of display, Bosch are pairing the LED Remote with the eBike Flow App. Riders can connect to the app via bluetooth when riding to check any additional metrics not provided by the remote. This app connectivity also allows for wireless software updates (hooray!). 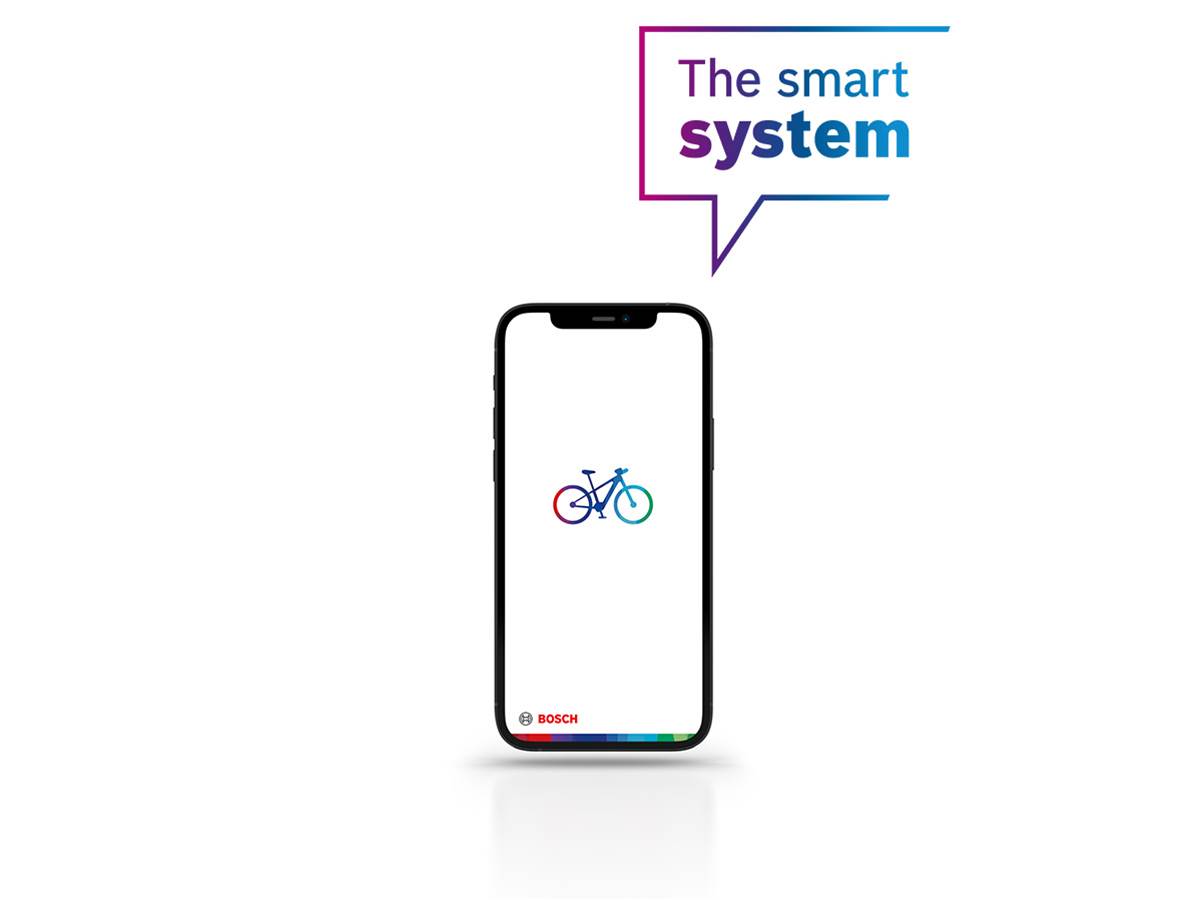 The eBike Flow App is one of the most exciting upgrades the Smart System offers.

As we mentioned in the LED Remote section, the eBike Flow App means riders with a Smart System bike can now perform software updates wirelessly. The app also provides new possibilities when it comes to theft protection and integrates with third party apps such as Apple Health.

When you open the app, it’ll be tailored to the brand of bike you own, so the layout of the Trek eBike Flow App will differ to the Moustache variant. The app will give you all the other information you’d expect, such as distance metrics, range, service intervals, and component usage. Whilst the LED remote only displays approximate battery remaining using 5 bars each representing 20 percent, the app will give you the exact percentage of battery remaining.

The eBike Flow App will also make it easier for riders to tune their ride modes (much like Shimano and Specialized offer in their apps), however Bosch's Tour+ and eMTB modes are great starting points. 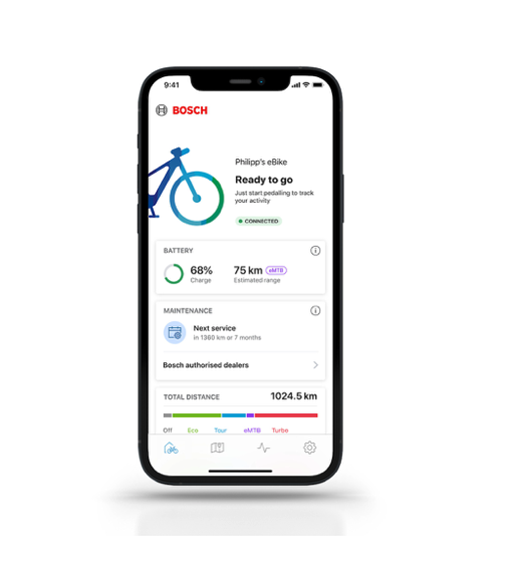 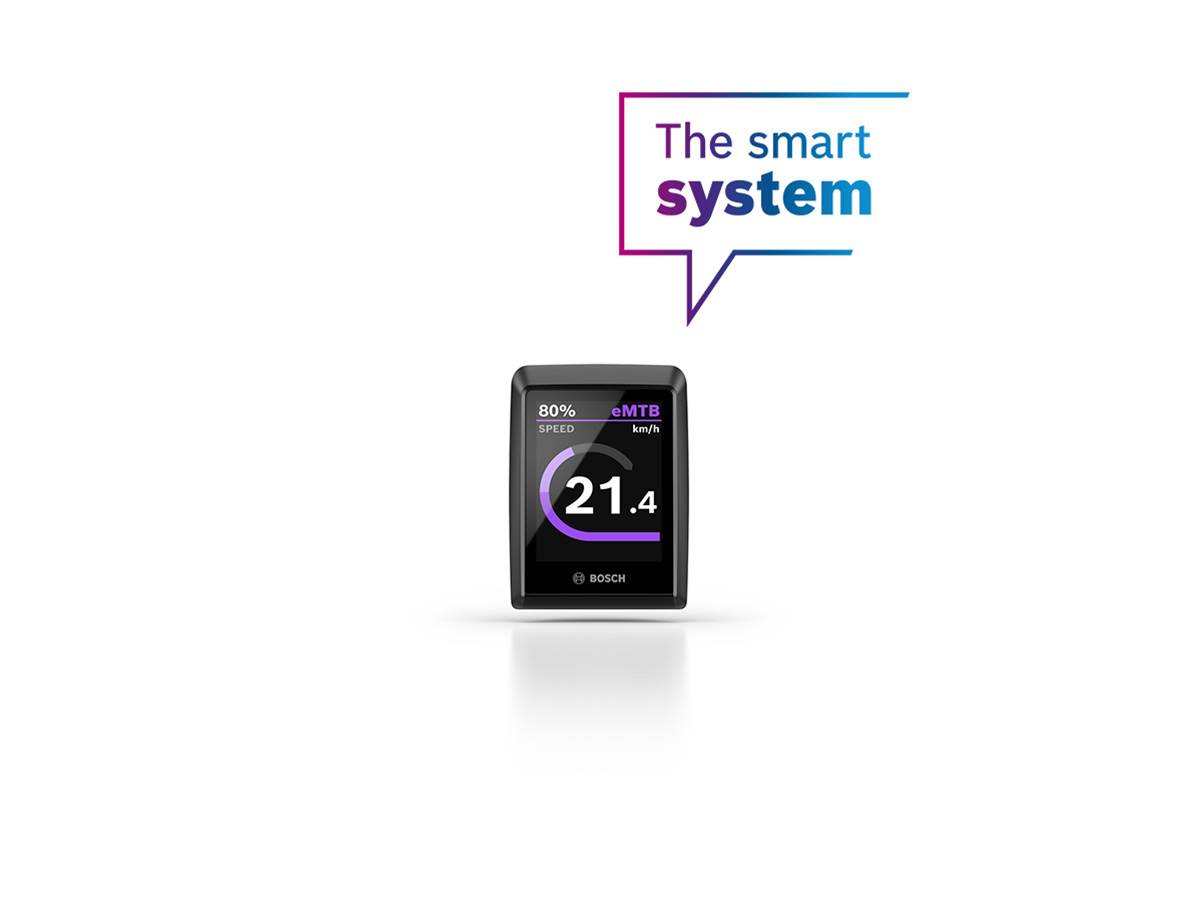 The Kiox 300 is the only display currently offered with the Smart System.

Bosch’s original Kiox is undoubtedly the best display unit for eMTB riders, and we discussed this in our review of the Trek Rail. The Kiox 300 continues in this direction, with a robust screen and the ability to mount the display where a cycling computer would normally sit. The Kiox 300 is slightly larger than the current Kiox, so more aggressive riders may prefer to run the more minimalist setup of just the LED Remote.

The Kiox 300 display is currently the only display compatible with the Smart System, although Bosch have confirmed new displays will be introduced in the coming years. 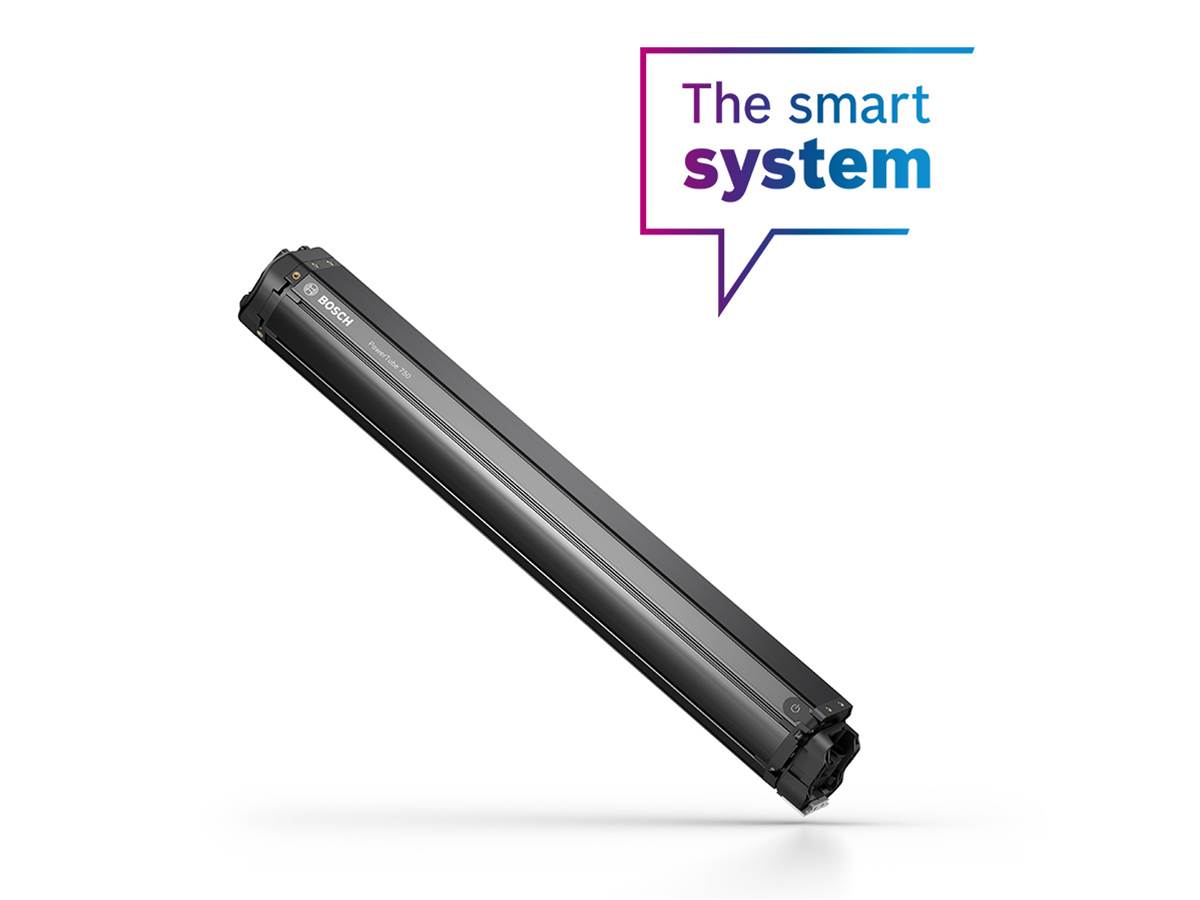 The PowerTube 750 is Bosch's largest battery to date.

Looking for a Bosch powered eMTB? Check out our Bosch eMTB reviews below: 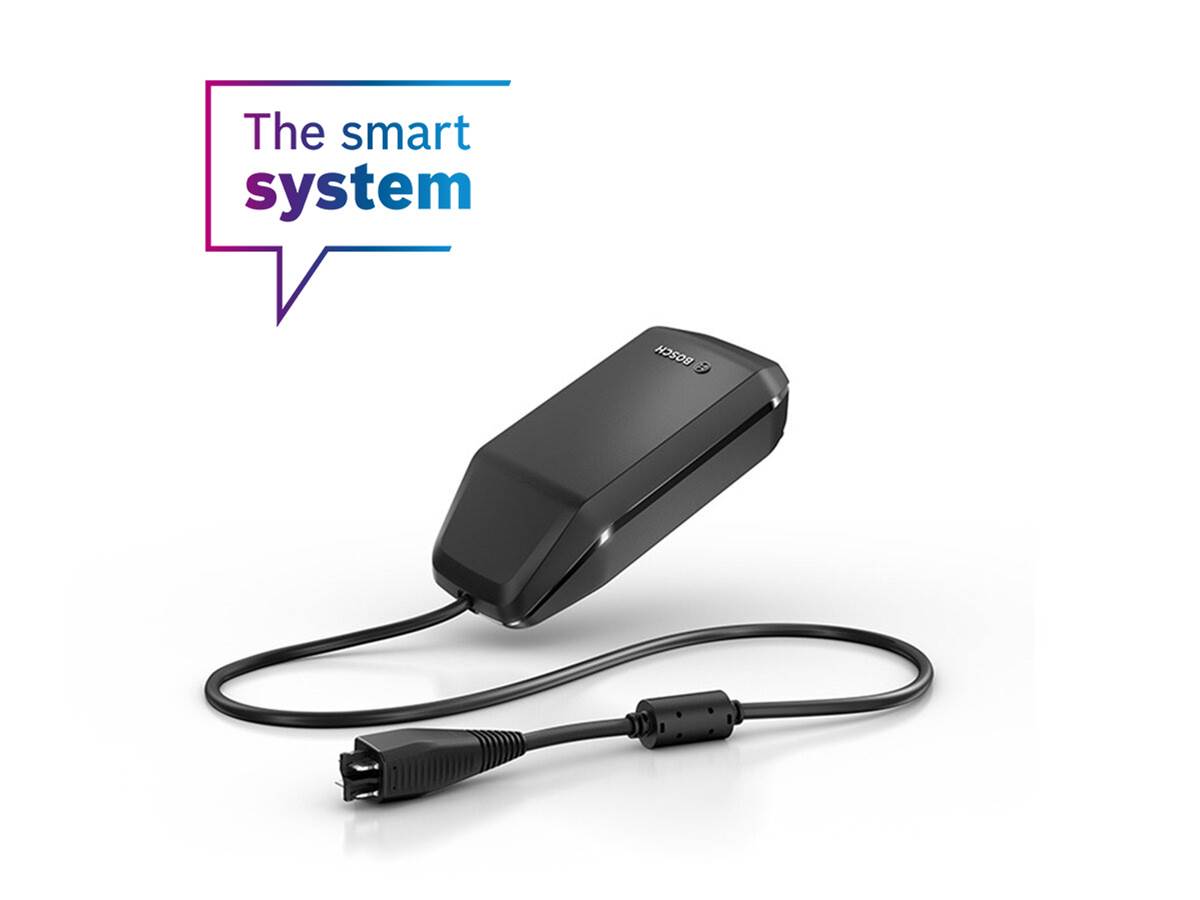 The 4A Charger is the only charger on offer with the Smart System.

The 4A charger is a fast charger, and the only charger currently available with the Smart System. A full charge of the 750wh battery will take 6 hours and fifty percent can be reached in just over two hours.

All in all, the Smart System is a big step forward for Bosch, and I think we’ll be seeing a new top of the line Smart System Motor sooner rather than later. Expect to see Smart System on plenty of eMTBs from midway through next year.