The Cape Epic has captured the imagination of mountain bikers around the world, and increasingly it has lured road cyclists, triathletes and others who may not consider themselves mountain bikers to tackle one of the most difficult mountain bike events in the world. And the race in South Africa draws the focus of the world for 8 days, but this event isn't the only type around. There are countless mountain bike stage races in the world, and in 2017 I met with Cape Epic founder Kevin Vermaak, who said he dreamt of a world wide series of stage races, with smaller events for riders to gain experience in. Step to the current day and we can see that with Port to Port, Cape to Cape and Reef to Reef all falling under the one umbrella of the Oceania Epic Series, along with The Pioneer in New Zealand, this dream is well on the way. And of course the other Global Epic Series event to match the Cape Epic and The Pioneer? That is the Swiss Epic, which starts on 20th August.

I have raced the Swiss Epic before, in 2015, when the race ran in the canton of Valais in the western side of Switzerland. 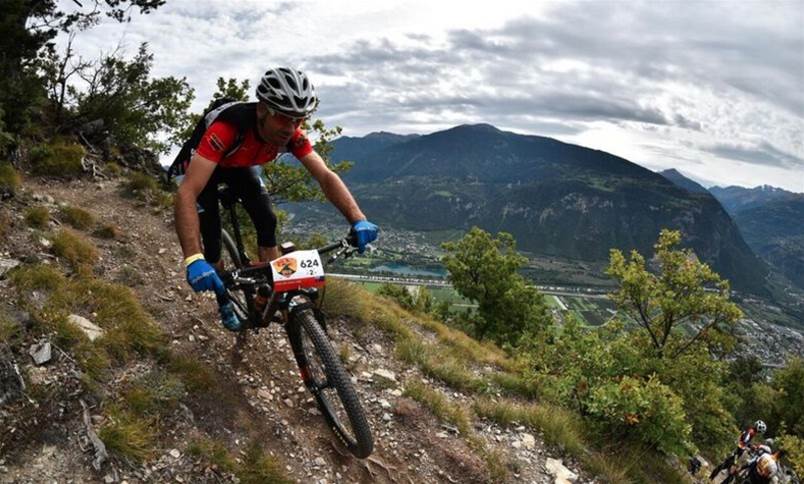 Throwback to 2015 and highposting on head angles steeper than 70 degrees!

The tough 6-day event was actually two events in one. A standard stage race akin to 6 marathons in a row (ok, the 25km prologue was shorter), plus the Swiss Epic Flow - an enduro style race which included uplift, harder descents, but some timed ascents too.

Now for the 6th year, the Swiss Epic moves to one of the best areas in the world, and perhaps my favourite - Graubuenden. The largest canton in Switzerland, the eastern side of the mountainous country mixes high mountain passes, raw trails, flowing rivers and amazing towns to visit. And this is the new home for the Swiss Epic.

We start tomorrow in Davos, and while the skies are heavy and dropping their load, I don't think it will dampen the spirits of the 300 teams who are here from around the world to race to St Moritz and beyond. We will tackle the Alps Epic Trail, Corvigilia Flow trails, some of the Lenzerheide World Cup course and much more - including the high alpine trails up, over and down the Albula Pass. Some riders are here to experience the Swiss hospitality, as we stay only on hotels and eat only in restaurants. Some are here for the trails, which have received global acclaim by riders such as Thomas Frischknecht, and some are here to knock of an Epic Series event. If you complete all three you end up as an Epic Legend. And that's a medal for the pool room.

Stay tuned for a feature on the updated Swiss Epic later this year, as I compare it to the other Epic Series events. The 5, 6 and 8 day events beyond our shores are the perfect stepping stone once you have ticked off one of the 4-day Epic Series events at home. Grab a team mate, get an entry in and get training. 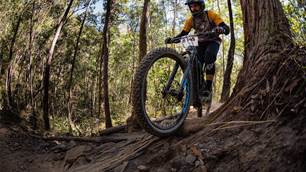 Are bigger Super Netball benches the way of the future?