Mountain bikes have continued to evolve, and the bikes available now are far more capable than even five years ago. While there is still progress to be made in some parts of bicycles, in many areas improvements are made via integration, to improve stiffness, strength and weight. One piece handlebars and stems are not a new concept, but they are growing in popularity. In the road bike market they are common place, and we may see a shift in mountain bike use on the coming years.

Bontrager released their RSL one-piece handlebars and stems in early July. There are 5 models available, two with a 27.5mm rise and 820mm wide bars and short 'stems', and three with 750mm wide flat bars, with 70/80/90mm 'stems' at an aggressive -13 degree angle. I've had the shortest reach flat bar model on my bike for a couple of months. 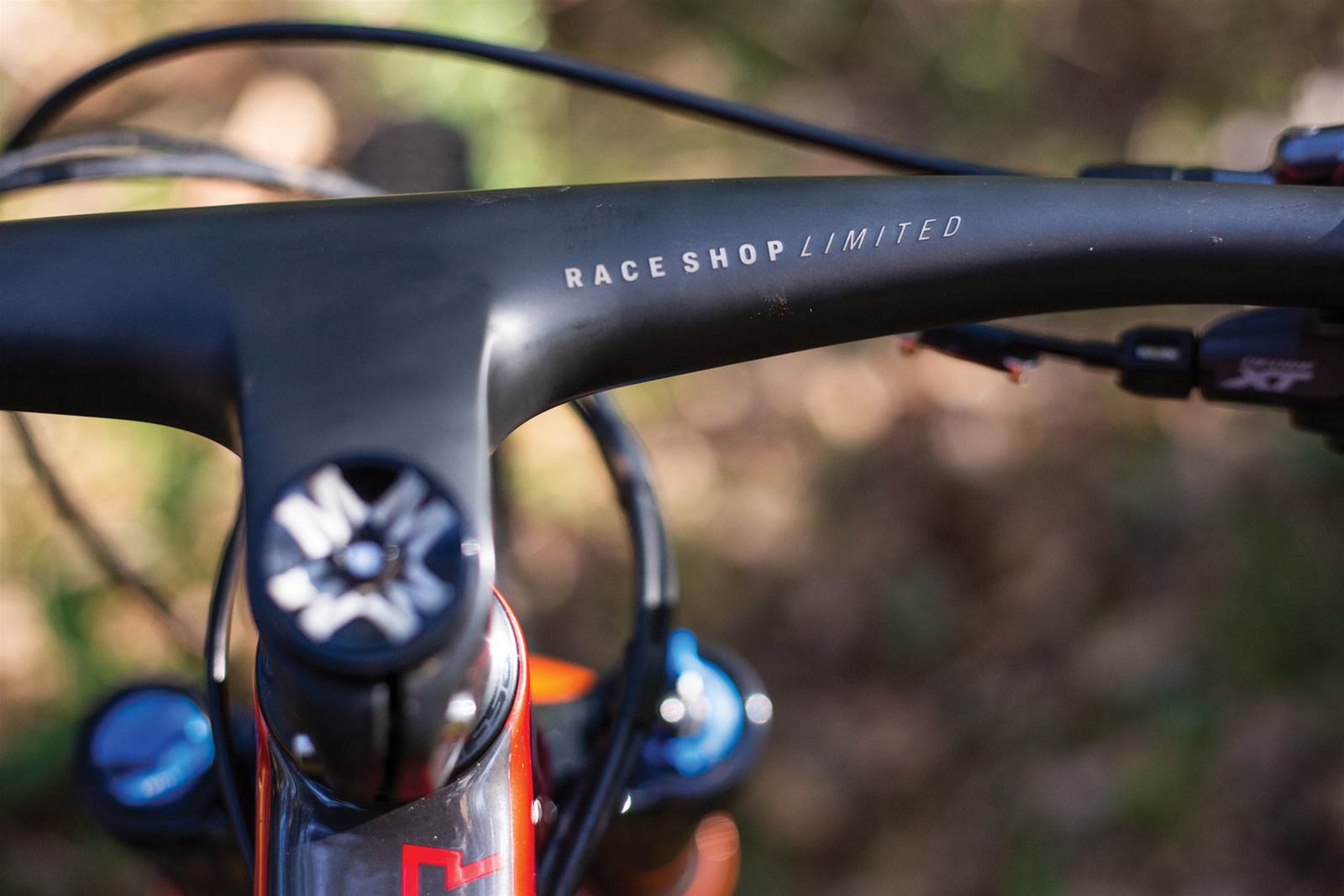 The handlebars are made from the excellent OCLV carbon that Trek use in their frames, with Titanium bolts and replaceable thread inserts for the two stem bolts. At 236g, the test unit is impressively light. The trail/enduro riser bar versions are 230g and 250g, depending whether you get the 35mm or 45mm reach.

Setup is a cinch, with marks to get your levers in just the right position, and lines for trimming the handlebars down. While 750mm is a little narrower than I would normally run, it's wider than some would use for racing bar to bar, where often 700-740mm is the norm for more clearance. A one piece unit means no chance to play with the bar roll for fit, but I never found the need and found everything felt right from the get go.

If you need to mount a GPS unit, lights or a GoPro, Bontrager do have their Blendr mounting system which uses the single bolt mount on the front. I just ziptied my Wahoo mount on top of the effective bar and stem intersection. It's not pretty but it prevents anything protruding from gettin caught under my front brake hose on compression. 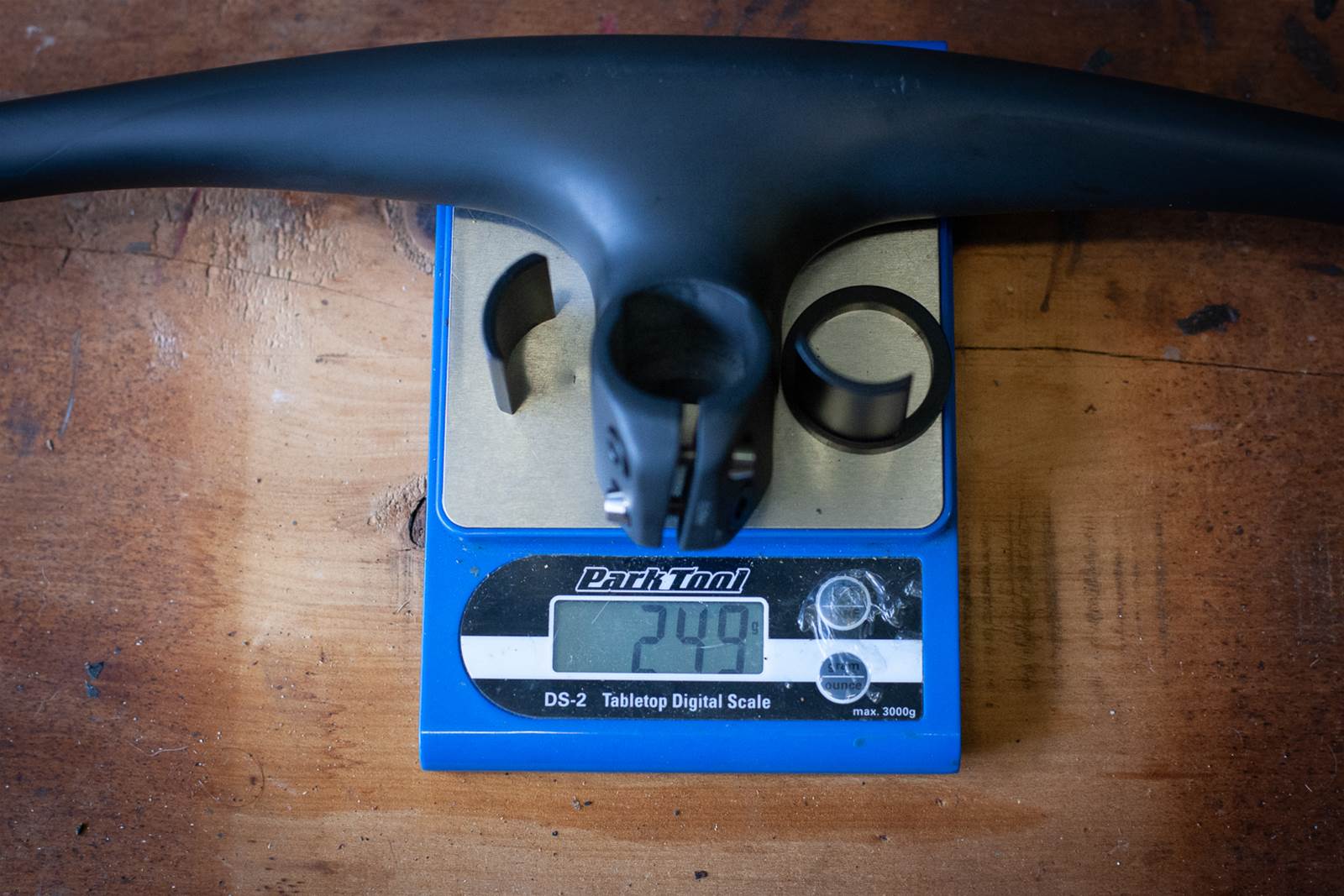 If you're looking at the 236g weight and thinking this is a weight weenie item, you're half right. You  can achieve that weight with other parts, for less than the $599.99 that the RSL unit costs. From the first corner it was obvious that weight wasn't the real bonus with this setup. The important gains in the cross-country world right now are all about stiffness for precision handling, as shown by the updated Fox 34 SC and also the 2.4” Pirelli Scorpion XC RC, both also reviewed in this issue. The RSL unit felt far more precise than what it replaced, be it out of the saddle on a climb, or pushing hard into a corner or landing a jump.

In much, much more milder terrain, I still found the benefits noticeable. While I had never thought my last handlebar and stem were flexy, I knew they weren't the stiffest options out there. But the move to the RSL cockpit has created a more direct feel to the front of my bike, from steering input through to just holding on in steep terrain.

After more cockpit reviews? See below:

While I don't think XC handlebars need to be super wide, I would have preferred if the bars were a 760mm width as stock, and even if there was a 60mm stem length model. The trail and enduro models at 820mm wide and 35 and 45mm stem lengths look to be spot on, and at barely any more weight than the XC variant I have, I can imagine for anyone looking for a svelte and strong upgrade to their trail and all-mountain bike, it would be hard to look further.

Overall, I really liked the increase in ride feel with the RSL cockpit. At $600 it won't be for everyone, but if you are looking at a carbon stem to match some carbon bars, you will probably realise that there isn't a huge cost differential, and the RSL unit also removes some bolts and a stem clamp from the equation, which is an area where poor fitting can create issues. The RSL handlebar and stem would be an ideal upgrade for anyone looking to really put a sleek, light and strong cockpit on their bike. 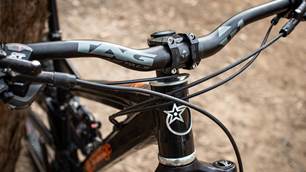 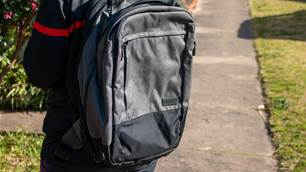