We have a new frame in for a long term test here at AMB - here's why we chose the Transition Smuggler.

After using a Norco Sight for testing trail bike parts for a little over 12 months, it was time to switch it up and get a new trail bike frame for long term review and to test some of the sweet new parts hitting the trails - like Shimano's Deore XT M8100 12-speed group set, and the new Marzocchi Bomber Z2. The Transition Smuggler ended up coming out on top. But why?

The Transition Smuggler is a shorter travel, 29" wheeled trail bike. With 120mm out the back, the front is built around 140mm of travel. You could think of it like a reverse mullet, party up the front and business out the back. Transition say that it defies categorisation and I think a lot of people might struggle to see where it fits if you just stack suspension travel numbers up against other popular trail bikes. But without getting too crude... it's how you use the travel.

Bikes are about more than just travel, and the Smuggler carbon frame we have is super stout, with large frame tubes and pivot points, for what should be a really stiff frame. There's plenty of standover height and best of all, the geometry is right where you'd expect it to be for a modern trail bike.

The large frame here has a 475mm reach with an effective seat angle of almost 76 degrees. That keeps you over the centre of the bike when climbing, but the length aids stability when charging descents. The 66 degree head angle is slack but not crazy, and is matched with a suggest 43mm fork offset. We'll be using a 44mm offset Bomber Z2. Transition called it SBG, or Speed Balanced Geometry. The bike industry spews out acronyms but the concept is similar to what many manufacturers are doing now. Transition just got a head start.

These sorts of geometry refinements are what you expect to find on almost all newer bikes be it XC through to enduro sleds. By combining greater reach with a shorter stem and a slacker head angle, you end up with a stable bike that is still agile and responsive (not forgetting shorter chainstays to assist with agility). Throw in a reduced offset fork and it means the front wheel isn't so far out in front that it's hard to keep weight on it to stop it wandering around on climbs, or pushing out in corners. 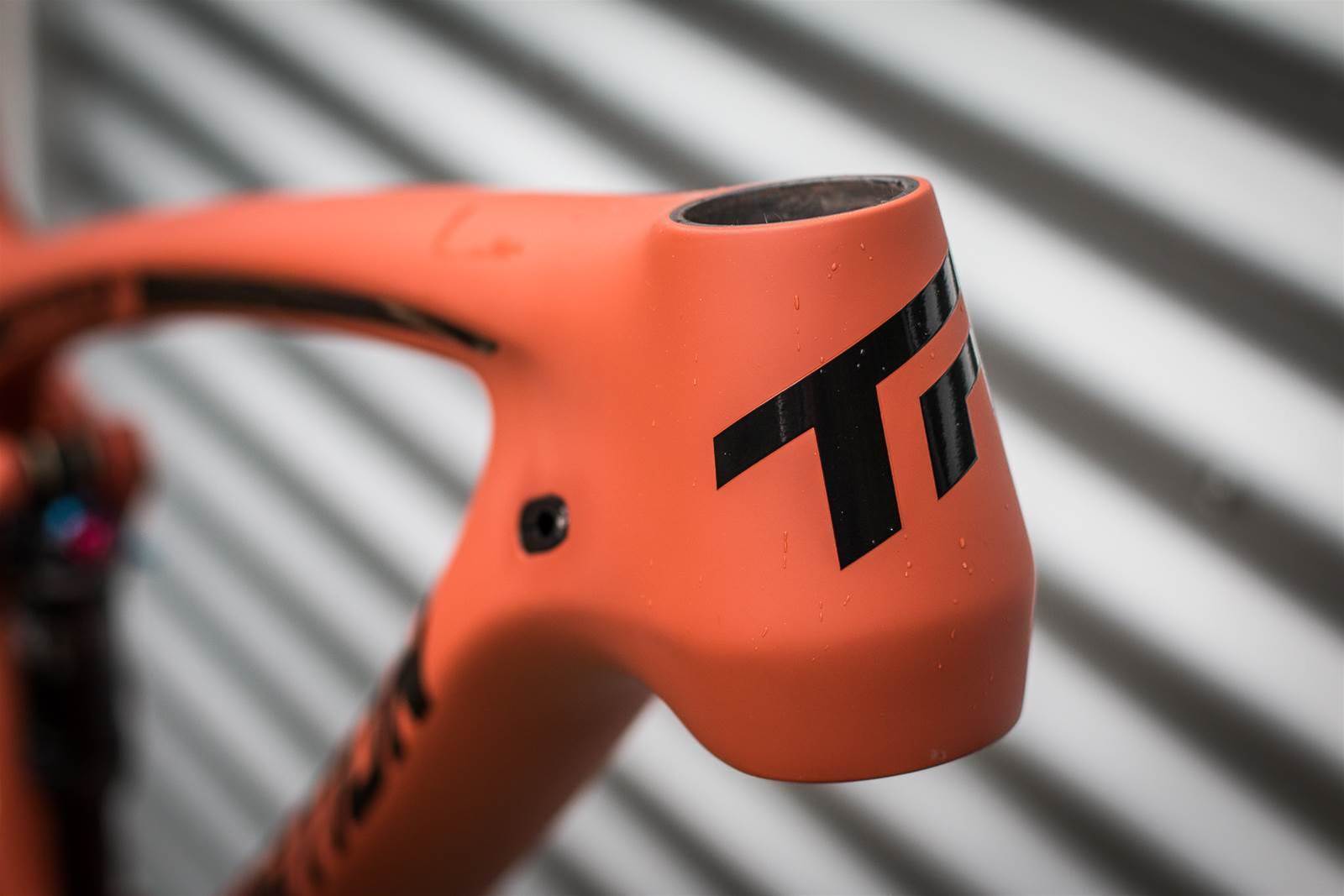 The head tube is massive!

While the Transition Smuggler is available as a whole bike through the Australian importers, we opted for the frame kit so we could build it up as we wanted.

Transition claim that the Smuggler is one of the best pedalling bikes they have made - which is a big part of the appeal. The majority of Australia's trail networks are built to ride, not shuttle. So having a bike that hauls on the descents is important, but you also want something that works with you and not against you on the inevitable ups. The frame weighs 2.99kg with a shock which is only a little bit more than the purpose made marathon bike we have been testing, the Momsen Vipa Ultra. 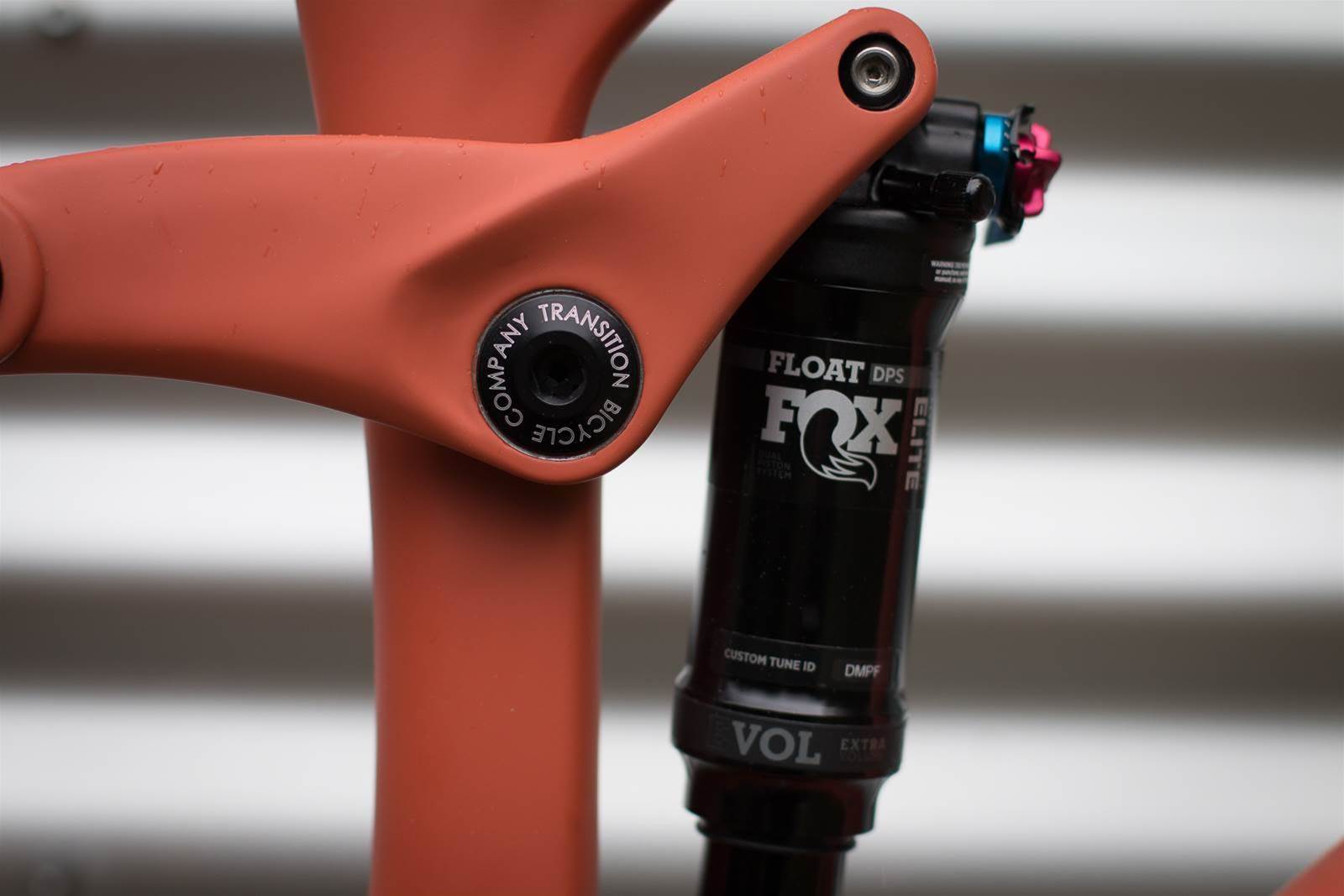 There's a Fox Float DPS Evol Performance Elite shock in the frame. It's easy to look at it and think it's a small shock on a big bike - but they are a very reliable and very capable suspension item. Will an upgraded shock be something we test during this period? Definitely maybe. The frame can take a bottle cage which some feel isn't essential but I think it is. I have no issues wearing a backpack to go riding, but I like the option to not need one.

The rear brake hosing runs externally, which is a nice change. Internal cables are cool, but brakes, like any hydraulic line, need to be cut to be fitted. With a frame like the Smuggler, most people would have this for many years. And that means strip downs for bearing services and all that. And that's a pain in the arse when you have to cut brake lines, shorten the hose a little and fit a new barb and olive each time.

Pet hate: it's routed to suit right to rear hose routing options best. But the external brake line beats that so it's still a winner!

The threaded bottom bracket shell is also a nice touch. These things work, and last. And there's easy access to help guide a dropper post cable or hose from the shell as well. The Smuggler frame has frame protection on the underside as well, which is a good touch for trail debris and roost from your front wheel. That's not a one stop shop for frame protection though. We've got the frame lined up for a Frameskin kit to add another layer of protection for all the bumps and bruises that mountain biking can throw at a frame. So, the build starts next week. The Transition Smuggler shold be just the right kind of bike for most of the trail riding around Australia. It'll come on the road to a couple of locations, and get used on local trails. It's not quite the rig you'd hand pick for a trip to Maydena Bike Park or time on the chair at Thredbo. But it would be fun at just about any other trail destination in Australia, even for throwing a number on for a local enduro like one of the Fox Superflow events run by Rocky Trail Entertainment.

Stay tuned for the build feature - this thing is going to be a whole lot of fun to get onto the trails. And that's what a trail bike should be! 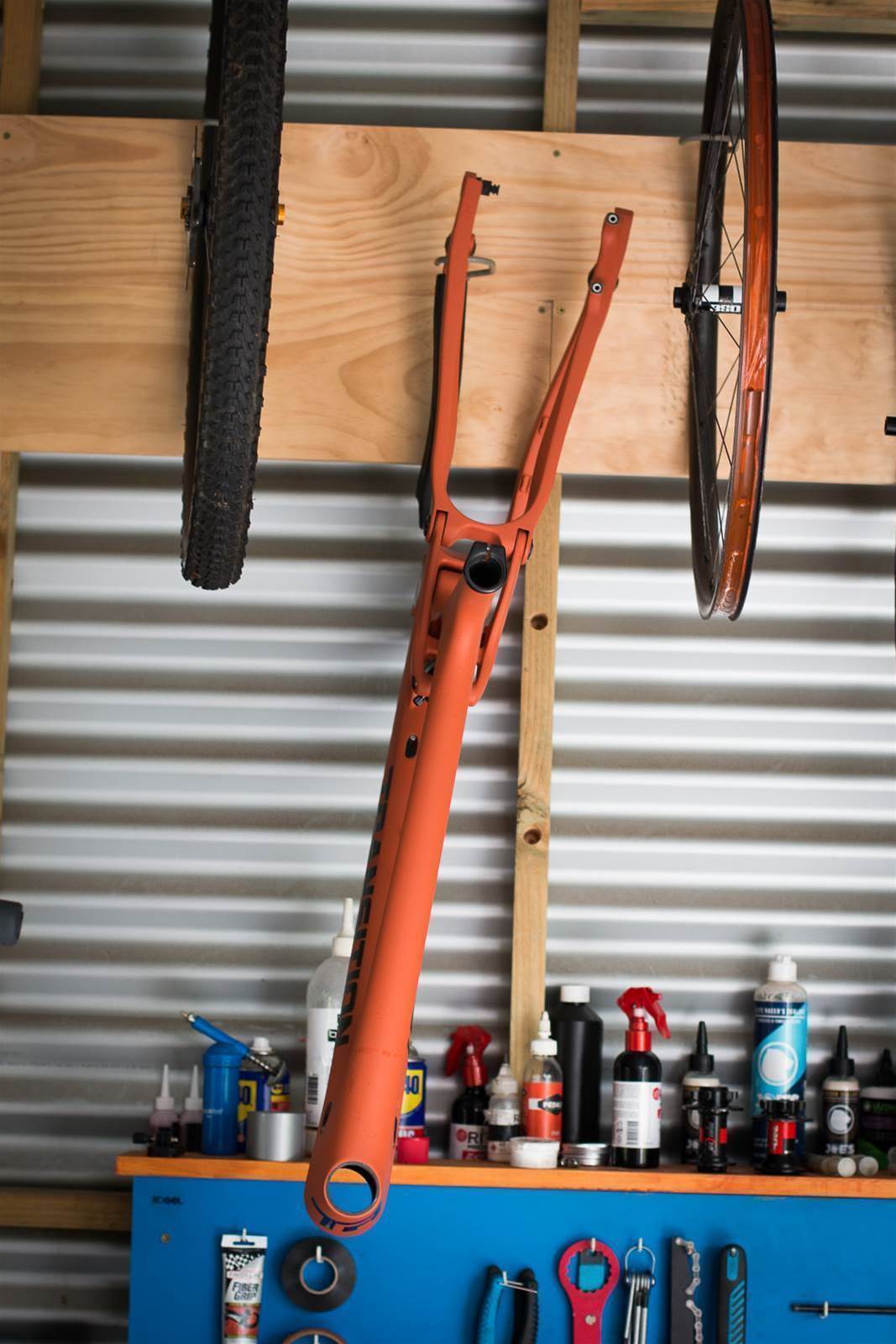