Sunday at Leogang saw the best cross-country racers in the world go bar-to-bar in Leogang.

The first World Cup double-header landed in Leogang in 2022, and after a slippery and wet start to the race week, Sunday was dry and warm for the cross country races. If you missed the Downhill coverage, make sure you catch up via our gallery right here.

Mathias Flückiger and Loana Lecomte doubled up in Leogang for the second straight year after they added a Sunday XCO victory to their Friday XCC wins to complete a perfect UCI Mountain Bike World Cup cross-country weekend. Swiss rider Flückiger dominated on Friday to take the XCC win from Romanian Vlad Dascălu and compatriot Vital Albin to bank 80 crucial points in the race for the 2022 overall title. And on Sunday, it was another fight between two Swiss cross-country warriors as Flückiger and legend Nino Schurter pulled away from the early leading group to set up another fascinating duel.

Just when it looked like multiple World Cup and World Champion Schurter would use his experience to get past on the final lap, Flückiger dug in on the final climb to open up a crucial downhill gap for the win.

South African Alan Hatherly managed to hold on for third spot behind with Dascălu fourth and Frenchman Maxime Marotte winning a photo finish to round out the podium back in fifth place. 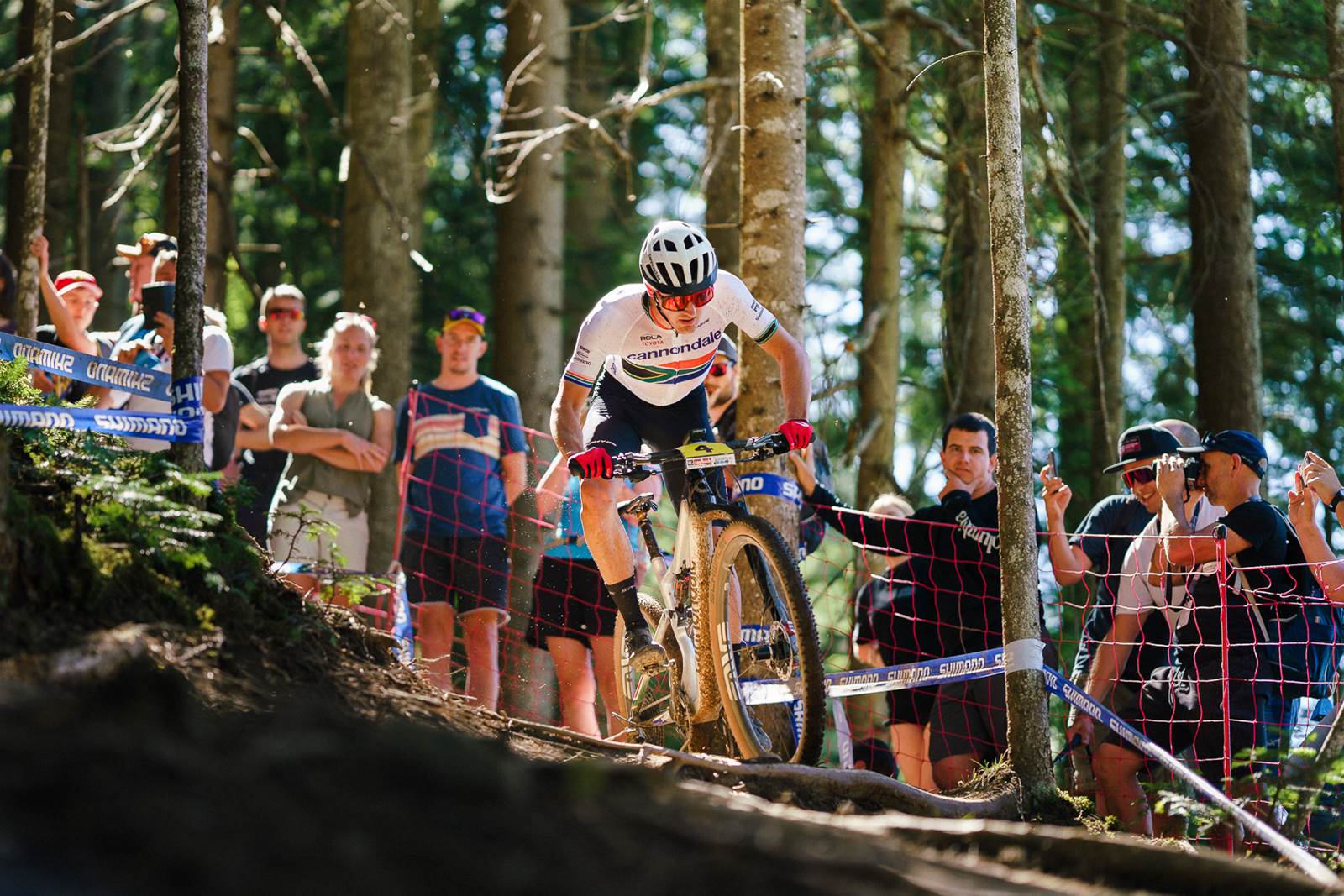 Flückiger, 33, said: "I am really exhausted. After Friday's win, I know I am in good shape but this was so tough. It was a great battle once again with Nino. It is a really demanding course here with so much climbing and you never have the chance to recover, while it is really hot today."

Hot being over 25 degrees in Europe, just for clarification.

Cam Ivory finished 66th, improving on his start in the early laps to then find his race rhythm for a strong finish. 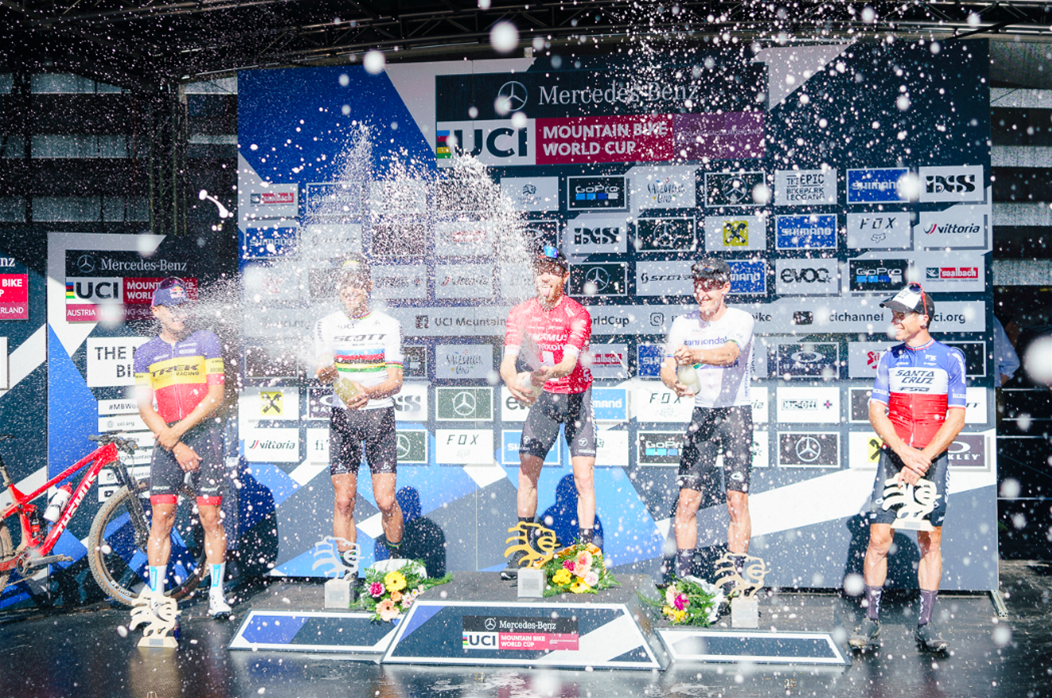 Lecomte rides to the top step in Leogang

In the women's race, the bunch lept off the start line, with Bec, Rissveds and more all vying for the lead. Austrian Mona Mittenwallner got caught in a crash, twisting her bars. The young rider looked distraight, before picking up her bike to run to the tech/feed zone. She took off in last place - not how she would want to start her home World Cup. Swiss rider Jolanda Neff took up the front running heading into the second lap with XCC winner Lecomte, Swede Jenny Rissveds and Bec McConnell close behind. But in time, Neff was fading - either from the heat or the pace of the start. Lecomte and Rissveds soon moved to the front on the next lap and Lecomte opened up a 29-second lead over Rissveds, which she increased to 47 seconds and then one minute and 13 seconds by the end.

Bec was in 5th and dropped back a little as Caroline Bohe caught up. Laura Stigger and Sina Frei were wheel to wheel for much of the race, until Stigger attacked on one of the climbs to secure 3rd position.

It was reigning overall champion Lecomte's sixth World Cup XCO victory and, just like Flückiger, her second perfect Leogang weekend in a row after both riders doubled up over the 2021 weekend. Rissveds repeated her second XCO place from last year, Austrian Laura Stigger was third and McConnell came in seventh to maintain a healthy 2022 overall lead after triumphing at the first three races. McConnell's 7th place keeps her in the lead overall, and it's a result she is really happy with, having admitted that Leogang wasn't about being in the best shape for racing. What's that mean? With the next World Cup a month away, in a series of 3 races in 4 weeks, many riders will be training through Leogang, or missing it entirely (like Pauline Ferrand-Prevot). With 9 races in the World Cup, PLUS World Championships in August, riders and their coaches need to be smart about their season plans.

U23 action in Leogang

In the women's U23, Zoe Cuthbert had a stand out result with 9th, with compatriat Izy Flint storming home in 43rd. The race was won by Puck PIeterse.

In the men's U23, Martin Vidaurre Kossman won by nearly 20 seconds, while Tasmanian Sam Fox finished in 19th, putting him in 15th overall in the U23 World Cup!