The Norco Fluid FS is all new for 2023 - and could be a sign of future plans from Norco.

Norco have just released an update to their most popular bike, the Fluid FS. Long billed as one of the most important bikes to get right, when we last tested a Norco Fluid FS, it started a new era for full-suspension bikes from Norco, with their design principles behind that design building the foundations for their Ride Aligned design and fit system.

Back then, we said:

'...each piece of the Fluid is put together to create a total package and not simply be different for difference sake. So maybe it's on trend and just ahead? I thought the Fluid would be ‘rowdy’ being different but instead its characteristics make it capable and fun, just about everything you would want from a trail bike. If you are looking for a bike to have fun tackling a wide range of trails at a very good price you will be more than happy with the Fluid FS 1.'

The slacker geometry, longer reach, steeper seat angles, greater tyre clearance and size specific stays would catch on, and the new Norco Optic, Norco Sight and even the Norco Range all developed from the same principles. The Norco Fluid FS was well-known for being more capable than many might consider, without needing to be ridden hard and fast to get the most out of it, like some modern trail bikes demand. As such - it has been very popular here in Australia. 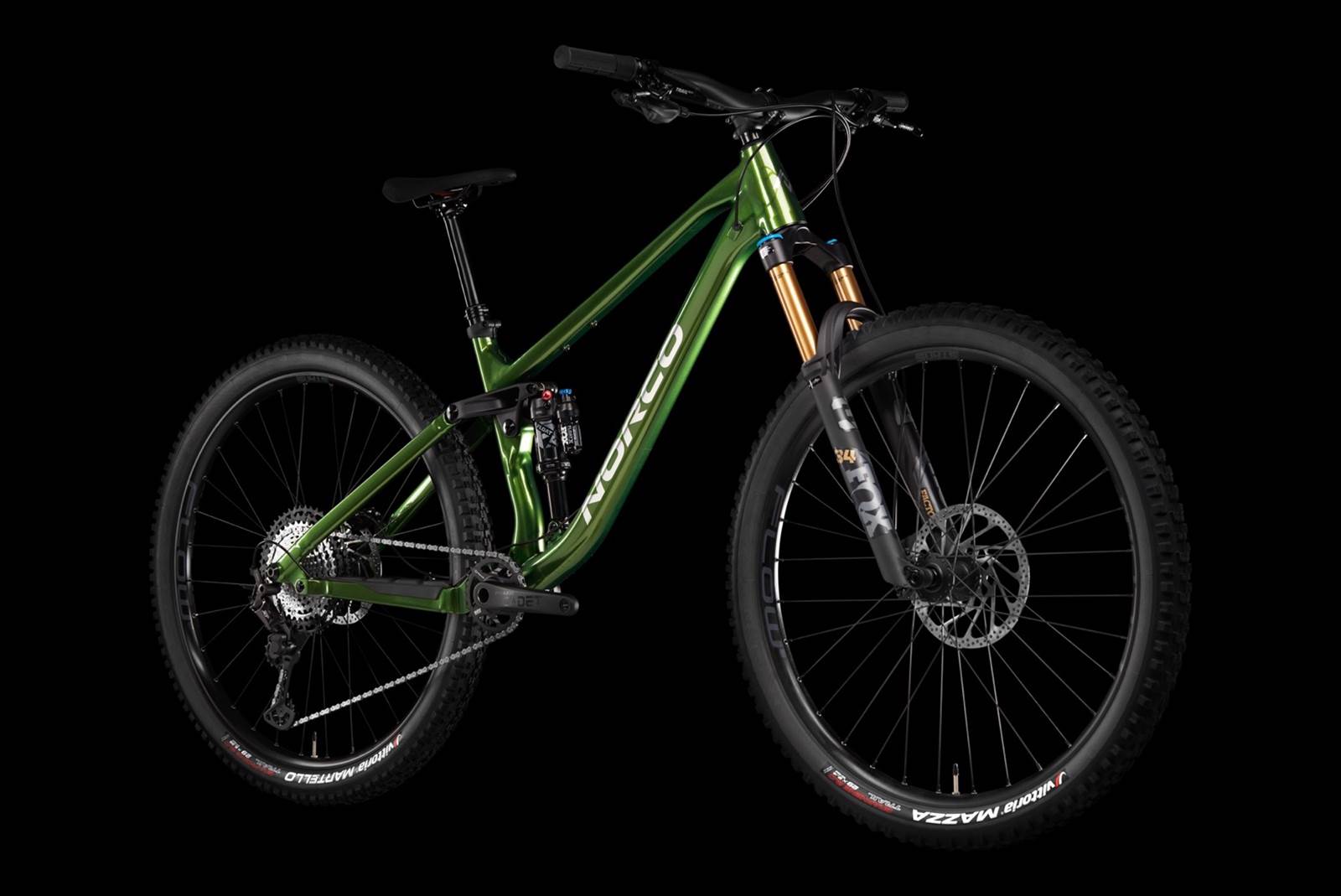 And now Norco are bringing the Fluid FS back to the forefront, and in their words they want it to suit 'every rider, every trail.'

All the details on the Norco Fluid FS

First and foremost, the Norco Fluid FS remains as an alloy trail bike. It is designed for a 140mm travel fork with 44mm offset, with 130mm travel in the rear. The Fluid FS is exclusively a 29er trail bike.

The geometry is pretty progressive, and Norco want the Fluid FS to be ready to shred, and ready to grow with riders as their skills progress. The Ride Aligned system means that the 5 sizes (S-XXL) have geometry that changes to suit the size of the rider. So while the head tube angle stays at 65 degrees for all bikes (back from 66.5 degrees), the seat tube angle gets steeper the larger the bike, to prevent tall people from feeling like they're sitting on the rear hub. The main aim of the geometry overhaul is linked to Ride Aligned, and keeping a rider centred on the bike no matter what size they are on. And while the travel numbers look similar to the Optic, you can expect the Fluid FS to be a blast to get out and ride - while the Optic tends to need the pressure of performance for it to really come alive. Is the Lazer Cage the safest full-face helmet?