DT Swiss is no stranger to quality components. With all DT Swiss offerings mechanics applaud their simplistic, robust internal workings and serviceability. The ability to still get parts for the older items, and the fact that many parts are cross compatible means the brand has etched itself into the cycling book of staples. When DT Swiss announced in 2019 that they were launching the new 180 hubs equipped with Ratchet EXP and equipping them in new wheel sets, we were keen to get our hands on them. We have already tested the light weight XRC wheels in both 25mm an 30mm internal rim widths. So now our interest turned to the XMC 1200, their trail and all-mountain wheels with a 30mm internal rim. There is also the EXC 1200 as an Enduro race wheel set. 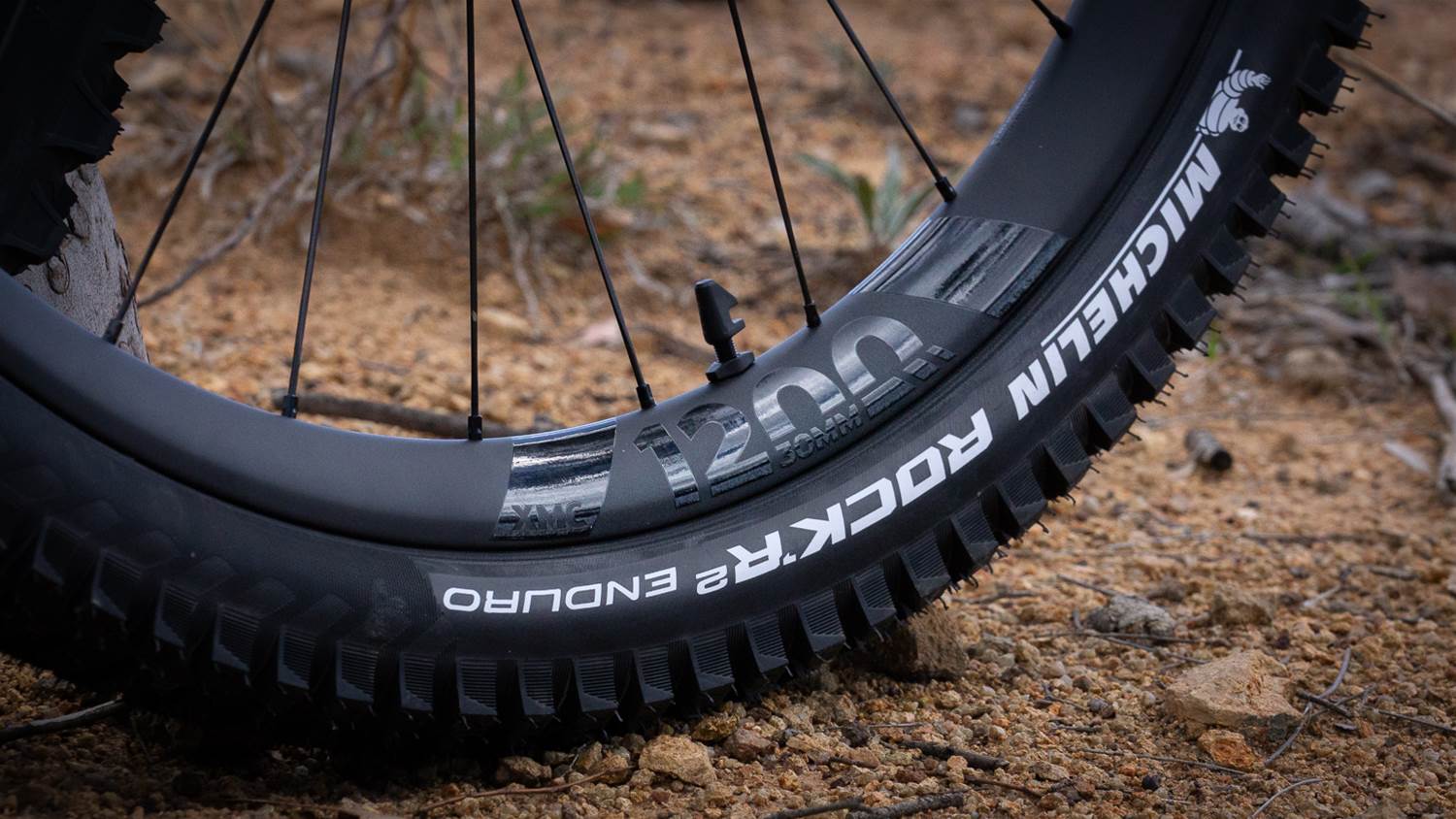 At the centre of the wheels, the Ratchet EXP equipped 180 hubs have half the amount of moving freehub parts, reduced friction using SINC ceramic bearings and the design betters the most reliable freehub in the bike industry - the current Star Ratchet System. The XMC 1200 is the ultimate “All Mountain” wheel set from DT Swiss, and it sports the completely redesigned and very slender 180 hub. Out of the neat and protective DT Swiss bags you will find pre-taped wheels with alloy valve stems, centre lock to 6 bolt adaptors and even a Shimano Micro Spline freehub body in addition to the SRAM XD fitted.

Both 27.5 and 29 inch wheel sizes will be offered in 148mm x 12mm and 110mm x 15mm Boost hub configurations weighing in at an extremely scant 1435g and 1539g respectively. So light are these wheels for their category that I was forced to weigh them, and double check what wheels had been shipped and what labels were on the box! 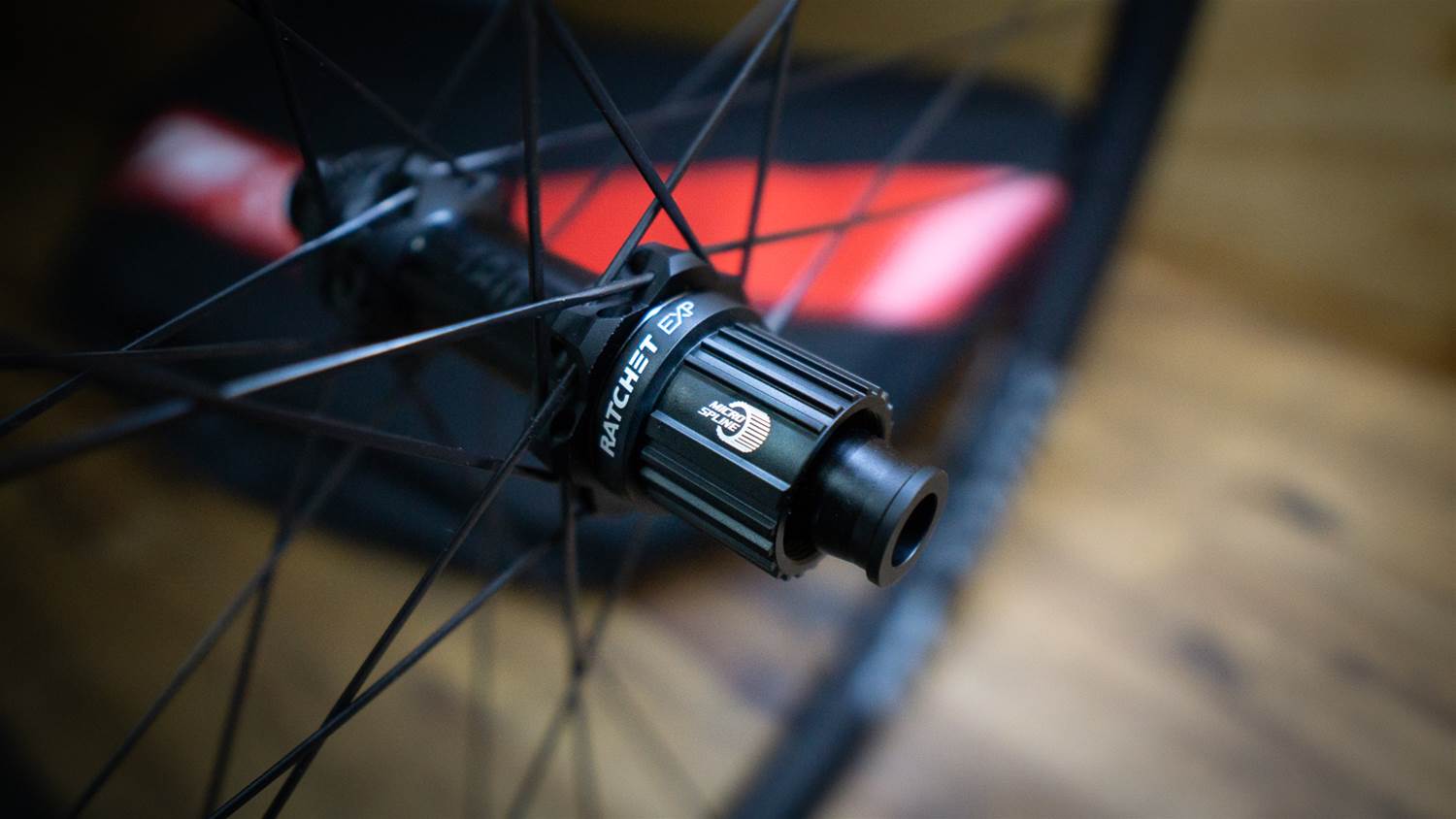 The finish of the rim is extremely high, no burs of loose fibers around holes and a good smooth finish on the hookless bead with what looks to be highly compacted fibres. Logos are minimal and informative, they are water laid directly over the unidirectional carbon rim keeping the weight down while remaining durable.

Front and rear wheels are equipped with the same 28 hole carbon rim, making your mechanics life and sourcing a spare much easier should anything happen on the trail. The front wheel is laced up using DT Swiss 2mm x 1.5mm Aerolite double butted spokes and a slightly burlier DT Swiss 2mm x 1.8mm Aero Comp spokes at the rear Keeping the wheels rolling exceptionally fast are the DT Swiss SINC bearings. If you love geeking out, they have balls made from silicon nitride (Si3N4) and a high quality steel/alloy set of rings. This Hybrid bearing makes corrosion between the ball and ring impossible, greatly reducing drag and increasing longevity. The two main bearings have been moved further outward due to the simplistic revamped Ratchet EXP’s low profile. This has increased the stiffness of the hub by a claimed 15%.

Tyre fitment was an easy task with a moderate depth channel in the center of the rim well. No need for tyre levers when fitting my current go to tyre combo either, the Michelin Wild Enduro front and Michelin Rock R2 Enduro out the rear. The combo has a relatively strong casing given the weight and has given me a trouble free baseline for many wheel tests and was installed without inserts. When inflating, there was no real need for a compressor or Flash Charger as the tyres bead sits snuggly the whole way around the rim, an audible snap ensured the bead was seated in place and I was ready to hit the trails.

Throughout the test I ran either 26.5psi front and 28.5psi rear or 25.5psi front and 28psi rear pending conditions with a rider weight of 75kgs including gear. DT Swiss recommend a system weight limit of 120kg on these wheels – so that's the weight of you, your bike and your gear. These wheels are light, and that is noticeable from the very get go. Despite normally changing between strong alloy wheels and many boutique high end carbon wheels the XMC 1200s are exceptionally low weight. This does have a lot to do with the huge weight saving of the 180 hubs, but out of the saddle and maneuvering the bike around under you less weight is just less effort plain and simple.

The XMC 1200s are very quiet to ride. Stiff, yet compliant enough to deaden out big hits and trail chatter leaving you able to hear your tyres doing their job. The new Ratchet EXP freehub is so smooth and quiet, feeling like its completely disengaged when coasting the bike surges forward when pumping fast sections of trail. Ceramic hybrid bearings are noticeable over the wheels' predecessor and made maintaining speed noticeably easier on the same trail/bike/tyre/pressure combo which was very impressive. Initially I was concerned how the XMC 1200s would fair on the rocky trails I typically ride given their petite weight figures. With all riding performed without inserts there was more than a few solid hits front and rear that made my hairs stand on end, most recently at Thredbo where I was running one psi less in the front than normal to find traction in the dust. Fatigued, towards the end of a run I clobbered a rock hard, nearly pitching myself over the bars, being taunted with that horrible sound of rim hitting rock. With no loss in pressure I pressed on to the bottom, peeling off discreetly before the finishing chute to assess the damage. There was a visible cut in the tyre and outer casing along with a small chip in the matte clear coat. Safe to say these wheels are tougher than I imagined and they continue to impress. The one thing that must be mentioned about these wheels is the rear hubs engagement, at 36 points or 10 degrees, its considerably less buzzy than I’m used to and what is the industry norm. Is it an issue on the trail? Well, Initially I thought it would be but the more I ride these wheels the more I am enjoying how simple this system is. Unlike a “pawl” style ratchet where high amounts of load are placed on 2/3/4 or 6 “teeth” there is often an audible clunk when engaging under load when the pawls aren’t quite lined up. With the previous DT Swiss Star Ratchet and now Ratchet EXP, all 36 points actually engage simultaneously ensuring an instantaneous transfer of power. Yes there were moments on techy climbs where I could notice the “lag” when I stalled or paused but there was no clunk, no groaning and no loss of momentum.

For the sake of serviceability, ease of use and what I believe the most robust system in the market, I would be happy to have less buzz and less problems.