A lightweight dropper post is an enviable component for XC racers. Mike Blewitt shares his thoughts on the BikeYoke Divine SL.

While the world of cross-country and marathon racing was a little slower to adopt dropper posts, since about 2017 we have seen the upper echelons of the sport flooded with telescopic seat posts. Even at the Cairns World Cup in 2016 dropper posts were in the majority on the front rows of some XCO categories. Riders like Julien Absalon and Jolanda Neff may have lead the charge with dropper posts, but now you'll be hard-pressed to find more than a few top riders who still high post. The same trend is amplified on the trails and between the tape at local events, with riders reaching for the benefits of a dropper post – although there are clear advantages to picking the right model.

Anyone who has used a dropper post for a few years knows what the disadvantages of some models are. Some are really heavy, some get squishy and have very short service intervals, and some get side to side play sooner than you would like.

In cross-country and marathon racing, low weight and reliability rules. KS lead the way with a 65mm version of the Lev Ci dropper post that weighed 438g in 31.6mm. The drop available has since increased, with longer drop models actually coming in a little lighter. More recently DT Swiss released the D 232 One dropper post, which has a carbon mast top and alloy lower and 60mm of drop at 369g. It's simple design can be serviced with the post fitted, which is a huge bonus for racers.

BikeYoke earned themselves a popular position in the dropper post world with their Revive dropper. With the ability to reset the internal hydraulics with a simple 4mm allen key movement, it set a new benchmark for ease of use. We recently reviewed their latest 213mm drop model – and it's still leading the way for reliability – and drop!

The Divine is the simpler dropper post range from the German brand, with the Divine, Divine SL (as tested here) and Divine SL Rascal available. This post has slightly more basic internals than the Revive, but a full drop resets the internals – so it still fends off squishy posts. While the Divine is available with up to 160mm drop, the Divine SL is stripped to the minimum, with an 80mm drop and a weight of a hair over 400g for the 31.6mm test post. Not only have BikeYoke reduced the external dimeter of the top of the post to trim weight, but the mechanism sits well up inside the post – and it means you can even trim excess seat post if your frame and bike fit allows it. This can lob about another 50g off the post. If you know you don't need much post, look up the Divine SL Rascal – it's the same post but already cut. This makes it ideal for smaller frames, and it weighs from 365g (in 30.9mm) and has an overall length of 320mm. 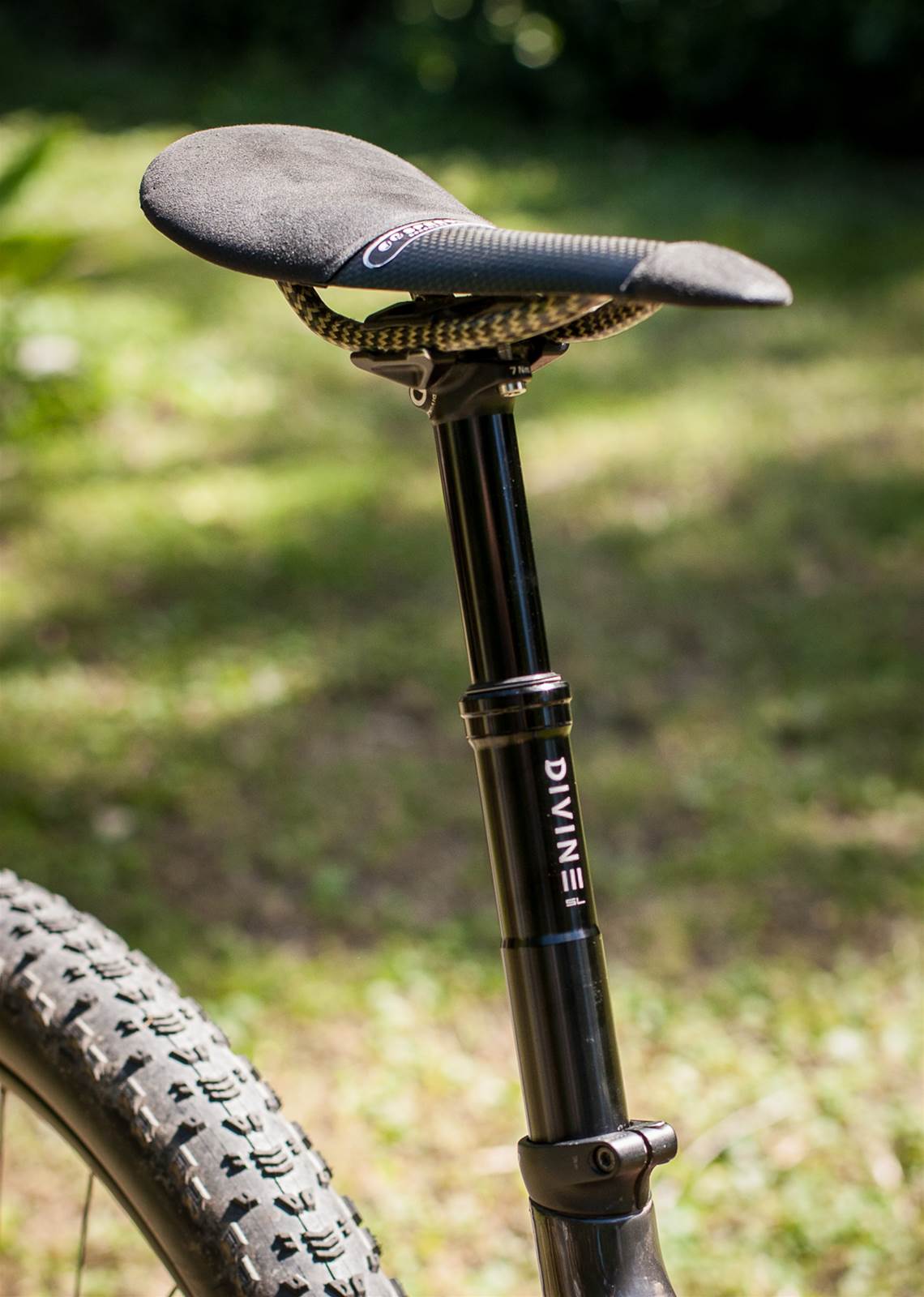 The recessed mechanism does add some complexity for setting up the post, as the cable attachment is now well inside the lower part of the seat post. The BikeYoke design has the cable head at the end of the dropper, with the cable clamped and cut at the dropper lever. BikeYoke have a specific tool that comes with your post, but it's another thing to carry to an event. You really need to get the outer cable the right length for the system, and I did trim it a couple of times to get it right. While setup seems finicky the first time, when I replaced a cable while at the Dragon Trail, it was an easy fix in the camp. But if I didn't have the tool with me I would have been stuffed. So racers beware – it must become a part of your regular tool kit for servicing and repairs at events. It's made from plastic and isn't heavy, but you'll need it on hand just in case. To be clear, I was replacing a cable as I'd crimped it too hard and a strand had broken, so I didn't want to risk being dropper free and high posting off the Blue Tier. Or pedalling for the rest of the stage with a seat height 80mm too low.

This post was combined with the 2-by remote, due to a remote lockout sitting under the bars already. The two Titanium bolts for saddle fitting were easy enough for saddle setup, although the T25 head is quite inline with the post so you'll need to be careful to not scratch the upper of the post with the lower edge of the tool. 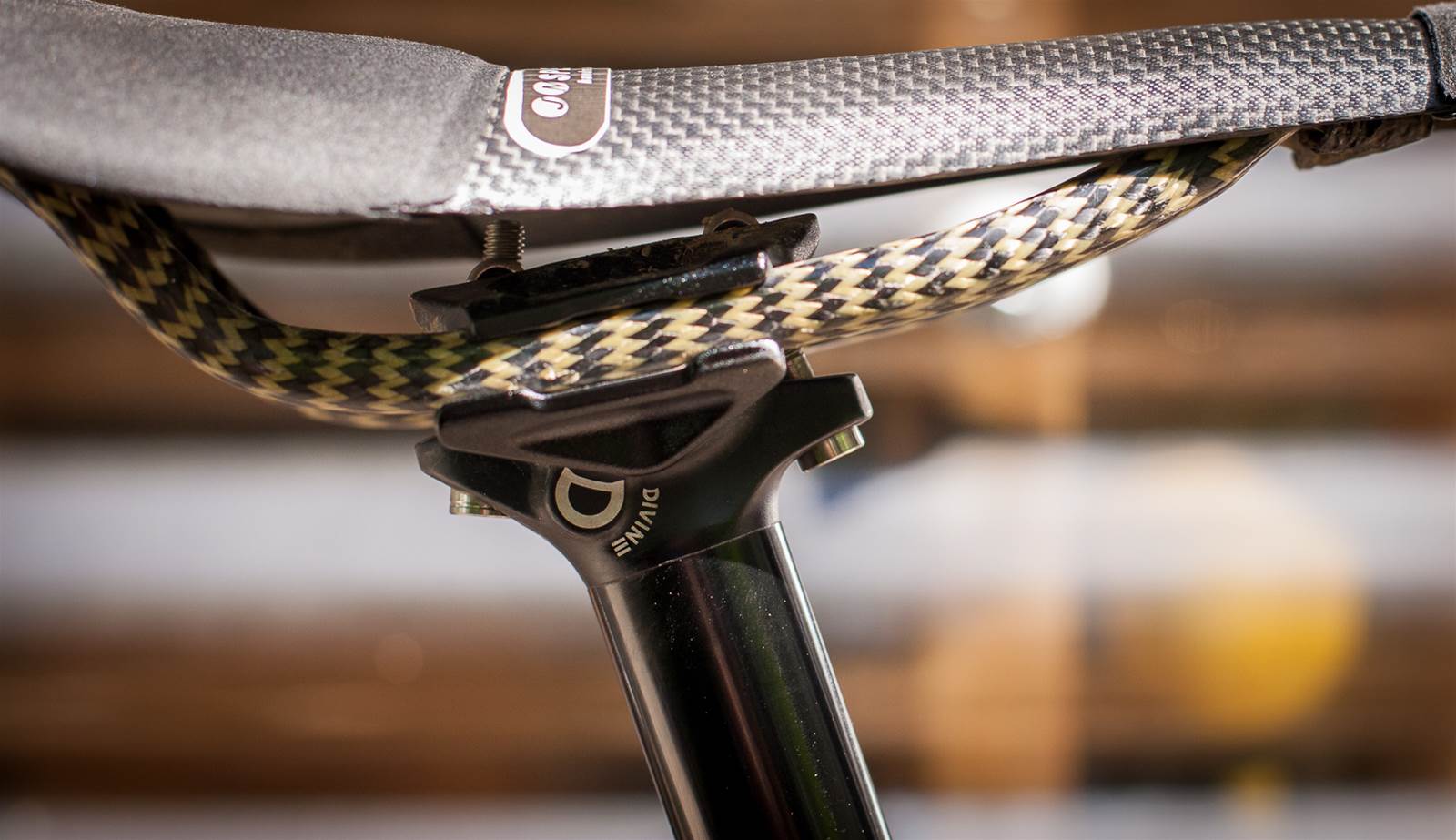 A shift back to an 80mm dropper post didn't have me too worried, given I had used the DT Swiss D 232 One 60mm dropper for much of 2020. But 80mm is a lot less than the 125mm I normally have in my full-suspension bike and the 150mm drop on my hardtail. I fitted the post up right before going to the Snowies MTB Festival, but to be honest I never thought about having less drop.

What I did notice was a very smooth and precise action, with a reassuring sound on release. While not as sharp as DT Swiss or Specialized, you know when the post is back up – which is exactly what you want for a cross-country or marathon racing post. The shorter drop is easy to jam down quickly when needed, and obviously with a fast return it's ideal when you need to get back in the saddle and on the gas.

Being shorter drop, it is faster to get the post down with less effort than going 'full squat', and this counts more between the tape than out riding. With a long time between races, my legs were pretty grateful of this at the Snowies, and I'll admit I stayed seated once the seat was lowered longer than I should have a couple of times, waiting to recover just an extra second more.

The Divine SL is infinitely adjustable, compared to the DT Swiss D 232 One, which is up or down. And when it's not extended or fully dropped, the Divine SL has the Tech Climb feature. Basically, if you're seated, it will give a little bit of squish. I had to try it to test it, as my riding style (if you can call it that) has me seated on a high post seat for tech climbs, or out of it. I just don't really need to sit weighted on a slightly lowered seat on technical climbs. But if you do, it's a nice extra feature that helps a little with control over rooty or rocky sections where keeping weight balance is the key for traction and success.

Heading to Maydena Bike Park had me a little worried about 80mm of drop on the Divine SL. Last time I had ridden there on my XC bike I had 125mm drop, and used every bit. The technical point on that course was at the top of the long climb, dropping into Tinder. The 80mm of drop was plenty to get back and low, which is what was needed. If I'd had a tonne of drop I probably would have moved way too far behind the bike, without the ability to get the front wheel through the next two corners.

It is worth remembering that a dropper post isn't about getting waaay back, but about keeping your weight at the right balance point between your wheels, regardless of the incline that you're on. So that can be on corners, shallow rock gardens, or even big technical moves on climbs.

While I've only had a few months of use on the BikeYoke Divine SL, it's done exactly what I have wanted. It works consistently, and has yet to develop any issues. Thankfully, BikeYoke also designed the Divine to be user serviceable, and they sell the seal kits if it is something you want to do yourself. The service window is meant to be 100 hours, so this is something I'll cross later in the year. 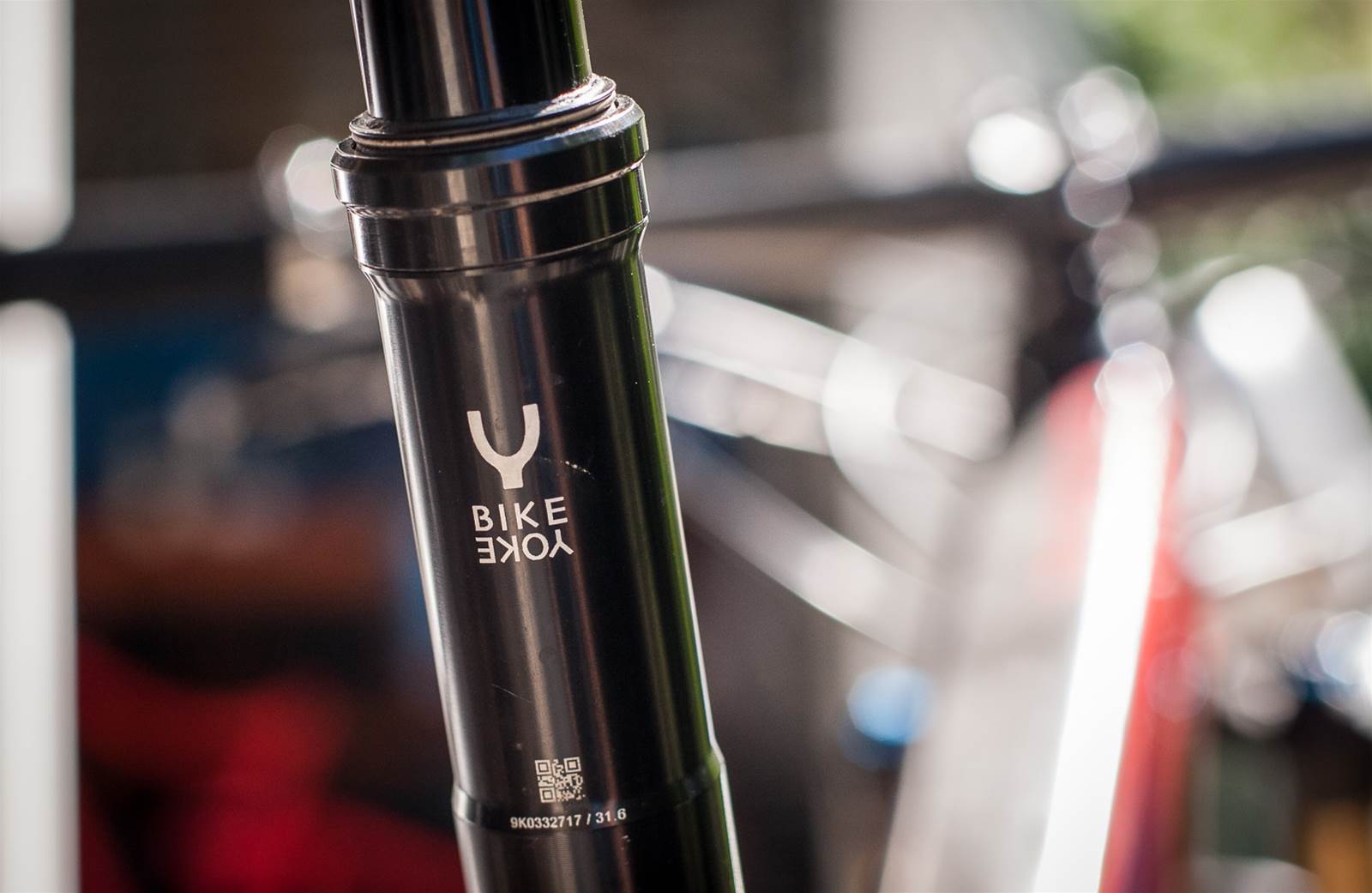 Mike enjoyed his time aboard the BikeYoke Divine SL.

The last two light weight dropper posts I have used have either had a short service window, or had limitations on drop and adjustment. While the BikeYoke Divine SL isn't the lightest dropper post out there (although a cut down 30.9mm post would be bloody light!) it has been the most useful light weight dropper post I have used. If you've been on the fence about adding a dropper post due to added weight, well you're still adding at least 250g, if you're running a super light carbon post at the moment. But if your concern has been reliability, then I don't think that is warranted with options like the Divine SL from BikeYoke. I have run a dropper post on almost all my cross-country bikes since early 2016, but the Divine SL would be my favourite cross-country dropper to this point.

While the setup is a little tricker than others, it is mostly an issue the first time. Once you are familiar with the cable attachment, then it really isn't any tricker than setting up other dropper posts. Just don't lose the tool! One area where it can be more cumbersome is packing your bike into a bike bag. A longer dropper can be dropped all the way in to fit (which isn't recommended for travel by most brands, BTW). But a shorter post will likely need to be removed, depending on the bike bag and bike size. While a KS, Fox, DT Swiss or X-Fusion post will let you unclip the cable easily at the dropper end, it's a little more complex with the BikeYoke Divine SL. You'll need to get enough outer clear to use the full length of the tool, and this will likely mean removing your remote to do so. Again, it's only a few more minutes, but you'll want to have your dropper remote position and seat height marked. And the less things you need to mess with when packing your bike, the better. Still, based on performance, weight and reliability, I would be hard-pressed to suggest a different dropper post for cross-country and marathon racing use, unless you absolutely need more drop. 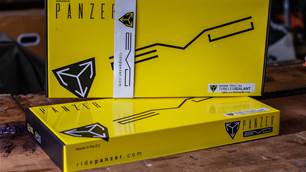