The BikeYoke Revive dropper post is not just super reliable, it now comes in a 213mm option as well.

Over the last two and a half years, German dropper post manufacturer BikeYoke have become one of the go-to posts. Not only because of the lengths that they offer, but because of their patented ‘Revive’ functionality. If you have ever been stuck with a squishy dropper post then you will know how annoying it is to ride. The Revive system allows you to bleed the air out of the system without removing the post or seat.

Their latest dropper is available in 213mm drop and it is huge, which is immediately noticeable when you take it out of the neat packaging. The second thing you will notice is the new upper tube and cradle assembly. Gone is the 2 piece bonded upper tube and head, replaced with a one piece 3D-forged upper tube unit. This should create more stiffness compared to the previous unit resulting in better strength and resistance to bending. 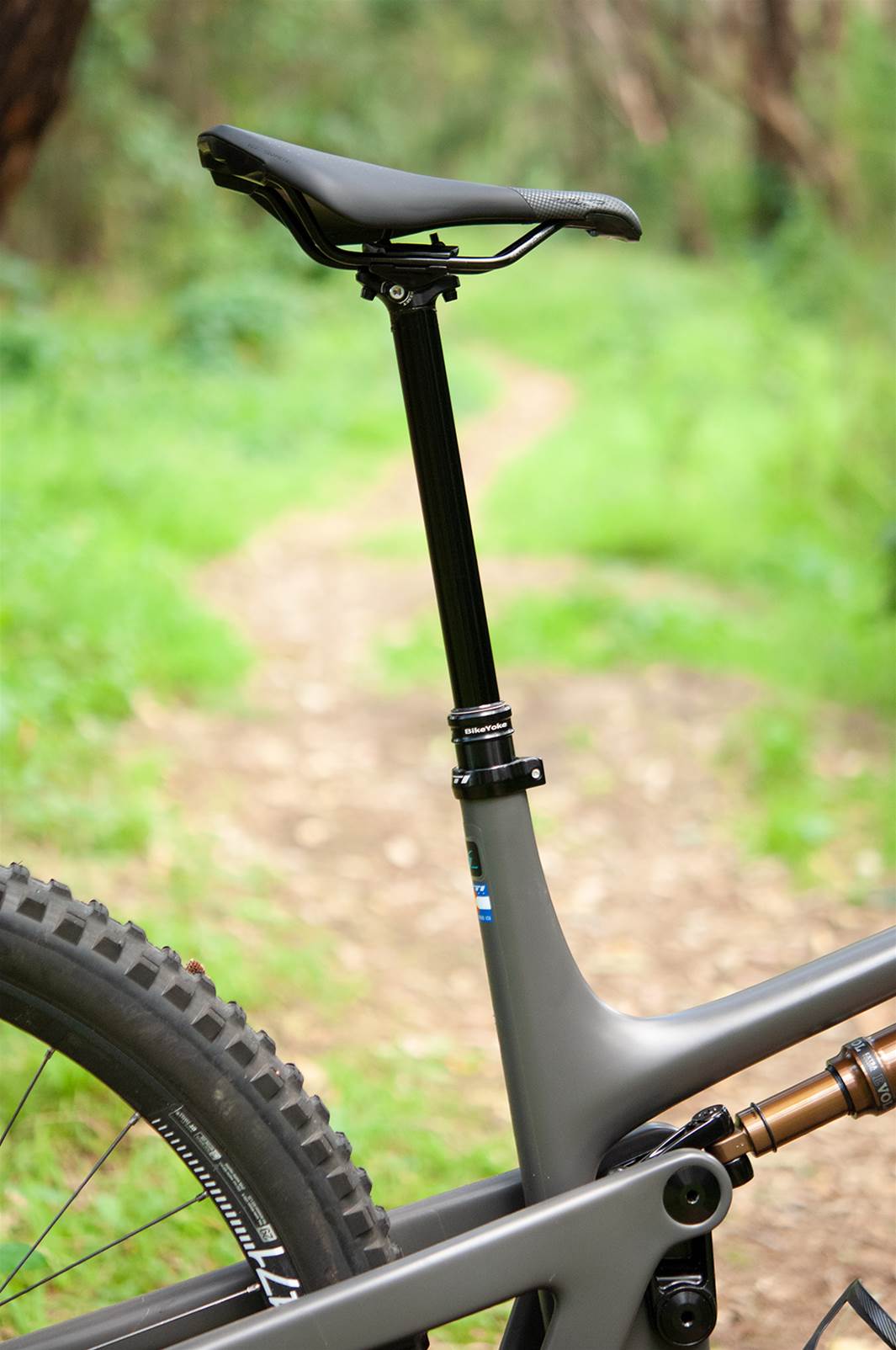 The cradle assembly has also a new upper saddle clamp and saddle bolts with integrated conical washers for even simpler saddle installation. The bolts are still the slightly softer alloy T25 units, but seem to have a slightly deeper section to fit the tool into.

Installation of the post into the frame was quite a tight fit, but a tight fit is a good fit, so at least I know the post wont slip. I was left with about 20mm of the lower post sticking out of the frame, but it’s a lot lower than my current post and should give me a lot more saddle clearance when dropped.

I connected the dropper cable to the freshly installed BikeYoke Triggy X lever mounted to my SRAM Matchmaker clamp. The Triggy X lever, although not included with the post, is a clever little lever that installs easily to the Matchmaker clamp and actuates very smoothly and easily. The lever has an adjustable length lever which Bike Yoke say you can change the lever feel from "short and crisp" to "longer and sensitive". The longer the better I say. After shipping there was a small amount of squishiness in the post. An east fix with the Revive system, I just installed a 4mm allen key into the Revive port located at the top of the post, turned it ¼ of a turn and pushed the post down and released. After actuating the post it returned positively and swiftly and the squish was gone. The post does come supplied with a little 4mm hex lever with an o ring installed so it can stay in the post permanently. I have yet to lose it, but if it’s a concern, just keep in your spares stash.

Out on the trail the first thing I noticed was the massive amount of saddle clearance when the post is slammed. It really does get the saddle way out of way with an extra 43mm compared to my Reverb. It is apparent when jumping, dropping steeps and ledges and general bunny hopping around and up and over obstacles. I know a slammed post is not always the best position for all areas of riding, I do like my post just above my knees when cornering, but it’s just good to know it can go lower when needed.

Of course with such a long post, the first thing that comes to mind is durability and the possibility of bending the upper tube. I have seen a couple of BikeYoke bent tubes in the past, as well as other brands, mainly due to the slacker seat tubes of previous model bikes. With increasingly steeper seat tube angles, the likelihood of bending the longer upper tube is diminished. While you don’t have to be 6’4” to use this post, your bike needs to have a long and straight enough seat tube to fit the 330mm of overall lower post length (including the actuator), whilst allowing for the cable to connect correctly to the bottom of the post.

I was really impressed with the latest version of the Bike Yoke Revive 2.0. The Revive is into the higher price point of the dropper posts, but considering similar priced posts out there don’t come with levers either, I definitely think the Revive functionality and long term durability of the previous Revive 1.0 put it at the top of the list of droppers.

Longest drop on the market

Doesn't come with a lever 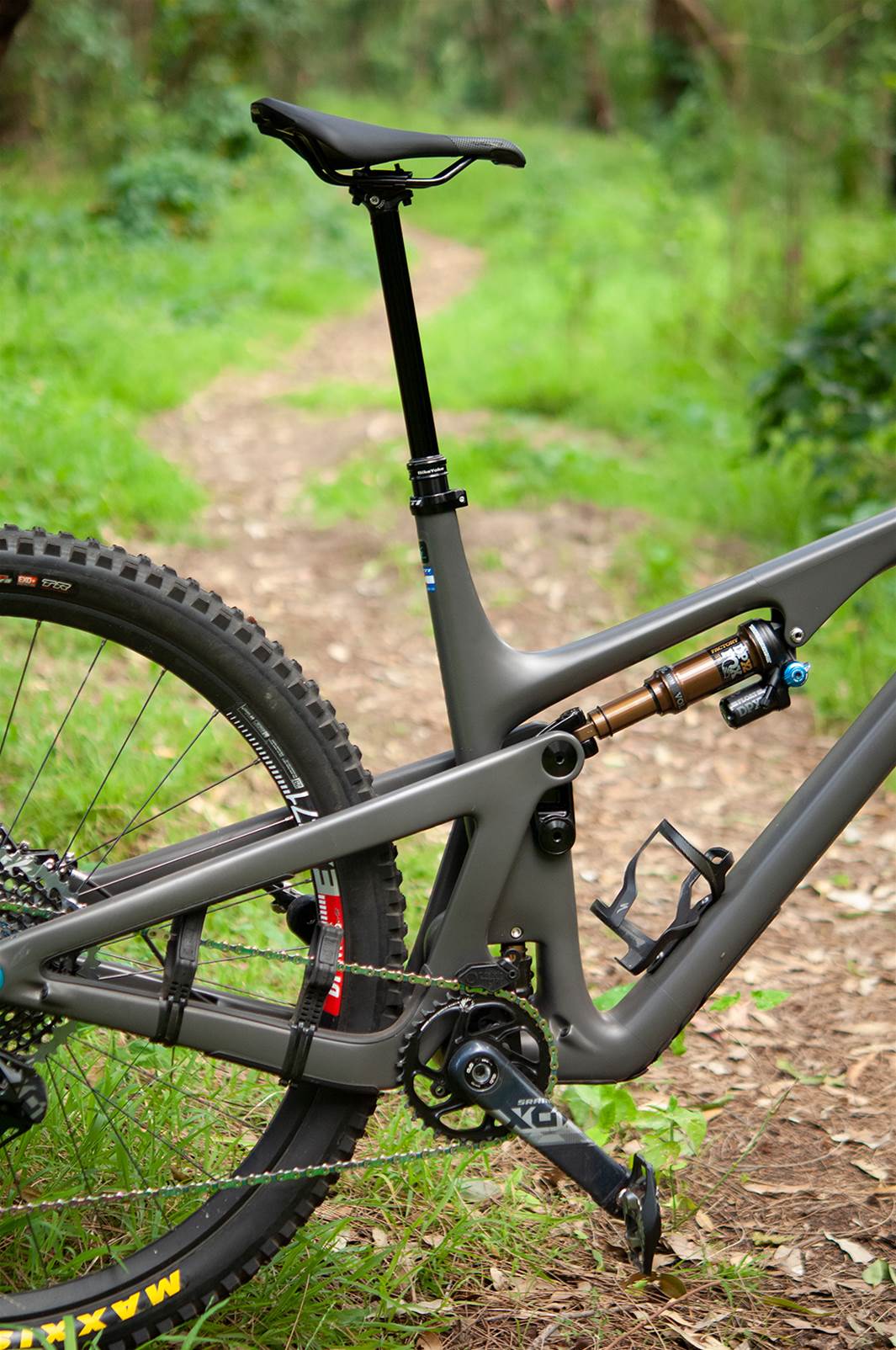