See how the Transition Smuggler carbon frame-set has performed in our long-term test!

One bike to rule them all?

After 6 months riding (and even racing) the Transition Smuggler Carbon frame set, it is easy to understand why so many riders prize this short travel trail bike. Transition have married a really stiff carbon frame to a progressive 120mm suspension platform and their Speed Balanced Geometry (SBG). In a nutshell that's a longer reach, steeper seat tube, shorter chain stays, slacker head angle and reduced fork offset. If this sounds familiar that isn't surprising, it is the kind of move most manufacturers have been making in their bike updates, and Transition have been doing so for some time. 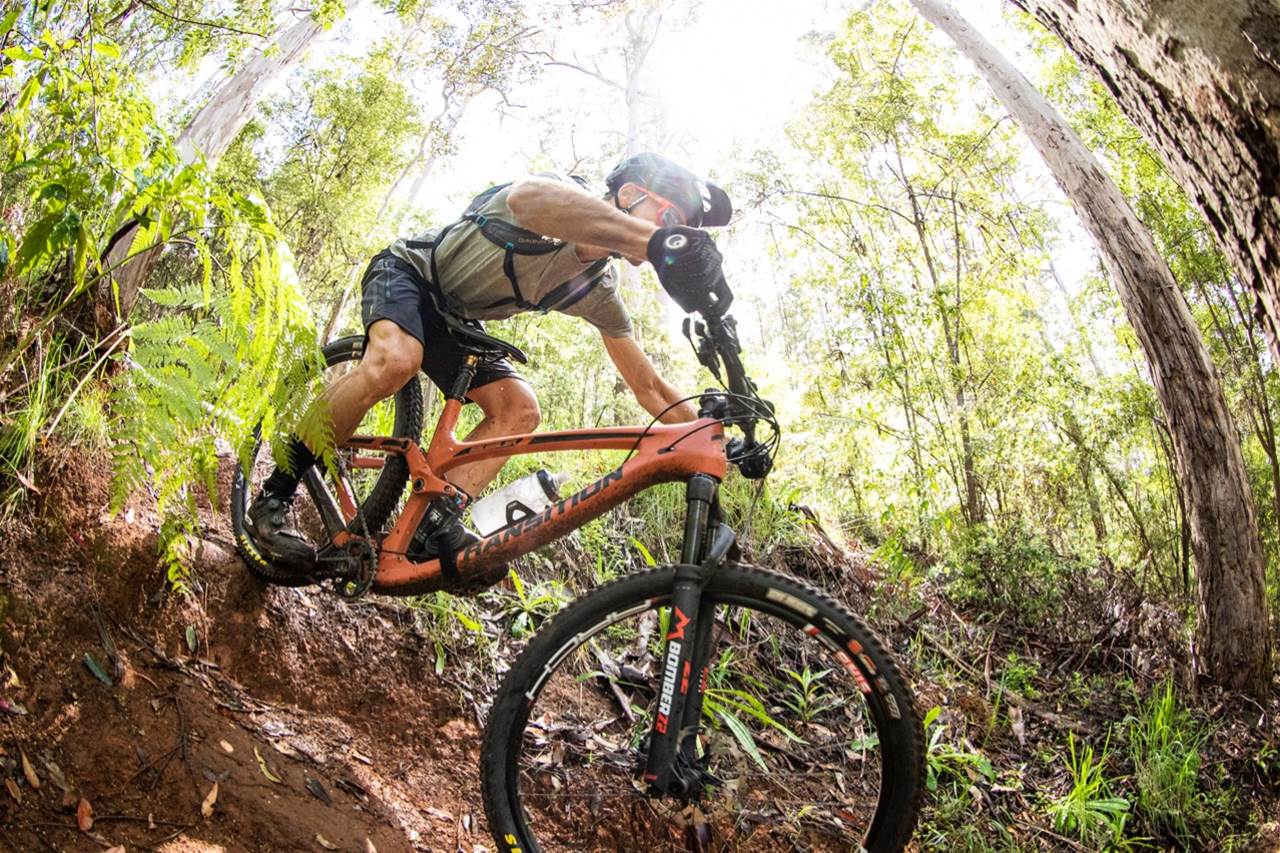 If you missed the details of the initial build and look over the frame, the Transition Smuggler carbon frame is fully carbon. That's mainframe, chainstays, seatstays and rocker link. As an added bonus the bottom bracket mounts are threaded alloy! There is neat internal routing for the dropper post and rear derailleur cable (this is frame is 1x only), and the brake runs externally. It's still annoying that the tabs for zipties are biased towards right to rear, but it's a small annoyance. You can fit a huge water bottle in within the main frame, so you can leave your hydration bags at home if you want. This large frame came in at 2.99kg with shock, and the heavy duty chainstay protector and downtube roost guard. Not crazy light, but about what you would expect for a large trail bike that is blurring the lines between trail and all-mountain. The reality is, it's only a couple of hundred grams heavier than the frames and shock of some newer XC bikes, like my own Norco Revolver. 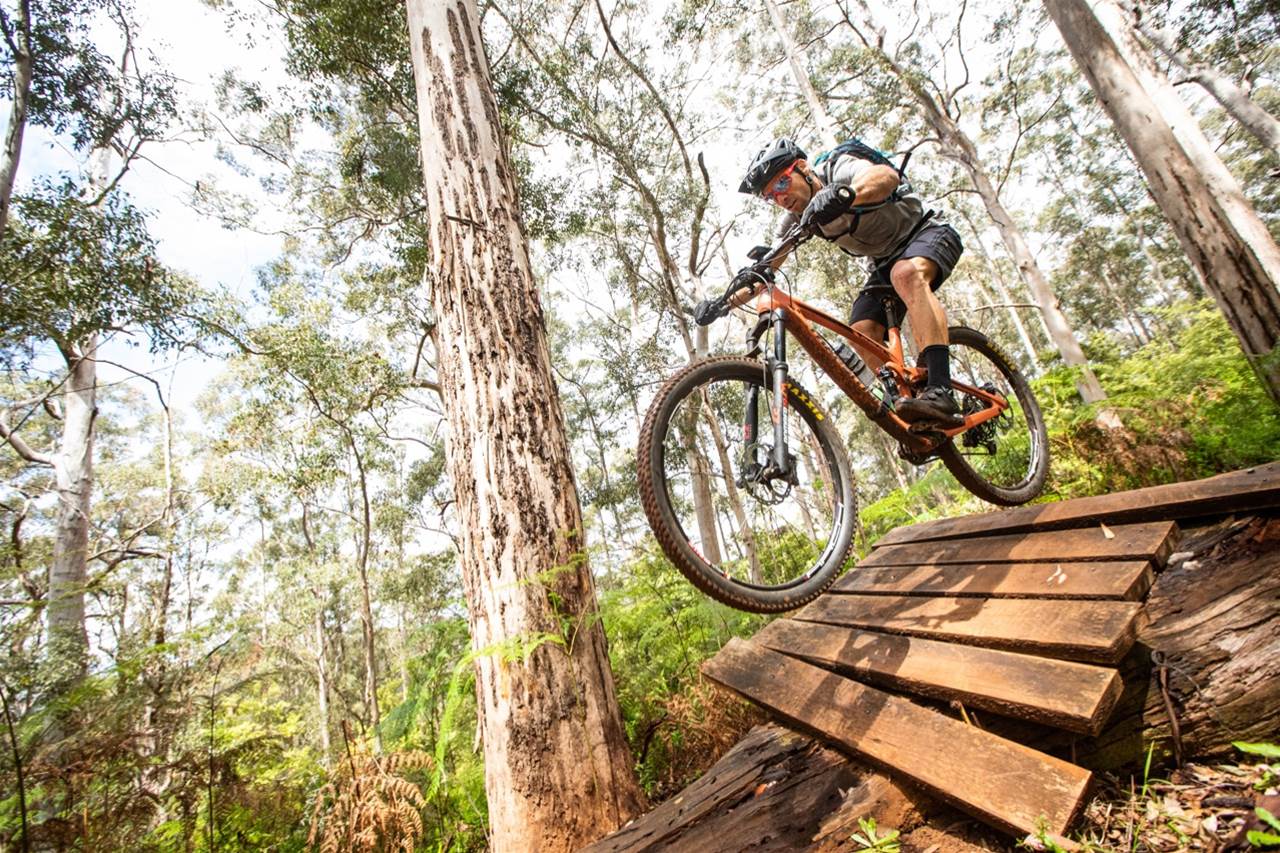 After initially building the frame up with a a Microshift 1x9 group set and TRP brakes, the final build saw a change to a complete Shimano Deore XT M8100 12-speed group set, including powerful 4-piston brakes and hubs laced to NoTubes Arch Mk3 rims. The Marzocchi Bomber Z2 remained throughout the test. 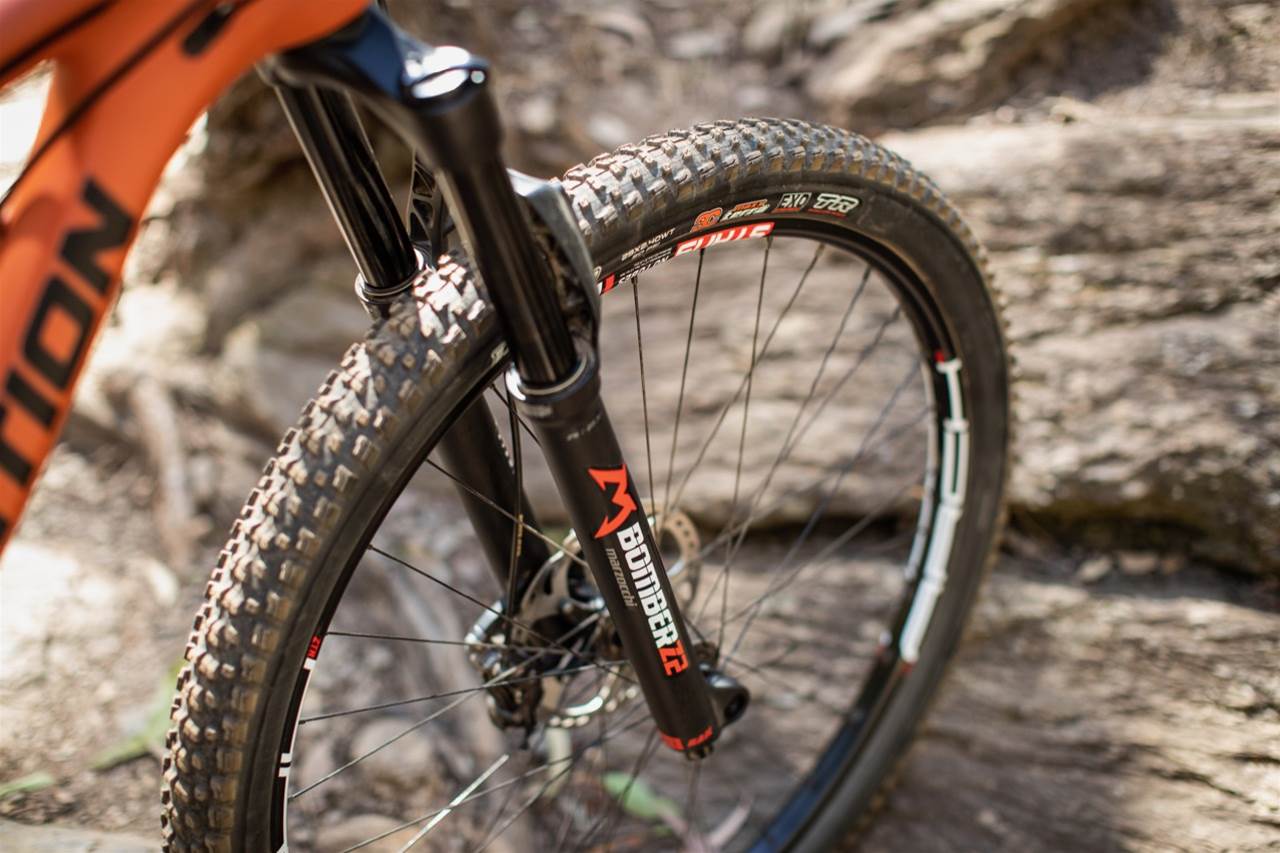 One of the things that has made the Transition Smuggler so good to just get out and ride is the suspension. If you're going to build a trail bike built for charging and have 'just' 120mm of travel, it needs to be up to the task. Transition designed a fair amount of pedalling sensitivity into the design 4-bar Horst Link design. The initial part of the stroke is quite supple, with a little bit of chain growth, or squat, around the sag point. So picture this – you're grovelling up a steep climb on loose terrain, and your rear wheel just keeps digging in, finding traction so you can still claw your way forward. Yeah, there is chain growth and potentially some lost efficiency. But the Transition Smuggler is not an XC race rig, it's a trail bike. A suspended wheel has more traction than a wheel that will deflect with locked out suspension, and with the tune of the Fox Float DPS shock there was always plenty of support and gobs of traction on the Transition Smuggler. I can't think of any times where I needed to get off and walk on any sort of climb due to losing traction. 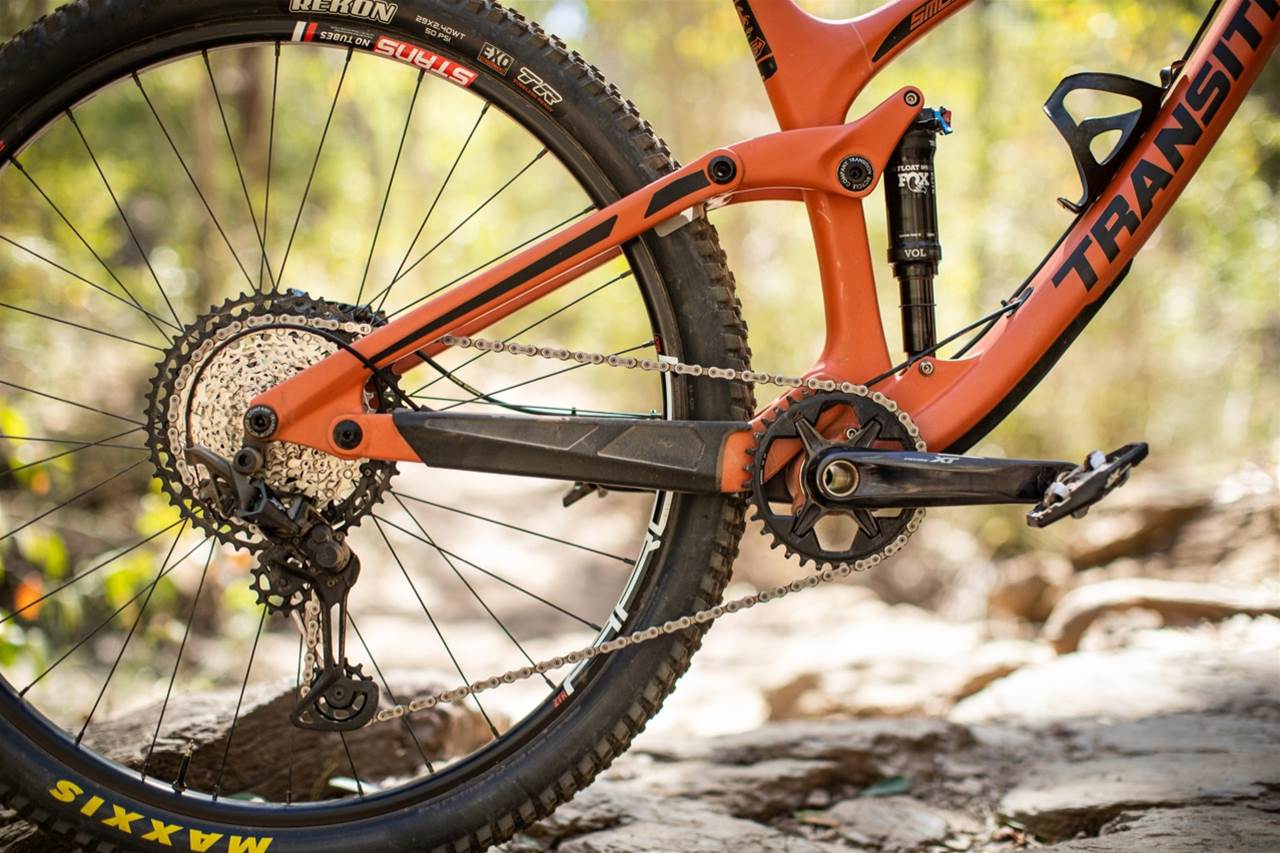 But what about descending? I never, ever, found the limit of the Transition Smuggler on descents. Sure, I found the limits of light trail tyres, or of my own confidence. But the bike – no. The rear shock tune is really supportive, and you stay in the mid-stroke quite a lot, letting you push the bike harder into berms or corners. There is never the sense of a bike that is wallowing in its travel, it doesn't feel like you're riding some sort of inflatable piece of furniture. Compared to some other 120-130mm bikes I have ridden recently, I really enjoyed how the Smuggler combined stability at speed with agility on the trail. The frame is super meaty and I never experienced any unwanted flex when pushing hard, and when you couple this with a short back end, the bike responds to input really quickly. Be that compressing into a small lip, or finding an edge on a small trail feature to take a line up and over something coming up. And while the Smuggler isn't the bike to plough through huge rock gardens, it did let me get away with a lot following Chris Panozzo blindly in the dust clouds of Western Australia in the Cape to Cape, along some questionable lines!

While the tune of the shock is great, it is still really important to get the setup just right for you. I settled on a slightly firmer ride than the sag suggested by Transition, and it meant I left the suspension open for all but the longest smooth pedals to trails. 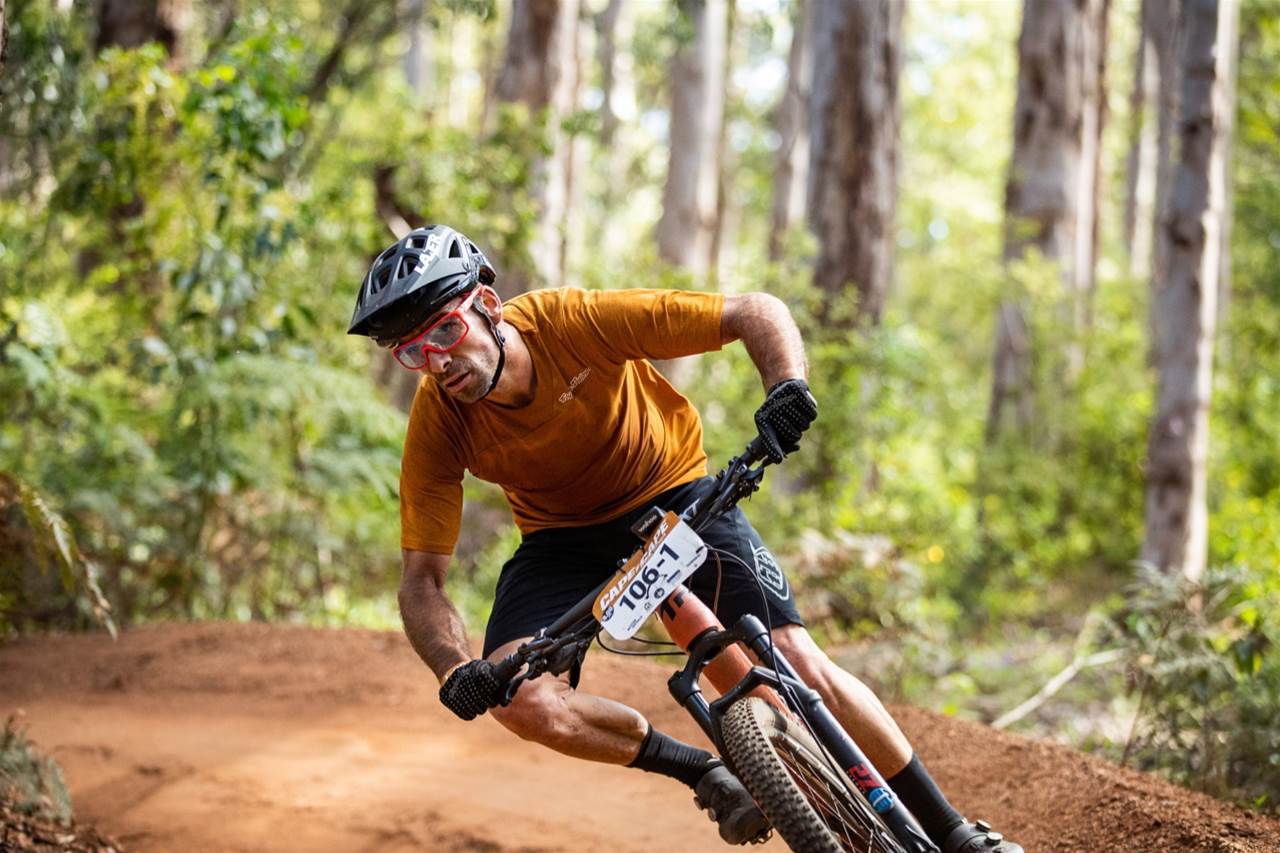 While the overall build quality is A1, you do notice that the frame design is a few seasons old when you look at the tyre clearance in the frame. The largest tyre I ran was a Maxxis Rekon 29x2.4”, on a NotTubes Arch Mk3 rim. It didn't rub, but there is now way you could get a larger tyre in, and even then a 2.3 would probably be the biggest if you ran a really aggressive tread pattern. There is certainly some marks from trail debris on the swingarm bridge. 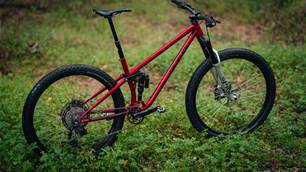 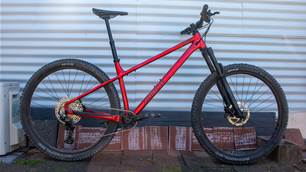