The UCI XCM World Championships are on this Sunday in the Swiss town of Graechen.

This Sunday 22nd September, the UCI Cross-Country Marathon Mountain Bike World Championships are being held in Graechen, in the Valais region of Switzerland. Graechen sits on a high plateau, riddled with trails in the forest around the village. But the whole valley is criss-crossed with trails, all the way from above Zermatt at one end down to Visp at the bottom of the valley. The route for the World Championship will cover about 91km for the men with around 4000m of climbing, and 70km for the women with about 3500m of climbing. 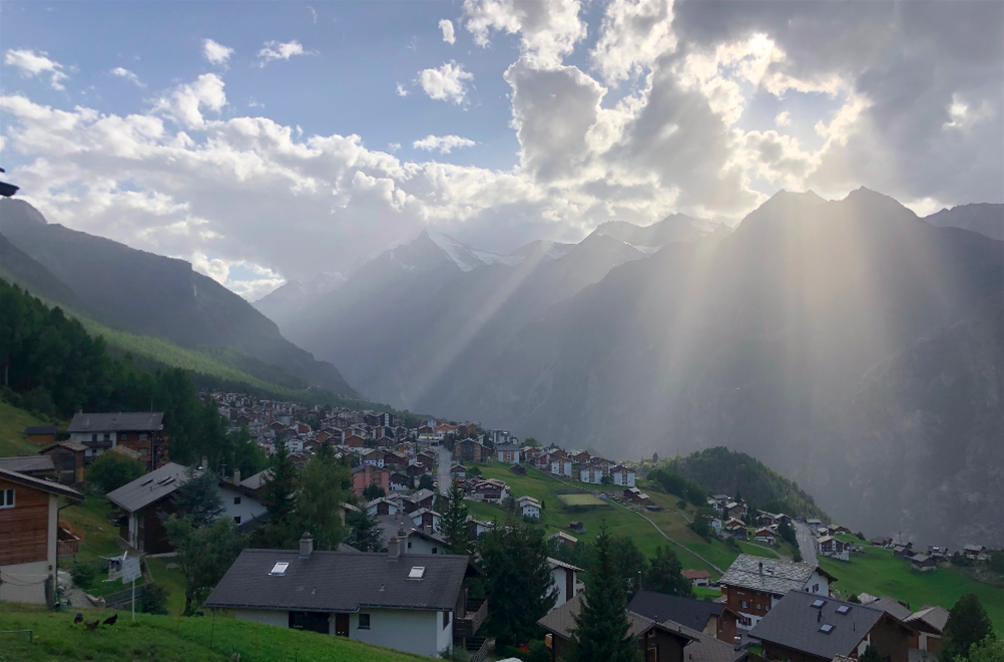 Graechen sits on a sun plateau above the valley.

Sebastian Jayne summarised the course well, "it will be a road race up, and an enduro race down." Much of the climbing is on road or forest roads, although there is a long singletrack climb in the valley, and in the men's extra loop. The descents are primarily on singletrack - and not purpose made trails. They're mostly the older trails used for access to the villages that are now mountain bike routes. Graechen only had a road built to the village in 1951, and the small towns of Toerbel and Embd that the race goes through on the other side of the valley have steep, exposed descents dropping into the valley. 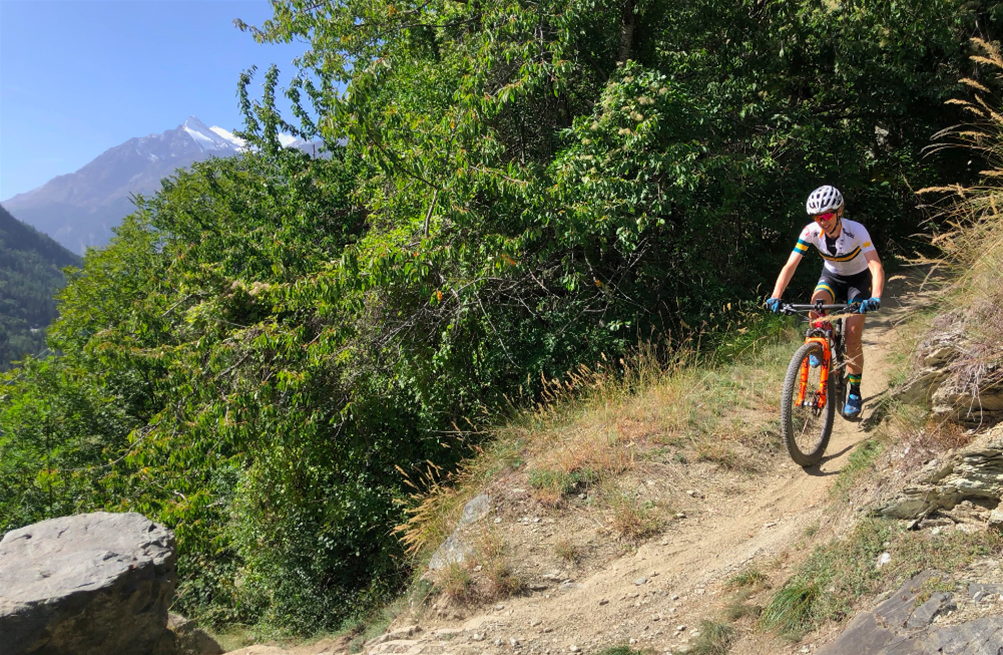 Imogen Smith on one of the descents.

Sebastian, Imogen and Benji all raced the UCI XCM World Championships last year in Italy, and Imogen also raced the 2016 event in France, placing in the top 20 for women.

Here's a look at the bikes that they will use this Sunday. 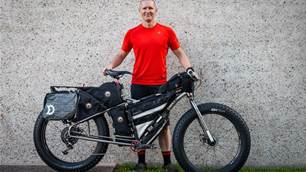 First rides on the Fox 34 GRIP2