Two of Australia's toughest riders are teaming up for the 2019 Cape Epic.

With the conclusion of Cape to Cape last weekend, two of Australia’s leading mountain bike racers have made their intentions clear – they want to go to the Cape Epic and challenge for a top 10 finish

”I think it’s a race everyone wants to do,” said Brendan Johnston, on teaming up with good friend and close rival Cam Ivory for the well-known race in South Africa.

“After Easter in the Alice when I won the marathon out there, it’s the first time I thought about doing the Cape Epic when Trekky put it to me after the event. It’s an event I’ve had on the bucket list that I thought I may never get to,” explained Cam Ivory. Since Easter, Johnston relinquished his Marathon title to Ivory, who now holds the cross-country, cross-country eliminator and marathon titles in 2018. The two have been bar to bar at just about every endurance mountain bike even in 2018. They’re a formidable duo, although Ivory has really only just moved into marathon and stage racing in Australia after a few years chasing the National Series and World Cups.

“This year is really the only year I have put work into the marathon side of things, normally I have just stuck to XC,” explained Ivory.

With Johnston having won just about anything Ivory didn’t in 2018, and winning more marathons and stage races than he didn’t over the previous years, the two will have the fitness and skills taken care of. But Cape Epic is a pairs race, just like Reef to Reef was in 2018, and Port to Port and Cape to Cape will be for the premier categories in 2019. 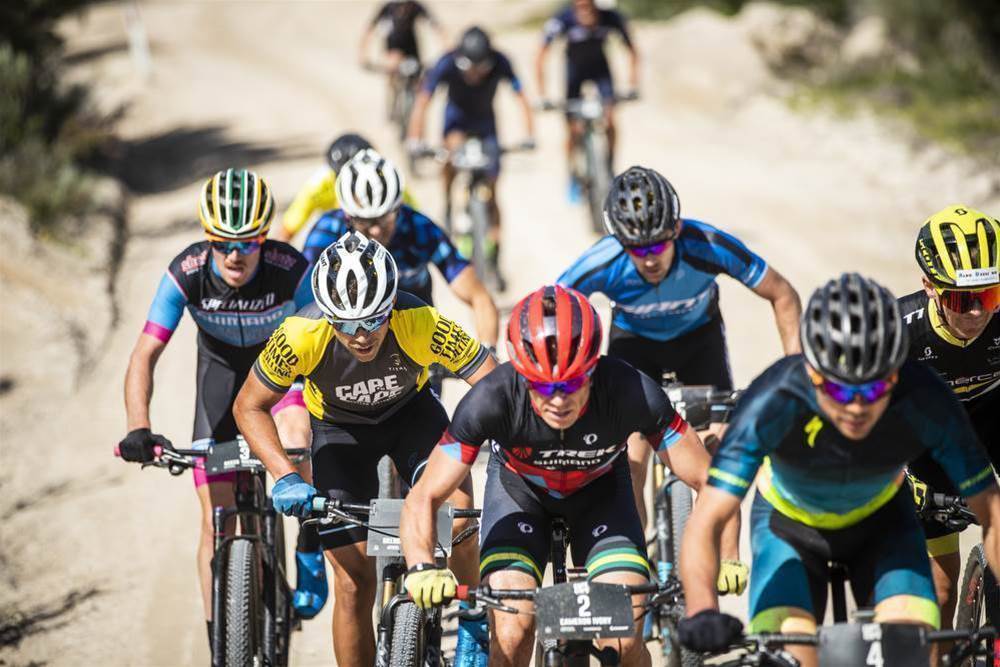 Ivory and Johnston racing closely at Cape to Cape.

“I haven’t done a lot of pairs events, but I assume you have to be able to get along with your partner at the toughest of times, and on the good days too,” Ivory reflected. “I just hope I’m not the slower guy over there! We spoke about it a few days ago and being the slower guy in the pair makes for a pretty rough time.”

It seems unlikely either rider would have the other on the ropes though – that’s not really how pairs racing works, and the two are very closely matched as Ivory pointed out. “We are neck and neck at most events, we are a good pair to go and have a decent crack at it.” 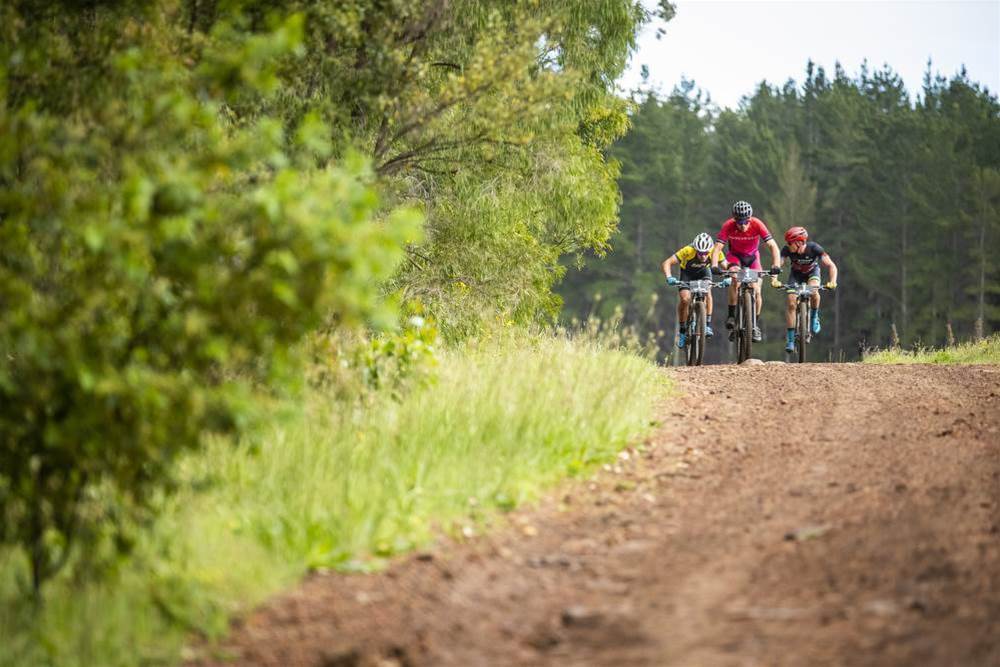 “We have raced pretty closely a lot this year, in a race sense,” added Johnston. “Our weaknesses have been exposed, and that’s why I think Cam is quite a good partner for me. There are lots of other strong guys around but the two of us really know where we will be exposed on the tough days. But there are really long stages with tough climbs – and that’s a bit of an unknown.” The Cape Epic is known as one of the hardest mountain bike stages races in the world, in part due to the terrain, the course length, the climate and of course the size and strength of the field who are racing.  With Johnston based in Canberra and Ivory in Adelaide, preparing for the race isn’t actually as hard as it might seem as far as team dynamics and quality training, it’s mostly based on racing in an unknown area.

“It’s hard to prepare super well when you have to travel so far to an event you haven’t done before. It is a bit of an unknown in that sense,” said Johnston. “I’ve tried to get a bit of information from Andy Blair and Shaun Lewis who have been there recently, and if we can get the best equipment and support with tyres that will help. I’m trying to make some contacts over there to get the assistance, and maybe look at the campervan and hire a soigneur. But it hasn’t quite come together yet. It’s an expensive little holiday!”

“The terrain doesn’t worry me too much. I’ll just do what I do and aim to be in the best shape possible,” confirmed Johnston. And what does the best shape possible look like exactly? Johnston is known for maintaining a high workload all year, which is why he also tends to win races all year too. That takes a lot of sacrifice and Johnston wants to be able to race the Cape Epic while he’s still able to devote the time to racing and training. 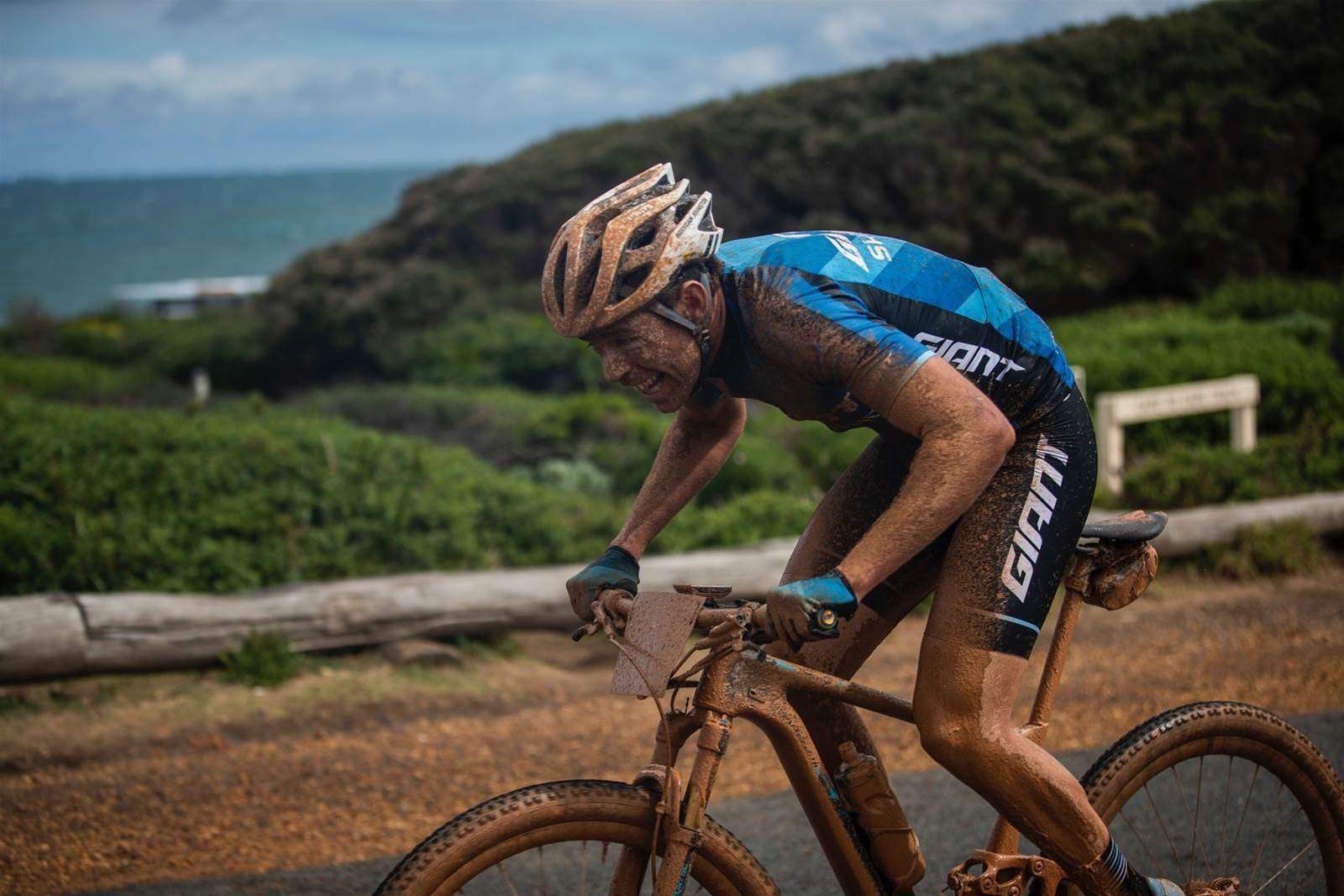 Johnston is comfortable with discomfort.

“I want to do it before I get less serious, which might be impending in the years to come with other commitments like business and family. So I want to do it before I slow down. The way I prepare and train is pretty full on. I don’t take it easy, I go all in. So it’s a big drain to do it and I want to do the Cape Epic while I’m racing and training well. Next year seems like a good year, and it sounds like it might be the hardest one they’ve had for a while with the most climbing.”

The route does pack a punch, covering about 700km and climbing around 15000m across the eight days of racing.

“It wasn’t so much the distance that had me worried but all the climbing!” Ivory said. “I’m not climbing that well at the moment so I’m definitely in need for an off season soon. Coming into the Epic I’ll be doing a lot of big days to build that base. It actually works out really well, it’s an early part of a normal season. A lot of European guys use it as a base builder coming into the European season so it will be good to do that and find some good form for it.”

Having moved to Adelaide from Newcastle about 12 months ago, Ivory thinks it’s not just a help for his cycling, but an advantage for the Cape Epic, too. “Adelaide cops the heat over summer but I love it down there. It really is working well for my cycling having climbs longer than 10 minutes as that’s all that Newcastle could really offer. I’m getting a lot of climbing metres in the legs in Adelaide, and surely that will be a benefit coming into next year.”

Races like the Cape Epic can be won or lost based on the reliability of your equipment. And while Johnston races on Giant and Ivory races on Trek, both are Shimano sponsored riders – and that’s where a lot of support will come in.

“We’re going to have some really good support from Shimano, they’re going to help us get over there and some other guys from Shimano will be there too – it will be a bit of a crew. We’ll have good gear with Shimano XTR M9100 12-speed drivetrains which will be great.”

The Cape Epic, like other paired stage races, demands that teams ride in matching jerseys. The design is yet to come, but Johnston said they will have something custom. “Pearl Izumi will sort out a jersey for us – it will be hard to work the bike sponsors out. We’ll sort something out on the shorts for that.”

If you were to look down the start sheet of the Cape Epic in any given year, it read like a who’s who of mountain biking. A number of Australians have raced the event and done well, like Blair and Lewis as mentioned. Naomi Hansen and Jodie Willet, Peta Mullens and Jarrod Moroni, Brad Clarke and Rohin Adams plus others over the history of the event. Where exactly do Johnston and Ivory expect they can finish? “When I started thinking about it, I think a top 10 will be what we aim for, and achievable maybe.,” suggested Johnston. “There are probably more World Cup guys doing it now than a few years ago. If everything goes well, a top 10 should be achievable. If we got through unscathed with no issues, that’s a big plus.”

Some teams choose to target stage wins if they know a top 5 or top 10 in the general classification isn’t possible – that was the option Cannondale Factory Racing did for a few years. But Johnston confirmed that he and Ivory want a line in the sand.

“The GC is what we will be going for, that’s what people will read about, and that’s what I want to go there for, for a good overall finish and to come away with a result. For the racing I do it’s the pinnacle of that. It’s a massive goal to finish up as high as possible in the overall.”

And if they do place well, and achieve a top 10 – what next? The Cape Epic sits within a three-race series, with the Swiss Epic and The Pioneer. Could Johnston and Ivory take their pairing to another global event? Could we see these guys on the podium?

“If we go well over there then for sure, we could look into those races,” said Ivory. “I’m sure we will love it, so to go and do another one and tick it off the list would be good. Maybe Pioneer? We’ll have to wait and see.”

The Cape Epic starts on 17th March 2019. So if you’re looking to do better in an Australian marathon or stage race, you know when your window of opportunity is!