Fox Creek Bike Park has been rebuilt from the ground up after the 2019 fires - and there is more to come!

The 2019 bushfires caused destruction around Australia, and the mountain bike and local community in Adelaide saw much of that first hand via the devastating Cudlee Creek bushfires. The popular Fox Creek Bike Park was all but reduced to ash.

The park had many trails that were loved and ridden by locals and international mountain bike stars alike. But along with the infrastructure, the trails were all but gone. While the park remained inaccessible for months until the site was safe, State and Commonwealth Governments funded $2.5 million to fund the rebuild of the Fox Creek Bike Park.

That's a lot of money, and the funds have gone toward the reopening and rebuilding of some of the park’s favourite trails, and the development and improvement of parking, toilets, and other infrastructure. ForestrySA have been working closely with the mountain bike community to get riders on trails faster, and this is perhaps the best example of forestry working with mountain bike trail development that we know of. 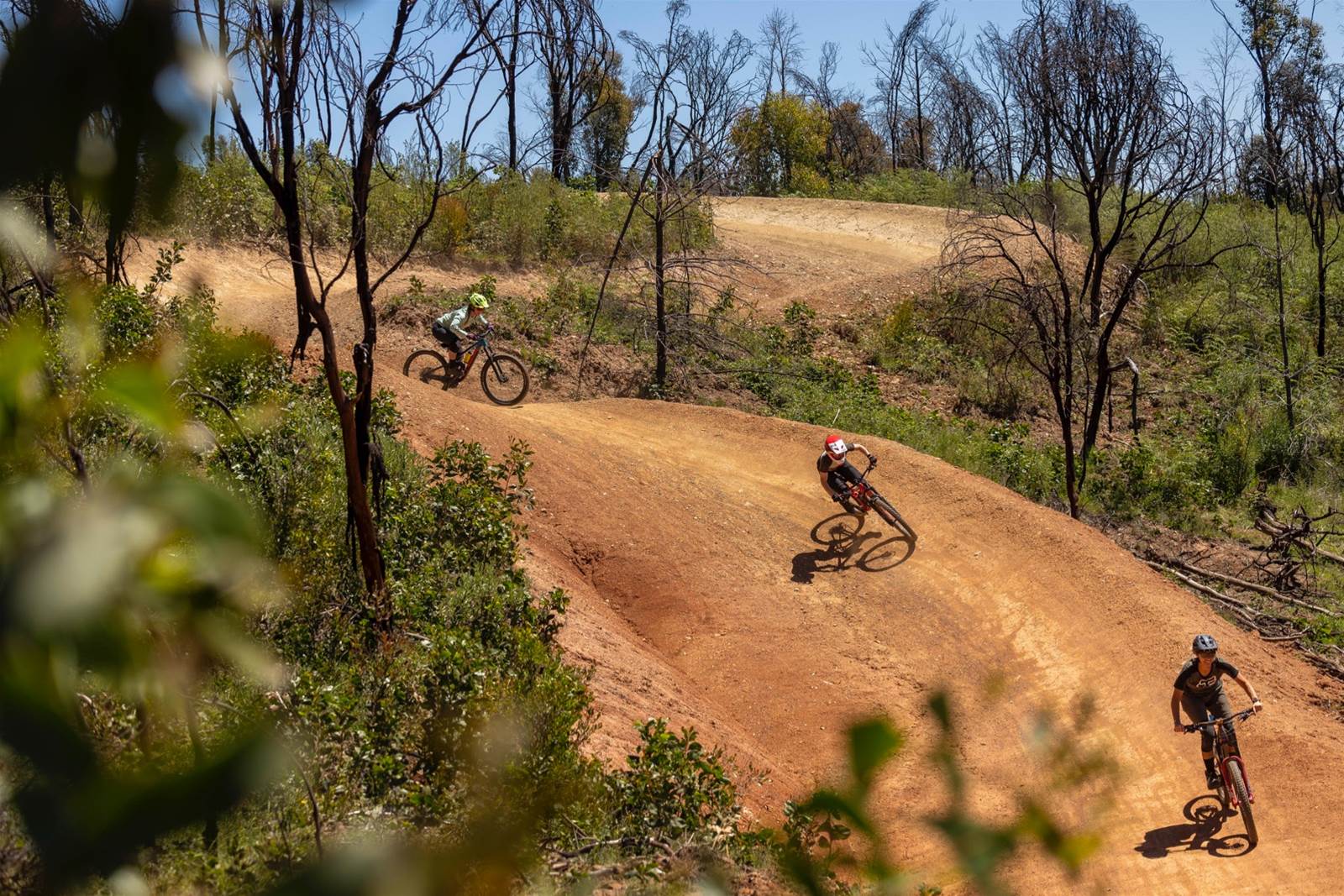 The current State Government has pledged a further $5.25 million toward the Fox Creek Bike Park, to see the development further infrastructure and trails for the park. This includes new, international standard trails and visitation infrastructure that will appeal to international and national tourists and will realise the park’s potential to host international level mountain bike events, such as rounds of the Enduro World Series.

Fox Creek Bike Park's proximity to Adelaide (about 30 minutes from the CBD) means it's the closest community bike park that has amenities and private shuttle services to a state capital. While it seems like a small detail, proximity counts for a lot for day to day use, and also for the amount of trail time for anyone visiting from interstate. With less time travelling from an airport, there is more time on the trails!