One of the biggest impacts on mountain biking from a global pandemic, is the lack of development pathways for Junior riders and those moving into the Elite ranks. Packing up bikes and gear and doing a stint of racing in Europe or North America has been a rite of passage for many generations of mountain bikers – and it is a process that has helped a number of Australian riders score factory rides on some of the biggest teams in the world. Private enterprise and hard work is looking to fill that gap for four riders, as the Collab Racing Team has been put together for 2022.

“The team was set up due to Covid 19 restrictions, and Junior riders not being able to compete in the World Cups,” explained first year Elite Cassie Voysey, when I spoke to her about joining the team. “I experienced that last year, and in my first year in Elite this year I wasn't able to go as I wasn't on a UCI team.”

“So with no pathways for young riders, Lee Pollard in Queensland decided to create this team to make pathways for riders from Australia to go overseas and race.” The team will be made up of four riders from up and down the east coast ofAustralia:

“People have missed out on racing and development opportunities over the past two years, and we don't want to miss out in 2022,” Cassie said. “I've raced one World Cup and one World Championships back in 2019,” that year Cassie was the women's Junior Downhill National Champion, but she hasn't been able to capitalise on the development process of racing overseas in much bigger fields on really demanding terrain. Still, she has the most experience on the team at this point.

Elise and Matt have only raced within Australia, but given Elise posted the 2nd fastest women's time at the 2021 Downhill National Championships in March it's clear she has the talent to go far. “Taj has had some international experience, doing some racing at Crankworx Rotorua in 2020,” Cassie added, but for the most part racing overseas will be a big learning experience for all four riders. 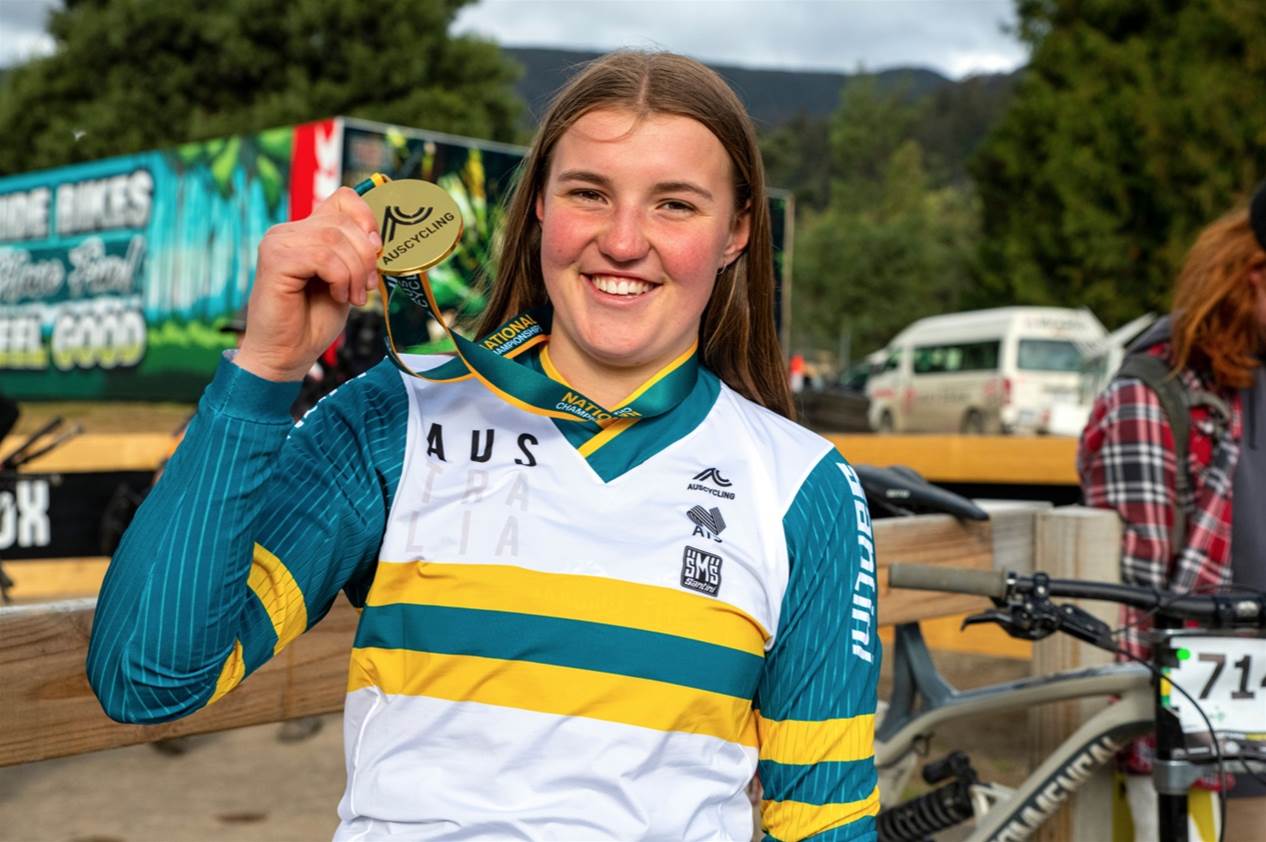 “With Elise, Taj and Matt being on the team, it will be good for us to be travelling overseas together, especially as I've had some experience and we can talk through what they can expect.” While the team doesn't have a mentor as such, Cassie told me that there are a number of riders she has been in touch with in an informal capacity, as people to reach out to on the road. “I've been speaking to Caroline Buchanan about the team and she thinks it's a great opportunity for us.”

Finding support for a team that is aiming at the World Cup circuit is no mean feat, but Cassie explained that a number of Australian brands are helping the squad out.

“We have some amazing support from KWT Imports, Maxxis Australia, KRUSH, Quikshade and JAB Titanium bolts, but there's more to announce in the future.”

With Oceanias in Queensland in March, and National Championships at Maydena Bike Park in February, the team's first goals aren't far away.

“Here in Australia, our team riders will focus on being the top rider in our category. I came 2nd this year at National Champs, and I'll be going for it next year!” Internationally, it's a big schedule.

“Our goals are to race World Cup rounds 2-8 plus the World Championships if our riders get selected. We also want to be involved in the Crankworx World Tour in Innsbruck, Whistler and Rotorua, plus some IXS Cups between World Cup races. Some riders may do some Enduro World Series (EWS) races as well.”

This sounds like a huge commitment, but one that all four riders are motivated for. We wish them all the best and hope to see them atop podiums this coming season!