Cross-country racing has been a backbone of mountain biking for decades, pushing product development and riders, and getting riders into the sport. So what's changed?

When I first started reading Australian Mountain Bike magazine in the mid 90s, bikes were reviewed and then moved into being a cross-country or downhill bike. The difference being: it could go up, down and along pretty well - or really it just went down.

'Cross-Country' racing at the time was a lot longer than it is now, with races well over 2 hours, compared to the 1h20-1h30 which you see most World Cup races being completed in. Laps were longer, and technical support on the course was based on what spares you carried. Cross-country racing really was mountain biking - against the clock and other riders.

Mountain biking has changed in combination with mountain bikes. Our equipment is a lot more capable, and in a sense what the majority of us can ride on a typical mountain bike is different now as well. But at the root of it - isn't trail riding just cross-country? Why has cross-country earned a name that gets derided? I reached out to some of the current (and past) crop of Australian cross-country (XCO) talent to get their opinions on how XCO represents mountain biking, and why perhaps much of the greater perceptions are wrong. 'XC' has a dirty name, many think it's tame or boring. But right before the World Cup starts, let's see if we can't show that XC shouldn't be a dirty word. "It's interesting that 'enduro' is the cool new format," states Dylan Cooper, of RideTechnics, "with XC being uncool to some, when really 'enduro' is just what XC riders have been doing since the beginning - climb up at a pace that suits you, then pin it down the hill on a challenging trail at a speed that makes it fun. Then repeat."

Don't miss our highlights from the U19, U23 and Elite XCO National Championships!

This is a perfect point, so much of what any ride any of us does, is climbing at a pace we can manage, then bombing the descent as fast as we can. To me that sums up a group trail ride, a cross-country race, or an enduro race too. There's just a difference for when you're on the clock. But maybe there's more difference over the past decades?

"The difference being, especially back in the day, they did it on raw trails and on primitive bikes that had no margin for error. That still somewhat applies today. XC encompasses everything that's fun and tough about mountain biking, on all types of terrain," concluded Cooper. Interestingly enough, Cooper uses his skills honed in XC to tackle enduro races, with a number of podium finishes. 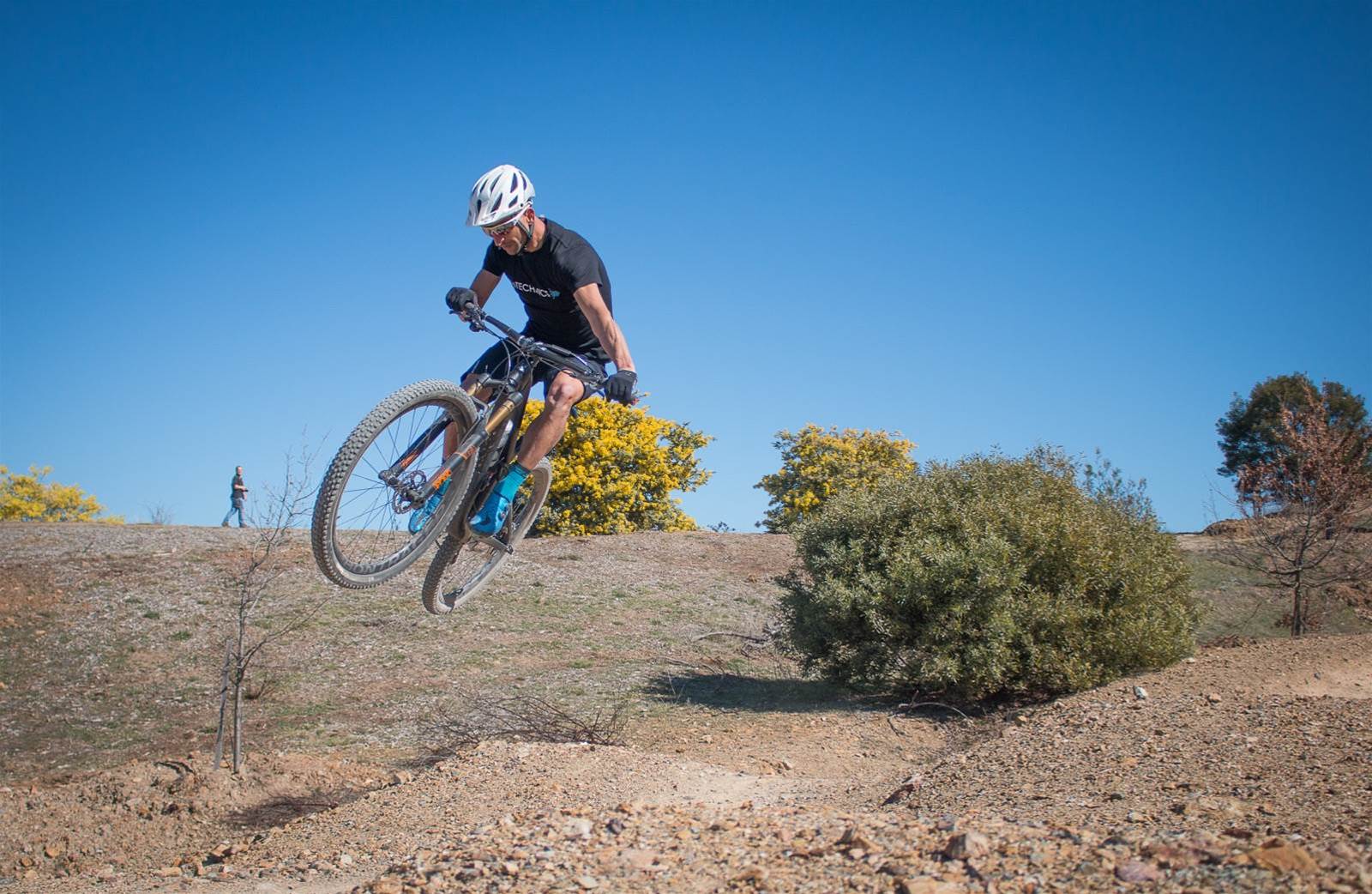 That sense that XC is 'pure' comes up pretty often when talking to riders. U23 racer Reece Tucknott states that it's the purity of XC racing that he loves. Tucknott makes a great point there - that the athletes winning XCO have the highest technical ability. Who hasn't seen how riders like Nino Schurter ride on their trail bike? What about Paul van der Ploeg - pretty seemlessly switching from Cross-Country Eliminator World Champ through to Gravity Enduro? Cross-country riding and racing is a huge skills development area. 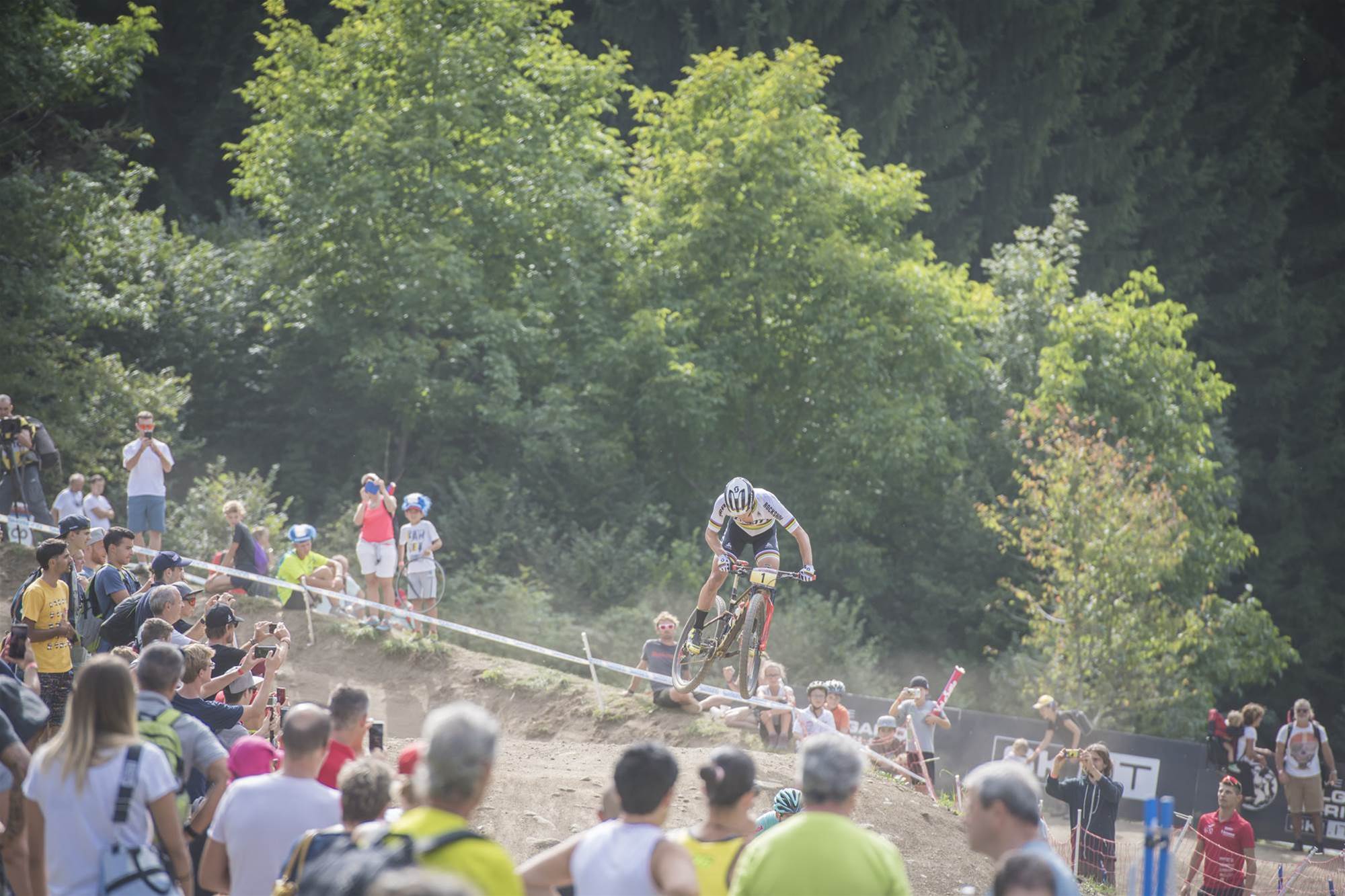 Schurter on the way to a World Cup victory at Val di Sole. Photo: Phil Gale
Next Page
1 2 Single page