Swiss efficiency housed in a well packaged brake pad. What's not to love?

Brake pads can be hard to get excited about if your riding isn't that exciting. Start adding more speed, demanding conditions, longer descents and late braking points, and you might find your stock set up is lacking.

SwissStop have long been known for excellent after market brake pads – for road, mountain and cyclocross. When Shimano released their IceTech pads, it brought a new convention on how to manage heat for disc brakes on mountain bikes.

The concept of fins that extend from the backing plate on Shimano's pads is carried over here, however the design is different, and a little taller. For the gram counters, the SwissStop 28's are also 3 grams lighter on my scales. The compound is also unique, and SwissStop's own testing shows less wear, and lower temperatures than their competition.

I had one set of these pads on my workbench for a while, and only fitted them before heading to the French and Swiss Alps in June. I've made a bit of a habit of such adventures, and typically run an XTR Trail brake with metal pads and 160mm IceTech rotors. So while I didn't do back to back tests from one pad to the next, the scenario and set up was similar. 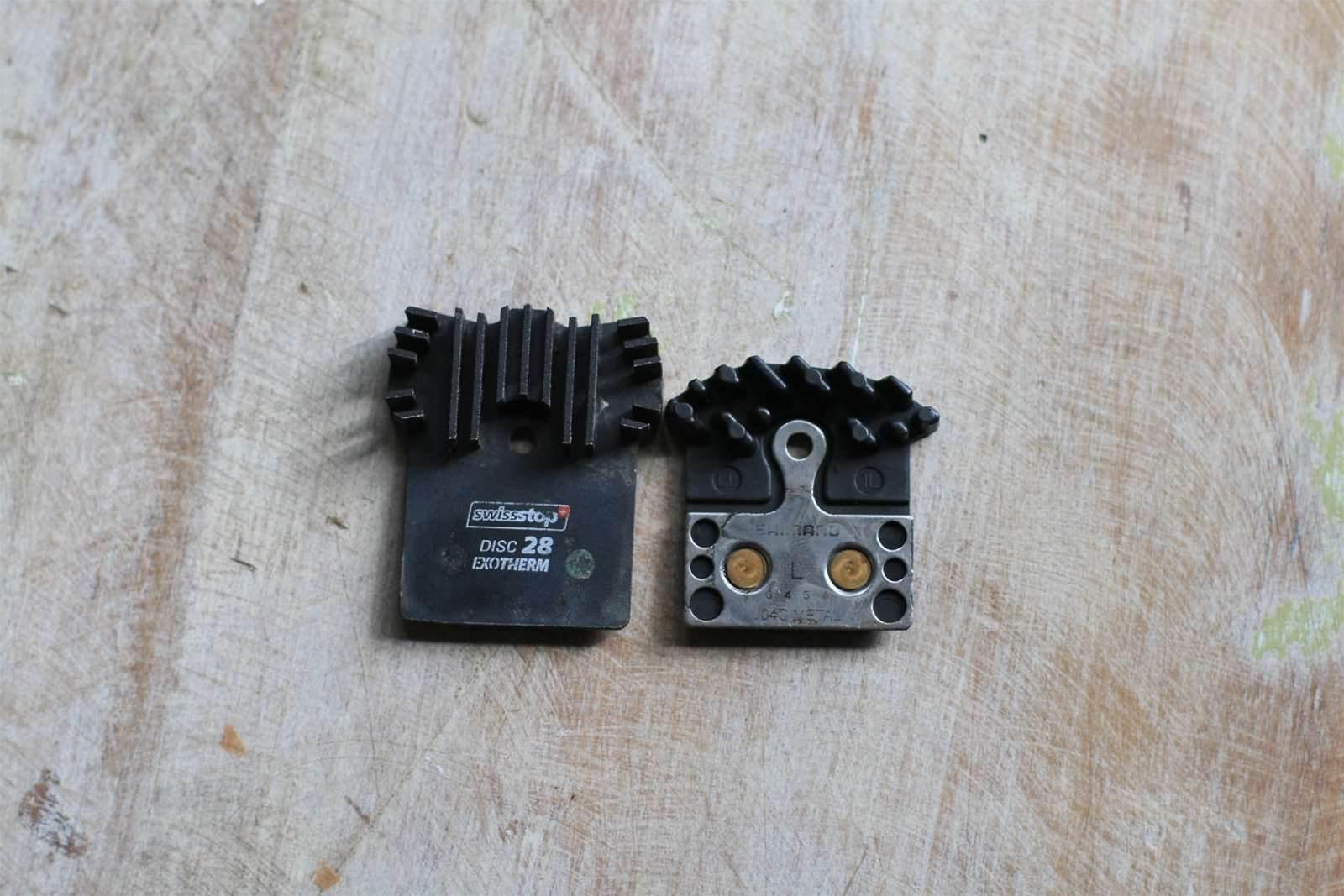 Firstly – the pad was quiet. No scraping, no squeal. It managed heat really well, and even after some horrifically muddy conditions, there was still plenty of life left in the pad. I did experience some brake fade on an extended descent, but it was minimal and this was about 800m of altitude loss. I've cooked pads and rotors in similar circumstances.

As much as the heat resistance, the brake feel really won me over. They were very consistent, and didn't glaze over even after I'd had some fade. These pads were really impressive – but as with all things Swiss, there's a little more investment. Models are available to suit most common brake systems. If you're after some greater performance from your brake system, these are a worthwhile upgrade.