See how the Marzocchi Bomber Z2 tackles the trails!

Marzocchi were one of the early players in the suspension game, calling on their expertise with motorcycle suspension. But it wasn't until the big orange Marzocchi Bomber Z1 was released in the late 1990s that they really found their calling. The early Bombers were coil spring, had great seals, large legs and a really plush action. In recent years, Marzocchi were purchased by Fox, and the range has become focused on trail, all-mountain and park bikes with some high value offerings.

While the original Bomber Z1 was a 100mm fork for freeride (yes, really), the Bomber Z2 was a 65mm fork for cross-country riders. Fast-forward to the current era and the Bomber Z1, and Z1 coil, are longer travel forks with big 36mm stanchions, so are still aimed at all-mountain riding, enduro, freeride and park riding. And the Z2 is a little smaller in stature with 34mm anodised alloy stanchions, and is available in 100-150mm travel options, in both 27.5 and 29” sizing, with Boost spacing (only) and 44mm or 51mm offset. The Bomber Z1 now has a coil spring option, you can find our review of that HERE, but otherwise the air spring in either the Z1 or the Z2 we have on test is essentially a Fox Float EVOL unit, and you can use volume spacers in the same way you would on a Fox fork to change how the air spring ramps up. These air springs are really reliable, and calling on bigger brother Fox is a huge boost for Marzocchi in this instance. In the right hand leg, Marzocchi have their own damper, the Rail damper. It moves from open through to firm in a continuous 180 degree turn. With quite a large  area to grip it is easy to actuate no matter how tired you are.

Reading the stats the Bomber Z2 sounds a lot like a Fox 34, but with some different materials and a simpler damper, it means the Bomber Z2 can sell for $849. I first fitted the 140mm, 44mm offset 29” Bomber Z2 to the Transition Smuggler Carbon long term test bike I had last year, for 6 months of testing in that format. Towards the end of the test period there was a knock in the fork bushings, which warranted a return to Sola Sport for a service. They hadn't had any other forks experiencing this, and they were returned freshly serviced, and set to 130mm travel as per my request, to fit onto my Norco Revolver to push it's cross-country abilities well into a trail setting. There is a lot to like about the Marzocchi Bomber Z2. It's a suspension fork made with reliable components that is stripped back of some complexities. And according to suspension whizz Aiden Leffman of Cylinic, the biggest impact on getting the setup of your suspension right is having the spring rate. And with a Fox air spring, you essentially have an infinitely adjustable spring there to use., the Rail damper is just there to tweak compression and rebound.

The Bomber Z2 is a little heavier than something like the Fox 34 Performance Elite, and even with the fork's steerer cut down it is really close to 2kg. It really is a fork that is prioritising value and performance over reaching a low weight target. And once I had the fork setup as I wanted it, I was really please with the performance. 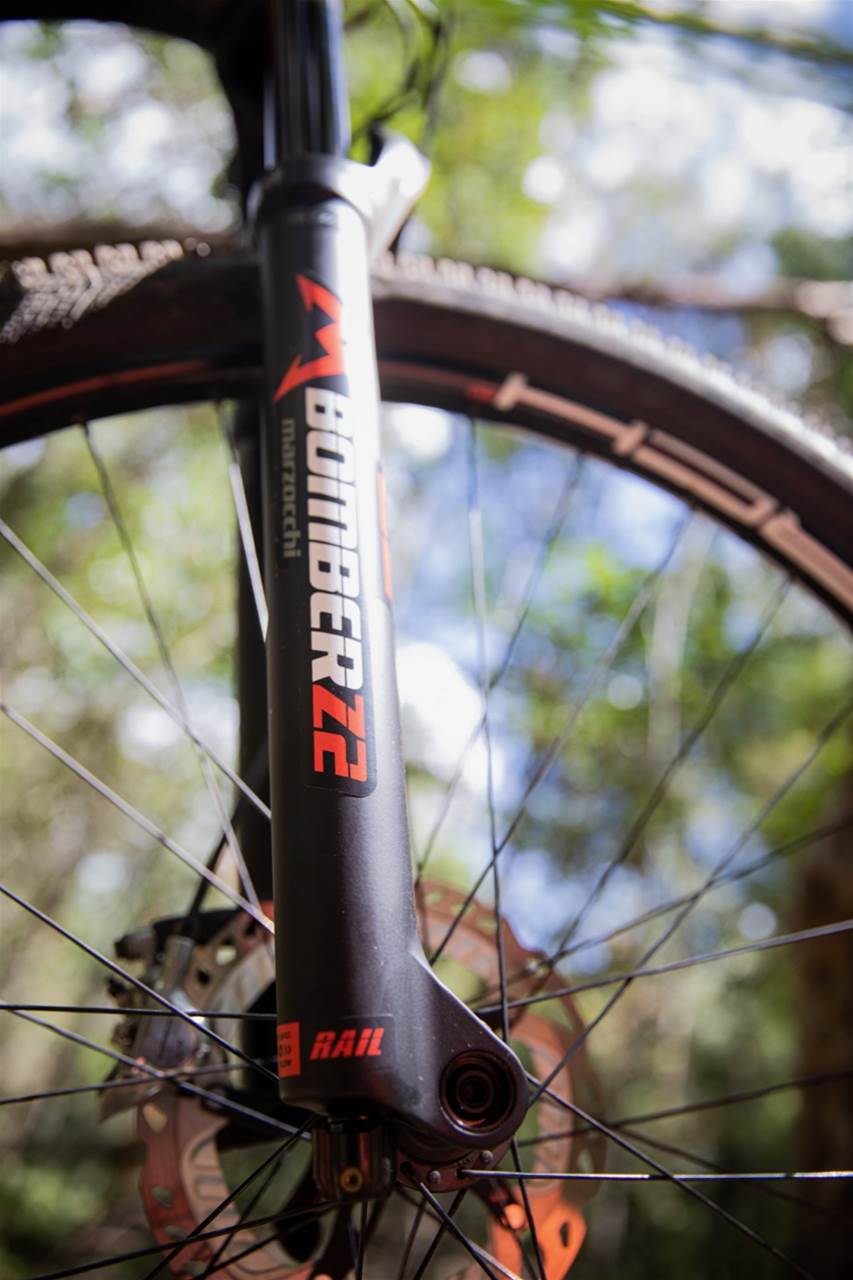 The Bomber was a treat on the trail, with all the stiffness you would expect from a trail fork, and the support through the stroke that you would expect with a quality air spring. When using the fork at 140mm on the Transition Smuggler, at times I did want a bigger fork like a Z1. But using it on my Revolver in it's 120mm trail setting, with 130mm via the Bomber Z2, it was perfect. And I think keeping the differences between the two forks in mind despite overlapping travel options is really important. As a trail fork I found the Bomber Z2 superb, esepcially considering the $849 price tag. It was easy to use the Rail damper to lock the fork out, or to increase the compression damping just a little for a descent where I wanted to make sure I was sitting a little higher in the travel more often. It really is an easy adjustment to use. Now, if you're a more aggressive rider looking for a mid to long travel fork, I think the Z1 in a or 140mm or 150mm option might be a better choice in the long term. I didn't find the Z2 flexy, but I do think that the sport of mountain biking is continuing to evolve, and most of us aren't interested in updating our bikes every year or two. So if you're looking at a new fork, and you know you want it to take the big hits, the Z1 with bigger stanchions could be what you're looking for. As a trail fork that is supple, easy to adjust and maintain, with global parts support and the potential for travel adjustability, the Z2 is ideal. It might just be the ideal upgrade for your bike to bring it into some modern suspension performance, and it could be the perfect choice for a trail bike build that hasn't been designed to cost the earth. Watch: Is this the best reef in Europe?