The Kask Rex is the Italian brand's mountain bike specific lid and it's now available in Australia.

You might not have heard of the Italian helmet brand Kask. Their helmets have been worn by some of the top teams in the World Tour and have also proven just as popular with the serious cyclists on the streets of Melbourne or Sydney. Helmets like the Mojito, the semi aero Protone and the new lightweight Valegro are seen on a large number of discerning roadies and XC-focused riders as well.

This comparatively young brand of just 14 years has risen quite quickly to be well respected in the many industries it plays a part, producing helmets and a few other safety items in not only the cycling industry but equestrian, snow and industrial industries alike. Like most cycling things made in Italy you expect a certain quality and Kask does not really differ here with great attention to detail and subsequently prices that match. However as any Italian brand will explain… “you get what you pay for”. 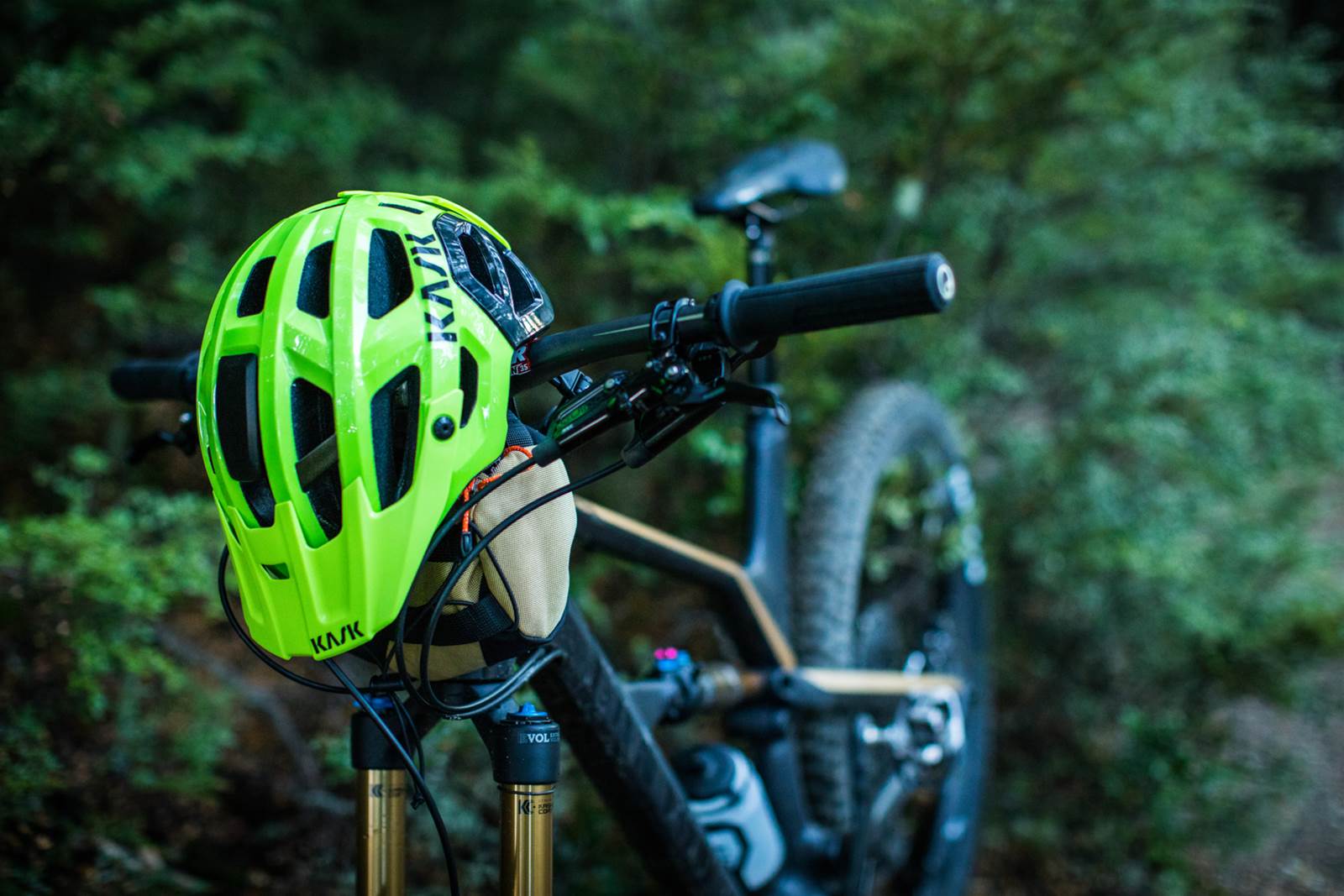 The Rex is Kask’s only mountain bike specific helmet in their fairly vast cycling collection, which while somewhat surprising is quite understandable as many of their road offerings can do double duty as a high-end XC lid. It also means they have been very enduro oriented with the Rex stacking it with features that set it apart. Most notable would have to be the easily adjustable visor and goggle strap retainer at the back, making it super easy to deal with wearing moto goggles, and because nothing screams Enduro more than an open face and goggles. Another mountain bike must have is a direct camera mount, and the super sturdy integrated low profile mount found on the Rex is one of the best I’ve seen. Almost more importantly the mount also works awesome with helmet lights that are also smart enough to share GoPro’s simple mounting system. 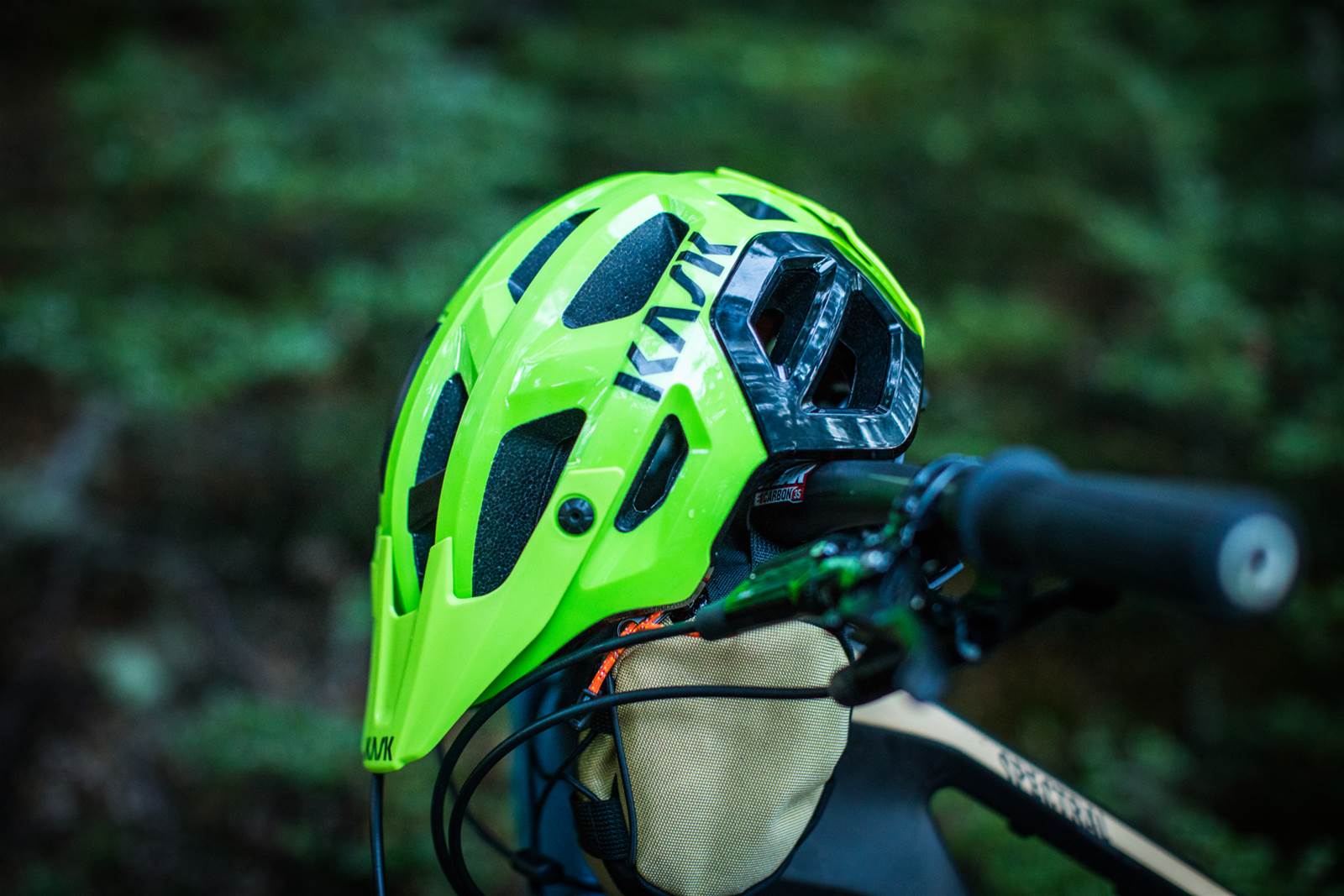 Moving onto the most important part of helmet design and we come to the “Octo-Fit” retention device, it’s slimline and works great, cradling the rear of your head to keep the fit snug. Helmet fit is usually just as personal as trying to choose the right saddle, just like no one’s backside is the same, oddly enough neither is the lumpy warped dimensions of an individual’s skull. I really feel like Kask’s system manages this well. I often have issues with my head, but the Rex adjusted easy to exactly what I needed. The one surprising thing however was lack of any MIPS option in their line-up. With most other big brands offering at least one MIPS equipped model.

Kask has been somewhat controversial in stating that after completing its own testing it does not believe MIPS to offer any substantial safety improvement whilst hindering both weight and breathability on the helmets it is used in. They felt it would not offer any value to their helmets except for being a powerful marketing tool. To be honest I kind of agree, but inherently this type of safety measure is very hard to prove an advantage, yet very easily to pray on the safety conscious mentality of an industry often confronted with tragedy, but this is for another article. MIPS alone would never sway me one way or another on a helmet purchase. 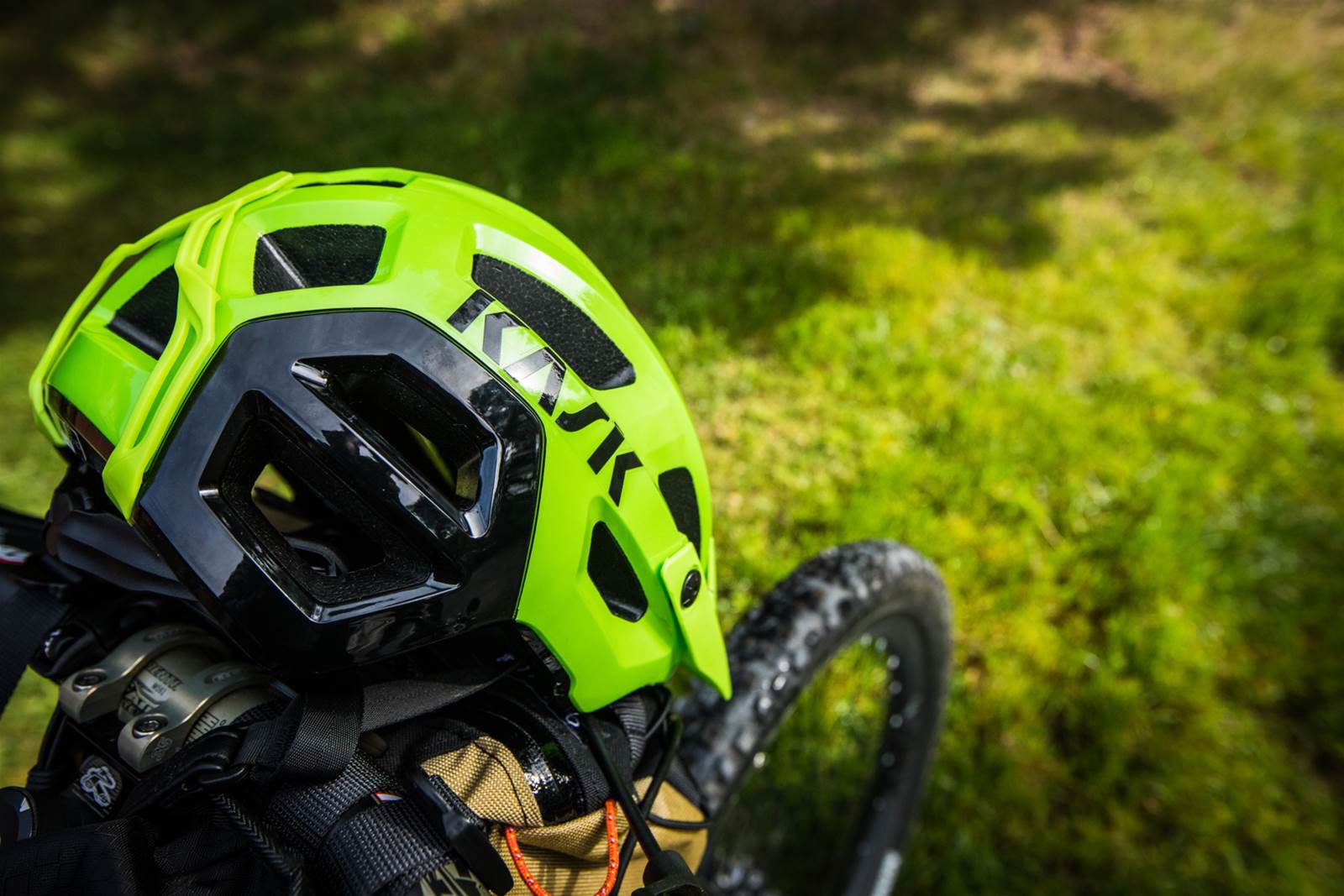 Comfort wise Kask really has the Rex dialled, with 20 large vents over heating was never a problem. While the super thick padding was extremely comfortable, it did store a lot of sweat and this needed a good draining every now and then. Probably the weirdest yet strangely the bit I like most about this helmet is the leather chin strap. I know it sounds excessive and such a small thing to go on about, but when you have a beard of any type I have found hairs are much less likely to get stuck and rubbing and irritation is non-existent. This leaves you free to run your strap as tight as it should be instead of having it loose like the scooter kid at the skate park. There is also ear side adjustments which I love, they always get out of whack and you very quickly get used to the location they are fixed too.

All in all I think the Rex mountain bike helmet from Kask is a superb offering. With the only complaint being the visor looking oddly small to what I was used to. Functionally it works amazinginly and I would recommend it to anyone that was interested.

- Smallish visor, and a little pricey.