Felt have used a full carbon frame, including the rocker, and previously mentioned F.A.S.T. suspension design, Boost axle spacing, with a pretty beefy and wide cross section tubes all around, especially up front around the head set. You can see they were serious about trying to make a stiff handling bike by the size of the tubing used. The top tube has good stand over clearance, but still quite a high effective seat tube length which may make it a little tricky sizing wise if you are short in the leg for your height like I am.  With only a 125mm dropper post in the Medium and Large, at 181 cm tall I have the dropper almost all the way slammed down on this size large, even with modest reach numbers in this size. 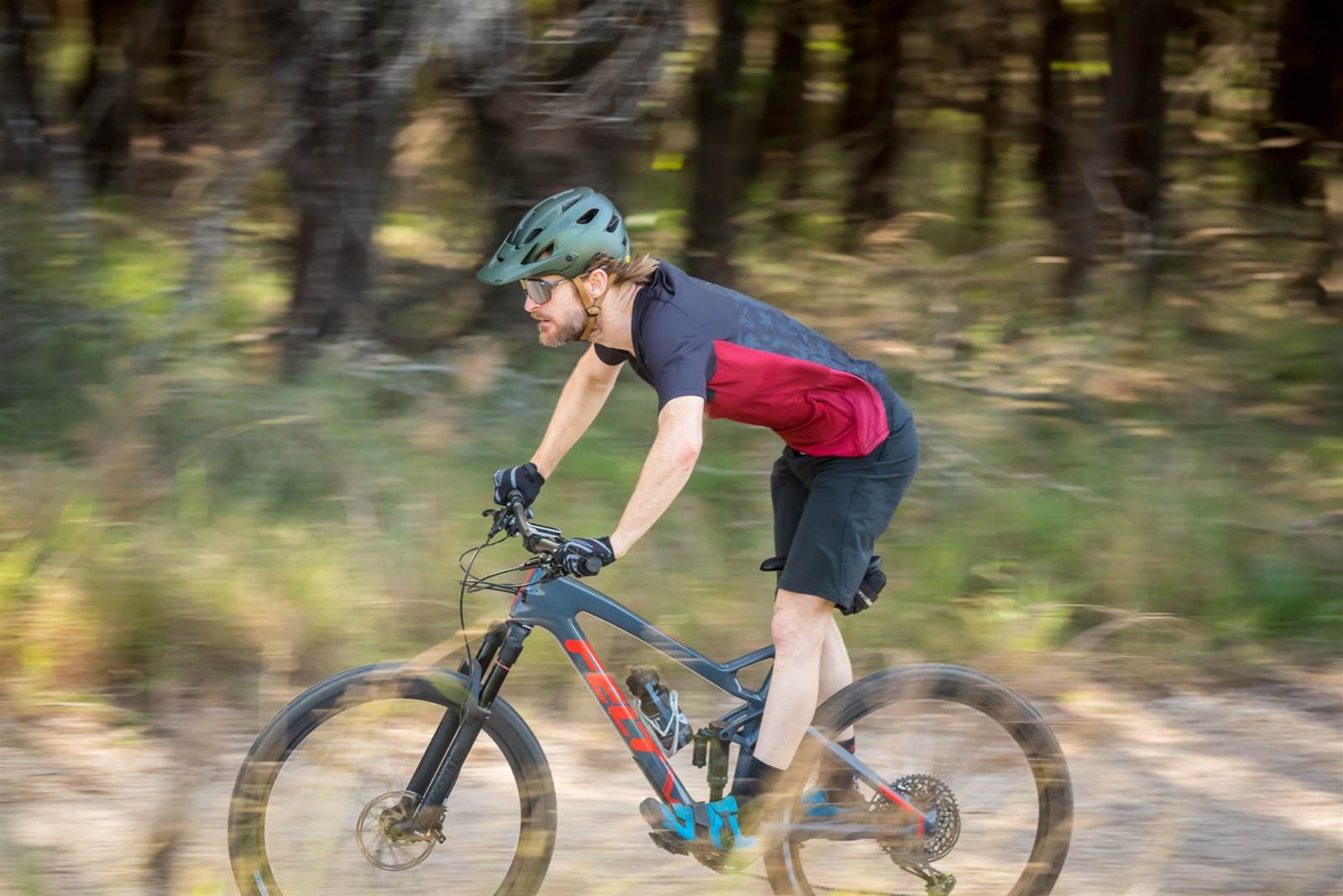 The geometry on the Felt Decree isn’t as progressive as many new bikes, which could be a good or a bad thing depending on what you are looking for in your bike. The head angle is 66.5 degrees, and seat tube angle 73 degrees, with a reach in the large of 436mm, and a wheel base of 1174mm. This makes for a capable bike, but nowhere near the numbers of bikes from brands like Transition and the like. I found the seating position pretty good, but the front end could get a little light on steep climbs, needing me to lean into it some more to keep it planted and going where I wanted it too. The chain stays are nice and short at only 428mm, and keep it nice and easy to lift the front end when needed and snappy on tight stuff. It doesn’t feel too big or long , but may lack that high speed stability and confident handling on the steep and high speed descents as a result compared to bikes that are longer and slacker.

There is a flip chip located in the Felt Decree seat stay pivot that alters the head angle by 1 degree, and raises the BB by 10mm, but I didn’t feel the need to play around with this feature during testing, I was happy with the handling in the standard position. The Decree has a threaded bottom bracket too, which makes for easier home maintenance without the need for specialist shop quality bearing presses which is a good touch in my opinion. The frame has good clearance with the 2.5” Minions. I’m not sure how much wider you could go though and still have some mud clearance. The cable routing is all internal and is Di2 compatible. Felt use a pretty neat set up on the entrance to the frame, and to my liking also had the brakes routed nicely for the usual Australian set up of front right, with the rear lever on the left, the cable entered the frame on the right side. The Decree 1 gets the full SRAM and RockShox treatment spec wise, with an Eagle XO1 full drive train, Guide brakes with 180mm front rotor and 160mm out back. I’d prefer to see 180mm front and back  on a bike with a design like this. Along with the high end drive train, RockShox provide the squish factor, with Pike RC forks running the Charger 2 RC damper that gives you low speed compression damping, and rebound damping adjustment. Rather than a standard 3 position lever there are about 10 clicks of adjustment to fine tune the feel you want. Our test bike looks like it’s come with the Super Deluxe RC3 as it had the 3 position compression adjustment, rather than the 2 position of the RCT version which is listed as its spec.  Felt have given the suspension a custom tune with minimal compression damping, due to the way the suspension is designed it doesn’t need a lot of damping control, and this goes to aid in the sensitivity of the platform. In the looks department Felt keep the aesthetics subdued but still with a little flair in the paint with a nice grey with the pop coming from the red decals in a gloss finish. The frame certainly has a super wide front end of the top tube and down tube, which tends to draw my eye when I look at it. The all internal cable routing keep things looking nice and neat, and no remotes keeps the cables to a minimum. Compared to most new bikes these days the slightly higher seat tube and shorter dropper post changes the lines in the back end a little.

Setting up the Felt Decree

Set up was pretty straight forward, and with cable routing for the rear brake entering the right side of the frame I didn’t get to test out how easy routing cables was. Felt do have a cable port under the bottom of the down tube that does come out allowing easier cable routing, but it is not as big as some on the market. That same port offers the Di2 battery mount also. The frame came well-greased everywhere you needed and friction paste in the seat tube, so again good attention to detail on the little things.

One of the only niggles in set up was the bars the Decree comes with do not have any centre marks to help line up the bars when adjusting, so I had to get the tape measure out and check each side and adjust as needed. I was pretty impressed with the contact points, the grips are a wafer style grip which I find give great comfort and I but have been quite happy with the comfort and stability when seated and climbing with the WTB saddle. For the suspension I set the pressures quite a bit lower than I would usually run to get the sag levels I was after. I ended up setting up at 25% sag in the rear, and about 23% sag in the front. I was getting full travel on the big hits, but it never felt harsh when bottoming out. The Decree felt good through G-outs, resisting diving through the travel and without getting squirmy. 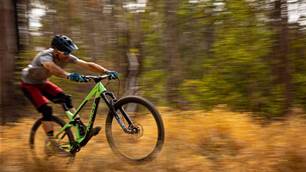