The Snowies MTB Festival has started! Day one kicked off with a race up to Thredbo along the Thredbo Valley Trail.

After a year where nothing was normal, 2021 is the year of embracing the new normal. And for the hard working event promoters around the world, that involves quite a bit of work. Still, In 2 Adventure have done all that work and the 2021 Snowies MTB Festival started today at the beautiful Lake Crackenback Resort and Spa, nestlend in the New South Wales Snowy Mountains.

Lake Crackenback was one of the stops on the AMB Snowies Roadie in early summer, and it's popular thanks to the beautiful location, wide variety of accommodation, access to trails and a whole host of other activities. The day spa is also a reasonable attraction for many! 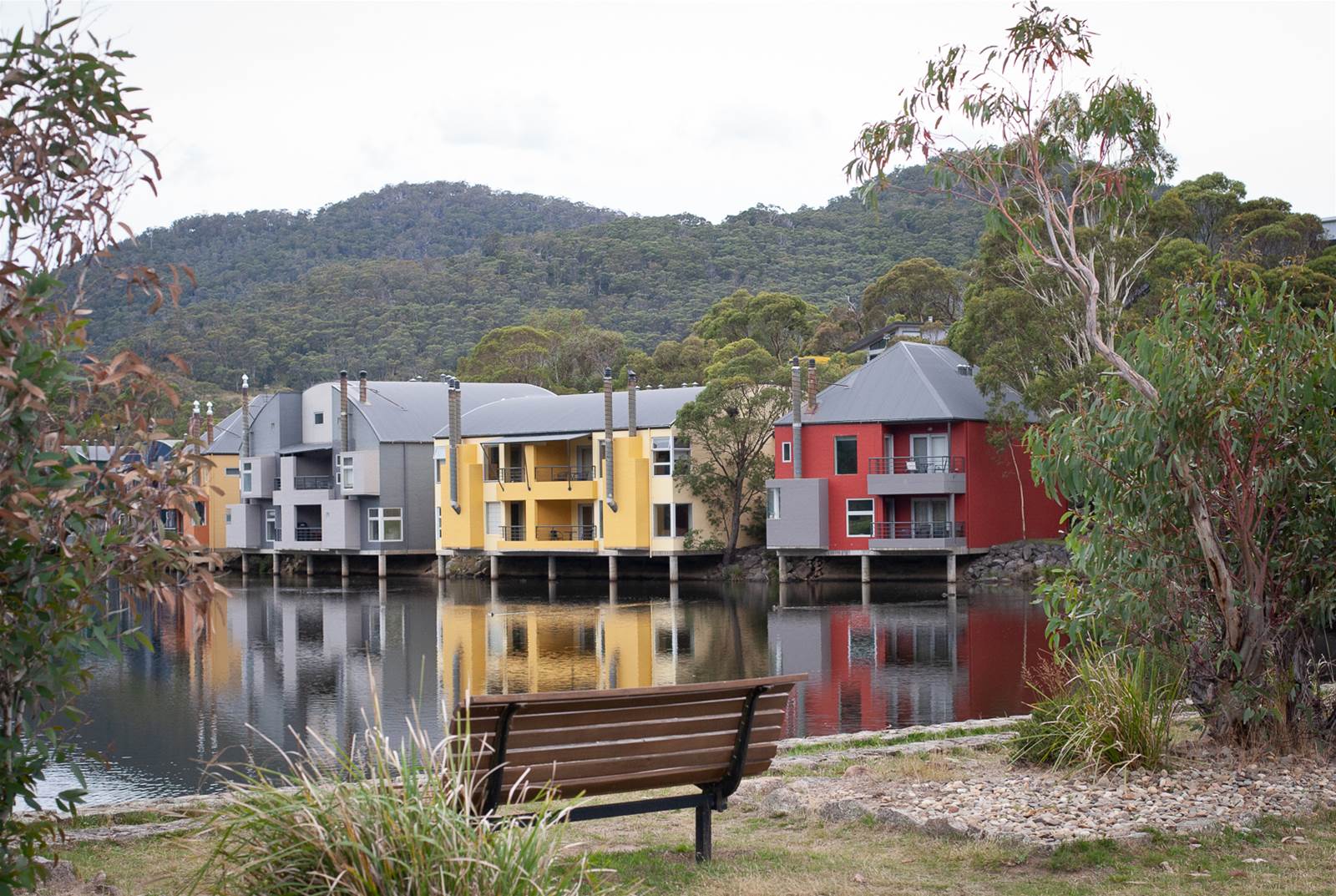 The Snowies MTB Festival has 4 stages over 3 days, with a hub right at Lake Crackenback. While not every stage starts here, there are shuttle buses available, and it makes the whole 3 days pretty easy to manage. Today kicked off with a hectic 19.5km Thredbo Summit Smash out of the resort and up to Thredbo, along the top section of the popular Thredbo Valley Trail.

Ahead of the whip crack to start the race, we milled around (socially distanced) to listen to the rider briefing. It was clear that for some, this was the first time catching up in up to a year. Sure, some events have been running since last March - but not a whole lot. Mountain bikers are an inherently social bunch, and being gathered in one place to ride or race bikes is always reason to celebrate. 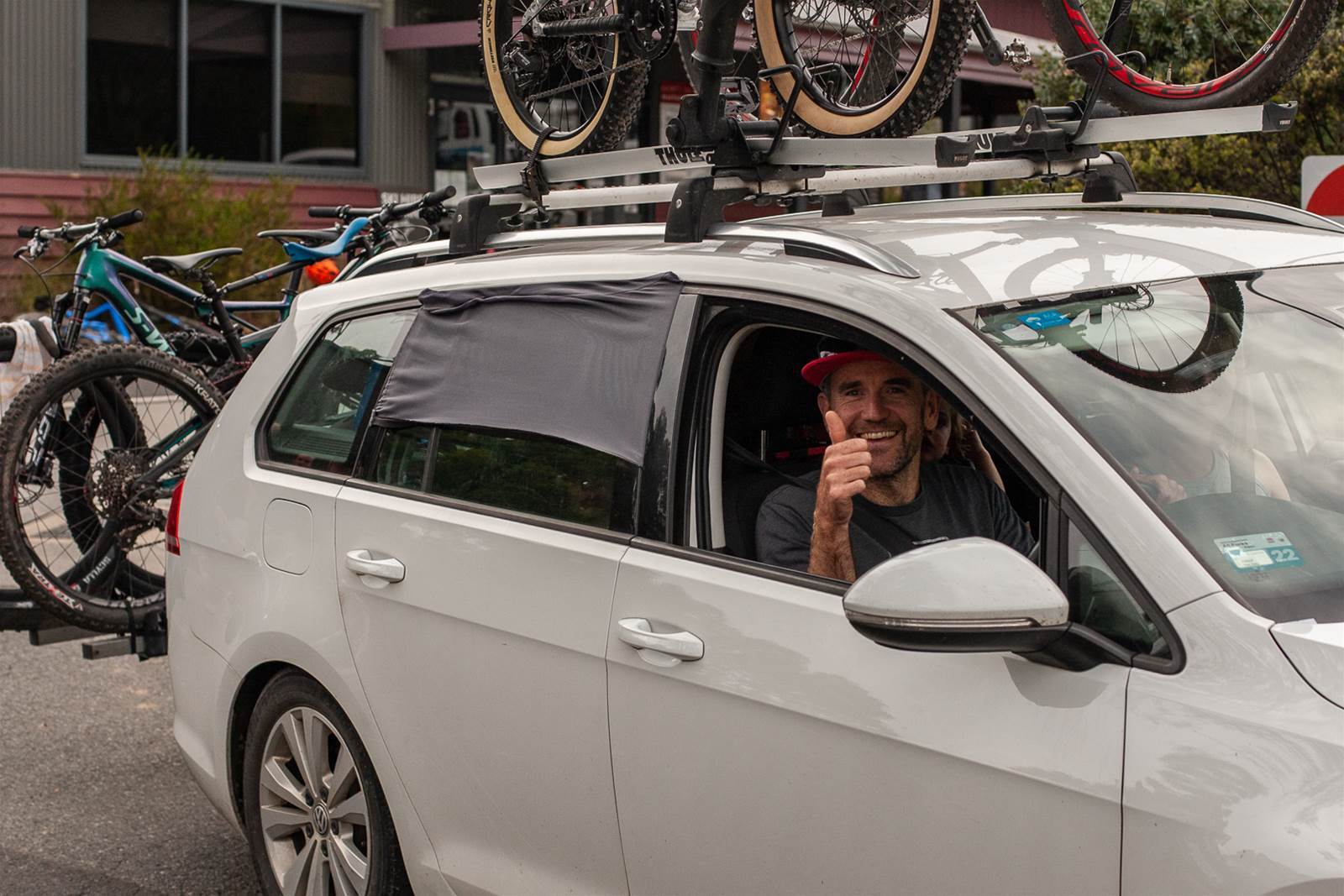 With some riders eager to test themselves, the neutral start was neutral for barely 30 seconds before we set off at pace up the hill. The elite men shot off the front, with the elite women lead by Bec McConnell and Zoe Cuthbert, as they started to pass through the elite men's field within the first few kilometres.

These two were close for about 14km, with McConnell trying some passing moves on Cuthbert, although all were shut down, until Cuthbert hit the gas after a steeper climb, getting away from McConnell. Cuthbert won the stage and Em Viotto was 3rd behind McConnell.

Out the front, Dan McConnell had got to the front and was stamping his authority on the race. It was Jon Odams in second over a minute back, with Andrew Blair another minute or so behind. Full results are online.

And the riding? Well, if you're familiar with where Lake Crackenback is and where Thredbo sits, you'll know that it was a trail which predominantly went uphill. But there are descents on the way up, and it was a great first stage to get reacquainted on the Snowy Mountains trails, for anyone who hasn't ridden here before, or for a while (like myself!). With a little rain overnight, the dirt had a bunch of grip or was still a little skatey, depending whether you were in the dark brown dirt or the drier terrain. There were sniper rocks to keep you on your toes, and the tighter trails that are nearly hidden by alpine grasses egged you on to commit to a corner, despite not really being able to see much that's on the other side. The Thredbo Valley Trail isn't a technical test piece - but it's a bunch of fun to ride fast!

A time trial is known as the race of truth. You're either fast, or you're not. It's a little different transfering that from road racing to mountain biking, as you need to be pretty fast to do well in mountain biking - sitting in a bunch isn't really a thing.

Still, racing solo on a short course against the clock leaves you nowhere to hide. No one lead you into a bad line, no one got in your way. It's just you, your bike, and the trail. And the fact that you'll probably have someone chasing you down, and you'll be chasing someone else down. Regardless, a time trial in a stage race adds another element. They're short and sharp, and an ideal opportunity for time gains - or a terrible opportunity for time losses.

With a 5.5km course right from the heart of Lake Crackenback Resort, the course would snake up some rocky technical features, then right into some fast, swooping trails from this morning, before rolling singletrack next to the river, and a fast double track and singletrack finish.

The 5pm start time was brought forward to 4pm to dodge a predicted storm, and the elite riders went first with the leaders starting. This mean congestion on the singletrack course would be less, of course that meant the rider behind you on time from this morning was also starting 20 seconds behind you, and quite likely to be staring right at that target on your back!

This course kept you on your toes, but was about 15 minutes (or less) of singletrack fun. It's also part of the 15km lap that makes up the race for Sunday.

Dan McConnell won the TT as did Zoe Cuthbert - they both absolutely stormed the course!

Tomorrow sees us shuttle to Thredbo to race all the way down the Thredbo Valley Trail to Lake Jindabyne. It should be a cracker! 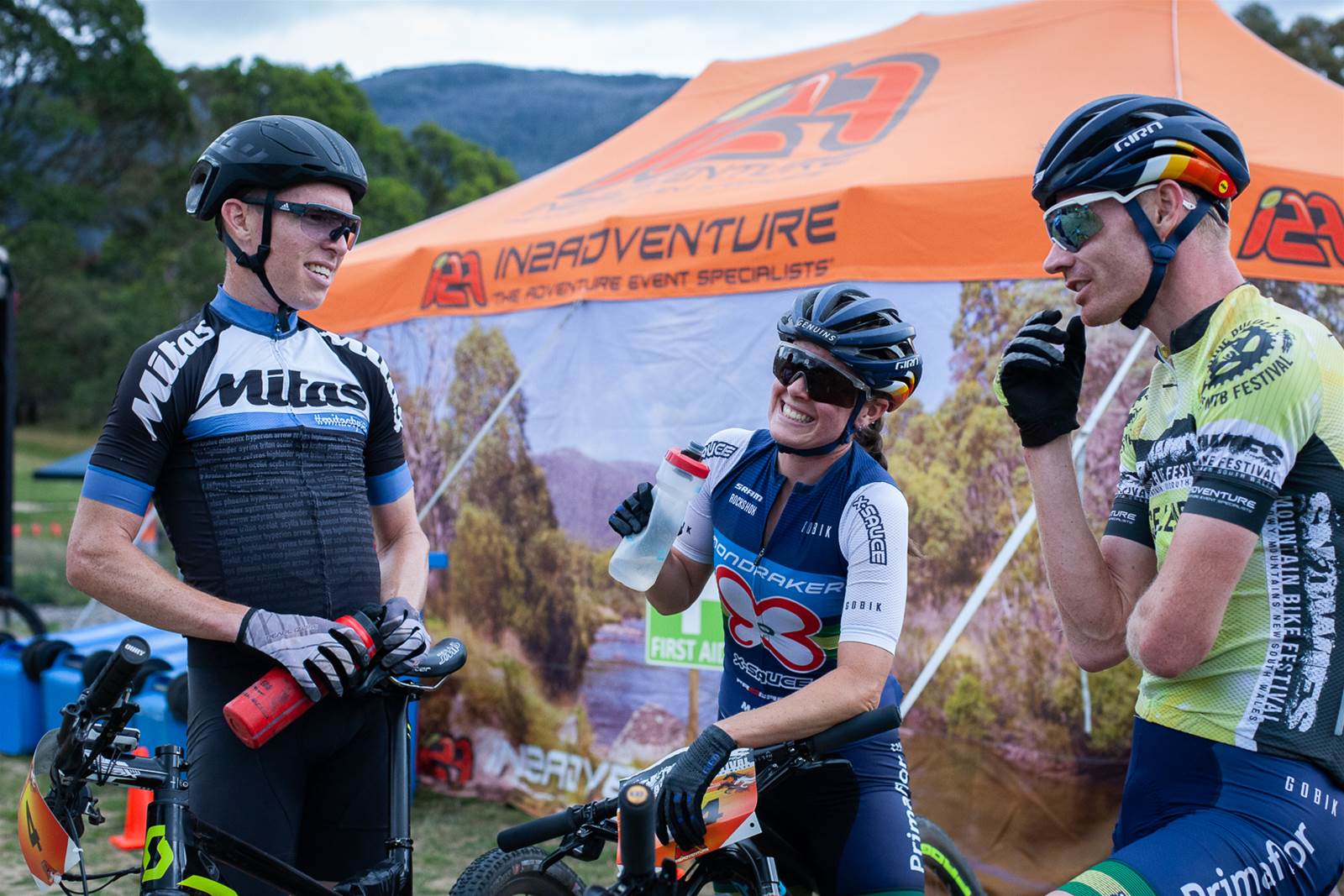 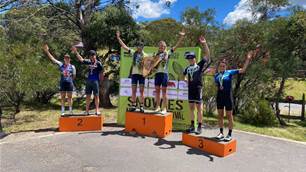 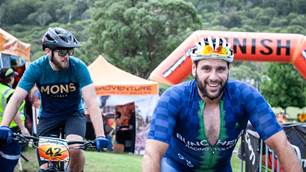 Keeping up with the McConnells