Learn to deal with dusty trails this summer!

Unfortunately it looks like it’s going to be a dry spring and summer once again. Dry and dusty trails are pretty common in Australia and probably more so than any other part of the world. In general, Aussie riders are fairly well versed when it comes to dealing with dusty conditions but that’s not to say that it’s something which makes for a better trail. The days of hero dirt are unfortunately few and far between on many trail networks and dusty conditions can often make trails slippery, bumpy and just not as much fun as they could or should be. Here’s a couple of tips to help get the most out of dusty trails as we once again head towards what will likely be another long, dry spell.

Dry and dusty conditions normally mean two things – a serious lack of traction and exposed rocks covered in dust. To compensate, I generally go with my standard tyre pressures but minus one or two psi on the front and perhaps a little harder in the back. This helps with front end traction and also gives a little extra cushion out back. For suspension settings I’ll normally run just a little bit more low speed compression damping in the front to help push through the dust and get a little extra traction on the front end. 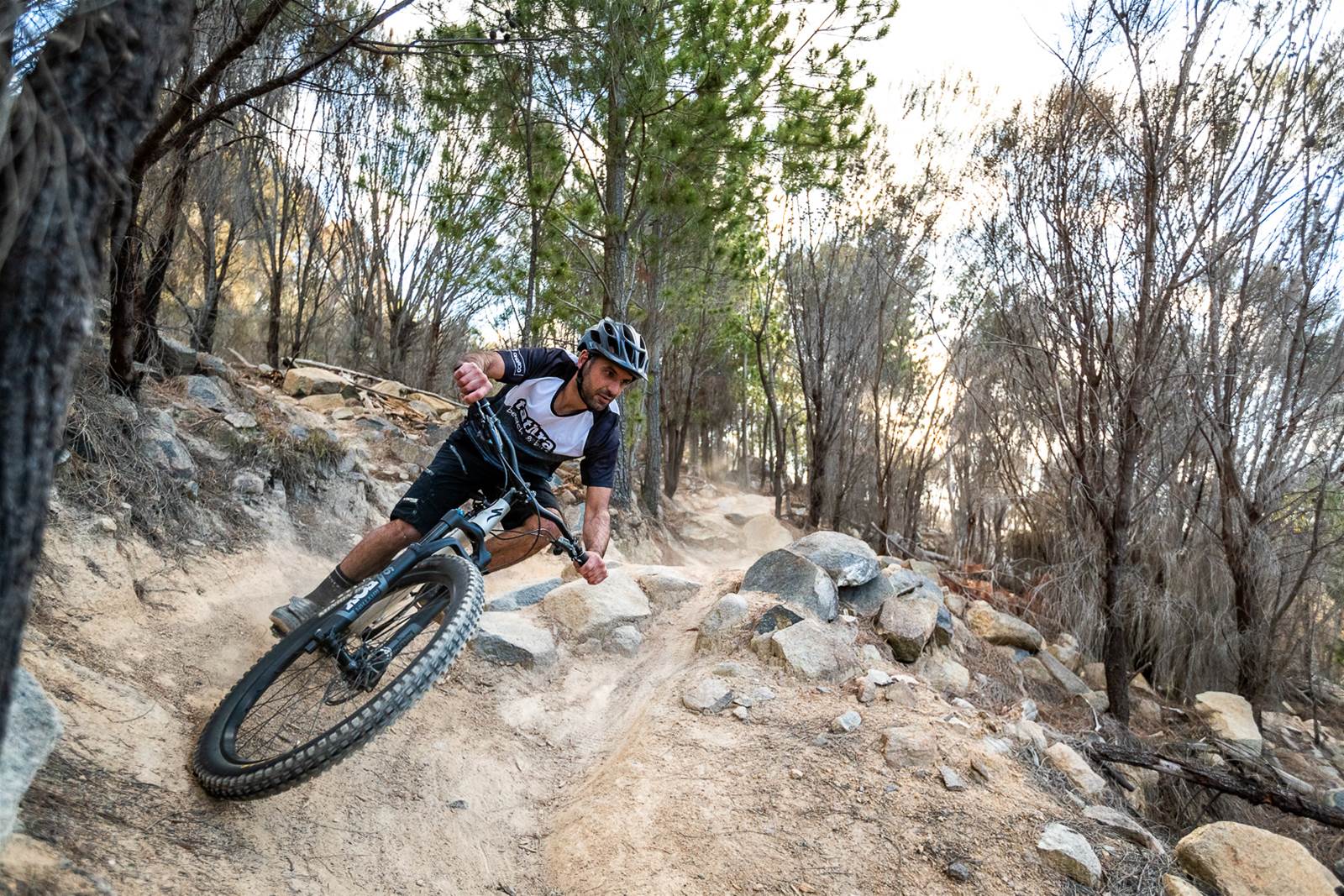 Setting up for corners

The key ingredient for carrying speed through corners in the dust is to set up wide and brake early. Setting up wide will allow you to make the biggest arc possible for the corner which will allow you to carry more speed. Braking late is also a bad idea as the dust means it takes almost nothing to break traction and lose all your momentum in the dry. Remember, the best judge of speed is how fast you come out of a turn, not how fast you enter. Dig deep in the corners

Pushing hard into the corners to gain traction is really important in the dust. Keep your weight centered over the bike and push hard with your legs through your pedals to gain traction through your tyres. Keeping low on the bike can also help. It’s a fine balance to get it right but ultimately you want to push as hard as you can without sliding out and losing speed as you go through the corner. Be light and smooth on your bike over the rough stuff

When it gets dusty, rocky and loose it’s important to stay light over the rocky sections. The loose conditions mean that the smaller rocks will move around in the dust and holes and sharp edges will develop where you least expect them. Staying light will stop you getting bogged down in the holes you don’t see and save your wheels from flats and dings. It will also help your bike find the path of least resistance if need be. Look for the hard pack in berms

As berms deteriorate in the dust, always look for the hard pack which will more often than not be way grippier than any other part of the berm. Quite often you’ll also find this on either side of the braking bumps coming into the berm and above the roughest line in the berm. I’ll often look for the highest, smoothest line in and through which will allow me to exit early and low in order to set up early for the next turn. Last but not least – respect the trails

Sure, as mountain bikers in Australia, we need to live with dry and dusty conditions, but we also need to respect the trails and be smart about what we do and where we ride. As trail conditions deteriorate, trails often get wider and straighter as riders look for the smoother and faster line. It’s also likely that some of your local trails might get shut down for repairs more often due to the conditions. Be smart about how you ride, stick to the trail and respect your local trail crew. There’s no point doing any more damage in these conditions and respecting the trails and those who work on them will ultimately be better for everyone.