Heard of 'The Rules'? Anna Beck explains why they have little to do with mountain biking.

Those of you who have been around long enough, or dabbled in different types of cycling, may be aware of ‘the rules’. These ‘rules’ are supposed to be adhered to by cyclists, but I am not sure why. Maybe it’s like the secret handshake into the MAMIL club? To be fair, the rules are mainly targeted at road cyclists (generally less fun than mountain bikers anyway), so if you’re into having less fun and staring at bitumen then go right ahead and live by the rules.

For the rest of us, here is a little debunk of some of the rules:

Humps are for camels: no hydration packs.

We live in Australia, the driest continent on earth. It’s either scorching hot, or pissing down with rain in monsoon season. Regardless, hydration is pretty important here. I think the bigger picture issue is bicycle manufacturers not allowing for more than a single bottle cage on many bikes. SORT THAT OUT! As an aside, camels are cool. Don’t you remember the RAV4 ads?

Um….in Australia guns=arms which is wholly confusing. What I think is going on here is some advocacy for shaving your legs. But it’s a ruse! You don’t have to shave your legs. Not even if you’re a female rider, an XC racer or anything else. But you can if you want; you do you.

No visors on the road.

Visors are seen as a bit daggy on a road bike, however as I am queen dag I say go with what works. The idea of a visor on the road is not popular as the belief that the visor will impede your peripheral vision… but alternatively it gives you shade. If you only have a helmet with a visor on it, just go for a ride and don’t worry about silly fashion rules.

The arms of the eyewear shall always be placed over the helmet straps.

Position matters. In order to find the V-Locus, a rider’s handlebars on their bike must always be lower than their saddle. The only exception to this is if you’re revolutionizing the sport.

I’m revolutionising the sport one average gravity run at a time. If being more upright allows you to go out and ride a bike pain free, then do that. Run some bloody bar ends or tri bars if you want. It’s not cool, but people who think of themselves as cool are usually insufferable twats: remember that.

Facial hair is to be carefully regulated.

I’ll take care of my moustache if and when I am good and ready.

Cycling shoes and bicycles are made for riding.

If you can ride up every hill you attempt you’re not being adventurous enough.

Or don’t. It doesn’t matter if you’re enjoying the joy of cycling. It’s a different thing if you’re shooting for Rainbow Stripes or club-race fame.

Never Get Out of the Big Ring.

This person has not ridden mountain bikes. To start with, most of us only have one ring, and those of us who have two will be using them. Seriously do these people just do Beach Road rides and River loops?

No Food On Training Rides Under Four Hours.

This is a great way to ensure newer riders have the worst time of their lives and never come back to cycling and instead join a golf club. Cycling is hard, carbohydrates make it much easier. Eating is literally cheating, in the most legal, performance-enhancing way. Eat when you ride hard, or long.

Despite the many failings of the ‘rules’, there are a couple that hit the spot:

Don’t Play Leap Frog. Check your ego if passed, check it harder if you’re passed by a woman and you’re a guy.

Don’t be a jackass (aka: don't be a dickhead)

Cornering confidence increases with time and experience. This pattern continues until it falls sharply and suddenly. (Truth)

So, when it comes to rules: make your own. But never, ever be a jackass. 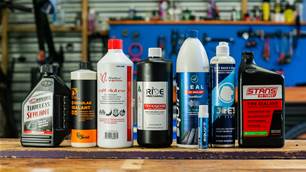 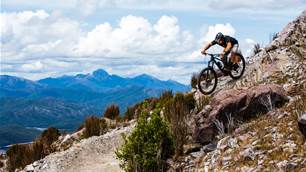 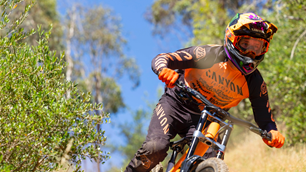