Dan McConnell claimed his fifth National Title with a block-buster performance at the 2016 Subaru Australian MTB Championships at Bright, Victoria on Saturday.

Dan McConnell claimed his fifth National Title with a block-buster performance at the 2016 Subaru Australian MTB Championships at Bright, Victoria on Saturday. This was hours after his Trek Factory Racing team mate Bec Henderson took yet another women's XCO National Title.

With a third Olympic selection beckoning and a World Cup in Cairns next month, McConnell showed just why he’s been the dominant figure in XCO for the past 5 years in Australia.

“That one is pretty high I think to come here and get a national title hopefully can set myself up for a good year. Today is the best I’ve felt in a long time, and it was great to feel such smoothness on the bike.”

After an opening lap of 21:12 seconds the 30-year-old Victorian, would produce 4 sub 20-minute laps around the course, which featured plenty of climbing.

Ivory and Ward, who have showed during the national series they will be the biggest threat to McConnell in future years, worked together in order to peg back any advantage the four time Australian champion.

“He’s really strong. He pulled away on the second climb of the first lap and we never saw him again,” said Ivory who is aiming for the second spot with McConnell on the Australian Olympic team to go to Rio.

Ward took the spoils over Ivory at Mt Stromlo last December in the second round of the National Seres, but it wouldn’t repeat itself as the Novocastrian rider found an extra gear on the final lap.

“I thought I’d tag him early and I thought he’d just have a bit too much sharpness there at the end and he proved it.”

The two young bulls would still be chipping away as McConnell rode solo across the line to the cheers of fans to record a time of1:37:51 seconds.

In the women's race it was a familiar battle with Bec Henderson racing against the likes of Peta Mullens and Jenni King as the main race winning contenders. Although King won the first rounds of the National Series, Henderson has been dominant since returning to racing.

Mullens has been absent from the dirt for much of the National Series, but was still able to pull off an exceptional result for silver, with King in 3rd. Henderson had proven too strong, pulling away early in the race and riding solo. 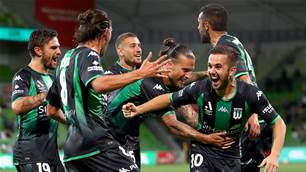