After a looong wait we are about to get another XCO World Championship! After delays, rescheduling and a venue change we have the Worlds about to kick off on the slopes of Leogang, Austria. The XCO track is brand new as the venue is typically a DH and enduro bike park. The weather has been wet all week but the last few days has seen the sun come out but it hasn't lasted! There looks like some rain around with light showers expected throughout Saturday which might be just enough make things extra slick again. 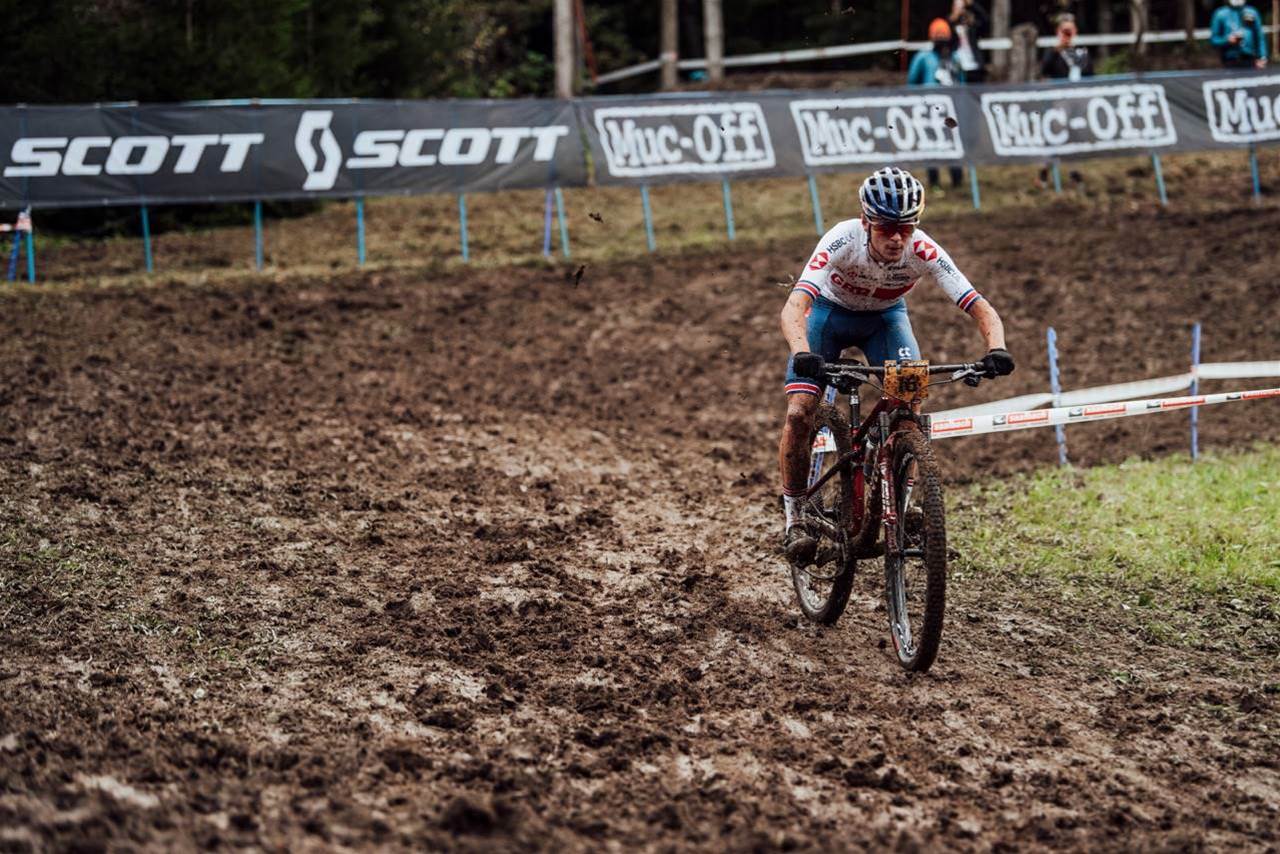 Room for passing? Tom Pidcock on his way to winning the U23 Mens title

First up tonight is the womens event at 9pm AEDT. Bec McConnell is the lone Aussie rider. Bec had an awesome week last week that featured the only two XCO World cups and two XCC short tracks of the year. After a long winter at home it was great to see Bec bounce back after getting caught behind a start line crash in XCO #1 to finish ninth and then grab a podium in 4th at XCO #2 a few days later. It's going to be great to see what Bec can do tonight as she goes up against the rest of the womens field. The unpredictable year so far means picking a winner is very difficult which should make for some exciting racing!

Wow! That last week went by super quick! Each day my racing improved and I am really happy to arrive at this short block of racing ready to go! With such different preparation and a horrible race in Poland you just never know! Massive thank you to @pmxracingteam for keeping us running perfectly all week and @danmcconnellmtb who just gets me, and clearly knows how to get the best out of me, my preparation has been spot on. I am so happy with the result from Sunday and hope I can put my best foot forward again this Saturday for the World Championships. The last race of 2020! 📷 @stephandasilvaphotographe

The men's race kicks off at 11:30pm AEDT and we have Dan McConnell going up against Nino Schurter, Henrique Avancini and a whole host of young riders. XCO #2 at Nove Mesto was an epic race with close racing between the front runners. It will be interesting to see who fairs best in the tough conditions and if the racing remains close.