The AMB100 ran with a different format but the same great vibe in 2020.

Brendan Johnston and Em Viotto are the outright and Elite winners of the AMB100 Async Marathon in Canberra ACT in the classic 78km double lap mountain bike marathon distance in 2020. Mick Sherwood from Tamworth won the 119km triple lap challenge and Kathryn Passalis and Andy Keayes are the overall winners of the single lap challenge.

Race organisers from Rocky Trail had completely revamped the marathon racing format to address the current ACT Covid-19 event restrictions. The event was moved from Stromlo Forest Park, the event’s home for the past decade, to the Sparrow and Kowen trail networks, which allowed two big loops to be marked out for a combined 39km race lap, which was to be completed once, twice or three times, depending on the event entered.

Race Director Martin Wisata said that their objective had been to find a way to spread the competitors out by allowing them to pick their start slots, which controlled the amount of riders out on course.

“This temporary time trial format turned out to be the ultimate ‘Race the Way you Ride’ event – our competitors could choose when, with whom and for how long to ride.”

Referencing Rocky Trail’s company slogan, Wisata said that huge kudos were in order for the five warriors who completed the triple lap distance of 116km in the warm Spring conditions. Mick Sherwood from Tamworth won in 6h31:44 ahead of Jonny Harrison from Manly Vale who came in second with a gap of just over 6 minutes. Malcolm Murray from Dubbo finished in third (7h38:50). 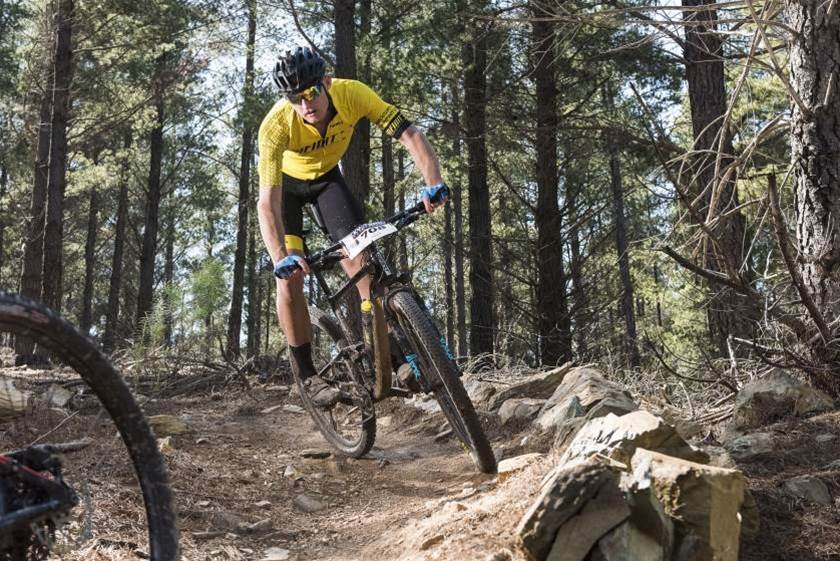 Mick said that his strategy had been to do three loops of Kowen Forest first and then do the three Sparrow loops, “I am glad I did it this way, because at Sparrow you could ease off the power a bit and focus on being smooth.” All up he had really enjoyed the day and it had been not only a racing but also a training milestone to stay ready for the longer endurance events that were his specialty. Together with his team mates, including Alwynn Miller and some racers from QLD, the plan was to participate in the Jetblack 24 Hour in December.

Word out on the ‘rocky trail’ was that this year’s AMB 100 is like “4 XCO’s in a row… on one day”. This year’s Async format that had mat starts in time-trial style and finishes on each LOOP, so they can stop in between to self-support.

Australian Marathon National Champion Brendan Johnston completed two laps and is the 2020 Elite leader of the classic marathon distance at the AMB100 Async Marathon in Canberra. Rolling in after a racing time of 3h36:45 he claimed the lead by a minute ahead of the sprint finishers Reece Tucknott and Ayden Toovey. Earlier, Brendon Johnston said that for most Canberrans including him it had been the first race back since the March Willo Marathon and that he felt the break in the legs. “I kept fit, but these marathon events take it out of you, if there are any weaknesses, they’ll be exposed”, he said and that it was so good to be out on the race tracks again. 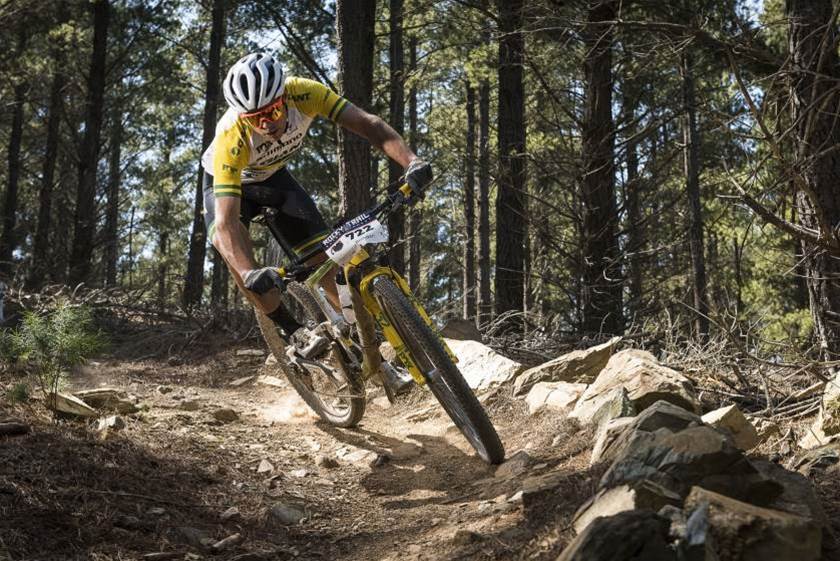 “That was a tough way to get back into it, I tell you what, I’m pretty cooked now. Canberra turned on a hot day for us”, Johnston then admitted at the finish. After some freezing cold days and weeks in the Capital, the mercury had climbed up to 25 degrees, which had been tough to deal with, especially coming out of the Covid hiatus.

The road cyclist Dylan Hopkins came in fourth (3h46:40) and said that it had been tough for him in the warm conditions as he was not as confident on the mountain bike yet, “It’s hot out there and I’m not that experienced in mountain biking, so it was definitely a shock to the system. But it was heaps of fun.” He explained that there hadn’t been any road racing on, “It’s just great that you guys are sticking it out and putting on races, even for us roadies. It just gives us that competitive edge, I loved it, it was awesome and really tough. Great day out.” Kris McCreath came in fifth (3:54:29).

Em Viotto in the lead in the Elite Women’s

In the women’s local racer Em Viotto takes the lead in the classic marathon distance (double lap) ahead of Ella Bloor, who was happy with the result – as a cyclist who rides predominantly on the road Ella said that she had rode her mountain bike over the last 12 months a bit more, plus she had spent a lot of time in the snow over winter, “I was looking for the chair lift out there sometimes, but I’m pretty happy. Em is such a strong rider, so I’m content.” 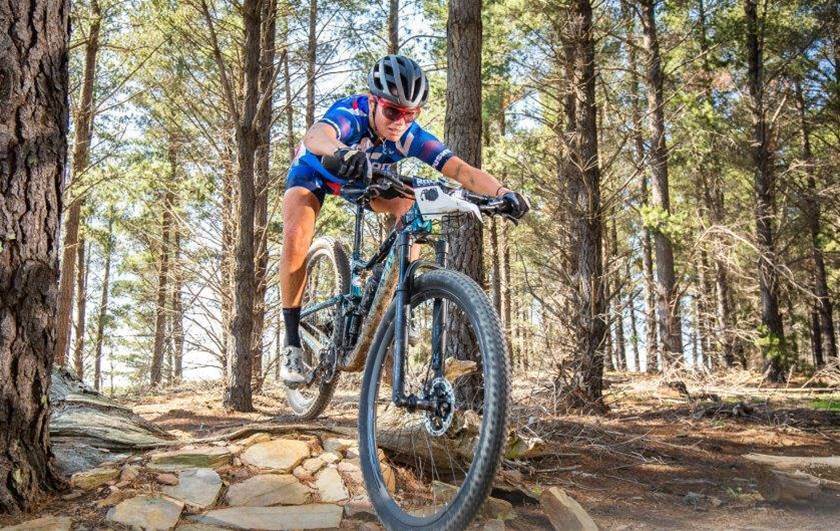 Em Viotto said that it had been a tough day and that a marathon was always a rollercoaster, “It was good to get done, my first marathon in almost 12 months, so a bit of a shock to the system. I’m glad that you guys were able to put this event on and get us out here!” Em also said that the event had confirmed that AMB100’s reputation of being a tough race in the longer distances, “The AMB100 has always been a tough marathon, however, at Stromlo you have that one major climb and then you get a bit of rest. Out here it is a constant pedal, definitely tough, but so good to be out on track.”

Rocky Trail Entertainment have a calendar that is stacked for the rest of 2020, and with Covid Safe plans in place, you can be sure the events will run well and run safely. 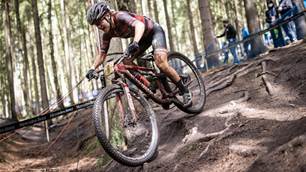