The much-loved Merida eOne-Sixty has had a revamp, delivering everything we wanted.

In 2017 Merida lifted the covers off their big travel eMTB - the eOne-Sixty. We had one of the first samples to arrive in Australia, and just like anyone who threw a leg over the bike - we were super impressed - head to our original review for insights.

The eONe-Sixty 900E was a top-shelf spec delivering Fox Factory suspension, Shimano XT Di2 integrated with the Shimano STEPS E8000 drive unit, and DT Swiss wheels. Packing 160mm of travel up the front and 150 out the back, this was en eMTB that was built for charging. The aluminium frame had an external battery for ease of changing (and charging) but couldn't hold a bottle. Some also thought that maybe the bike was a little steep for how capable it was. This were minor gripes, as given the value the bike gave it was just a great deal for an awesome eMTB.

But things change, and Merida have just released an all-new Merida eOne-Sixty. Here are the important details.

It's made out of carbon

This is a big change, and one that allows bike designers to manipulate designs of frames and how they use the components.

"Carbon was chosen to give the new eONE-SIXTY a super stiff and robust frame, without adding any weight to the overall construction," Merida states. The battery is also internal, and a large battery opening offers a big challenge when it comes to maintaining frame stiffness. So engineers used specific layering of carbon to keep the stiffness while reducing weight compared to the alloy models.

Carbon can bring its own issues, like dealing with heat - which a battery and drive unit can create.

"To guarantee the optimum operating temperature of the battery, we have developed our THERMO GATE, which works like a chimney and allows the warm air to dissipate through the openings near the head tube. This enables the battery to perform at its best, in any condition," state Merida. 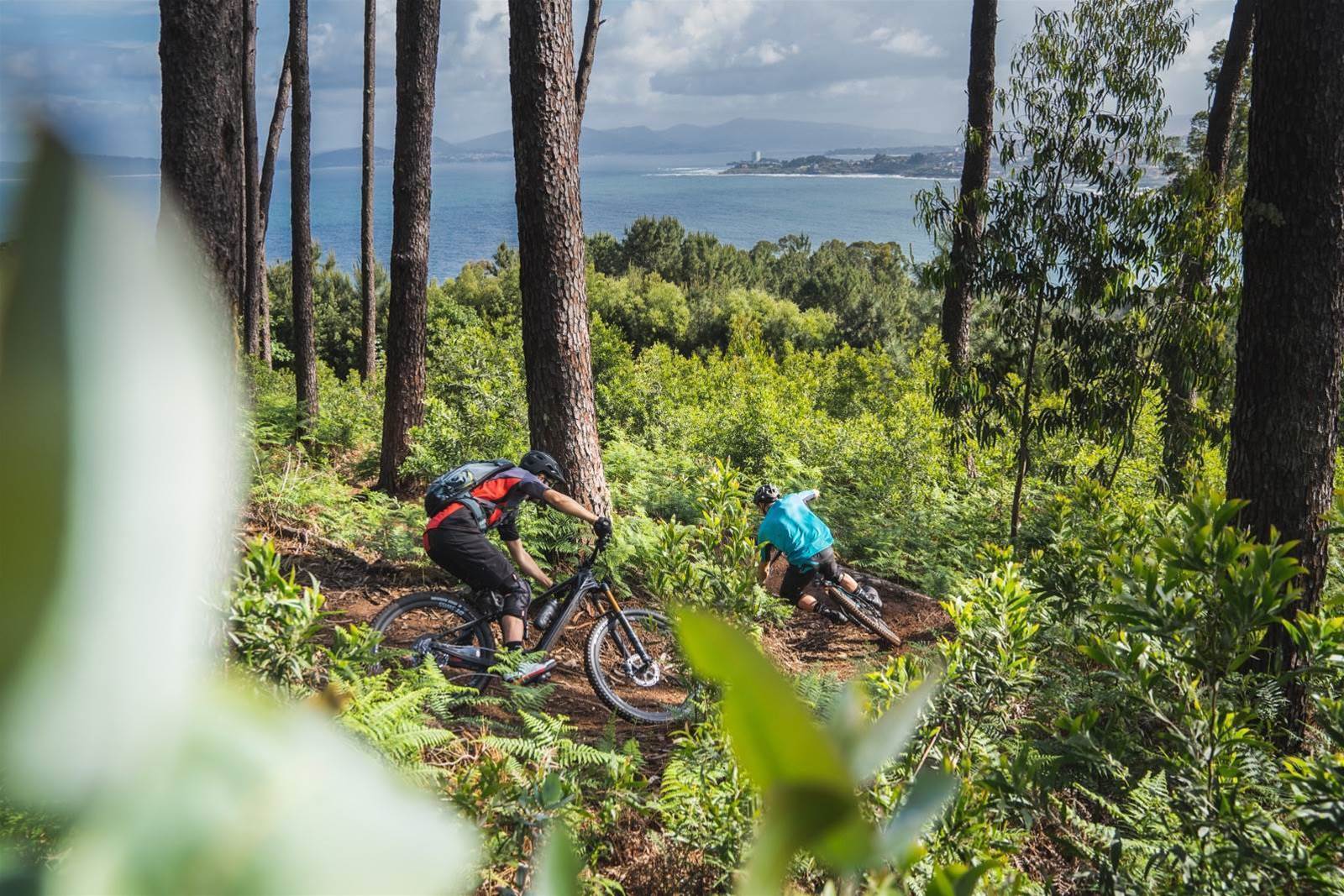 We think this shift is really smart - the bike looks a whole lot better and as a bonus, you can fit a full-size bottle in there on any frame size. This is often over-looked by companies, but to us an eMTB might be about exploring further, but it can also be about getting more trial time in on a post-work ride. And that means throwing a multitool in your pocket, a bottle on your bike and getting out there - quickly. Kudos to Merida for not forgetting that bottles still have their place.

It has new geometry

This is another shift, but maybe not in all the ways you imagine. The original eONe-Sixty was designed around 175mm cranks. Given the Shimano STEPS E8000 drive unit has 70Nm of torque, the torque provided by longer cranks isn't really needed, and it meant pedal strike was more common. So although Merida have also lowered the BB a little on the new eOne-Sixty, they have also specced the bikes with 165mm cranks.

The head angle has also changed, to 65.5 degrees - and Merida have also made the seat tube a bit steeper to keep your weight forward on the climbs - which is what you do a lot on an eMTB afterall. The geometry really makes a difference, it's not just the pedal assist!

Business up the front, and party out the back. Like the new Pivot Shuttle, and the YT Decoy, the Merida eOne-Sixty uses mixed wheel sizes with a 29" wheel in the front and a 27.5" wheel in the back.

With internal cable routing keeping hoses and cables quiet, and secure mounts for the battery and drive unit, Merida are confident that the eOne-Sixty will run way more quietly than the original.

We don't have the pricing from Merida Australia yet, but the top two models will have Shimano 12-speed, while the two lower models will have a lower spec but still be built for the demands of hard trail riding.

You can find full parts specs and details on the Merida Australia website. BIkes should be in stores around September - and if the last eOne-Sixty is anything to go by, you'll want to get your orders in fast! 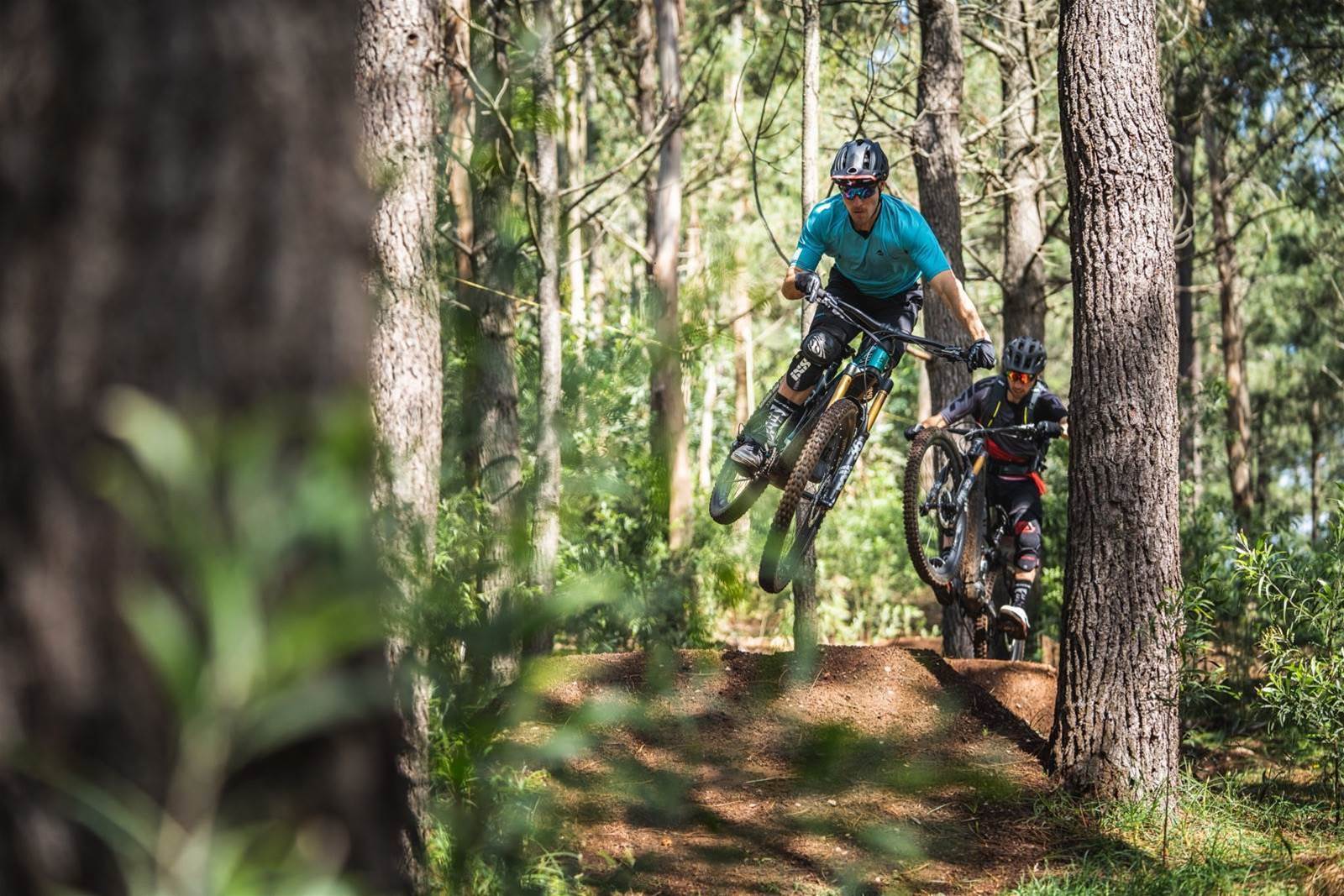 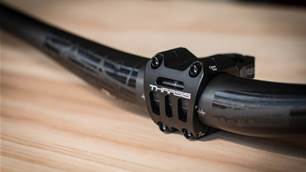