There are several reasons CamelBak hydration packs outsell any other pack. The range is extensive, for starters, catering for more body types, ride ambitions and personal preferences than a panel of hardened cyclists could come up with at a local trivia night. Known for fitting as many features as possible in each pack, quality engineering is backed by a no-nonsense warrantee system.

CamelBak are also a company that is constantly innovating. They tend to push proven designs into new territory before consumers have even had time to find the limits of the previous range. In fact, the hydration giant is so dominant the word ‘CamelBak’ is often used as a synonym for hydration pack, confusing pedants everywhere when discussing products made by the company’s competitors.

The Women’s Soltice 10LR pack, is the latest offering in the new Low Rider range. This range is all about shifting the bulk of the pack down low. With storage and a freshly designed bladder sitting in the small of your back, manoeuvrability on the trails is better than ever before.

Adjustment starts by setting the waist band nice and low, on or just below the hips, then adjusting the shoulder straps, and lastly pulling in some side compression straps that keep the bladder in place as you down your water through each ride. When it’s set up properly, you feel the weight lift off your shoulders, making it seem like the most comfortable pack I’ve tried on.

The design offers increased protection to the lower back area in the case of a crash, which comes in the form of the padded XV back pad. An elastic loop for your pump on the inside of the pack keeps hard objects away from the spine, a smart response from the company after a photo circulated on the internet of a rider who crashed while wearing a pack and was bruised near his spine from his shock pump. 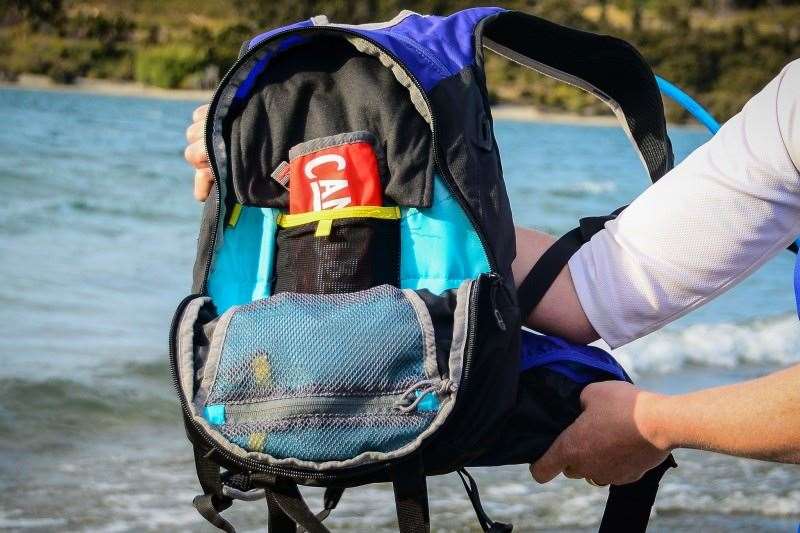 The Solstice is ready to take whatever you need, and protect you too. Photo: K. Bicknell

The Solstice 10LR offers a roomy 10 litre storage capacity, craftily extended by features such as an expandable front pouch, hooks to hold your helmet and compression straps at the bottom that expand to hold your jacket or protective gear. I was able to comfortably carry all-day trail essentials, the 3L bladder and a DSLR camera, and didn’t strain a single, glove-friendly zip. 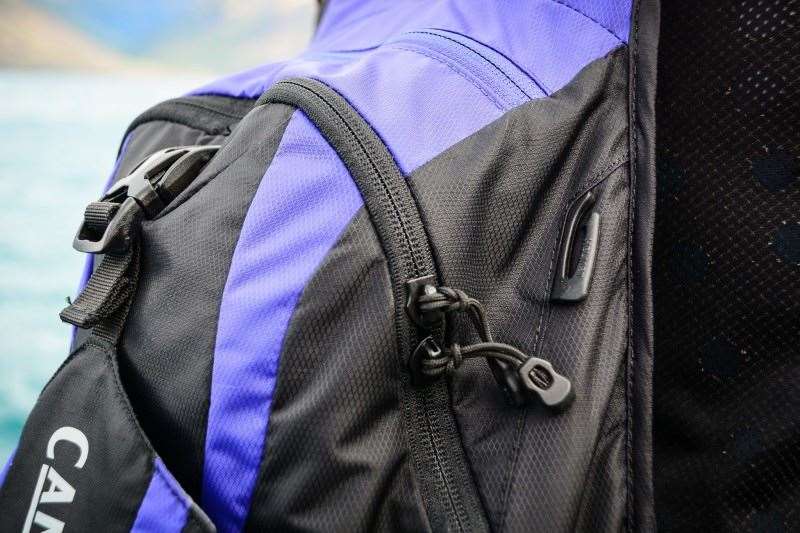 Practicality is increased via easy access pockets at the waist, a soft pocket up top that won’t scratch your glasses and an internal sleeve for tools. This women’s model is available in black and deep amethyst (tested), which is less likely to show grime, or a firey red, silver and light blue, which is more visible on the trails, the road and Instagram. 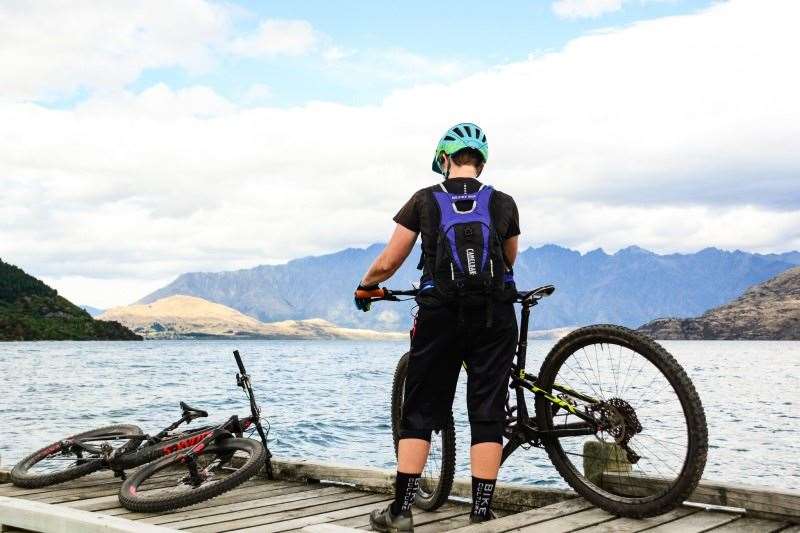 The lumbar reservoir bladder is said to be strong enough that you can drive a car over it and it won’t burst. A silver ion lining prevents bacteria build up and keeps the water tasting fresh. Filling it and cleaning it is made easy via a large quarter-turn lid, although I did miss the little arms on the side of this from previous models that kept the bladder expanded when drying it out between rides. A new magnetic clip system for the hose makes stowing easier than before. Basically, there’s a lot to like about this pack, and fans of the company will purchase this new model, or the men’s equivalent, the Skyline 10LR pack, without hesitation. 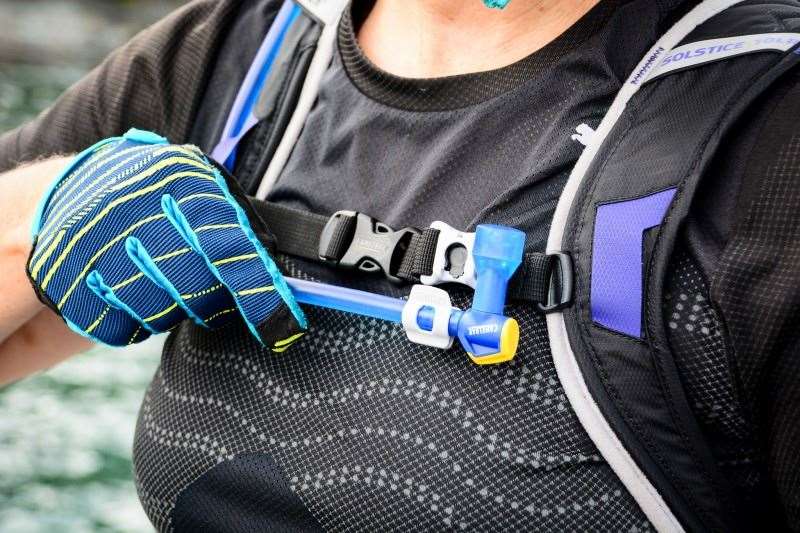 CamelBak’s women’s packs are one of a growing number of products where designs for women make a positive, well thought-out difference in comparison to unisex models. The Solstice appears to have less unique features compared to other female specific models, with the main difference being the shoulder straps.

The curved S-shaped straps fit narrow shoulders and around the breasts far better than those of the men’s packs. The straps sit nice and close to the torso and soft lining underneath means they won’t chafe with a sleeveless shirt. When I tried on the men’s Skyline pack for a comparison the shoulder straps refused to sit close to my torso at all. 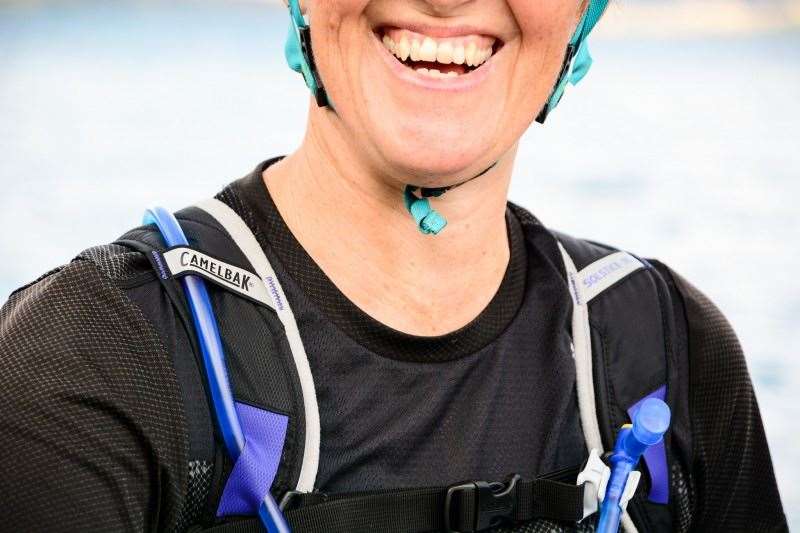 Not all packs are created equal - and the Solstice has straps cut to suit most women. Photo: K. Bicknell

Wearers of the men’s Skyline swear by the stability offered by the new design and the freedom of movement it allows on the trails. Unfortunately, for me, this wasn’t the case.

A simple shrug of the shoulders or body extension while riding meant the pack quickly moved up above my hips and became trapped there. I’d finish a trail with the pack hanging sideways off my torso. While my riding friends joked that I needed a bigger gut, the complication appeared to be due to the dramatic hourglass shape of my wide hips and narrow waist, and perhaps the lack of friction provided by my riding attire. 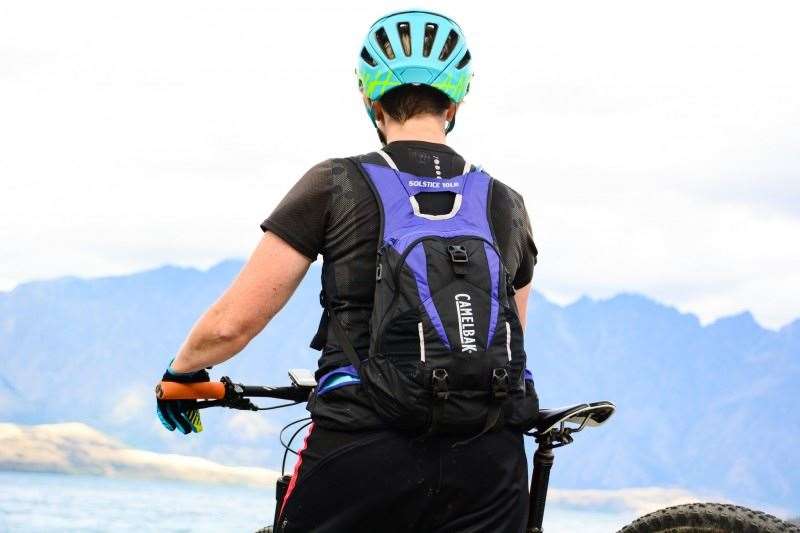 The pack fitted the contrasting body shape of another rider, pictured above, much better. She describes herself as brick shaped, has a much straighter line between her hips and her waist and enjoyed the benefit and stability of the low rider design. The catch is, she also has much broader shoulders and found the narrower shape of the Solstice straps cut in a bit up top and she opted instead to purchase the Skyline.

I experimented with the fit for two weeks of long rides, eventually having to fasten the Solstice above my hips so it would stay stable on the trails. This isn’t where its designed to sit, so comfort was compromised. I eventually cracked it and bought an alternate model, the CamelBak Women’s L.U.X.E., which is designed to sit above the waist. 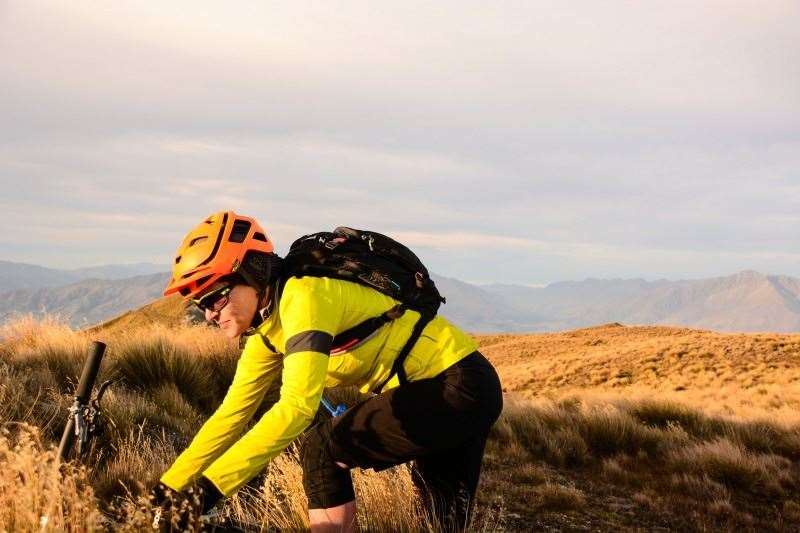 L.U.X.E.tastic! The L.U.X.E, seen here over five layers of clothing, most of which ended up securely stowed inside the pack by the end of the ride. Photo: G. Camm

The immense number of features on these packs make riding even more of a pleasure. They are generally well thought-out to offer maximum flexibility in how you use each model, while keeping the weight relatively light.

Given the issue we had with stability in relation to curvy hips, CamelBak’s penchant for innovation, and the serious attention they’ve long paid their female market, I’d expect to see future packs address this problem in practical and creative ways. Until then, I recommend trying any pack on at your local bike shop or outdoors store and throwing a few heavy objects inside as you assess the fit for yourself.

RRP: Approximately $185 but check with your local dealer. 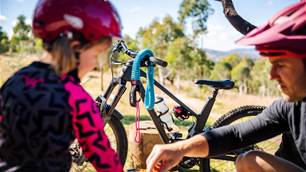 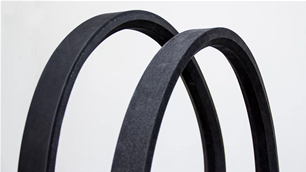 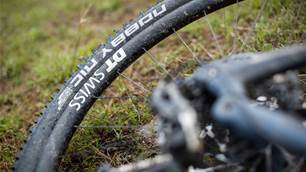 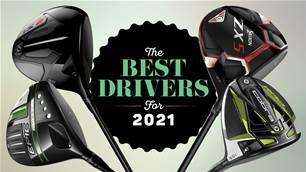 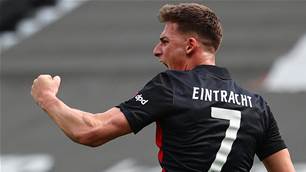 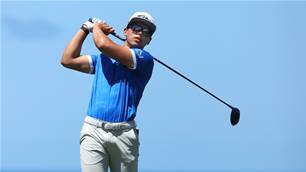