We loved the Norco Torrent we tested in 2016, and it looks like the totally revamped 2020 Torrent will win over plenty of riders.

The 2020 Norco Torrent has dropped, and for those who are wed to the hardtail life, this updated all-mountain hardtail from the Canadians will put a smile on your face. We loved the alloy plus bike Norco Torrent back in 2016, but as we're seeing with many of Norco's new bikes (oops, we might be giving too much away!) they are really creating progressive bikes that suit what we are all asking for to suit the trails that are being built. The new Torrent is steel, which brings strength and a little bit of compliance to the Torrent. It is 4130 double-butted chromoly. If you're newer to mountain biking, butting means the tube walls are not the same thickness the whole way along. They're thicker at the welds to create strong joins, and a little thinner at the centre, to help stop weight going crazy and to help the bike not ride like a piece of two by four. People sometimes think of steel as flexy but that's not the case, it's compliant. Go squeeze an empty steel can of tomatoes, and then an empty alloy Coke can. Which one is 'flexy'? 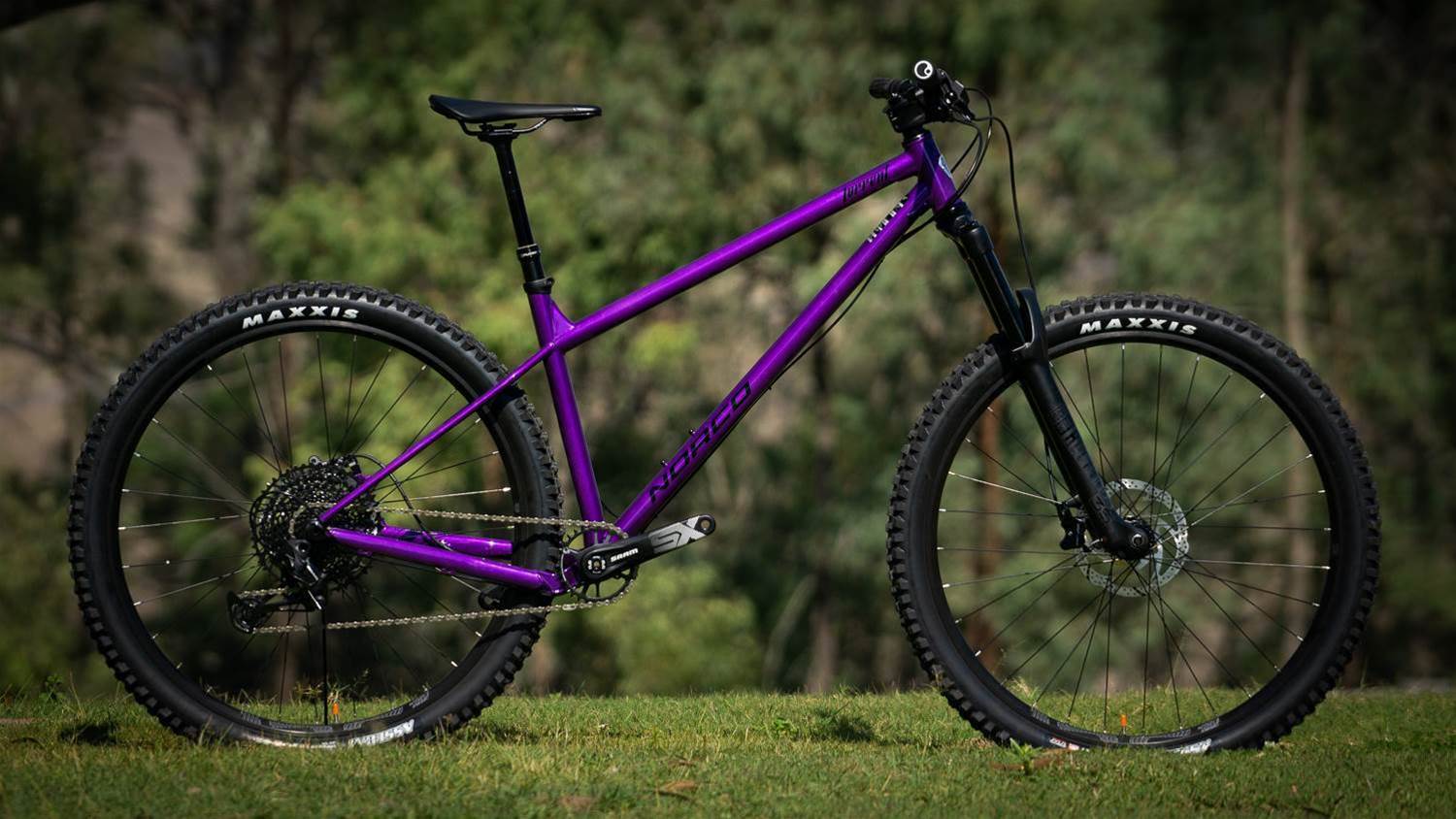 There's a lot more to materials than that, but rest assured Norco's choice of 4130 double-butted chromoly means you'll have a bike built to withstand the apocolypse.

A closer look at the Norco Torrent

If you're interested in the numbers game, Norco aren't changing their tune in what they want to deliver in bike geometry, and use their Gravity Tune concept like on all their performance mountain bikes. The idea is that the same figures aren't rolled out across all sizes, they're tweaked to suit a given frame size to make sure the ride feel is consistent through the size range, in this case from Small through to XL. With a whopping 150mm travel up front, Norco have a 64 degree head angle matched to a 42mm offset fork. Reach starts at 420mm in a small through to a whopping 510mm in XL. Remember though that with a steep 76 degree seat angle how that feels on the bike isn't as radical as you might think. 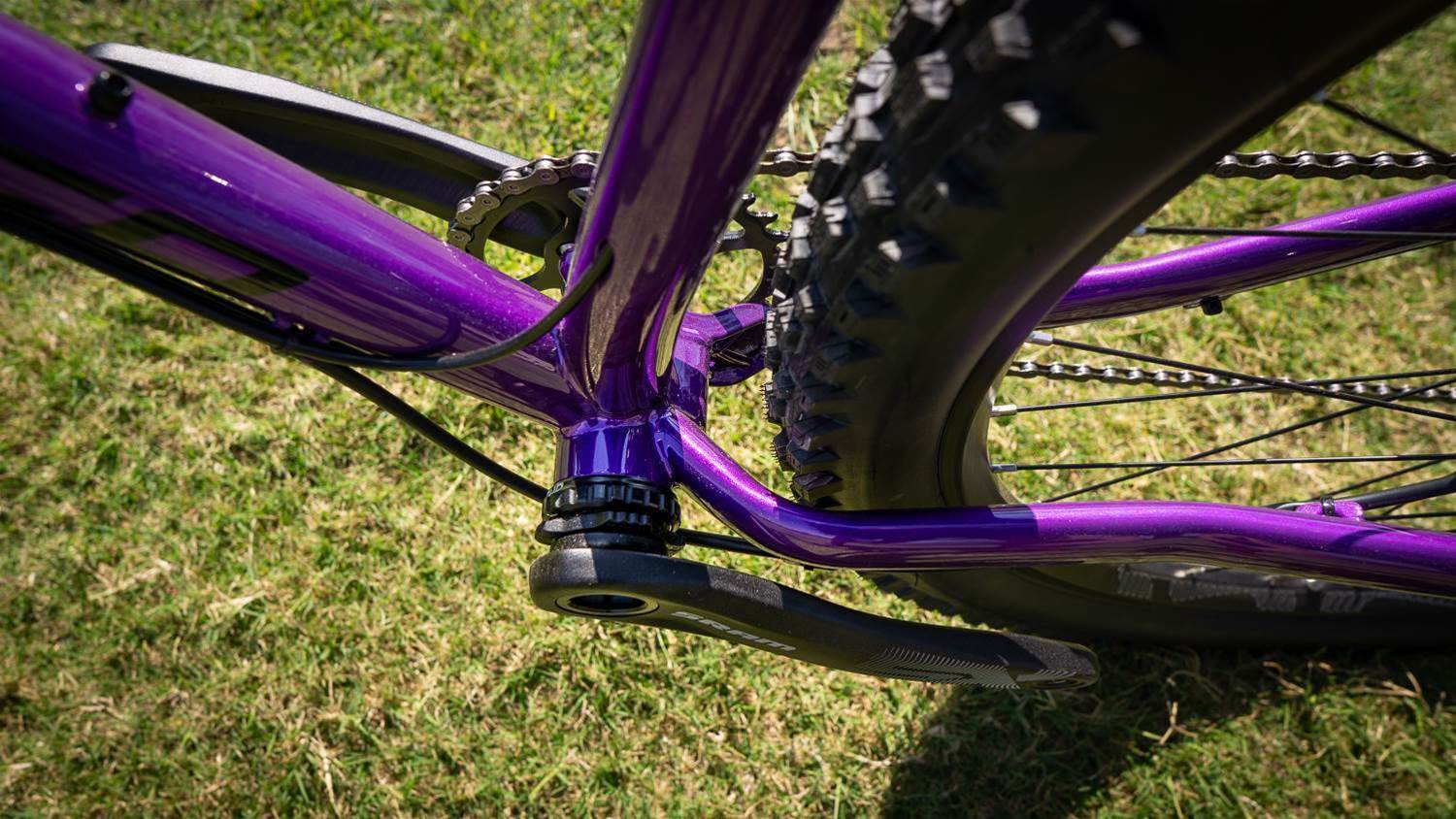 Everything still falls into place when you're on the right size for your height and fit. The frame is built around a 40mm stem, and with clearance to fit upto 29x2.6" tyres, Norco still manage a tight 420mm chain stay on the two smaller sizes, 425mm on the two larger sizes to maintain stability via Gravity Tune.

The frame is the same (and you can get the Black/Chrome frame alone for $999) but the spec is obviously different. Both bikes have 4-pot brakes and Eagle 12-speed drivetrains, but it's primarily the suspension and group set that changes. The top Torrent gets a Lyrik Ultimate RC2, while the lower model gets a RockShox 35G and Eagle SX group.

If you're after a hard-hitting bike that doesn't break the bank, the Norco Torrent might be the place to look. There's a lot to be said for the humble hardtail, and this bike is nothing like an entry level hardtail focused at easy trails - it's designed to rip. Hose it off, lube the chain and ride again the next day. 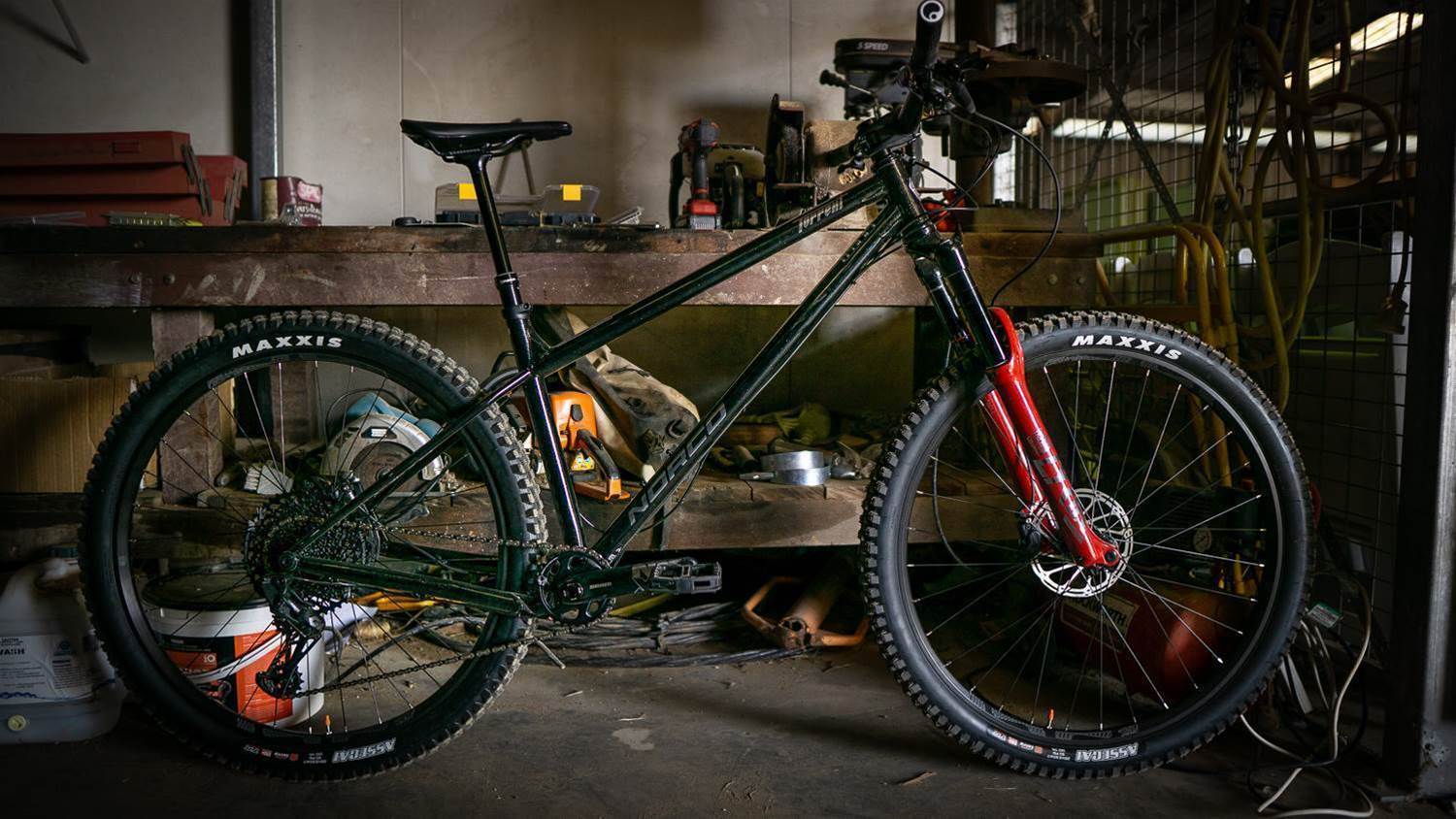