The Whaka 100 went off with a bang in Rotorua, New Zealand, with plenty of fast riders at home and ready to race.

While we went Grand Final crazy here in Australia, over in New Zealand the 24/25 of October saw the Whaka 100 run, and with over 1800 mountain bikers in New Zealand for the major event, it was always going to be big! The racing is split over the weekend, with the Isuzu Rotorua Shootout on Saturday afternoon, before the testing marathon race on Sunday.

New Zealand’s best mountain bike riders tore up the short course as they vied for a place in the front of the starting grid for the Giant Bicycles Whaka 100 kilometre race. All up 130 competitors took on the 1.9km time trial that combined a flat out sprint up the Mudpool Loop Road before hitting the fast technical singletrack of the the Rosebank trail.

In the women's race the 2018 100km champion Josie Wilcox took the win in 5 mins 58 secs, showing that she’s back on form and ready for the main event after missing the 2019 event through injury. As Josie explained, she’s just happy to be back racing again, “I was very frustrated from missing last year so it’s good to get back (racing) again. It’s a bit weird having this short sharp effort because I’ve been doing long slow km’s for a while so it’s a good start.” 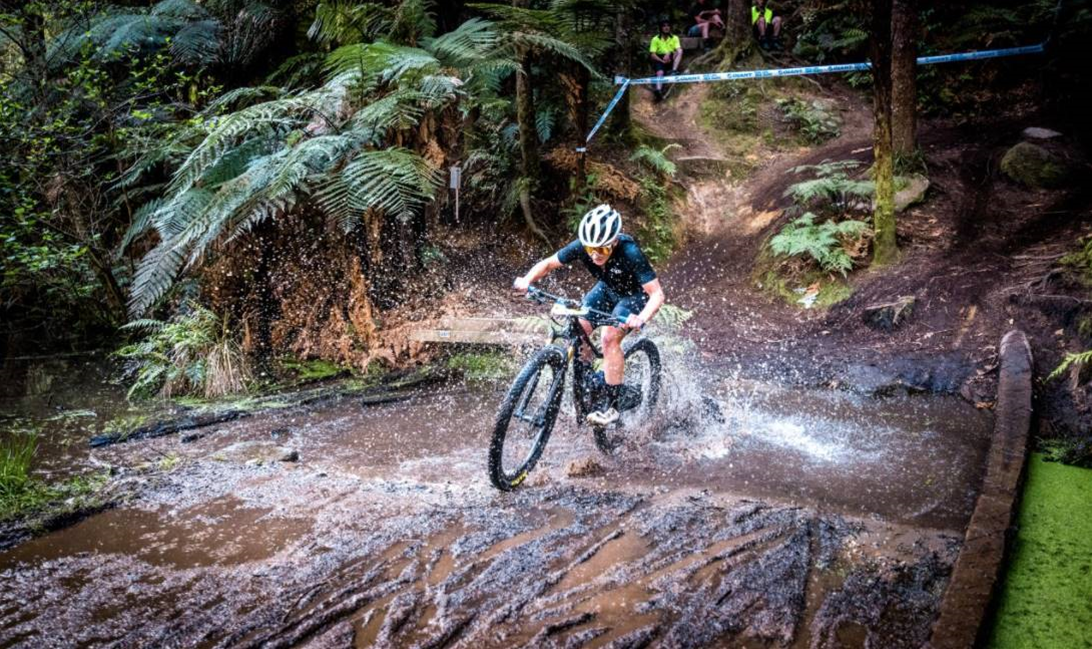 Ex Olympic triathlete and 2005 World Mounatin running champion Kate McIlroy showed that she will be a serious contender tomorrow coming in only 3 seconds back in 2nd place at  6 mins and 01 sec. Professional off-road triathlete Samantha Kingsford was third a further 20 seconds back in 6 mins 21 secs.

In the men's elite race 2018 Commonwealth Games mountain bike representative, Christchurch’s Ben Oliver, made it two from two after winning the Isuzu Rotorua Shootout with a course record time and Friday nights ABUS Cycling Fat Tyre Crit. But for Ben the 100km event tomorrow would be hismain focus, “These last two events have been good fun catching up with everyone, but it’s been a while since a race like this has had everyone together so I’m really looking forward to testing my legs out.” 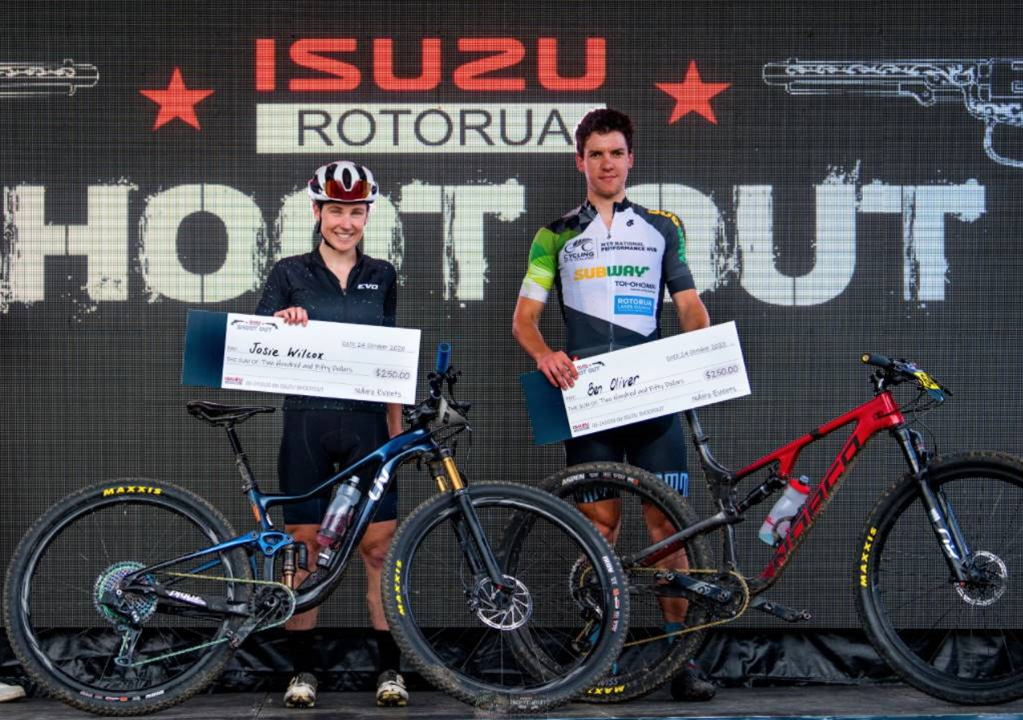 Onto the big show at the Whaka 100

In the men's race Ben Oliver of Christchurch powered away at the halfway mark to take a solo win. Rounding out the men's podium was defending champ Tim Rush in second and local Xterra pro Sam Osbourne in third after the two contested a thigh searing sprint finish that saw them finish within a fraction of a second of each other. 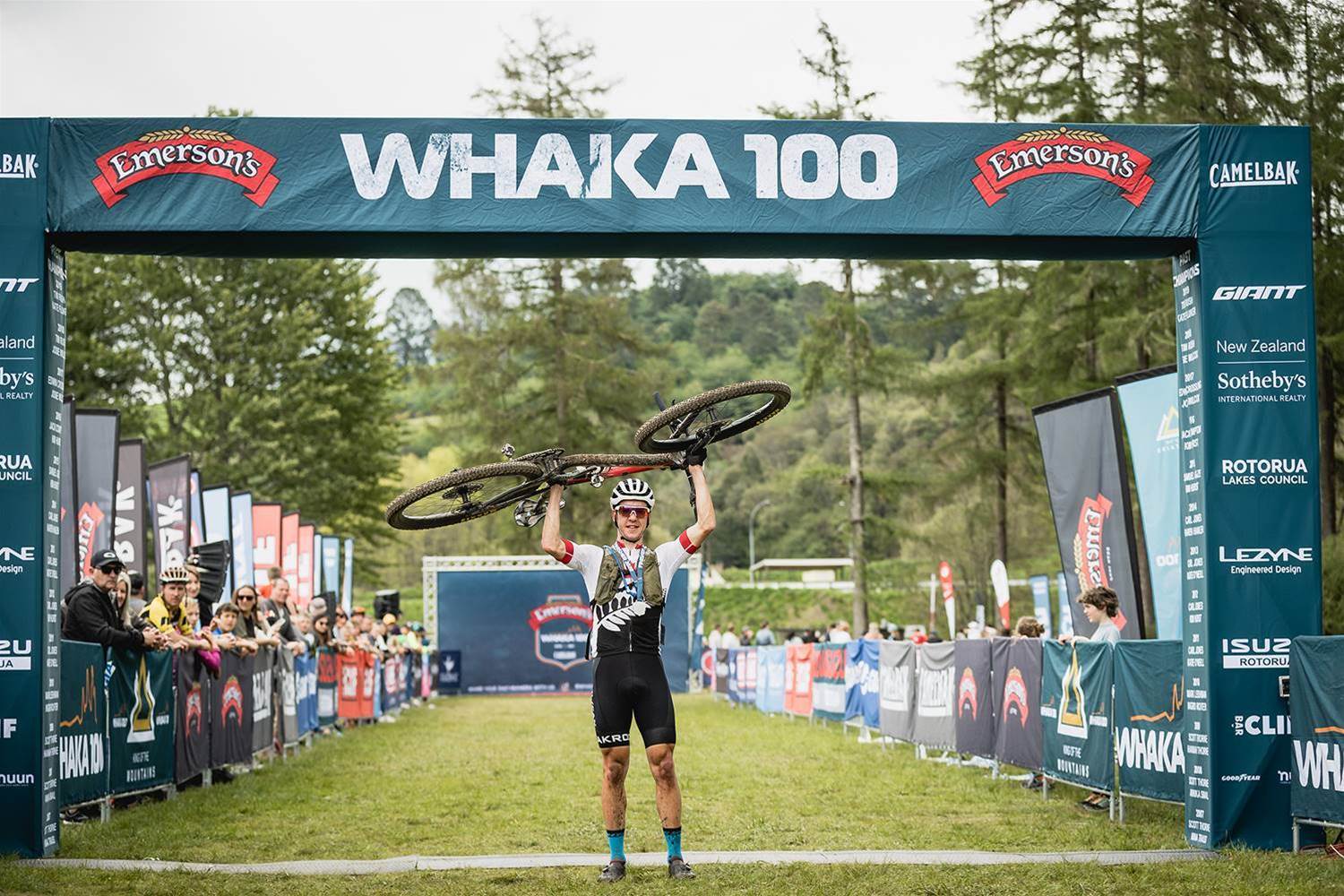 Ben’s win completed a perfect weekend for the World Cup mountain biker where he also took wins in the ABUS Fat Tyre Crit on Friday night and the Isuzu Rotorua Shootout Time Trial on Saturday to take out the inaugural Triple Crown.

“That topped off a great few days racing, this is obviously how the North Island puts on an event. It’s pretty epic to see all the people out here enjoying the event, the (event) village, and to watch everyone come is wicked.”

In the women's elite race Wellingtonian Kate McIlroy took an emphatic win after years of racking up victories in mountain running, triathlon, and road cycling. Fellow multisporters Samantha Kingsford and Alison Wilson showed that they’re just as comfortable on singletrack as they are on the water taking out second and third respectively. 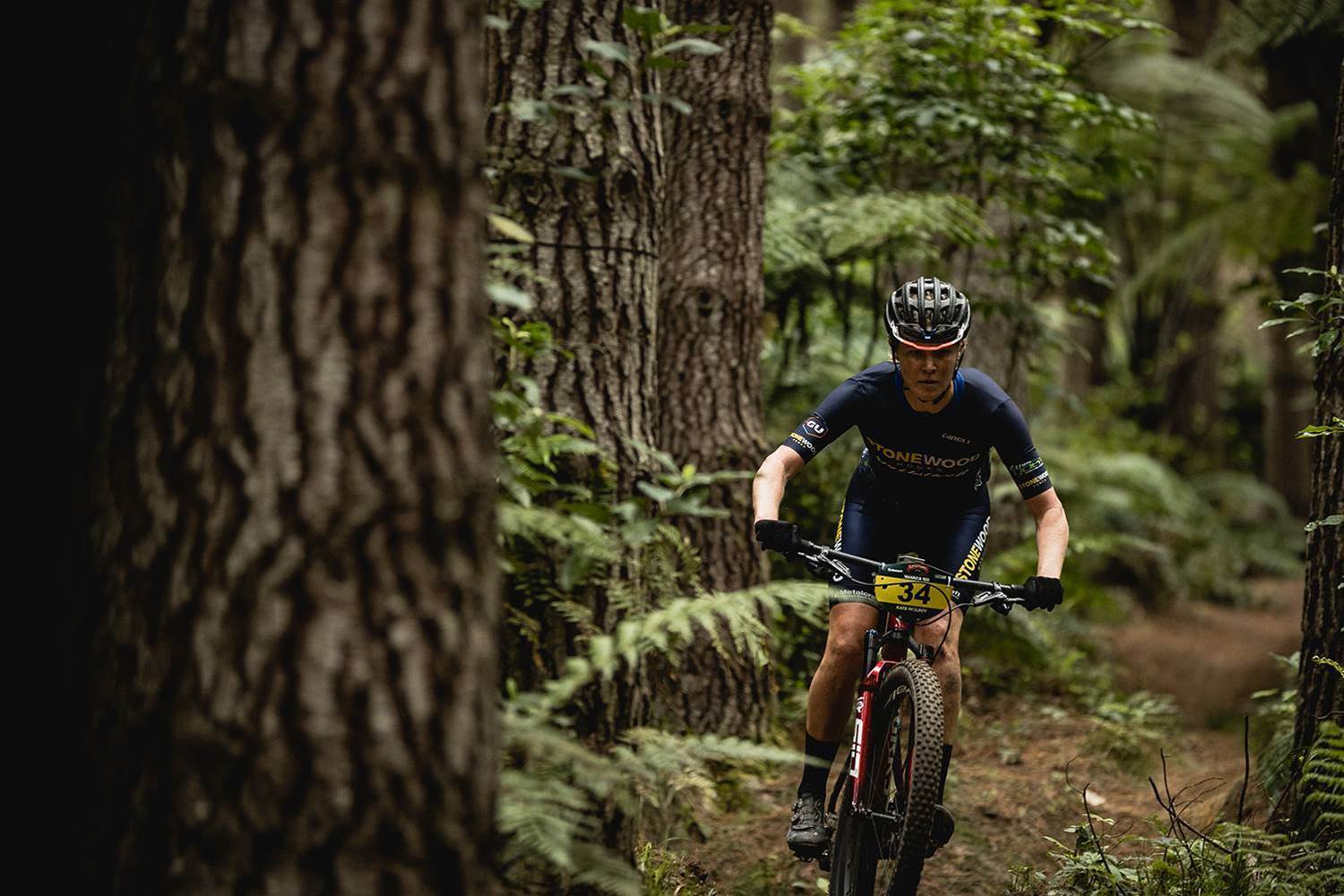 For Kate the Whaka 100 was a challenge that she relished:

“I’ve done the Pioneer a few times which is more four wheel drive tracks, this is way more technical than I would like and completely out of my comfort zone so I’m very very happy with how it went.”

All up over 1,800 riders turned out on the day to push their limits on some of the worlds best trails.

For more details on the Whaka 100, head to the event website. All photos by 2020 AMB Photographer of the Year - Cam Mackenzie. 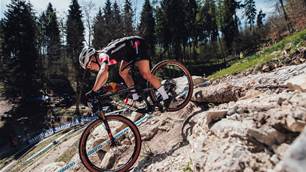