Ride Sports shared the latest news from Kellys, about the updated Theos F-Series eMTB range. The bikes cut a pretty mean image on the rendered images, and we think they're going to tick a lot of boxes for riders looking for a new eMTB that really is at the front of the game.

The full-suspension Kellys Theos F-Series eMTBs are utilising a thermoplastic hybrid steel-carbon composite. This has mostly been seen in the automotive an aerospace industry, and thre Theos is the first full-suspension eMTB to use it.

HOLD IT! Check out our new post with full specs, pricing and geometry!

Hybrid metal-composite structures have been popular as a way to gain extra strength without extra weight, but the actual combining of materails has been tricky, even involving mechanically attaching them, or even using an adhesive. There's a new manufacturing technique being used called FlexHyJoin, and it's likely this is the process being used. You can read more about it here. Kellys haven't said this is the process - but it seems like the right fit.

What Kellys have claimed is a 200% increase in strength compared to a frame which is only carbon fiber. That's a big increase, and Kellys also say the fatigure life has a 200% increase as well, and impact resistance by the same margin.

The Kellys Theos F-Series use a mullet wheel option, so 29" front wheels with 27.5+ in the back. Most people who ride this wheel mix find that the smaller rear wheel helps for better cornering, and the front wheel tracks better over rougher terrain, adding greater stability. With the 27 Plus sized rear wheel and tyre, you tend to have a pretty burly back wheel that withstands the abuse that a long travel eMTB tends to be dealt.

Kellys promise "next generation progressive geometry" and the graphics above hint at short chainstays and a slack head angle. But there's no specific numbers - yet. The frame design is aimed to deliver a really low standover height, and it looks like the motor is inverted so the battery can also sit lower - bringing a lot of the weight lower down for better handling. The battery is also 720Wh, so you can ride all day or just be on Boost non-stop. It can be removed out of the base of the bike for easy travel.

The downside is the water bottle mount now sits on top of the top tube. This will be a bit unsightly if you end up fitting a bottle - and to be honest most of us would. There are plenty of very stable packs out there with far greater fluid and spares capacity than a water bottle, and that's probably the best move for a new Theos owner.

Kellys have made sure the bike can work with 200mm dropper posts, to make sure it is as on-trend as possible.

The suspension system is Kellys latest custom-tuned Think Link virtual-pivot suspension platform. The Think Link is said to be sensitive to small bumps, and remain independant from braking and pedalling - with no pedal kickback. We haven't ridden a bike with Think Link - but it sounds good, creating the efficient suspension platform that most virtual pivot style systems are known for.

The F90 looks to have a full Fox Factory setup, with what looks to be a 38 on the front and a DPX2 on the back. The rear shocks are flipped 90 degrees sideways to allowfor clearance. You can see that better in the video above. Those might be a carbon wheel set, and it sure looks like a Shimano 12-speed drivetrain. 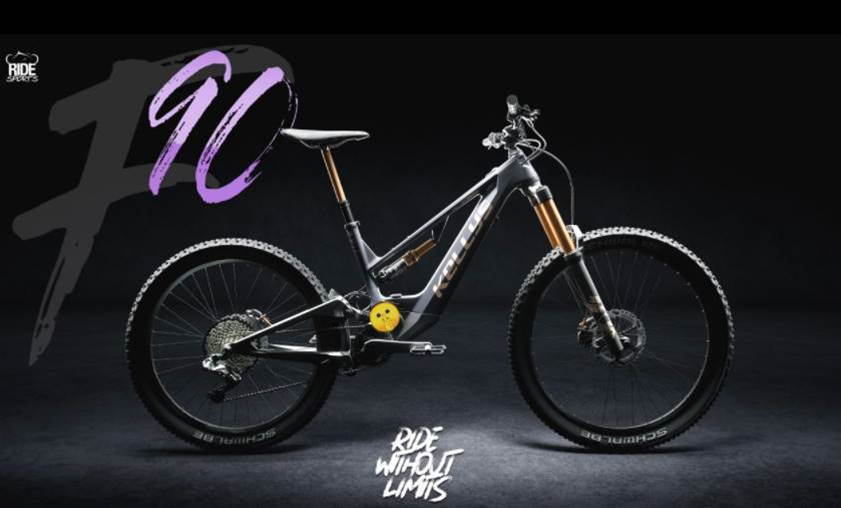 The Theos F70 has a RockShox ZEB up front with a coil in the back. It's difficult to pick the exact spec. The rear rotor looks larger than the top sprocket, so the group set may not be 12-speed. But that is purely speculation - these are just digital renders! 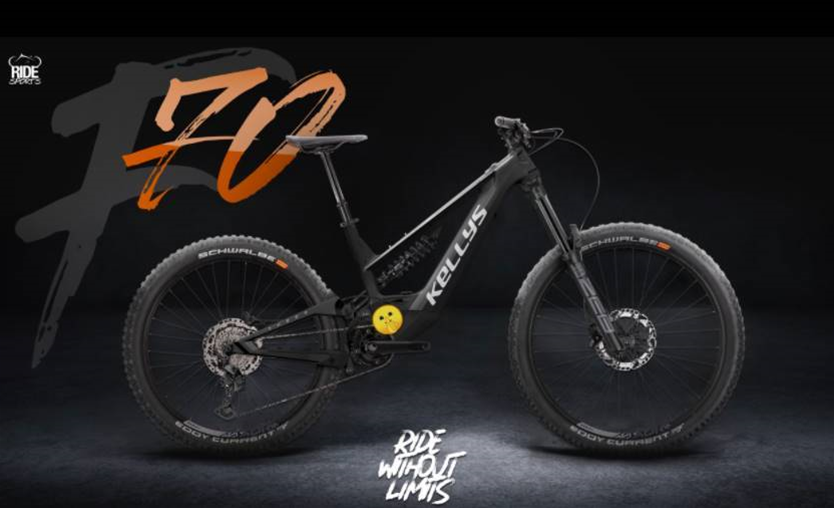 Ride Sports are taking orders for the Kellys Theos F-Series bikes in September, with delivery starting in January. At this point in time, pricing hasn't been confirmed. Given Ride Sport's track record of offering incredible value on their bikes, we expect the pricing to be excellent for what is on offer.

Get in touch with Ride Sports for further details this September and to place an order.