Take a look inside Issue #187 of Australian Mountain Bike.

Our new issue is out! Issue #187 of Australian Mountain Bike has been a blast to put together, mixing some of the fun of riding in the Australian summer, while also delivering a huge amount of bike and product reviews. In fact, with 7 bike reviews in this issue, it's got to be one of the most review-laden issues we have sent to print in years!

We have plenty of news in the front of the issue, along with a recap on the Cattlemen 100 event in Omeo. 2020 seems like a strange time to launch a 175km mountain bike race. But it was launched, run and won. There are opinion pieces from Anna Beck, Chris Panozzo and Craig from Blue Sky Trails - chiming in on trail maintenance.

Big days on the bike can unravel pretty easily without the right spares, so I put together a rough pack list which should mean you never walk out or make the call of shame on your all-day MTB adventure. Hopefully. We've got tips on how to get your young family on the trails, thanks to Leo Cerda who tried and tested everything he is preaching.

We also dive deep into the old parts pile, meeting the creators of the Australian Museum of MTB. It's not a collection of worn tyres and faded jerseys, but a booming collection of bikes and parts that have helped shape mountain bike culture here in Australia. 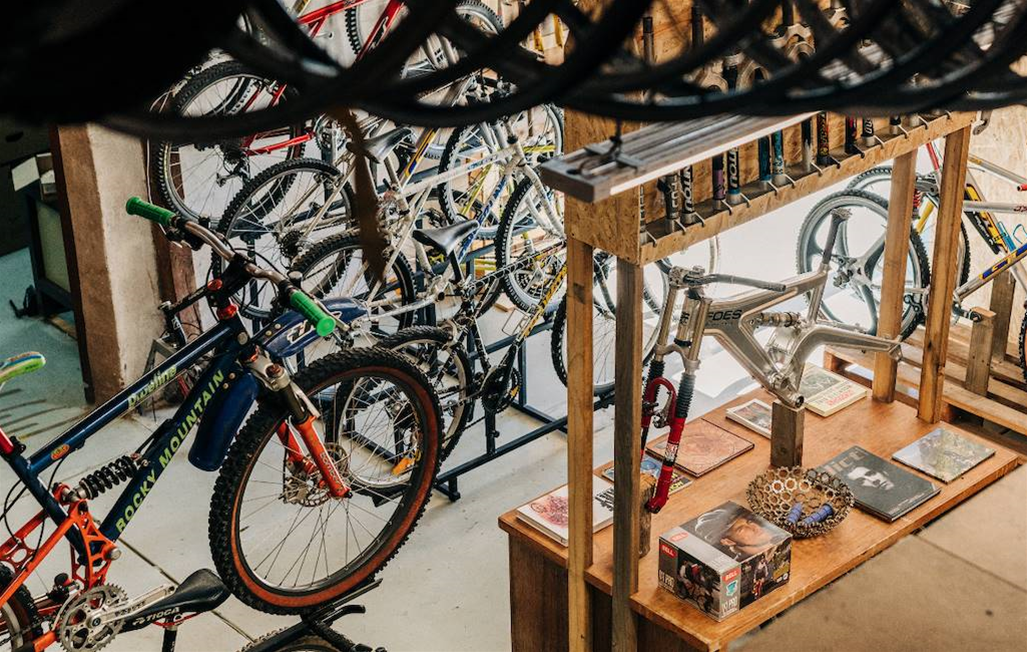 Hayden Wright takes you to the pump track to explore why this is the breeding ground for trails skills, and the perfect place for a mid-week catch up with friends. No matter how old you are! Chris Panozzo also shows you just how far you can go on rides in and around Falls Creek with the benefit of a modern eMTB. We have seven bikes on test this issue. One of the most popular bikes we had to play with is the Merida eOne-Sixty 9000. Merida have been leading the charge in the trail/enduro eMTB space for a few years with the eOne-Sixty platform - and that's not going to stop with the 2021 model and Shimano EP8 system.

We also had the Moustache Samedi Game 6 on test. Never heard of it? Well Moustache are a e-bike specific French brand, and this is their big-wheeled, long-travel Bosch-equipped eMTB. If that's what you're looking for you need to read this review. In the eMTB space, we also had the Bosch-equipped Orbea Wild FS on test - it's a bit of a hard-hitting ripper, and while Seb Jayne tested it in Bright, Chris Panozzo also let it rip around the trails at Falls Creek. We also sent Will Shaw out with the Revel Ranger. This is the shortest travel and lightest bike in the Revel line up. It's aimed at those chasing a fast and light trail bike, or something that can tackle a multi-day event as casually as ripping your local trails.

Then of course there's the review of the Orbea Oiz, the NS Bikes Metropolis and even the Norco Search XR C gravel bike!

There's reviews of DT Swiss wheels, Schwalbe tyres, the latest helmets from MET and Lazer, Thule bags, and a bunch more. It's all in our new issue.

Don't forget, if you subscribe you can entre to win a brand-new Merida eOne-Sixty 700!