Christmas is on its way, and chances are that if you’re a bike-obsessed mum or dad, there may be one or two bike-obsessed youths in your household as well, and requests for presents are probably falling along pretty standard lines: helmets, gloves, gear.

Christmas is on its way, and chances are that if you’re a bike-obsessed mum or dad, there may be one or two bike-obsessed youths in your household as well, and requests for presents are probably falling along pretty standard lines: helmets, gloves, gear. An AMB subscription. Maybe a new bike?

If you’ve got a teenager in the house you may also have, at some time or another, despaired about how on earth to get them to read more. Well, Hucking Cody might well be your chance to true two wheels with one spoke key, so to speak. Hucking Cody is, at last, a young adult fiction book for boys that’s not about wizards or monsters or space aliens. Hucking Cody is a book about mountain biking.

Well, mountain biking is the medium, but really, this is a short novel about Cody and growing up. Cody is 18 and lives in a small town in New Zealand. He’s obsessed with bikes and desperate to find a lay-dee. His older brother’s off the rails, his best mate’s having trouble at home, and he’s got a bunch of bullies in a hotted-up yellow Impreza throwing eggs at him on his morning commute. Things have to improve.

When a hot young lay-dee who can handle a bike better than everyone turns up in town, and Cody gets hold of the bike of his dreams, things start looking up, but then there’s his loser brother messing things up and, more than anything else, Cody’s shaky confidence in his own abilities. Pretty soon Cody finds himself in the running at a huge freeride competition… Will he get the girl? Will he keep the bike? Will his brother straighten out? And will he ride the A-line? 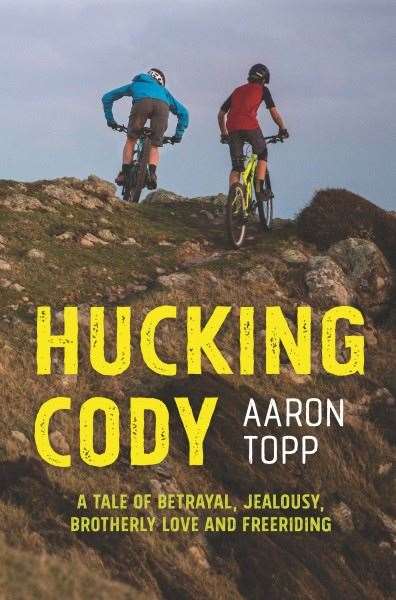 Now as a female in her mid-thirties, I’m hardly sitting in the demographic that this novel is aimed at, but I found myself quickly developing a real fondness for Cody and enjoying this read, which holds a decent amount of suspense and whose plot features some clever twists and turns. Cody is likeable, realistic, clever, and flawed. Best of all, his descriptions of what it’s like to ride a bike a pretty spot-on, owing to author Aaron Topp’s own passion for riding BMX and MTB:

’At the last plank I pulled back on the handlebars and became parallel to the forest floor, 8 metres below. Silence. I never knew how quiet life could be. Or how beautifully fragile…’

For parents out there, what you need to know is that there’s a tiny bit of sexual exploration, and some drug use, but only of the type that politicians will admit to. Cody is 18, but I think this book would certainly speak to teenagers from about 15 up.

Cody, our flawed hero, has an amazing sense of humour and a gift with words, and even if at times the text falls into clunky expository info-dump, overall (if I remember rightly) it’s a realistic depiction of what it’s like growing up, and of the freedom and self-confidence that comes with mountain biking. It’s a novel about the relationship between brothers, about meeting the right girl, and about finding one’s way through the maze of dreams, expectations, and hard realities of life and on into adulthood.

One caveat is that a hard-copy will be quite difficult to find in Australia, although the e-book is readily available for about AUD $12.

Revenue from Hucking Cody is being donated to ‘1% for Trails’, supporting trail development projects around the New Zealand. 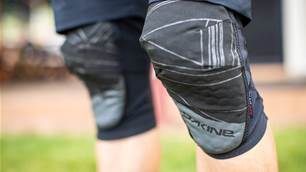 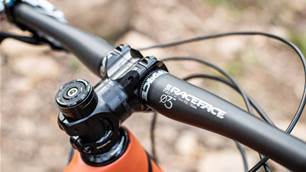 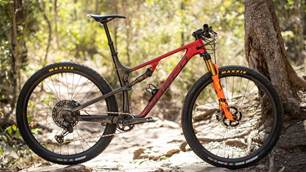 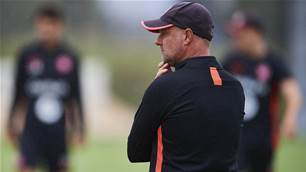