The Fox Superflow series has ventured to Victoria - and it was popular!

The Fox Superflow series arrived in East Gippsland on the weekend, with support of the East Gippsland Shire Council. Thanks to the enthusiasm by the club and visiting racers and the radness of the Mt Taylor trails, everyone enjoyed beautiful town of Bairnsdale and the racing on offer! The Fox Superflow series offers a gravity enduro-style race by Rocky Trail Entertainment, and the Mt Taylor event is only the second Rocky Trail event in Victoria - but there is more to come. Victoria said a big 'Yes' to the Fox Superflow.

The Superflow racing format is very social, and proved incredibly popular with its new Victorian racers. The event had three timed races stages that had to be tackled with neutral transition sections in between. The stages can be completed in any order and riders can have up to five attempts on each with the fastest run counting towards the final result. With a possible 15 runs each, SuperMaster (50+) Charles Anderton from South Morang was one of the racers who did them all clocking in over 120 minutes of racing over the weekend.

The incredible performances across all age groups and race categories was outstanding – the East Gippsland MTB racers put on their A-game with Elite racer and former national-level junior Downhiller Dru Berryman from Melbourne the only one to beat the outright time of 15-year old local pinner Nicholas Banson from Bairnsdale. Berryman finished on 18:03.6 with a gap of 2.2 sec to Banson. 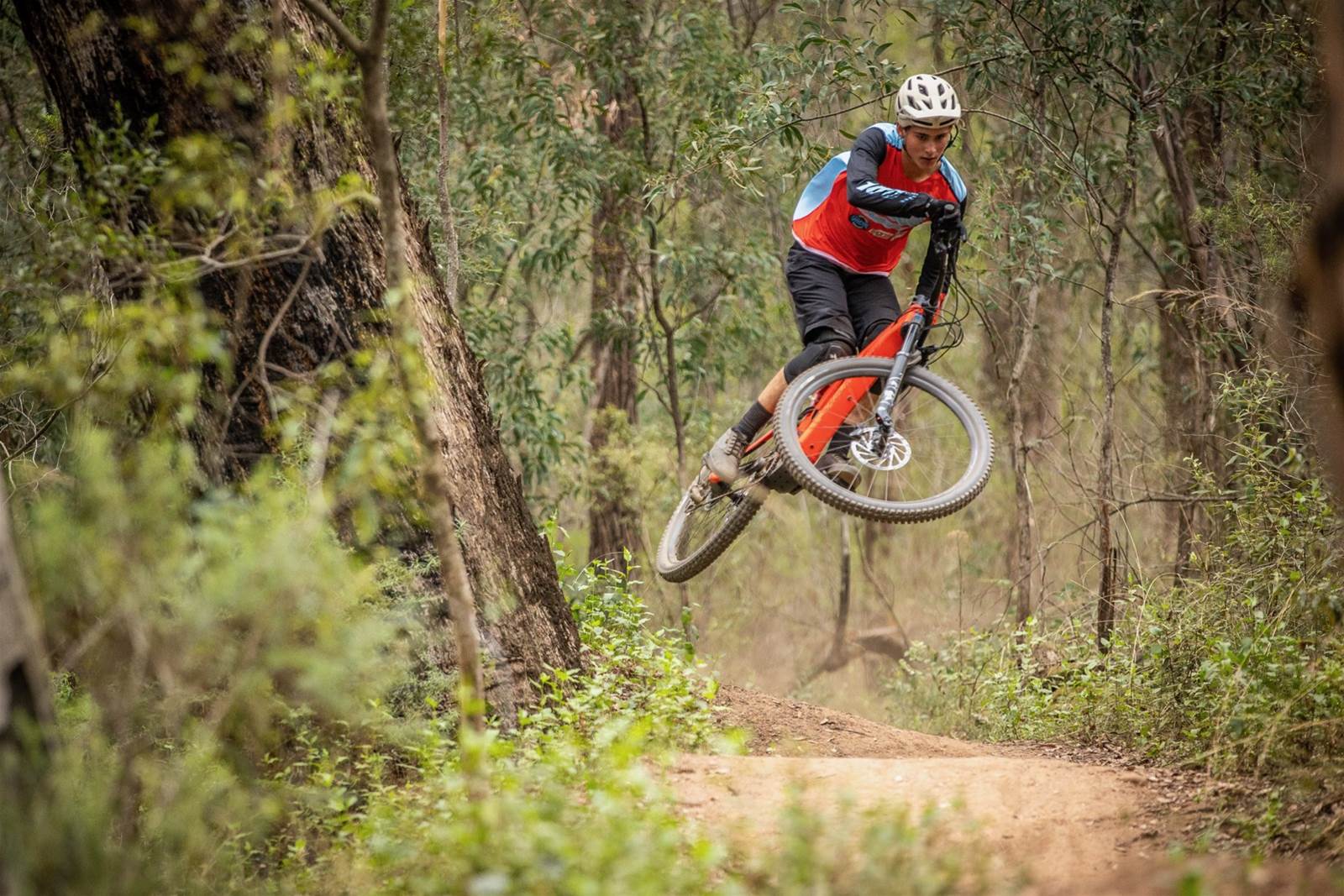 Berryman said that he was hooked on the new format of racing in Victoria, “It’s unreal to finally have the social aspect back into mountain bike racing. It’s a relaxing way to spend the day out with your mates and put in some km’s.” Dru added that he had enjoyed returning back to Mt Taylor after 2020 and that he had enjoyed racing on these trails. Elite racer Keenan Bird from Traralgon came in third outright in 18:06.1 ahead of Hudson Tarling (18:09.6) – at only 13 year old the local shredder clocked in the second-fastest time on one of the tracks even! Vet racer Brad Matherson, another Bairnsdale racer came in 5th outright in the main acoustic bike division with Jono Krusic from Wurruk the fastest eBiker of the weekend. With juniors competing alongside seasoned gravity racers, the talent and potential on show on a grassroots level had been exciting, said Race Director Bob Morris from Rocky Trail Entertainment.

“This is exactly what our Superflow format is all about”, Morris explained. “It’s one hell of a challenge, but every racer can make it their own adventure. Our motto is ‘Race the way you Ride’ and we love to see how young shredders are coming through the ranks encouraged by the competitive yet friendly event atmosphere that we create.”

He added that many young racers were competing together with a parent or parents. “The fact that riders across all abilities from podium chaser to casual racer can compete together is what people love about this race – we don’t have any start orders or cut-off times. Groups of riders can ride on the neutral transitions together without any time limitations, meet at the top and each get their own race run to the finish. We see them wait together and continue to the next stage.” Morris said that the unique format also offered live timing, which was a thrill for the juniors alike, but also for those who were competing for top positions in Elite.

The women's field at Mt Taylor accounted for almost 13% of the riders, which was above average, said Jo Parker, the Rocky Trail Event Manager at Mt Taylor. “The flexible time schedule and social kind of racing really resonates with our female racers and we look forward to seeing more women join in over the coming months in Victoria”, she said. Jo Parker added that she had enjoyed chatting to fellow female mountain bikers and mums out on track and in the event centre, including Danica Firth who competed alongside husband Andrew and her 10-year old son Wiley with two more younger pinners cutting laps on the pump track in the event centre, “I’ve been riding mountain bikes for a couple of years now and finally I can race with my son. To follow him down the trails is awesome”, she said and that the two younger kids were keen to put on a Rocky Trail race plate soon as well.

The next Fox Superflow event in Victoria will be at Silvan in April right after the Canberra race at Stromlo Forest Park, which is expected to have over 500 competitors line-up.