By: Bradley Babel | Thanks to Cyclinic Suspension for the fitting!

Fox suspension have just unveiled their 2019 range and we have been lucky enough to get some trail time on the new Fox 34 SC. That's right, a Step Cast 34 fork, cutting weight from the popular model for the 120mm travel variants. Out with the old, in with the new!

Cross country and trail bikes are changing. While many trail bikes have become bigger and heavier hitting – some trail bikes aim to marry their capable nature with the rolling ability of a 29” wheel and pedalling efficiency of an XC bike to make some absolute rocketships that blur the lines between XC and fast trail rigs. And new XC bikes like the Specialized Epic, Santa Cruz Blue and the Cannondale Scalpel Si have improvements in geometry and how they are specced, many XC style bikes now come with longer forks and dropper posts to boot. The new Fox 34 SC 120mm has come to market to suit this very style of bike. Fox have re-worked the chassis of the 34 to shave a claimed 225g from the standard 34 120mm model. Now before you get excited about longer legged versions, this is only available in 120mm travel version for now. They will be available in 29” (fitting up to 2.6” tire) and 27.5” (fitting up to 2.8” tire) versions. This is in part due to one of the ways they have shaved some weight with lightly shorter stanchions. All new! Cut down, with starnut and bearing race. This is with the QR15 axle, not a Kabolt which saves more weight.

The Fox 34 SC is aimed squarely at the “new school” XC bikes and fast trail bikes that are being built up, with 100-120mm in the rear and matched to 120mm up front, so that you can still stay “racy” but also be more under control when the going gets a bit rowdy. There are already many brands such as Rocky Mountain, Intense and Kona that have been building bikes with 120mm travel forks on their XC/light trail bikes. Bikes like this are more than likely going to appeal in a good portion of the mountain bike market out there that want to be able to go up quickly and have some more confidence coming down than the XC bike of old used to afford us. While it isn’t everyone’s cup of tea, it is mine. So this new Step Cast version of the 34 Chassis with increased travel, stiffness and adjustability than a light weight XC fork, but without as much of a weight penalty as others on the market should tick quite a few boxes for those planning their next build.

The main difference is the new Step Cast chassis which has the “cut outs” on the outside as opposed to the Fox 32 SC fork, which along with other weight saving areas shaves 225g of the previous model when used with the Kabolt. Our test fork came with the standard QR15 axle rather than the Kabolt the fork will come with. The new fork measured in at 1665g with star nut and crown race with the steerer cut the same length as my old forks, the 2017 Fox Factory 34 120mm 29er Boost model, which came in at 1840 with the same fittings and steerer length. The Kabolt is another 40g lighter than the standard axle. It does this while having the same stiffness as the 34 140mm fork, or 15% stiffer than a long travel 32 fork. This model also gets a dedicated air spring and damper tune. While it was released this year already, it is sprung with the same EVOL air spring, standing for Extra Volume. This gives the fork a suppler and more linear spring rate for the first 25% of the stroke, and also increased tuneability. Coming from a model fork that doesn’t have the EVOL air Spring, the biggest difference on my first ride was that initial suppleness, along with bike bike shedding 175g from the front end. It soaked up that small to medium chatter so much better than the previous version. Through the bottom end of the stroke it had good support and felt much the same, but it’s that first 50% of the stroke that makes a difference. The stiffness was still what you can expect from a proper trail fork, albeit lighter than others.

And that's what counts in this case – the 34 SC isn't breaking new ground, but it is adding to the experience for fast trail riders and making some XC bikes able to push a little harder. Whether it suits you more than a 120mm travel 32, or helps you trim some weight back from a 34 120mm fork (like I specced on my own Rocky Mountain Element), Fox have delivered a fork that fits into a specific niche in the mountain bike market. There's no downside, it's more a question of whether it's the right choice for you. If you want more travel - then you're better looking at a standard 34. If you want the lightest out there and ride a pure XC bike with 100mm of travel - stick with the Fox 32 SC. The 34 SC doesn't quite have the same tune for the firm lock out as the 32 SC, so if you're all about XC race performance, the 32 is still your fork. But if you love to ride fast and hard, and want what might be the stiffest and lightest 120mm trail fork on the market with one of the best suspension tunes - this is probably what you should be looking at. Pricing is where you'd expect for a Fox Factory fork. They will sell for $1519 for the fork I am testing with the 3-position Fit4 damper, or $1599 for the remote version.

I plan on putting a few more kilometres on these new forks and have a chance to play around with the settings a bit more, but certainly out of the box they look the goods. Oh and did we mention they are available in the previously team only colour of orange, as well as black? 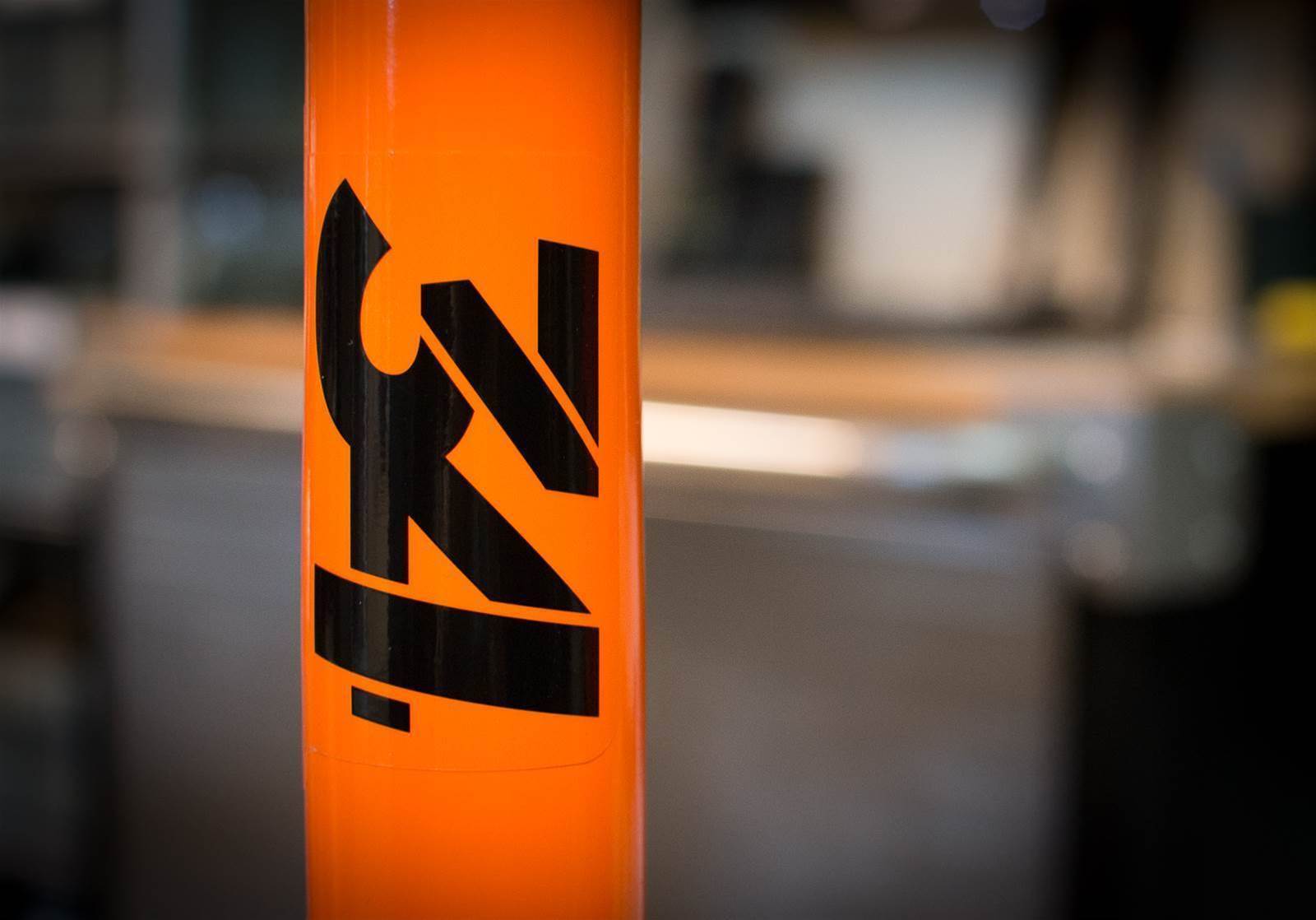