If you love riding outdoors, but often get stuck indoors - you'll want to know about the latest Wahoo KickR.

Wahoo have not-so-quietly been making a name for themselves with electronic gadgets for cycling. With a range of bike computers including the popular Wahoo ELEMNT and Wahoo ELEMNT Bolt, Wahoo also have speed and cadence sensors, heart rate monitor straps, and a whole 'ecosystem' of parts for training indoors.

Here at AMB we are always more keen to put our tyres on dirt than sweat it up in the shed on an indoor trainer. And that's fine for some parts of the country and most of the year. But the reality is, even if you have all weekend to ride outside, if you have any fitness or performance goals, then you should be on the bike through the week as well. And sometimes the rest of life gets in the way. Whether it's work, family, or just dark, cold or wet weather, sometimes getting onto an indoor trainer is rthe solution.

Wahoo's KickR range is regarded as one of the best ranges of trainers, being so-called 'smart' trainers. They have resistance that is changed via programmed workouts you can sync from software like Training Peaks, or more fabourably, you can jump on Zwift and ride or even race real time against people anywhere in the world. Possibly even just your mate down the road.

The 4th version of the KickR has just been released, and the biggest news for some might be the weight of the flywheel so it can replicated 2200W of output. But for most of us, we'll appreciate the silent running. So really all you hear is your drivetrain, your breath, and any squeaks or ticks your bike might have that is normally masked by trail sounds. So if your time to train is early morning, you won't wake housemates or your family up with the high pitched whine that many trainers have - same deal if you need to get on the KickR after dinner. This is ideal for just about any living scenario.

The KickR increases the resistance to make your ride feel more realistic as you go uphill or downhill, and provides plenty of cycling metrics, especially when using additional sensors like cadence and heart rate monitors. 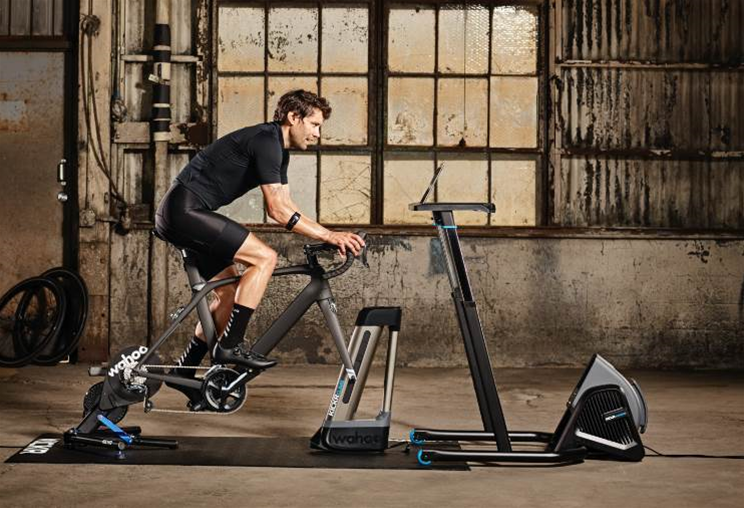 This is not the AMB shed.

Where it really gets fun is when you add the KickR Climb. It syncs to the KickR via Bluetooth, and can create up to a 20% grade climb or 10% grade descent. Sure, it won't replicate hanging off the back of the Val di Sole World Cup DH track, but all of a sudden your training program starts to feel a little more like a video game, and your mind moves away from the effort to a slightly more immersive environment within the Zwift world.

While the KickR and KickR Climb will take Boost axles, QR for road or mountain, or non-boost through axles, it isn't really a mountain bike setting if you're using it with Zwift. Who knows, this might be coming in time. But if you just want to set hill efforts at a set resistance riding in an augmented reality, you can do that. The changes in gradient are very effective, and force you to change your body position and engage different muscles (including your core) just as you would outdoors. It's a highly effective training aid, especially if you have a coach guiding you on what you need to do to achieve performance or fitness goals. They can just program your workout, and you sync it to the software and the KickR delivers what you need to do. Simple! As long as you do the work anyway.

At $1599.95 they're a big investment - but at the same time they are built to last, and they might be something you use most days of the week. We haven't heard of many people who have bought one and regret it.

We've got the units setup right now for a review in our next issue - but if you want to find out more head to the Wahoo website or ask your local shop. Smart trainers and Zwift have changed cycling for a lot of road cyclists - we don't think that's coming for mountain biking, as even with Wahoo's new fan to replicate 'wind in the hair' there isn't the stoke of riding trails. But what the KickR and the rest of the accesories can do is make sure you're fit and healthy enough to make the most out of your trail time, with the time you have at home. 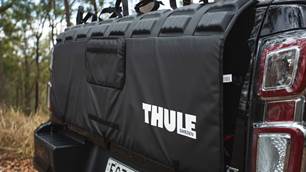