The new Merida OneTwenty is a fast trail bike - or is it a marathon bike with long legs?

The Merida OneTwenty has often been touted as the most versatile bike in the Merida range. Armed with 120mm of travel you tend to be able to get the most out of all sorts of trails, maybe just not those that are built for gravity bikes. We last tested a Merida OneTwenty in early 2015, and it left as wanting. Thankfully, the latest iteration bears little resemblance to that bike, and we have the 8000 model on test, with a carbon frame and wheels.

A nice change compared to some carbon bikes is that the swing arms are carbon as well, not just the main frame. We hear that has helped shed more than 400g compared to the old design. The new Merida OneTwenty has had a change to the suspension. With a Trunnion mount rear shock the linkage can be lower, and as the lower mount is part of the system the operating pressures are lower as well, creating a more supple initial stroke but also reducing the load on the whole system. Thanks to larger bearings and a more solid chainstay, the back end should also be a whole lot stiffer - and obviously a move to Boost spacing helps.

We have a large on test, and with a head angle of 67.3 degrees it is slack but not crazy, and with a seat angle of 75.5 degrees it's new-school steep for getting back up the hill and keeping the front wheel planted. The reach is 455mm via a 615mm toptube on our test bike. If you're used to looking at long and slack enduro geo numbers it looks a bit short and steep. But if you consider that the realm of a trail bike is to ride just about everything going up or down, then the numbers look to have a really good balance. And the fact that the carbon frame is so meaty means it will be tied together really nicely, and stiffer than an XC bike that might have similar geometry, 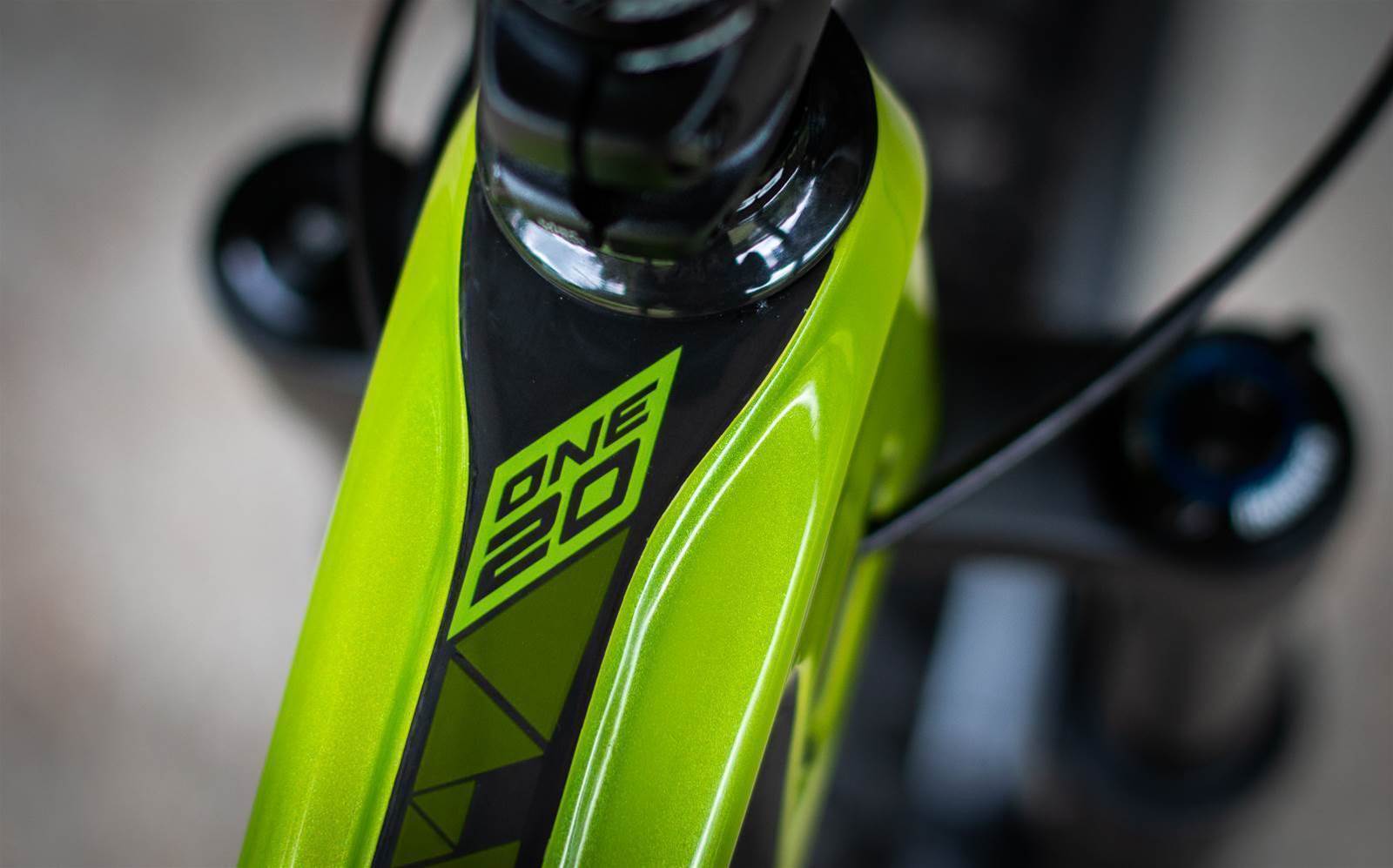 The RockShox Pike fork does sport 130mm of travel, add in some FSA carbon wheels with wide internal width and a Maxxis Minion/Forekaster combo and this bike is all of a sudden super versatile, with a solid suspension platform, awesome wheels and of course big brakes from the SRAM Code 4-pot stoppers. And did you know Jose Hermida actually rode a modified Merida OneTwenty to victory at the Cape Epic this year? That same stiff frame and efficient and capable suspension was matched with lighter wheels, no dropper and a 120mm fork to tackle the world's most demanding stage race.

As this is the top-spec 8000 model (selling for $6999), you can imagine the group set is pretty sweet. Merida have a SRAM Eagle XO 12-speed group set on there, with the carbon cranks. The FSA Gradient LTD wheel set is a real highlight, with a 29mm internal width and 2-cross spokes on sealed bearing hubs. Weighing a little over 1700g they will have the stiffness needed for a good trail wheel, but at almost half a kilo less than something in alloy which you might find on similarly priced bikes. The cockpit runs a 35mm clamp bar and stem and there is a KS Lev Integra dropper. There's not too much to nit-pick on the parts list.

Once setup tubeless with some Orange Seal sealant, and fitting the supplied carbon bottle cage it was time to pop the Merida OneTwenty 8000 on the scales. It's no fly weight but as a fast trail bike that's about the weight we would expect. The next phase? Testing! We have passed the bike to one of our testers and will have a review in Issue #176. Need more details? Head to the Merida Australia website.

We're keen to see how it goes on the trails. Is it a fast and light trail bike that is perfect for sessions on your trails? Does it suit long days out in big hills? Can you line up for a marathon or stage race on it? Can it be all of those things? Let's find out!