The latest XMC 1200 wheels from DT Swiss not only use their new Ratchet hubs, but they use a 30mm internal rim with a broad intended use.

DT Swiss released three new carbon mountain bike wheels this year. From the DT Swiss XRC 1200 we tested in AMB Issue 178, to the EXC 1200 Enduro wheel set and the XMC 1200 we have on review now. These are the trail and all-mountain wheel set from the Swiss maestros,

What's in the box

The DT Swiss XMC 1200 wheels come with wheel bags, 6-bolt adaptors for the Centrelock hubs, spoke tools, alloy tubeless valves with a cap that doubles as a valve core remover, and a choice of hub bodies; whether it's the new Microspline hub body or SRAM XD. HG freehub bodies are also available. At the heart of these wheels is the all-new DT Swiss Ratchet hub. These hubs have removed moving parts from what was already one of the simplest and most reliable hubs on the planet, and dropped weight and increased stiffness at the same time. The hubs use straight pull spokes, which means they have a very low flange height. It will be interesting to see if this equates to a wheel which is not as stiff laterally - but given the precision DT Swiss is known for, it seems unlikely. And first ride reports from our tester Ryan Walsch reveal that the wheels ride light and with a good mix of stiffness and compliance. With a claimed weight of 1529g per set for a 29er all-moutain wheel, this is really light. But to be clear, the hubs only weigh about 300g for the set, so the rims aren't fragile - they're up to the task.

That said, the hubs are very special. Their SINC ceramic bearings roll and roll, and the resistance (or lack of) in the 36t Ratchet creates a hub set that gives oodles of free speed. In the stand, the rear wheel spins just about as freely as the front. Given all the extra drag usually associated with a freehub, that's astonishing, and immeditaely noticeable even rolling out of your driveway. 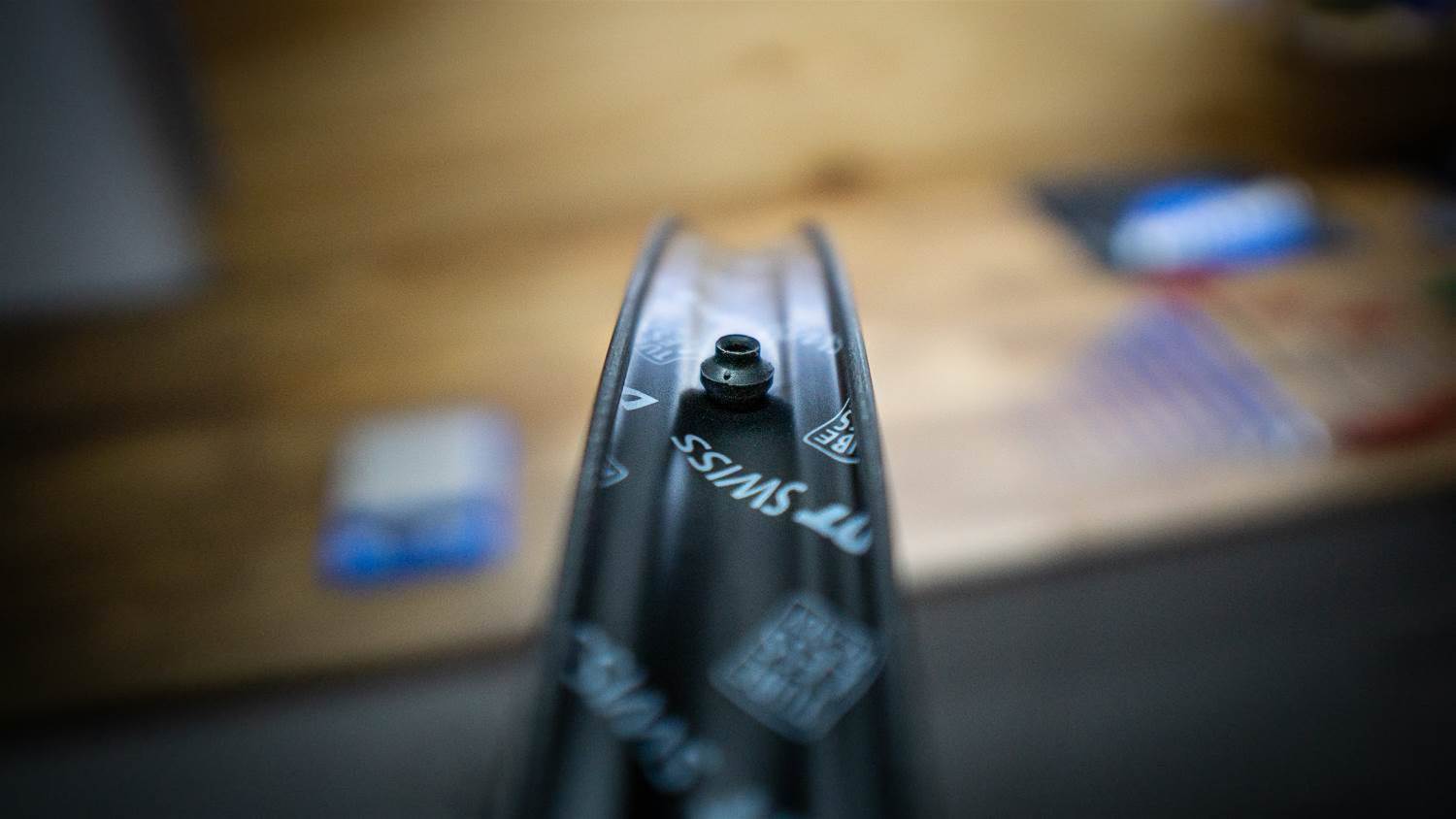 The rims have a 30mm inner width, and come pretaped with tubeless tape. The deep rim well really helps getting the tubeless tyres inflated, and they pop up pretty easily just with a track pump.

The DT Swiss XMC 1200 wheels set up easily with some fresh Michelin rubber, and so far they're really impressive. Not just for the low weight, but also the strength. It's never good to donk your rim but reports from our tester Ryan state that the wheels have come up well from a couple of unexpected bottom outs at Thredbo. Stay tuned for his full review in Issue #180, out in February.