The World Cup Downhill course at Vallnord, Andorra, was all new - so who could master it on debut?

A return to Vallnord, Andorra for the World Cup has included a new course for Downhill. And given the dry weather, it was loose, dusty and raw. The conditions were totally unlike what a European World Cup offers, with conditions that had more in common with a dry and blown out Australian downhill track. Rider's had cut down mud spikes, risk had to be calculated against reward, and nothing was certain until the finish line.

Catch up on the Vallnord XCC

In the women's race, Switzerland’s Camille Balanche was looking to return to winning ways after finishing second last weekend in Lenzerheide and looked to be the clear favourite after dominating during qualifying on Friday.

When it came to race day, it was Jess Blewitt (New Zealand) who stormed into the lead with just five riders remaining thanks to a flawless run down a very dry and dusty course. The New Zealander missed the start of the season due to injury but looked to be back to full speed in Andorra.

Eleonora Farina was next down but couldn’t match the speed of Blewitt and found herself in third behind the Kiwi and Norway’s Mille Johnset. Höll then produced the ride of the day, taming the challenging course and showing incredible speed as she went fastest by more than five seconds

Having won in Lenzerheide, Myriam Nicole was full of confidence and was on track to snatch the lead before crashing out. Nina Hoffman then produced a clean run to cross the line in second. Balanche was last out the gate and was looking to deny Höll her first win of the season, but made several mistakes and had to settle for third. Höll, 20, said: “It’s such a relief. I had really bad qualifying and a really bad practice run so I didn’t know what was going on. But I managed to ride hard, keep it clean and ride smart, like an adult and not a junior.” 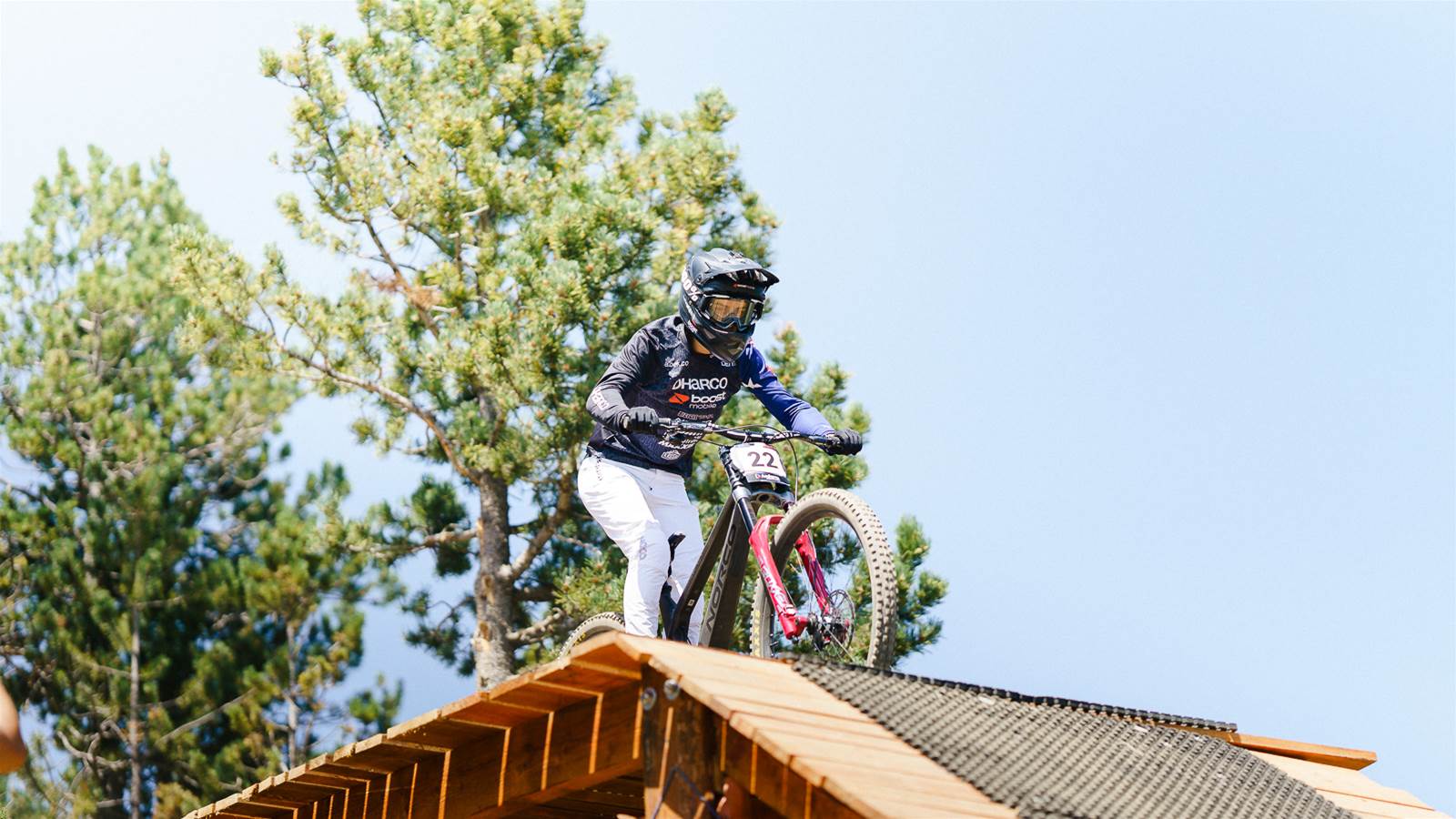 Australians in the men's hot seat

Oliver Zwar (now Swedish) was in the hot seat for a very long time, and then Luke Meier-Smith put in a blinder, to sit in the hot seat as the top 10 took to the hill. Andreas Kolb piloted his bike down the run in a controlled run that paid off, putting him in the lead. This stayed until  Aaron Gwin looked to be back to his very best as he snatched the lead by 0.6 seconds and became the first rider of the day to beat Friday’s top qualifying time by Loris Vergier. 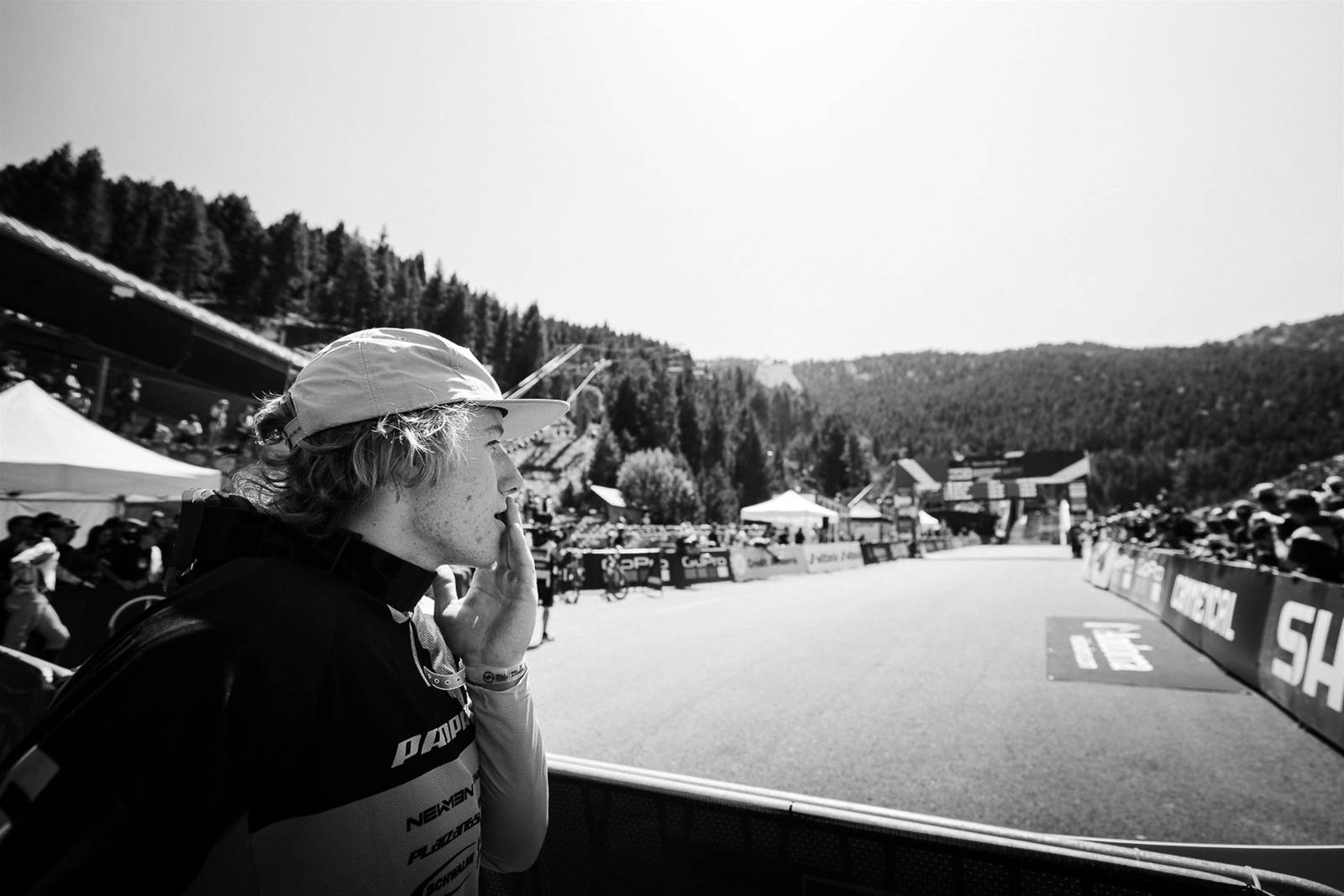 Gwin gained a lot of time at the top of the course, while previous riders were getting ahead on the lower sections of the course. 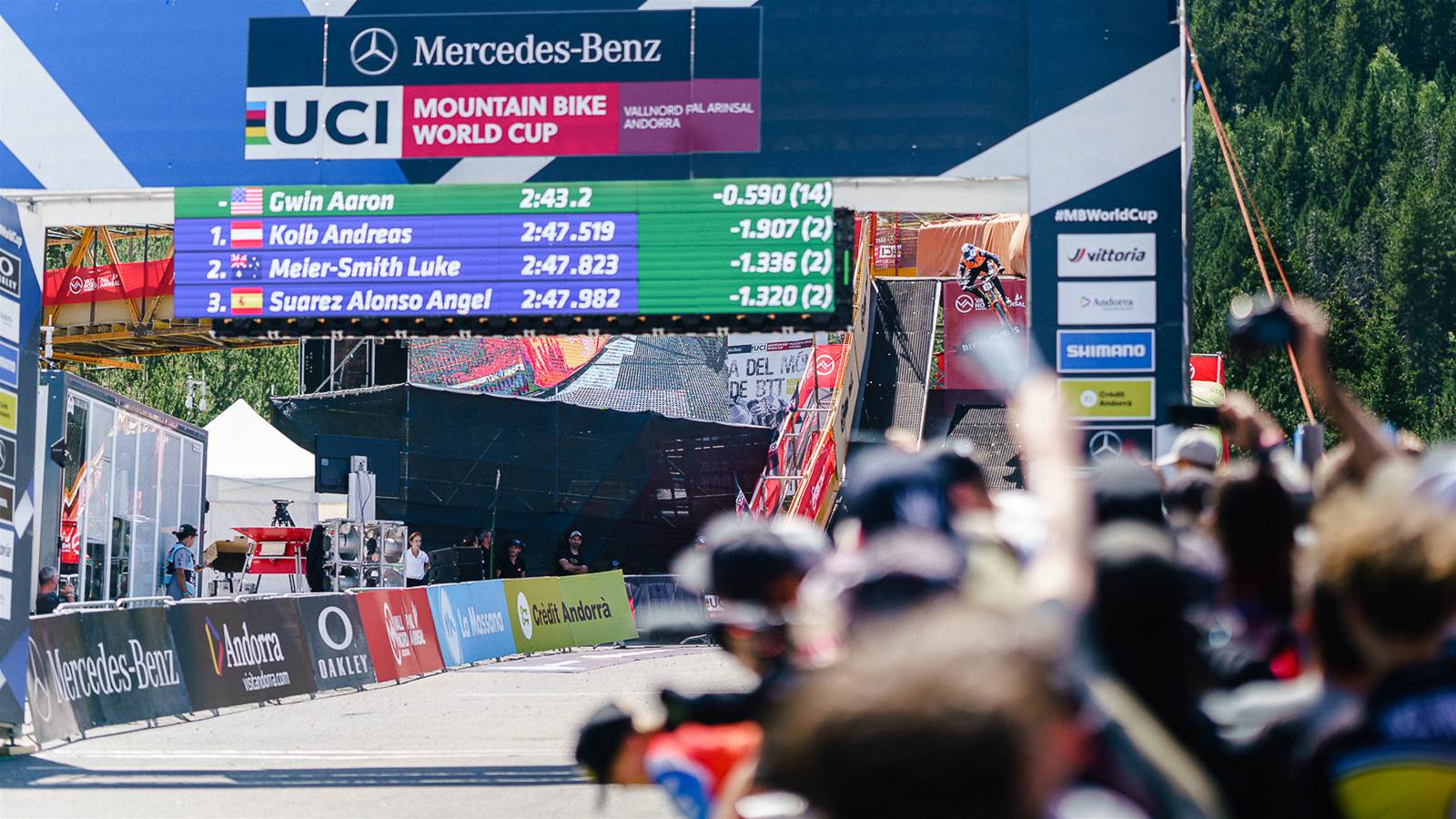 Finn Iles was the next rider up and the Canadian produced a crazy run. Despite a huge mistake, he was able to somehow stay on the bike and take the lead by a massive 0.7 seconds. Maybe it's the super secret Specialized he's on?

Frenchman Loïc Bruni showed his class with a clean run that saw him snatch the lead with just two riders remaining. Following a huge crash in the morning, compatriot Amaury Pierron was able to complete the course but found himself down in 12th. Pierron had crashed on the road drop and needed a new bike after practice. It was a big off.

The final rider of the day was Vergier and the Frenchman produced a thrilling conclusion to the action as he glided over the dust to take the win by a huge 1.4 seconds. Vergier, 26, said: “It feels really good to get the win, it was a great weekend. I was able to get the right balance (of risk and reward) and was able to push so I am really happy.”

In Junior men, Remy Meier-Smith had a huge off on the finish ramp drop, which left him with a DNF. Oliver Davis stormed to 13th.