Tracey Hannah and France’s Loïc Bruni took their respective elite class victories amid a thrilling third round of the Mercedes-Benz UCI Downhill World Cup in Leogang, Austria. With Tracey on the podium a whole lot, and 2nd last week in Fort William, things went her way with a race win in Leogang.

While the Leogang Bike Park track is sometimes criticised for a lack of technicality, it is known for its staggering speeds and seldom fails to produce captivating battles.

In the elite women’s race, New Zealand’s Kate Weatherly took the hot seat early on with a superb run. Marine Cabirou, one of the emerging French talents, crashed out from a good position to leave the Kiwi’s first top-flight podium looking like more of a reality. Germany’s Nina Hoffman, who had grabbed her own first top-three finish at the previous round in Fort William, was the first to pip her time.

Rachel Atherton, the defending champ, crashed high on the course and was over 20 seconds back at the first split. That left the fastest qualifier (for the third time this season) Tracey Hannah alone at the top. Tracey's run was perfectly balanced amid the dusty conditions, which she admitted suited her, and she was duly rewarded with her first win of 2019.

“I’ve won three World Cups, but none of the World Cups I’ve won Rachel has started in. I’ve finally had the chance to be strong enough and fit enough to give her a run for her money. That means more to me than the World Cup win alone; racing against her and being able to win.” 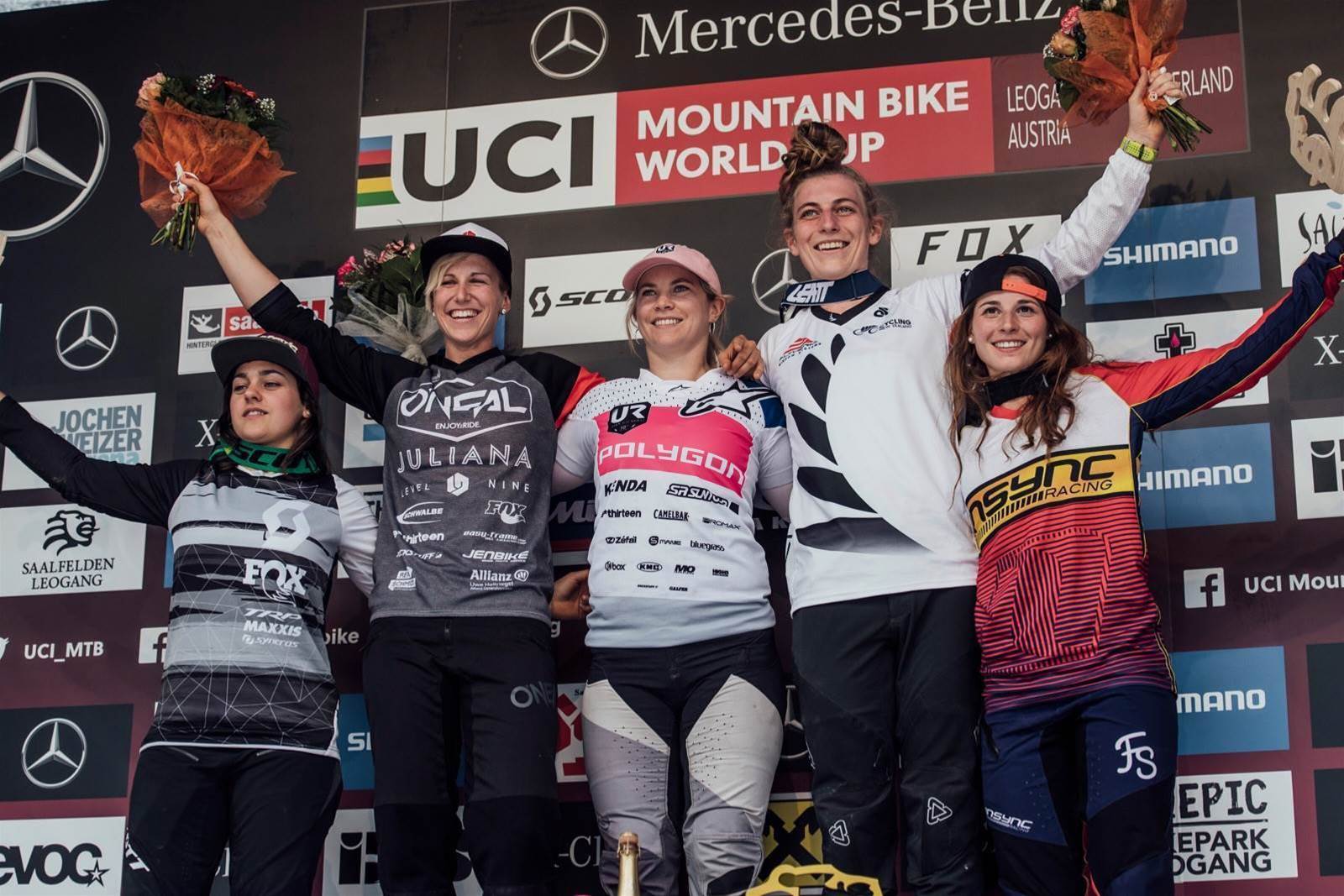 In the elite men’s race, the fastest qualifying time of Saturday was beaten early in the day as the track dried and burned in. Greg Minnaar had gone fastest on Saturday, so the big question was whether he could convert that into a remarkable 22nd World Cup win.

The USA’s Charlie Harrison initially held the hot seat, until world champ Loïc Bruni beat his time by over three seconds. Bruni celebrated in the finish area, but quickly declared that he didn’t think that he’d done enough. He felt that he’d left too much time on the fast middle section of the track.

The last man who stood a chance of taking top spot was Minnaar. The South African was faster towards the bottom of the track, but the damage had been done at the top, leaving Bruni to celebrate his second win of the season.

A delighted Bruni commented: “I was struggling on the top section at the beginning of the weekend, then yesterday at the bottom, so maybe today I kind of found the balance. I started the run pretty committed and I couldn’t really feel the grip. It was super-hard because it dried up a lot. I just held on, depended on everything I had – because every detail counts on this track – and it was enough.”

With Troy Brosnan finishing 3rd, he stays in the World Cup lead until the next round, and Tracey Hannah does the same! 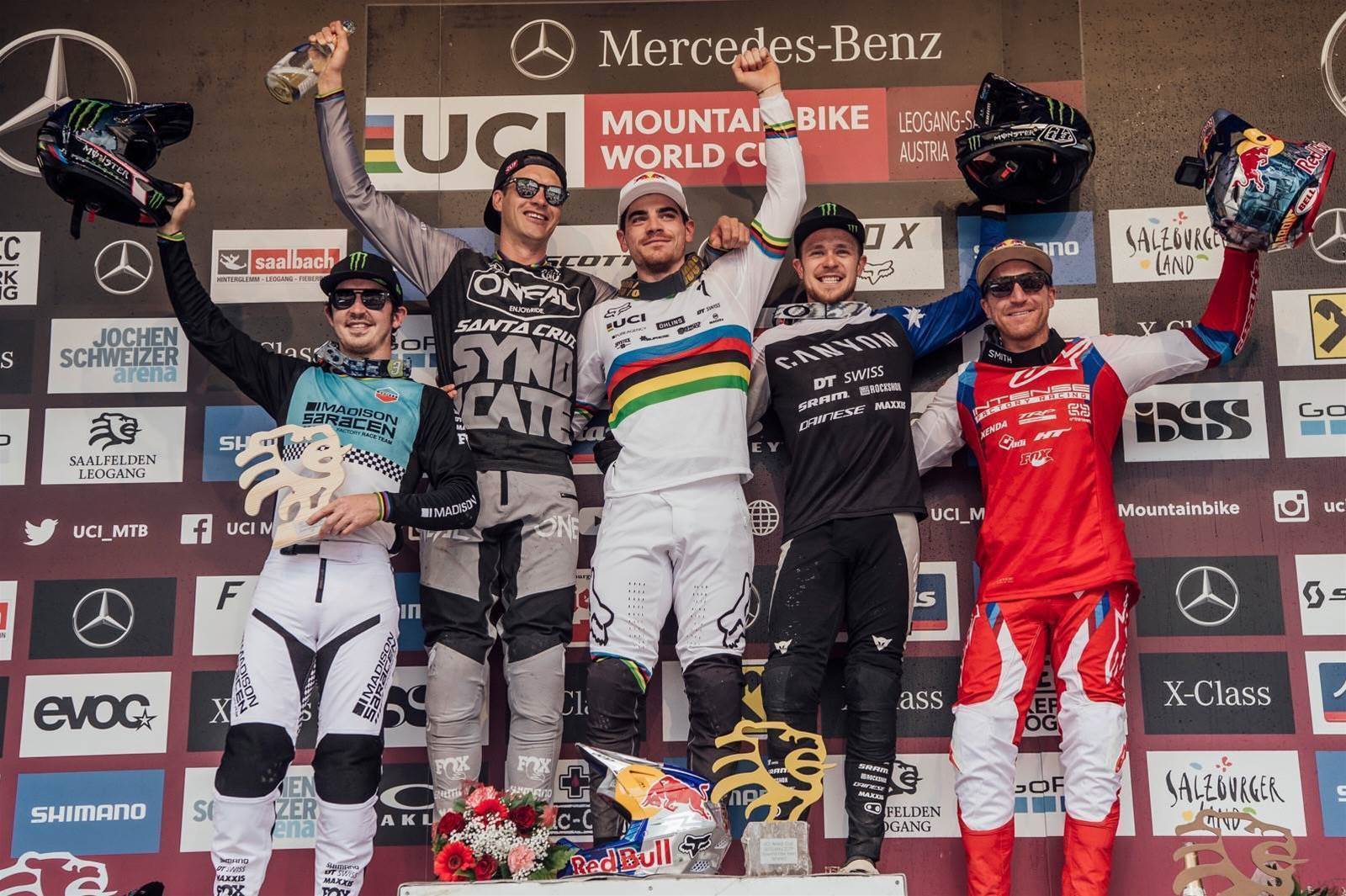 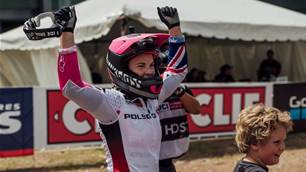 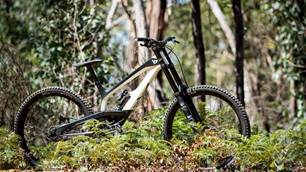 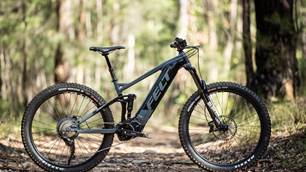