The queen stage lives up to the name!

Queen stages of stage races take riders on the most epic of epic adventures. Usually they are the most demanding of stages with the furthest distance or most metres of climbing. The Pioneer’s queen stage went the furthest distance with 112km but what made it truly demanding was the large amount of single trail and viciously steep climbs that littered the route. On paper, those were what made the stage demanding but anyone who has done a race of any kind knows the weather can play as much a role in making people cry as the profile does!

The queen stage took riders around the town of Alexandra and took in an awesome amount of the town’s finest trails. The trails had a really cool amount of variation which made you feel like you were riding a different stage as you hit a new part of the course. The first section had that Alice Springs style of loose over hard-pack and scraggly rocks everywhere. It made for an awesome playground for the pecking order to be established at the front of the race. 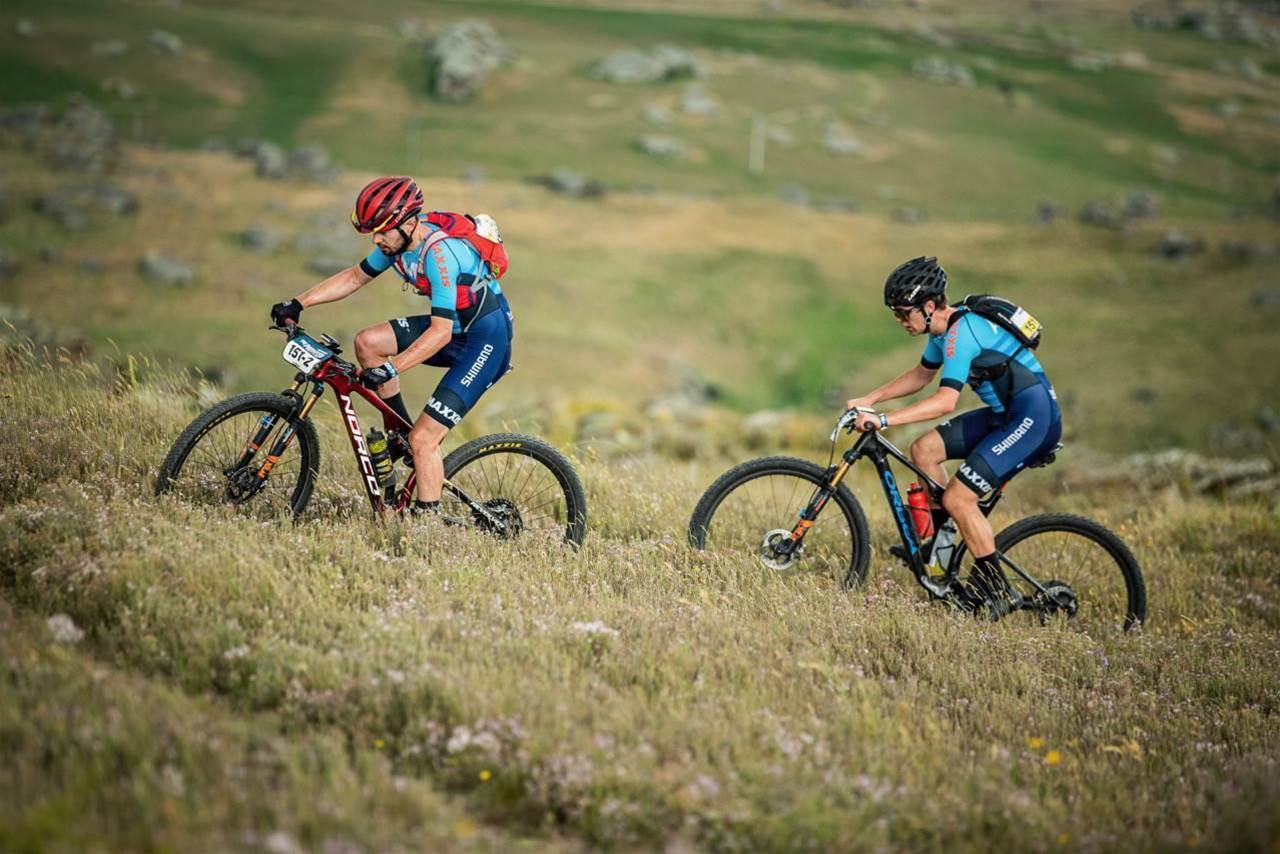 The second section was my favourite. I’ve raced a fair few marathons and the common theme is more chilled trails, not flow trails, just more chilled being used then my usual cross-country stuff. The section started with the longest climb of the day at 6km and made purely of single trail. My teammate Sam Fox and I were in the lead group and the unrelenting switchbacks is where the winning move was made by the Giant Off-Road Team of Brendan Johnston and Jon Odams. The descent down Black & Blue was an epic mix of steep rock drops and tight corners that would be at home on any XCO world-cup course. My teammate and I were on the move in this section trying to close the gap to the leaders and the section kept us on our toes with blind drops and flat-out corners on loose rocky soil looking to take us down.

The final descent was terrifying at the fatigue levels we were at but damn it was fun. It was awkward and technical with cross winds taking your wheels mid-flight on the many jumps, good times. One of the key factors of the trails, that I love, is they take you places. It feels like a true backcountry loop but on well-maintained trails. It wasn’t all sunshine and rainbows though as there was some tough climbing on the cards.

Like the single trail climbed just mentioned, the climbs of the queen stage were incredibly demanding with either steep gradients or speed sapping surfaces like grass. The Pioneer is known for climbing and stage 2 kicks off some big climbing days. If the climbs to come are anything like the final climb of today’s stage, a lot of people will be crying. Myself included! It was an incredibly steep ascent but what made it tough was the wind… The block headwind when you’re climbing up 18% gradients. The pain… so much pain.

The weather started off warm which had us dripping with sweat for two-thirds of the race but, as the organisers keep telling us, the weather changes quick in New Zealand! Halfway up the final climb it went from beating sun to rain, then hail, then we crested the first rise and rode straight into the vicious block headwind. This didn’t relent as we started to tackle the final 18% pinch… My teammate Sam Fox and myself were blown off our bikes on one of the steepest sections when a brutal gust hit us. We both walked the next few meters until the wind relented and we could get back to crawling up the climb. Near the top I thought to myself, only three more stages… I almost said it to Sam but couldn’t find the energy! As soon as we hit the descent it was all made right. And I’m sure that climb will be added to the memory bank!

How the race was won

The Open Mens saw a GC shuffle with the Giant Off-Road Team pairing of Brendan Johnston and Jon Odams taking the race head on to lead almost the entire way and take back the overall lead. Odams echoed the sentiment of a lot of riders saying about the last climb "After the last climb across the top to the last feed zone it felt like 50k an hour headwinds, with some rain and the long grass, after a real steep climb there was some soul searching out there and then there was a quite hairy descent to finish you off so if the climb and the headwind hadn’t finished you off, then that descent probably will.”

Johnston was pretty impressed by the scenery on offer by the Queen Stage, “most of the climbing is pretty slow so you can look around and see how dramatic the scenery is, most of the looking was up to be honest trying to find the top of the climb, but it was spectacular riding today.” Their lead is only 37-seconds over Tim Rush and Michael Vink of Onya Bike North Otago. Rush flatted just after feed zone two but a fast fix and determined chase kept them in the hunt for the overall. 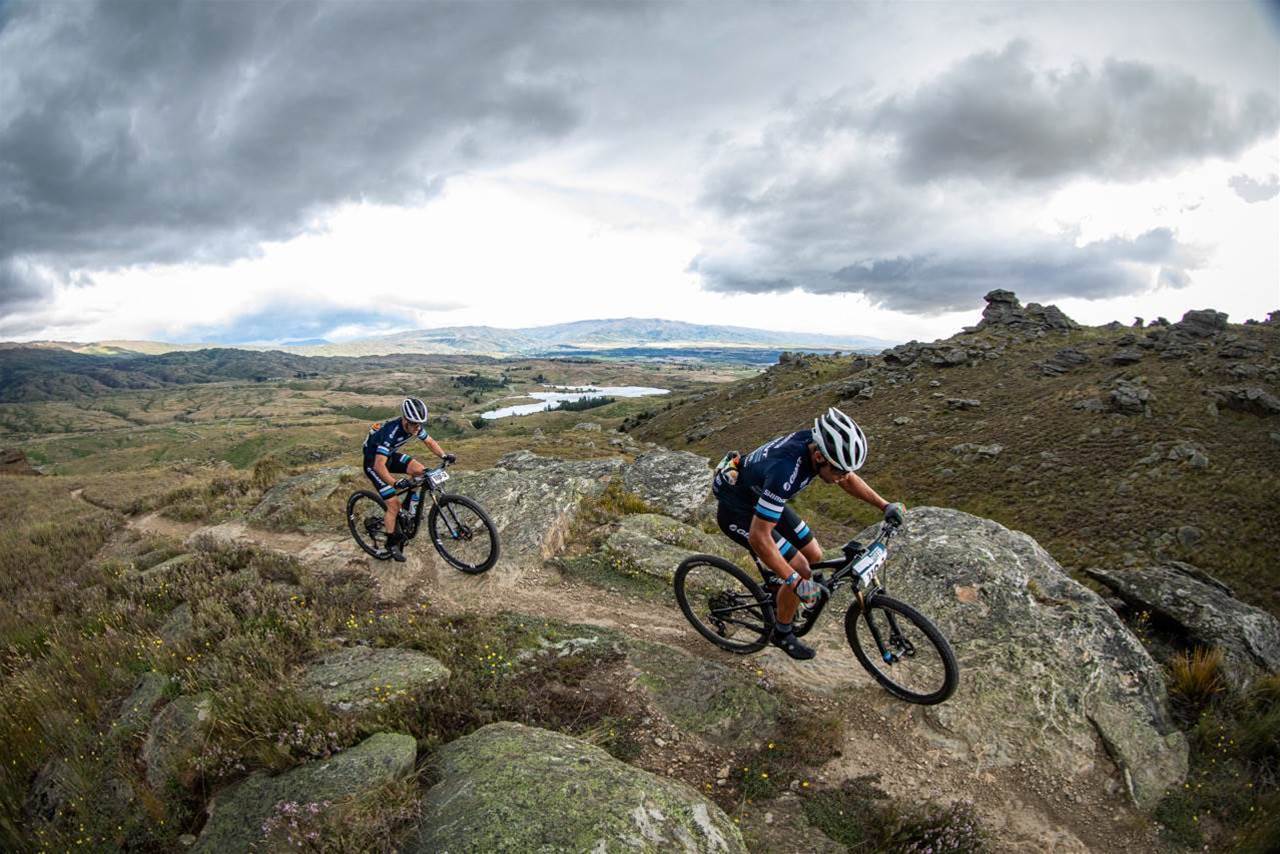 The Mixed teams race had an Aussie flavour with brother and sister pairing Holly and Michael Harris taking it to the leaders to led early on. Team JoJo of Jo Skerman and Josie Wilcox took the win at the end of the day in a bit over 5-hours. Skerman had this to say about the Aussie challenge, “What plan?” joked Skerman when asked about the stage going to plan. “You really just head out and see how you are feeling, but respect to Michael and Holly for laying down the challenge today and pushed pretty hard right from the start and got a good lead and we had to be patient. Josie had a few moments early on, but she found her legs about halfway through and we managed to pull them in and rode steady all the way home and had a good finish really.” Team JoJo lead the Mixed Overall by 18:32min over the Team New World-Pivot pairing of Mark Williams and Kate Fluker. Kate McIlroy and Amy Hollamby of Stonewood Homes took another convincing win in the Open Womens race. 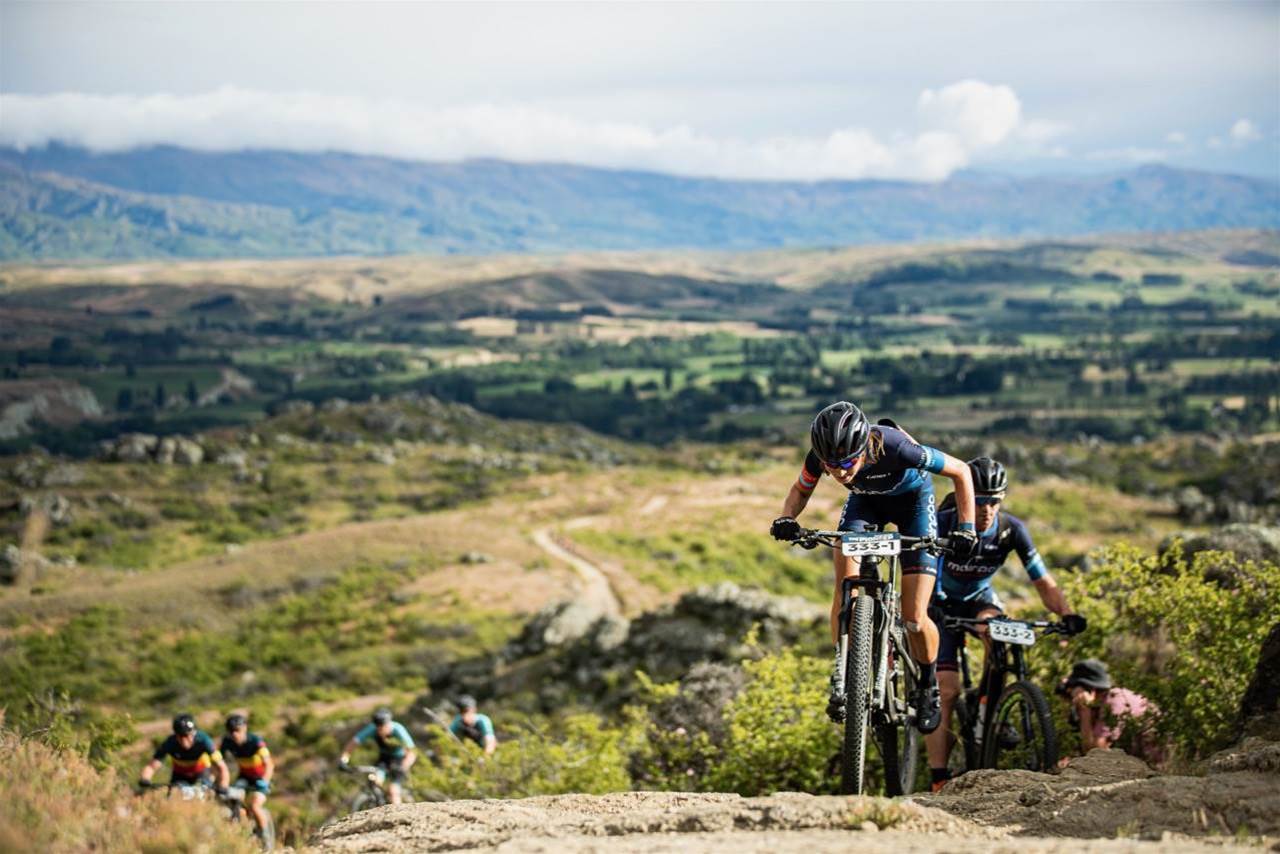 Holly and Michael Harris pushing the pace on the first climb

Stage One Results and General Classification 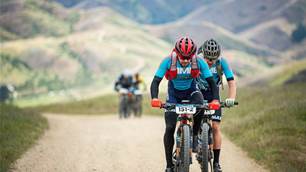 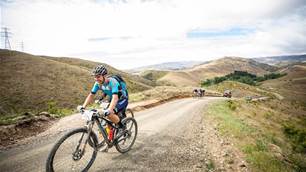 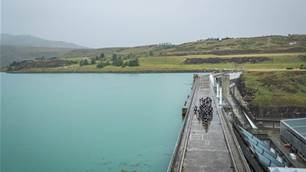