The YT TUES is here for those who are after a dedicated downhill bike.

YT or Young Talent have been shaking up the industry with their direct to consumer model, meticulous attention to the small details and ultimately bikes that win races.

The Tues sits at the top of a gravity focused range with downhill and park riding the name of the game. With numerous Rampage, FEST series event wins and twice the World Cup DH overall winner the Tues 27.5 is no stranger to getting to the bottom of the mountain with speed and style. With two alloy and two carbon models, 2 colours and sizes small through XXL and starting at $4199 and topping out at $8299 YT have all bases covered.

YT Claim that their race proven Virtual Four Linkage (V4L) can offer stiff, trouble free and incredibly sensitive suspension while retaining a playful nature so you can enjoy the good times. And although downhill bikes are becoming a rarer breed, the YT Tues still comes up against some stiff competition, going head to head with the likes of the Giant glory, Kona Operator, Norco Aurum HSP 2 and of course the Canyon Sender CF.

We have pulled a few YTs out of boxes lately and time and time again, it’s a surprise just how neatly and safely zee Germans do this direct to consumer thing. Being a bit OCD I always check everything on the bike, and everything is always as YT state “Plug and Play”.  Working on YTs is simple, all the pivot bolts and retainers are accessible from the non drive side which has been implemented across the entire YT range. The whole back end of the Tues now rolls on a full complement of cartridge bearings too which removes the cage around the ball bearings allowing additional balls and prolonged bearing life. The bearing life is further prolonged by a lip-sealed washer that sits between the bearing and the swingarm/linkage itself deterring debris and elements from entering. Looking at the Tues’ you realise how big this thing is. With large tubes and ginormous Fox X2 Performance rear shock that measures in at a whopping 267mm x 89mm stroke and runs parallel to the downtube itself, the overall impression is of a meaty bike. With revisions to the kinematics, via the V4L linkage, YT’s Stefan Willared was able to get the weight lower down and increase the initial sensitivity of the stroke. Mid-stroke support was an important topic off the back of discussions with then team rider Aaron Gwin who found that its predecessor sat too low into its travel. The end stroke has actually been mellowed out slightly by reducing the progressive nature at bottom out reducing the harshness of big impacts and increasing the usability of the entire range of travel.

What makes the Tues unique and sets it apart from other downhill bikes is the amount of in-house development has gone into all the little details. The chain slap protection on the chainstay and seatstay is next level, covering anything that the chain could possibly contact while charging including a neat chain suck preventer at the rear dropout. The undercarriage from the Virtual Four Link back down is protected by a huge PA66 Polymide frame protector that wraps around and is anchored to the downtube in four locations and even straddles the ISCG05 tabs.

The rear axle has a self locating lobe on its end keeping the threads lined up preventing cross threading in those rushed and sometimes careless late night tyre changes we are all guilty of. The internal cable routing runs in the most direct path to its destination with a midway clamp which eliminates noise and ensures the housings do not migrate as the rear wheel passes through its range of travel, every aspect of this frame has been meticulously considered which in turn means less problems and an extended life when racing or living the park life.

Getting set up and comfortable on the Tues is an easy task thanks to the carefully selected components such as the ever popular RaceFace Atlas bar and ODI grip combo. The TRP G-Spec Quadium brake levers are large with a refined shape and easy to use reach adjuster that allows the rider to adjust them even with gloves on to get maximum stopping power and control.

SRAM’s 7 speed GX DH shifter and derailleur are paired with E-Thirteen’s 7 speed cassette, LG1 Plus 165mm crankset to keep you moving, with a E-Thirteen LG1 Plus ISCG05 chain guide to keep the chain on and chainring intact on big impacts. The whole package rides on a Fox Performance Elite Float 40 fork and Float X2 shock both with low speed compression and rebound adjustments, ready for whatever gravity riding you fancy.

All this overbuilt hard hitting equipment bolted onto large tubes must weigh a tonne, right? Wrong - our size large tipped the scales at an extremely scant 15.28kgs which to be honest is less than my current trail bike and far more capable. Finding the right sized YT is relatively simple, with the company focusing on a rider’s reach rather than the seat tube length, With such a great stand over across their range, just pick the reach you want and you are done. My preference is 450mm which put me onto the size large frame with its 452mm reach and stable 1248mm wheelbase. The 63.5 degree head angle is the perfect balance between stability and agility and certainly inspires confidence through loose and janky terrain. The combination of the longer reach and the 435mm chainstays makes the bike quite long, but still very easy to manoeuvre in tight switchbacks.

Loose terrain is taken care of by Aaron Gwin’s signature series Onza Aqilla tyres which were setup tubeless on the E-Thirteen LG1 alloy DH wheel set. All E-Thirteen products have great after sales support and the LG1 wheels have a 12 month bearing warranty and 5 year manufacturers warranty too, these wheels are built tough and despite the odd rim dinger are running true and free from dents to date. The near effortless beginning of the rear wheels travel made a huge difference to traction on the test track we rode, we were able to find grip and change direction easily despite leaf litter and sizeable braking bumps plaguing the trail after recent storms and wet weather. Committing to a line early and letting the bike follow a groove was what we found worked well. Sitting the bike into these rutted grooves filled with loose rock and braking bumps the Tues remained composed, sitting higher up in its travel as some other DH bikes can, the mid stroke support in the turns is excellent.

Normally when riding a bike that’s so supple at the start of the stroke they can become mushy and bog down into berms and features alike but this is not the case for the Tues at all. The character that stands out to me the most on the Tues is its ability to pop, there is a distinguished little extra oomph just as you leave a feature if you let it which makes it fun and easy to manoeuvre despite its race bred 1248mm long all business exterior. As YT claim, the Tues finds itself at home both on the race track and bike park, quite the mix with out spending hours playing around with shock tunes. The Virtual Four Linkage works a treat for those who stomp on the pedals too, which I learnt all about on an ill-timed first shuttle attempt. A quick pedal over to the shuttle bus to learn it wasn’t running meant it was either push up or ride up. With three ascents in the bag, I can confirm that out of the saddle efforts result in little to no bob or bounce, uphill or sprinting into feature filled jump lines and it pedals like a machine.

With two cleanly wiped areas of the frame I knew we had experienced a little bit of leg rub on both sides of the V4L linkage where it meets the seat-stay at its widest point. The smooth edges however and absence of anything that protrudes meant that nothing got snagged or hooked up during our time on-board the Tues.

With the recent announcement of the Tues 29 giving riders the choice between wheel size for a DH bike, we are left wondering how much more stable it could be and who can actually pilot one. YT suggest that the 29er is for racers over 167cm only with a clear split between park/racing on the new model. As a rider, having the choice to decide is pretty neat and we think a win for YT.

Time spent on the Tues has been enjoyable and an eye opener to what good design and suspension kinematics can achieve without the need for excessive shock tuning. It is worth noting that I had a bit of a blunder on the second ride going way too deep off a blind step down with a tailwind and blew a seal in the X2. A quick trip to Sola Sport and all was rectified and the shock was back on the bike before the end of the week, so all in all it was a trouble free test. 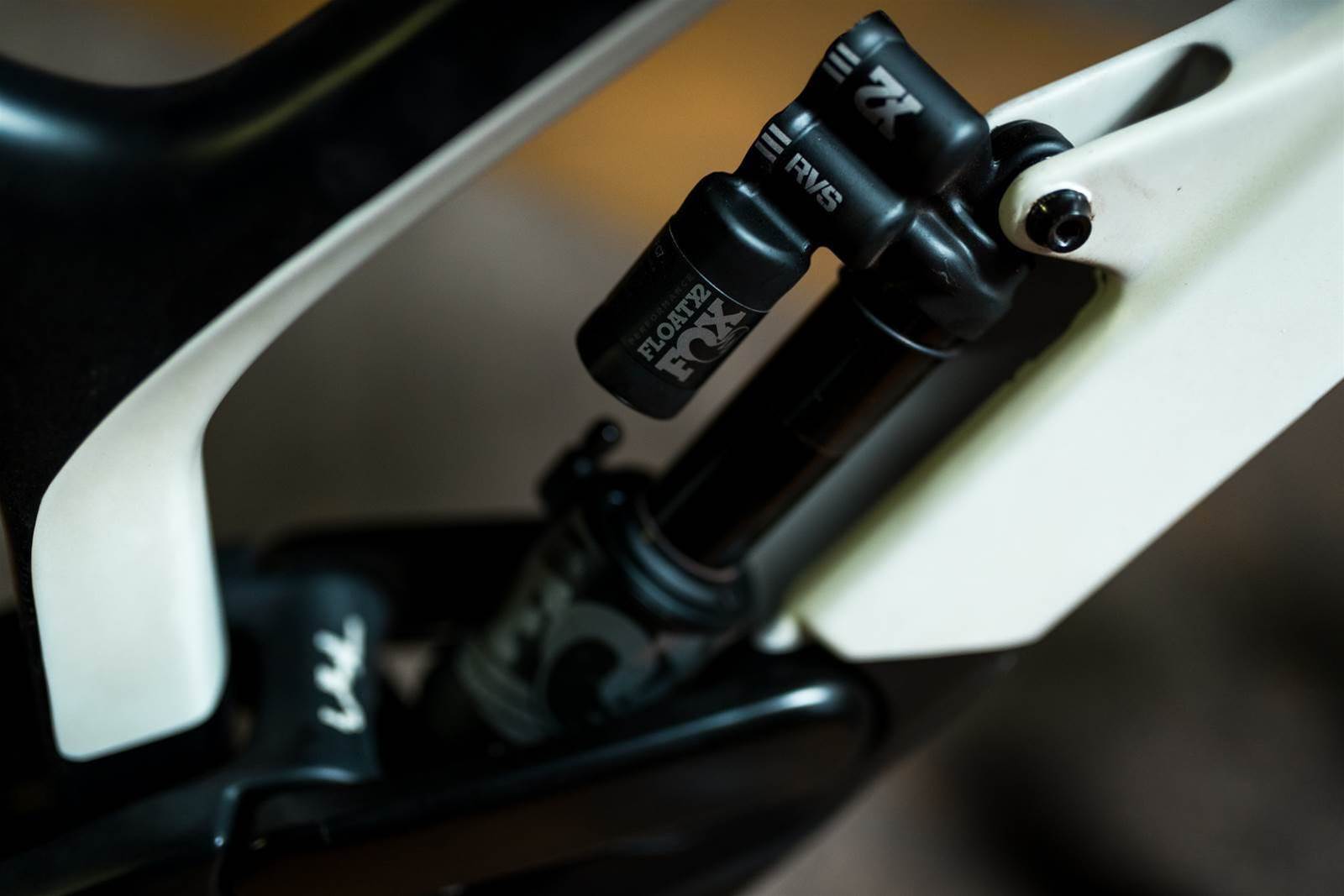 The Tues is an easy bike to get comfortable and confident on, with an ability to find traction and stability at speed it is well suited to the tasks of both racers and park riders. Its stiff, durable and light weight chassis specced with carefully selected components make this one of the best value for money downhill bikes available. YT have delivered everything they claim and we look forward to catching a glimpse of the Tues 29 in the future.