Stage 3 of the 2019 Port to Port got a little tough - but with big challenges come big rewards.

Stage three saw riders tackle the flowing trails of Awaba and the terrifying Mt Faulk climb before attacking the undulating ridgelines and moto trails of The Watagans National Park. While the first couple of days of a stage race like Port to Port can bring spectacular upsets and surprise results, sometimes the latter parts of the race can throw up further GC changes… riders either find their endurance legs or the strain begins to show.

After a great two days in the saddle that saw the Tassie Devils holding more than two minute lead in the Port to Port General Classification, the early morning withdrawal of team captain Ben Bradley due to illness, opened up the GC to the riders with the best tactics and the strongest legs.

Although now out of contention, Bradley’s team mate Alex Lack decided to show the “Spirit of Tasmania” in Stage Three, continuing on with a stunning solo ride that had him mixing it with the leaders all morning. “It definitely wasn’t the way we wanted to go into stage three, we had a bit of bad luck overnight,” Alex said. “Ben went pretty hard on yesterday, so I think he had a bit of dehydration and he didn’t really sleep much last night. It was a hard decision but probably the best decision to make. I am continuing to race although there is no pay off for any efforts and of course no result on the General Classification. Of course, I didn’t want to get in the way, or impact the race for the GC but I was able to get some racing in and still make the most of it,” he said.

With the Tassie Devils out of the contention the GC tightened considerably and stage three became a vital piece in the Port to Port puzzle. While the GIANT Australia Off-Road Team (Johnston/Odams) were natural favourites, there was work to be done to get the stage win and vital time going into the final day. Just chill bruv. Odams had to keep a lid on it early on.

“It was a really sad way for the Tassie guys to go out because they are both riding very well and we had our work cut out to get over them. But we had a plan for this stage and either way we were going to do our best and we rode awesome up that climb. That was the biggest goal for the race. Mount Faulk Road was a major priority for us and we did it perfectly, so we are stoked with that and the stage win.”

A large part of the rest of the 1100-strong field will be pleased to hear that the top men also had a few dark times out there on course, especially during the death-by-a-thousand-cuts ridgeline section and never-ending pinch climbs that punctuated fast-rollling descents after the main obstacle of the day - Mt Faulk.

“There was heaps going on out there and we were really struggling towards the end of the stage but overall we are happy with the position we are in. We are most comfortable hitting the singletrack as hard as we can and neutralising any attacks, so tomorrow we have to be careful, but not too careful. We still have to ride hard,” Johnston said.

Odams said that even before he started the event ‘the hill’ was what he was fearing the most.

“I think the little bit of extra age Trekky and I have has definitely helped us get a tactic and ride to it. Today I decided to sit up and ride as efficiently as I possibly could through the singletrack and keep the heart rate low and power low and then just chew the stem off my bike on that climb. Brendan paced me really well and I was starting to feel better towards the end and I wanted to go but he said, ‘Chill out you will need it later on’. It worked out perfectly for us and he waved me past on the technical descent part and we got a gap and it was happy days. I was actually surprised how much gap we got and it helped us along the flat bits. Good times, but one day to go,” he said

The Nankervis brothers were second place in stage three, once again highlighting the form they brought to Port to Port this year, as well as their mental toughness in the wake of terrifically bad luck.

“It is very hard when you are completely out of the running to win the GC, so it was all about putting it to them and trying to get a stage win. We were mindful of not meddling with GC teams and getting in the way but the last two days have shown that we had done the work and were in good form, despite the mechanicals. So that is satisfying at least.”

The women’s teams have been dominated by the Kiwis Samara Sheppard and Kate McIlroy and stage three was no different. It was a master class and a mentoring session in one, as the experienced Sheppard and the highly talented McIlroy continued to evolve into a formidable team. 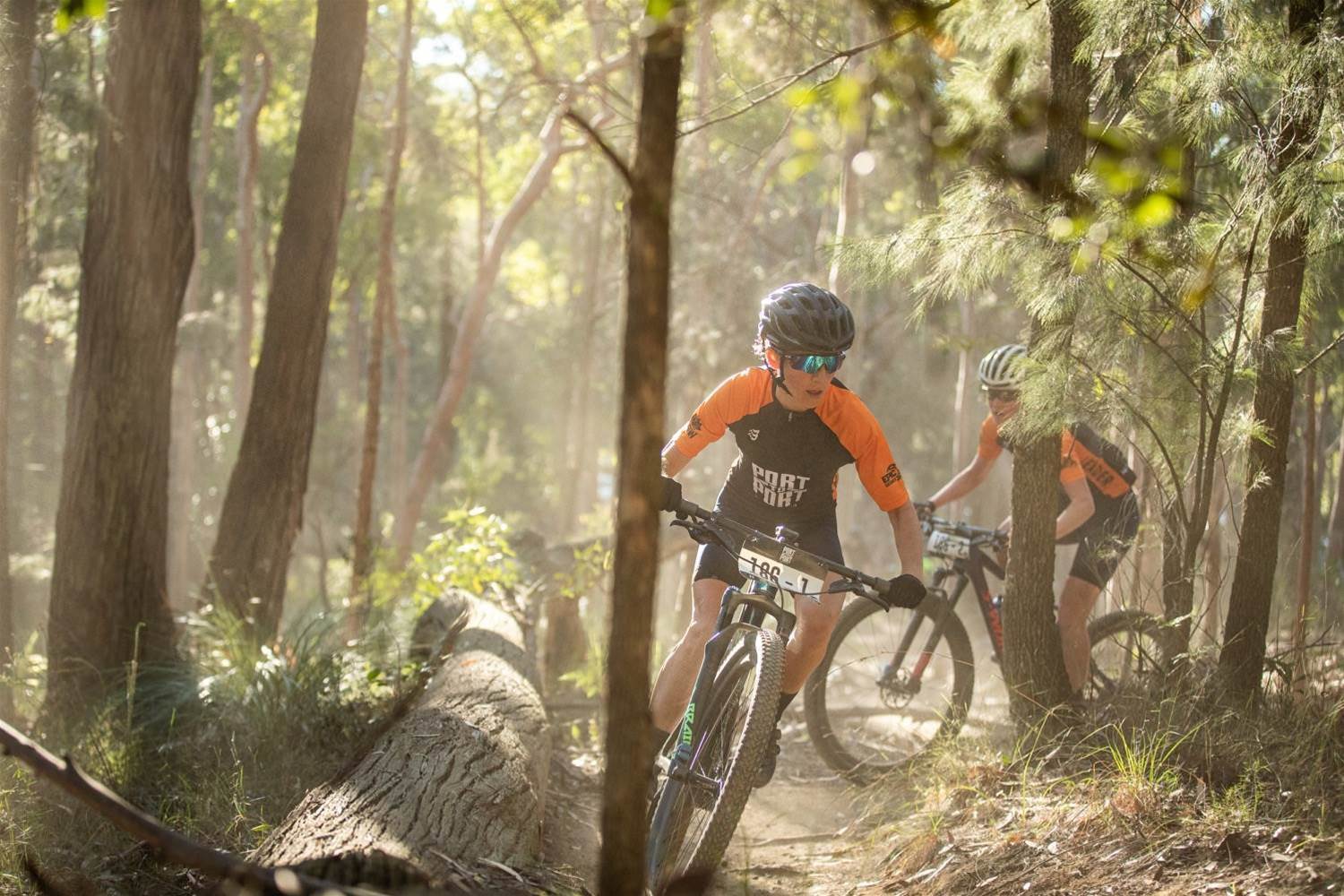 McIlroy has been one of New Zealand’s most talented athletes for many years, initially as a Commonwealth Games representative in steeplechase, then as a triathlete on the ITU circuit, before turning to road cycling and finally mountain biking.

“It was another good day and how can you not have fun,” Kate said. “It is wicked riding and it is the mixture of everything which keeps it interesting. This is probably the most amount of mixed trail riding I have done, so I am learning as I go. As the day’s progress we are learning each other’s strengths. Samara smoked it through the single trail and I just tried to hold on. I try and hold a steady pace up the hills and then bomb the descents as much as we can.”

“I have done a few stage races on the road so I know how it feels in the last days but I think the MTB takes it out of you because your whole body is involved. I woke up this morning very ordinary and my legs were asking, ‘What are we in for today? Once you get going you feel okay and you ride yourself into it.”

The ever smiling Harris siblings continued on their merry way in the Mixed Teams picking up their third stage win and are set for another strong result tomorrow.

“Michael told me if I started like I did yesterday he was going to ditch me,” Holly laughed. “So I ensured we got a better start and we love Awaba, so we cruised through there. Climbing is our strength so when we got to the hill we gave it everything and Michael was an incredible partner. I have been looking forward to this and if we were coming first or last it is unreal to be riding with my younger brother.” “We are having so much fun,” Michael agreed. “Awaba at the start, that was awesome. I was following Holly and she was showing me all the good lines. After that we gassed the climb and then we followed some of the master teams on the descent. It was amazing.”

Tomorrow’s final stage takes riders up the coast on a roller-coaster ride of singletrack and bike path all the way to Merewether Beach and the long-awaited Eats, Beats and Bikes festival – as well as the well-deserved beverage to finish off a perfect four days of racing.