The Downhill MTB World Cup returned to Fort William, and the racing was as brutal as ever.

"Legendary, winning at Fort William. It was almost the perfect run," said Hoffman. "The fans are amazing. You just don't have to care about the conditions. Trust your bike."

Frenchman Pierron won the opening 2022 round in Lourdes and he needed to draw on all his speed and guile down the slippery course to hold off compatriot Thibaut Daprela and Briton Laurie Greenland, who was up at the first two splits but lost time on the second half to finish third last man down.

Pierron, 26, said, "Winning three in a row here is really difficult. I didn't feel good at the beginning of the weekend. The British were crazy fast this weekend. It has been really tough. It was really windy at the top, but I gave everything over the bridge. A battle to reach the bottom." 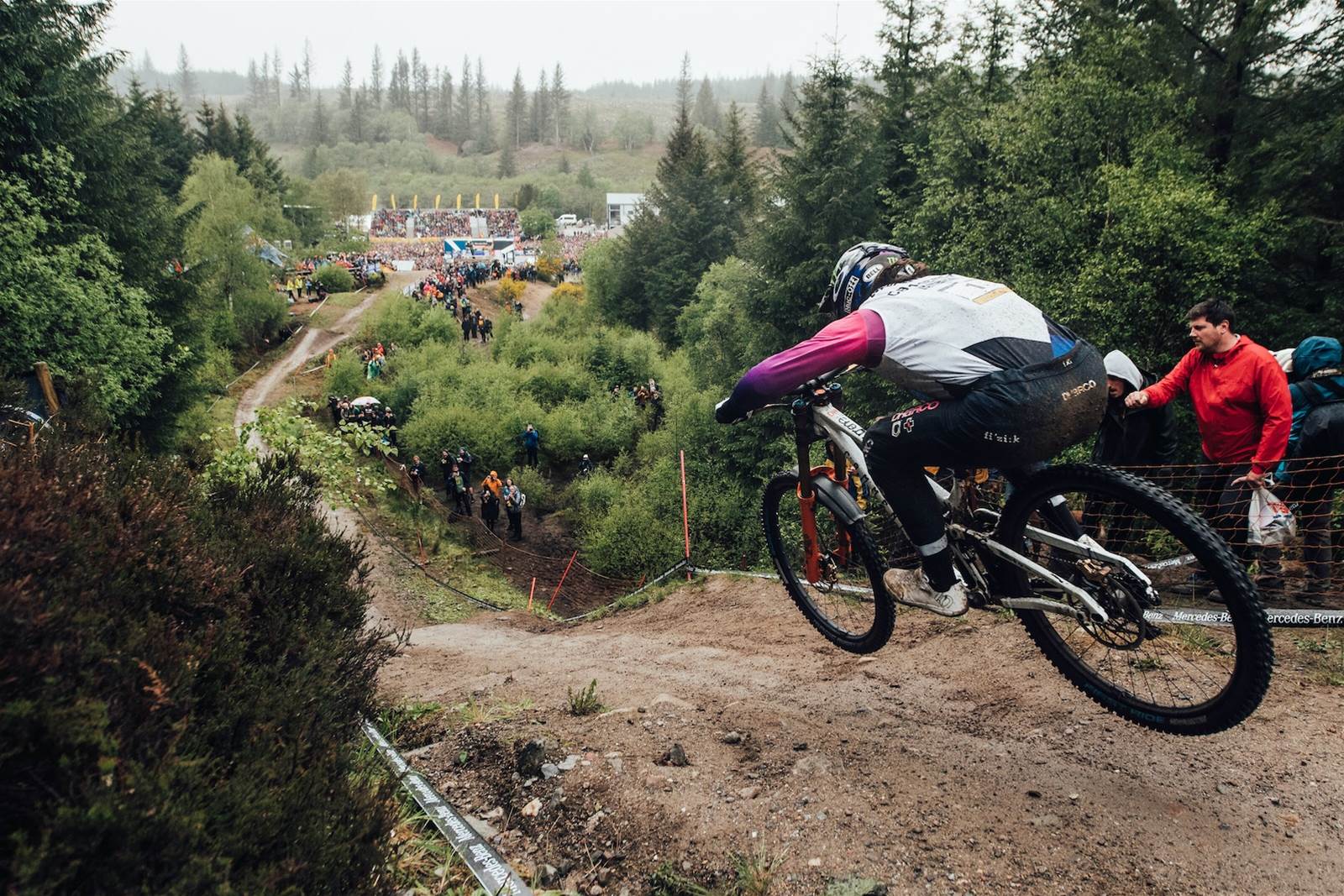 Luke Meier-Smith stormed home to 9th, while Australian champ Connor Fearon came in 18th, with Kye A'Hern in 22nd. Dean Lucas score 27th with Dan Booker in the action in 56th. In he Junior Men, Remy Meir-Smith was on the podium in 3rd, with Jackson Connoly in 12th.