The World Cup has moved to Nove Mesto Na Morave in the Czech Republic. Jolanda Neff and Luca Schwarzbauer won the XCC.

Right on the heels of hot racing in Albstadt, the XCC and XCO World Cup have moved to Nove Mesto Na Morave in the Czech Republic. This popular course is often a rider and fan favourite, but 2022 is the first time fans have been on track since 2019.

The short track event had a bit of a mix up, with a faster, less technical course than years passed.

The women's race lept from the line and Aussie champ Bec McConnell was in the thick of the action - but so was just about everyone. Besides a jump line descent with a couple of line options, the greatest technical area to make some time was the hot dog turn out of the finish straight. The straight was right into a head wind and the tight exit guaranteed a slow exit for those a few wheels back. 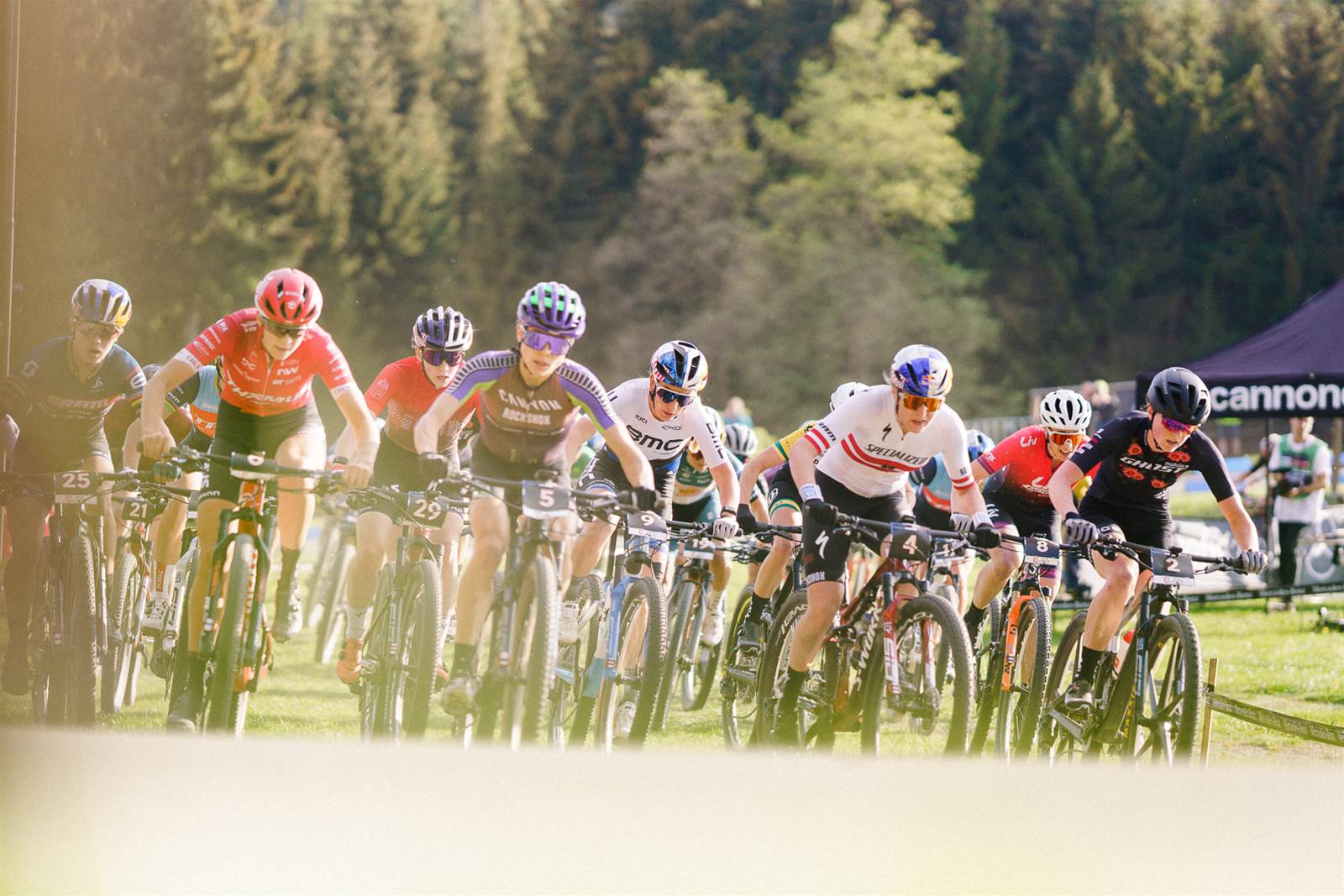 Still, it was a climb on the 7th lap where McConnell launched her first attack. Keller, Neff, Frei, Rissveds et all showed they were good enough to win. The pace lifted again from another McConnell attack, but it was Jolands Neff's speed on the final lap that gave her the lead for the finish line sprint, with McConnell 2nd. As XCC leader Pauline Ferrand-Prevot had broken her chain, she was a DNF. McConnell got to pull on the World Cup leader's jersey for XCC, along with her XCO leader's jersey!

In the men's race, Luca Schwarzbauer was a rocket off the line - just like in Albstadt. And just like the women's race, there was little to really break up the group of the 40 fastest men in the world. 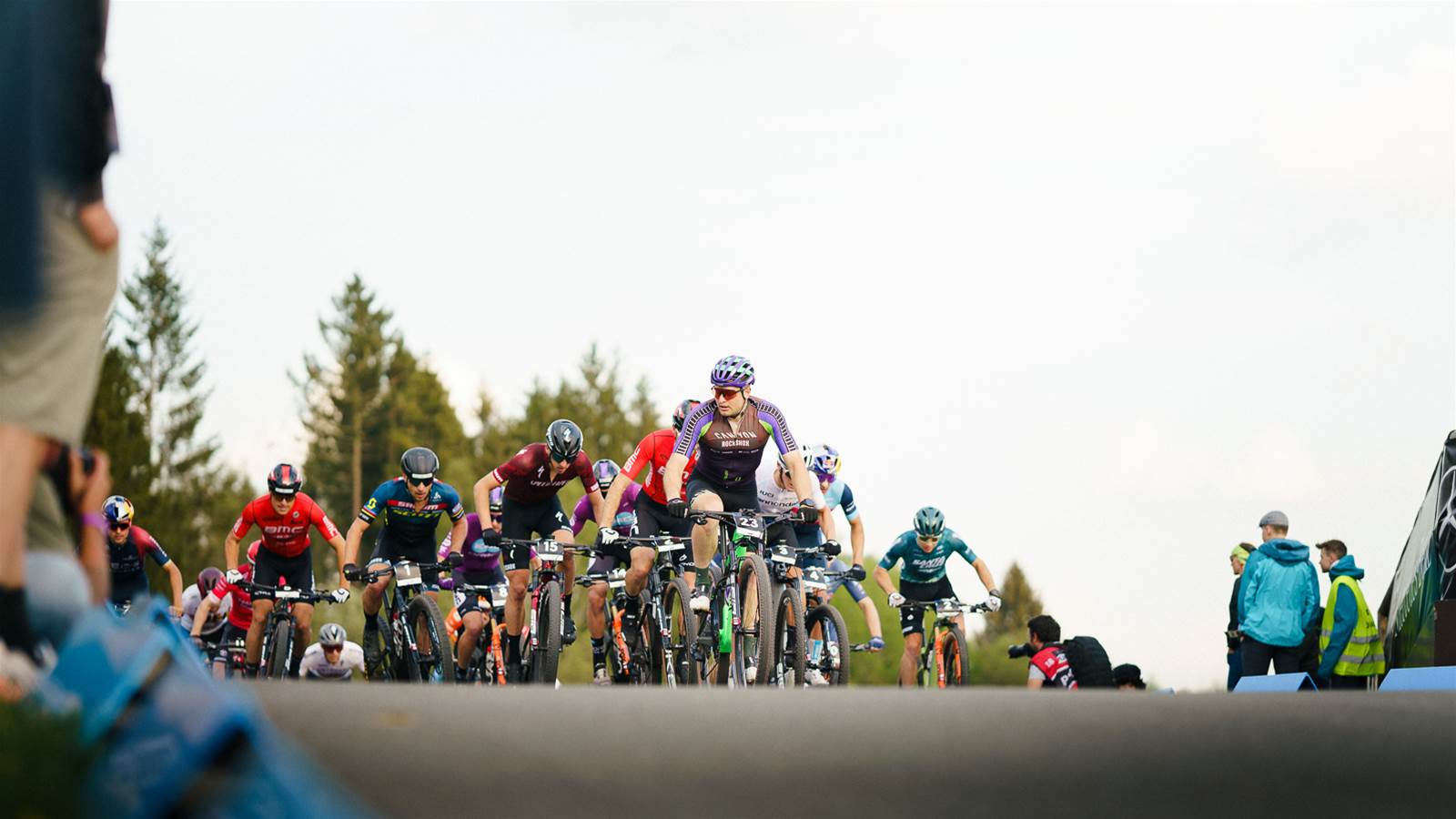 Riders like Vlad Dascalu dropped some watt bombs, but it was Schwarzbauer who lit the afterburners on the final lap up the climb, making a gap. It closed down a little on the grass descent but he gapped the field again on the rise to the finish straight, taking a triumphant World Cup win!

The XCO now comes on Sunday - and Downhill returns to Fort William next weekend. 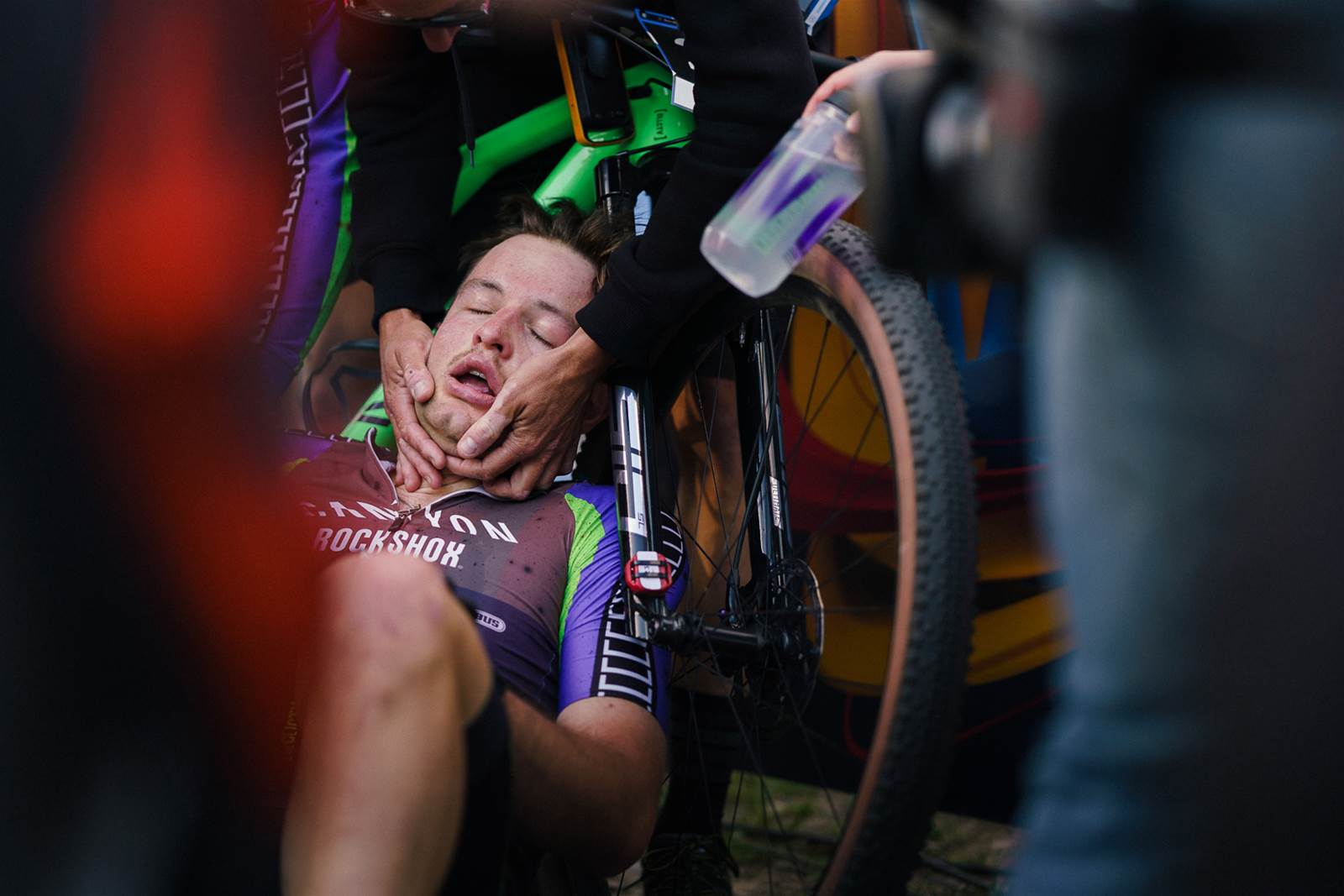