The Nove Mesto World Cup course is a crowd and rider favourite, and a bluebird day was presented for the riders at the 3rd round of the XCO World Cup.

In the women’s race there was another dominant display from overall series leader Rebecca McConnell, who rode away from the field from the very first lap to secure her third successive World Cup race by 40 seconds over reigning World Cup champion Loana Lecomte, while Jenny Rissveds claimed a second consecutive podium finish in third.

McConnell, who’d never won a World cup race before the start of this season, just lost out on victory in Friday’s XCC race by less than one second to Olympic champion Jolanda Neff, but took over the lead of the standings in that series and now holds the leader’s jersey of both World Cup chases as her dream season continues.

“Nové Město is always really good for me and I always seem to be able to get a really good performance here. Today I just had good legs and wanted to go with it,” said the Australian rider. “Now, we have a small break before the next round and it’ll be really nice to have this advantage to start the second half of the season.” 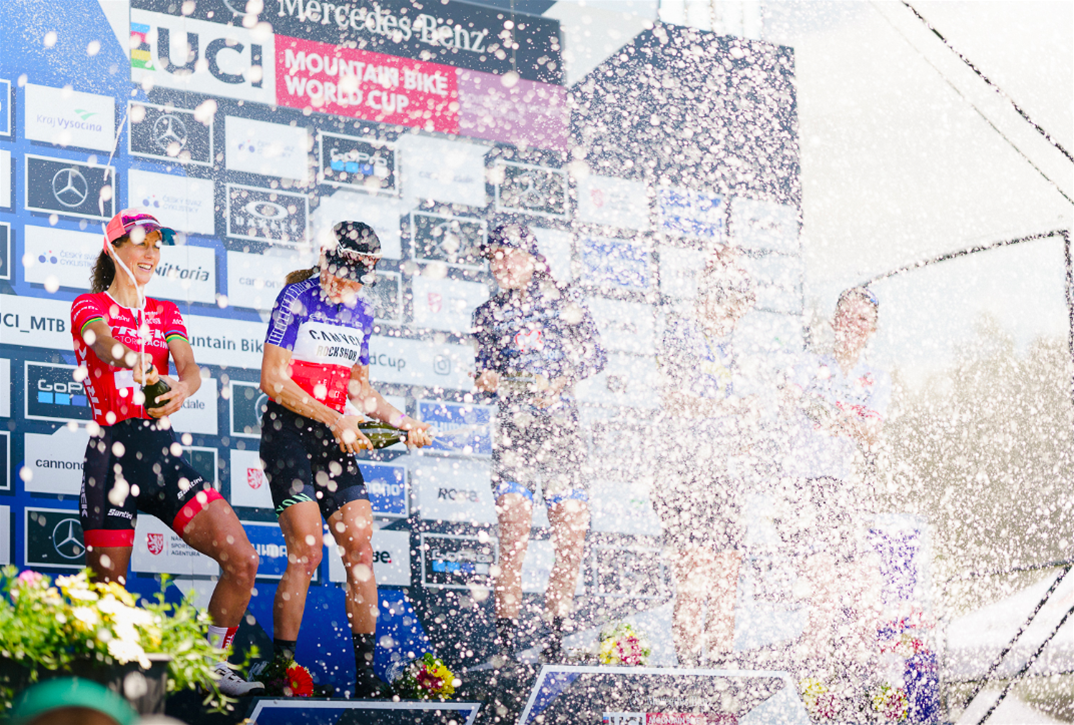 Making his second start of the year in the UCI Mountain Bike World Cup, as he splits his time between bike disciplines, Pidcock finished second in Friday’s XCC short track race behind German first-time winner Luca Schwarzbauer to earn a front row start for Sunday’s XCO race at the classic Czech circuit.

Pidcock dominated the race in Nové Město last year to claim his first elite XCO win, but amid dry, dusty conditions this year’s race was an extremely close and hard-fought battle all the way to the finish between multiple contenders that included Nino Schurter, Vlad Dascălu, Alan Hatherly, Matthias Flückiger and Anton Cooper.

With no rider able to make a clear break during the early laps of the race, a decisive moment came on Lap 5 when Nino Schurter, who was chasing the all-time XCO World Cup wins record, suffered a rear the puncture. 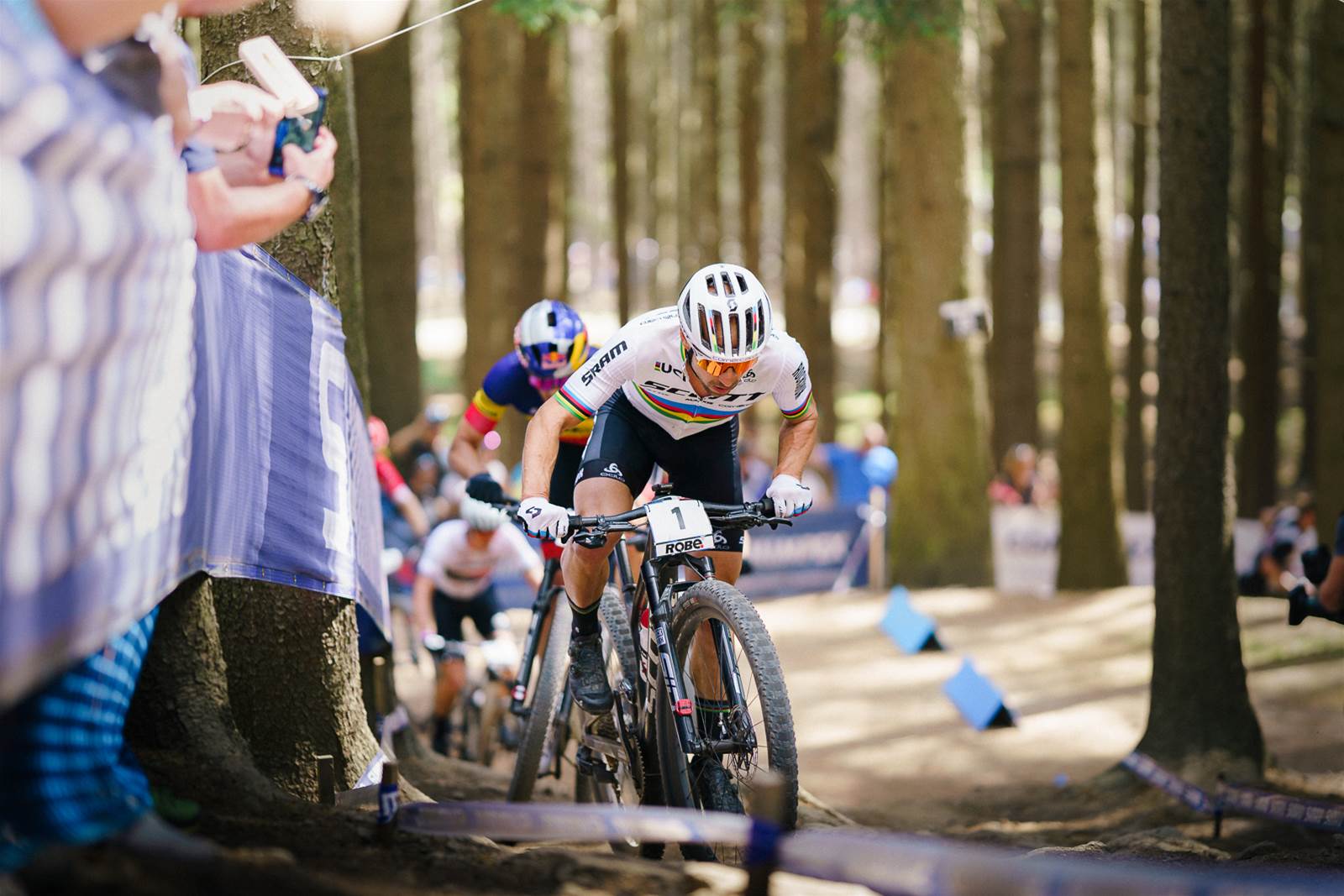 The Swiss rider lost over one minute to the leading group before he rejoined the race with a new wheel, but staged an incredible comeback to recover the lost time and rejoin the lead group at the start of the final lap of the race.

Third in the two previous XCO races so far this year, Dascălu produced the attack that finally broke the race apart on the final lap of the race, with only Pidcock able to follow the Romanian as they broke away.

Pidcock powered past Dascălu in a thrilling final sprint to deny the Romanian his first elite win and secure back-to-back XCO World Cup wins before departing the series for road completion again. Schurter hung on for an extremely impressive third place, 30 seconds behind the leading duo, with Anton Cooper fourth and Alan Hatherley fifth.

Pidcock, 22, said: “That was difficult race. If I’m honest, I felt bad all race. I just had one pace and I couldn’t go hard enough to split the group. I was also having problems with my bike all race. It just wasn’t playing out right, but I knew that if I could hold to the gap to Vlad on the last lap I’d be able to come past him in the head wind at the finish.”

Dan McConnell finished in 30th spot, a great result in a demanding race, and Cam Ivory came in 69th.

The Australian U23 riders highlight was Zoe Cuthbert's 9th place finish. After coming 5th at the 2019 U19 World Champs, Zoe hasn't been able to race on the world stage until the past few weeks. it's clear her time is now!

Katherine Hosking was 29th, Izzy Flint was 48th and Holly Lubcke was 60th. In U23 men, Sam Fox was 29th, Domenic Paolilli was 94th and Tom Cheesman was 105th. Isaac Fletcher came in 131st in the massive field. 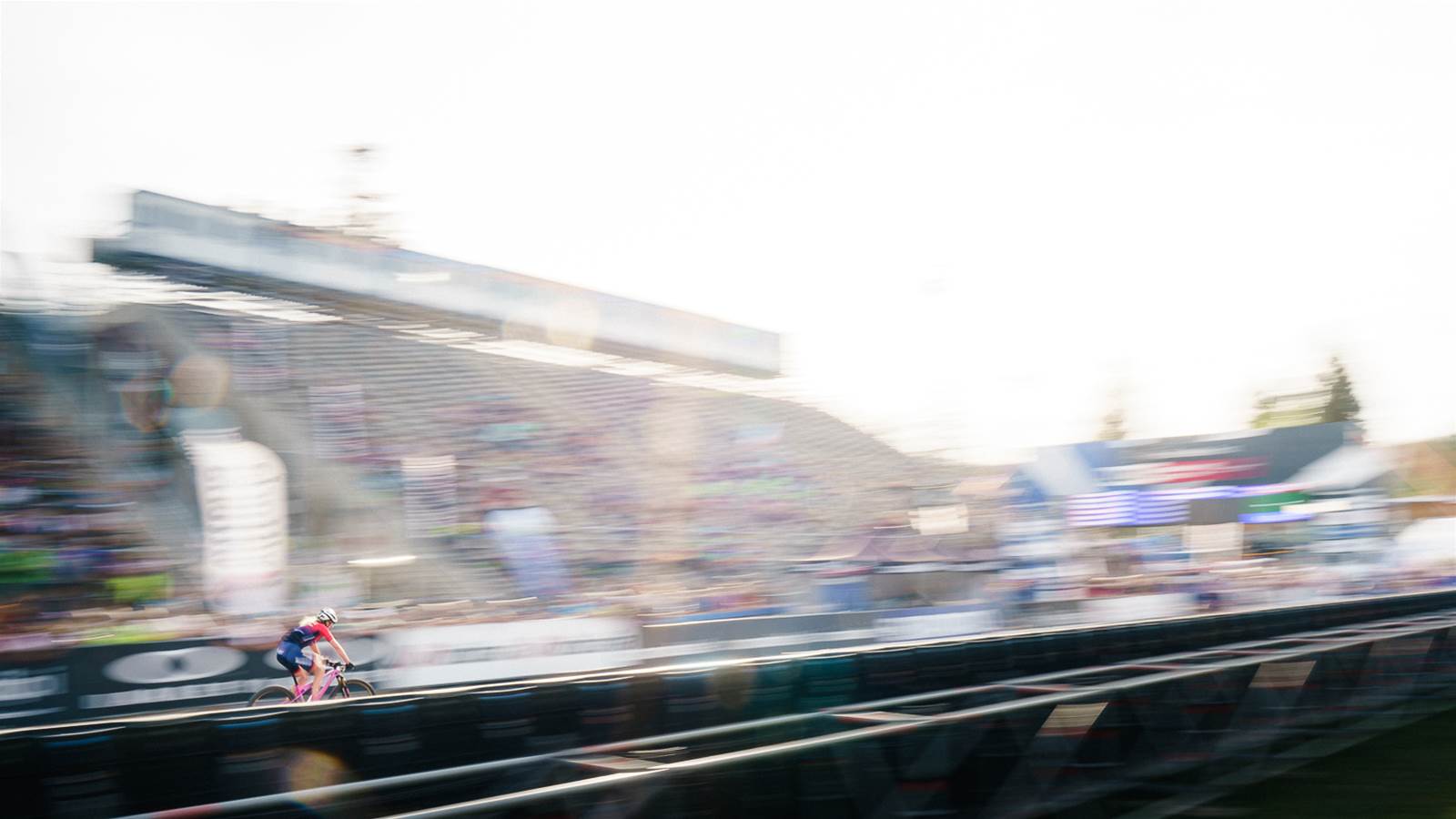