The AMB 100 has settled into its April date, and Canberra delivered plenty of freshness for our event at Mt Stromlo this year.

Since 2014 the AMB 100 has gone from strength to strength, with Rocky Trail Entertainment delivery a great event. That said, it's never been drama free, with painfully hot conditions in 2014 and high winds on other occasions. 2015 was great with a solid turnout as the event followed a national XCO round, but in 2018 we had record numbers. And we also had hero dirt.

It's been a long, hot summer in Canberra and Mt Stromlo has already been baked solid thanks to the bushfires over a decade ago. With reports of deep dust and bomb holes, the rain on Friday evening, and again on Saturday evening were welcomed by all.

Mt Stromlo must be one of the most successful mountain bike parks in Australia, as whenever I have visited there has always been plenty of cars in the carpark, and even more bikes on the trail.

With a pump track and a new building, the extra shelter was greatly appreciated given the cold wind that picked up through the day - but for those on the trails the conditions were brilliant.

After a race briefing from Rocky Trail Entertainment's Martin Wisata, we took off, joining the race after the 100 mile category had started 2.5 hours earlier.

With a firetrail climb to break up the 300+ strong race, we soon hit singletrack that demanded your attention, wrapping around the side of Stromlo before climbing to descend Western Wedgetail. The course was a tick list of favourites, and whether riders were doing the 1, 2, 3 or 5 lap event everyone had favourable comments on the course, and that little bit of precipitation had brought new levels of grip to Stromlo.

In the main event, Brendan Johnston rode a strong race, with young Jay Vine close behind. It was Vine's wife Bre who won the women's 100km event in Elite, although the top 3 were all pretty close. Cristy Henderson was the fastest woman to cross the line. With Elite covering the 19-39 age group, as opposed to a dedicated race category, Henderson is a Masters 40-49 rider and was over 20 minutes faster than Vine. The AMB 100 has many categories which means you can find the event that pushes you - but we hope to work with a better categorisation next year or just run with overall time podiums to really showcase who was fastest on the day.

One of the greatest things about the event is the chance to meet some of our readers and here your thoughts on what we do, and find out what gets you buzzing. It's not the kind of communication we can always have with a country so vast, so thanks for coming along and if you came and spoke to some of our crew - cheers! We're here to serve the whole Australian mountain biking public so if there's something you think we're missing, drop us an email. Or better yet - come along to the next event we're at and get in contact in person. 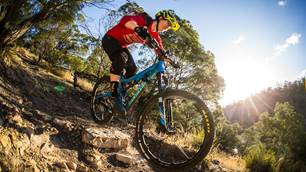 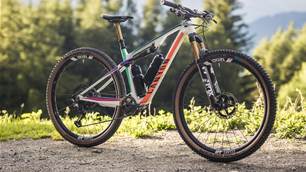 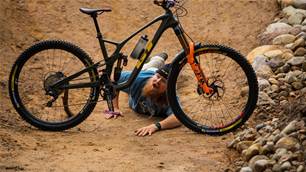