The Enduro World Series' Asia-Pacific series by Shimano returns once again to the brown dirt of Blue Derby, and as a qualifier for the EWS series, the game is on for top step. Media squids Colin Levitch and Nick Waygood are on the ground.

By this stage, Derby should need no introduction. The small town rich with history is nestled in north-eastern Tasmania and is home to some of Australia's best mountain biking trails.

In an unusually dry for Tasmania race weekend, racers endured a classic 5-stage event on the Blue Derby Mountain Bike Trails, with just shy of 37 kilometres of racing, and 1,360 metres of vertical jammed in there like an Aussie pie with too much filling. (Is there such a thing?)

The race kicked off on Sunday, but the competitors arrived several days early to scout the course and were met with relatively blue skies and silky brown ribbons of dirt. Each stage utilises a mix of smooth flowy single track and the roughest and gnarliest tech that Derby has to offer. 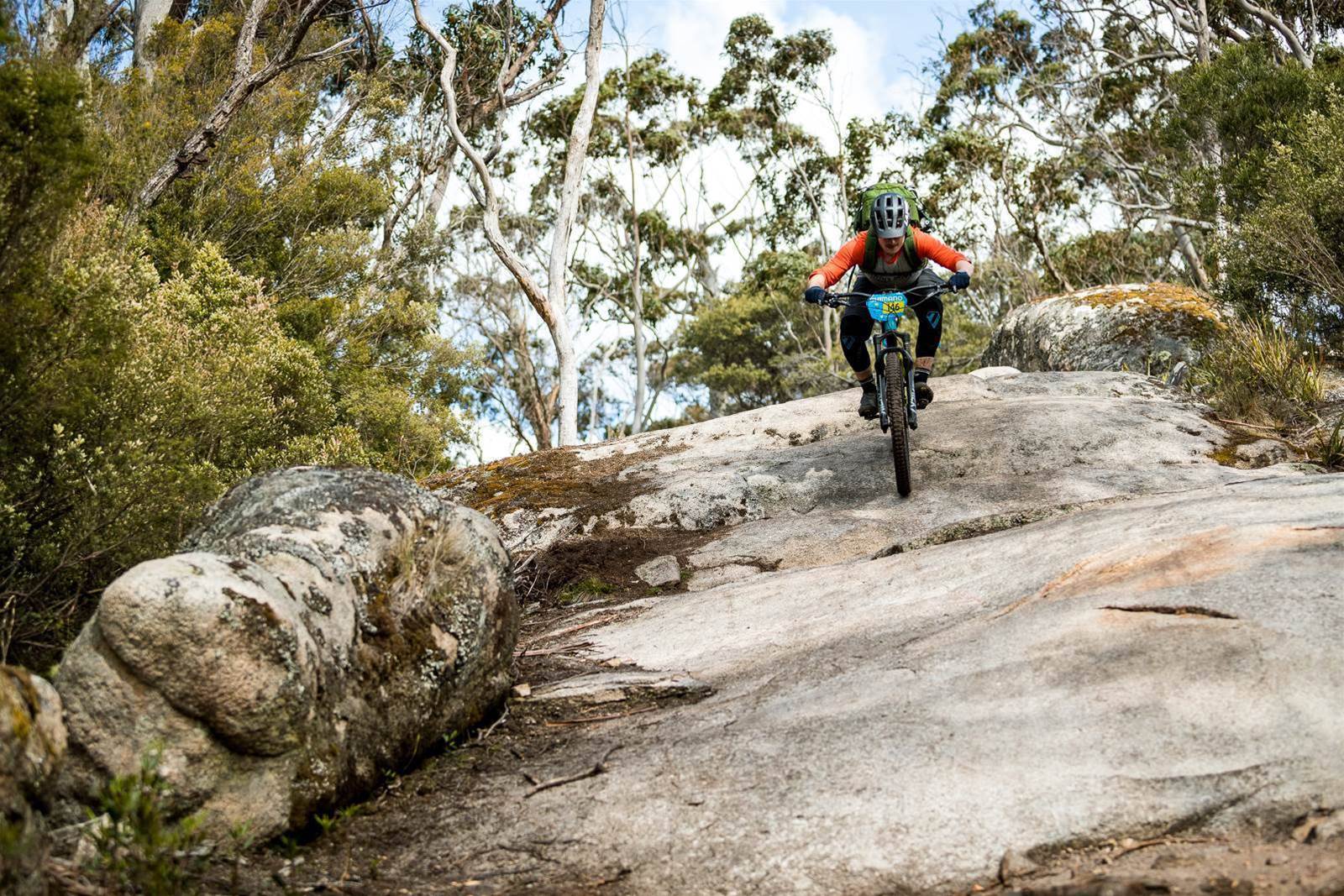 The day before the race kicked off, AMB's media team hopped in Evolution Biking's brand spanking new Can-Am's for a shuttle to the top, to kick off a full day of recce and competitor practice sessions.

The trails were rich with golden dirt and rock slabs, with lines becoming defined as competitors refined their choices. Grip was everywhere to be found (except on the wet rock slabs), the soil was loamy, and speed gained through the constant flow of turns and rapid rock gardens.

"Roll it. Just roll it." were amongst words commonly heard throughout the crowds of competitors new to Shimano's Derby enduro, with everyone running on high levels of stoke and shuttle buses rolling throughout the day.

We caught up with Timmy Eaton post-practice to see how things were going.

"Practice has been good! The tracks are always awesome here in Derby, and the sun's come out and helped dry them out. Feeling really good on the tracks and looking forward to putting down some good times tomorrow," he said. 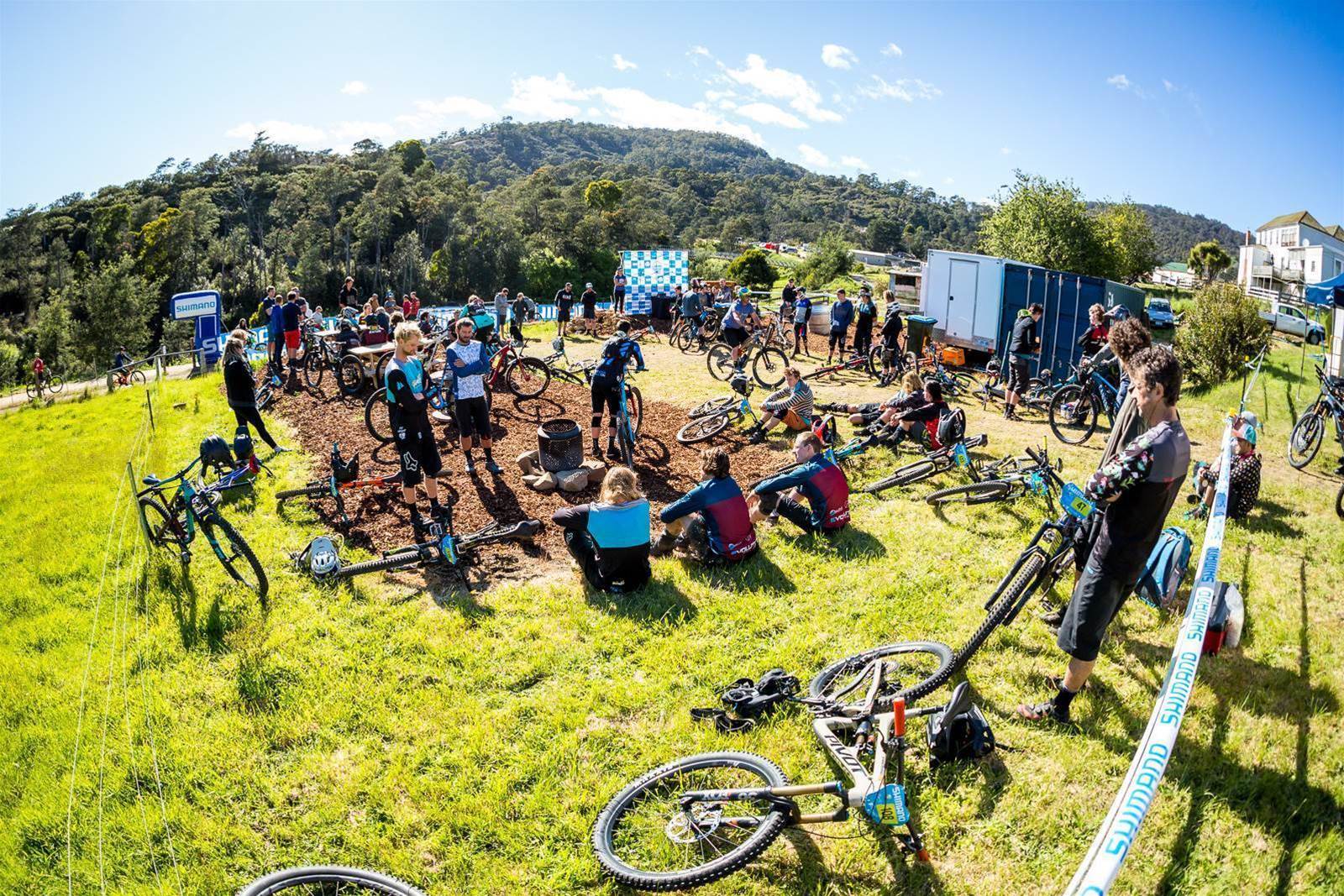 A cold and early start brought riders to the pit area, which would also be where they finished their day, thanks to the Little Rivers Brewing pop-up bar with cold brews on tap.

With blue skies, riders began the first liaison through to the top of Roxanne; straight into rocky tech. A short climb leads competitors to the famous Detonate boulders, before a run down Trouty on the other side of the hill. Shearpin into 23 Stitches was next, consisting of the infamous rock chute where not a smooth line is to be found. The final stage was the longest, starting from the very top of the hill at Kumma Gutza, down through to the flowy lower Air-Ya-Garn.

A technical glitch struck the elite men's field, resulting in EMS's decision to neutralise Stage 5, making it a 4-stage race for the top step. Connor Fearon took first in all four stages and the chicken dinner for a Sunday night.

"It was a pretty solid day for me; I won all the stages that (the timing system) worked," says Fearon. "I'm stoked to take the win, it's in the middle of the offseason, and I've been training a bit but no too hard and just having fun with it."

"It was absolutely amazing, it's really hard to choose my favourite trail because they're all so much fun. I really liked the technical challenge of them and the flowy bits; it's such a good combination of everything. I think I could ride these trails all day every day," Zoe Cuthbert, who took second place Elite Women's

The day came to its unfortunate end at the Dorset Hotel for presentations and celebratory drinks. Stay tuned for heaps more content as Nick Waygood and Colin Levitch head into the wilderness of Tasmania. 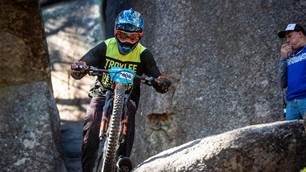