Wider rims, new hub standards, riding style... there are so many reasons why you should go custom for your next wheel build.

Pre-built wheel sets used to adorn local bike shops, and our bikes. But a few years ago, things started to get tricky. Bikes moved to through axles, and in different widths. 135x10? 142x12? 148x12? What about Super Boost? Plus we are demanding more variety wih our rims. We did our own research into what mountain bike rim width suits aggressive trail riding, and Ben Morrison concluded that a rim with a 30mm internal width was right on the money. Of course this depends on the tyre width used, but for what Ben tested - 30mm internal came up best.

So needing a wheel set for my Norco Sight Carbon long term test bike to replace the impressive DT Swiss XMC 1200, I had a few features I knew I wanted.

As above, I wanted a rim that would be wide enough to support tyres from 2.3" through to 2.6". I could go a little wider but that means that most 2.3" tyres don't work as the edge knobs don't protrude enough. In this case I am testing out the Oxive Carbon 35mm wide rims. 35mm is the outer width. They are tubeless compatible, pretty light, 28 hole, and have a weird graphic with 2017 on them. You can choose different graphics though. The inner finish is very consistent. I didn't have to go for carbon of course - there are more than enough excellent alloy rims on the market. But let's be honest - our bikes rarely are purely about need. I have been using carbon rims on my mountain bike since 2013, and while I have had one rim failure, that's it. I'd toast more alloy rims than that on one year previously. 2. Reliable hubs - something know for quality and durability.

Hubs are the centre of your wheel (you knew that alread) but changing hubs is expensive. It requires not just new hubs, but wheel building labour, and almost certainly new spokes, nipples and rim tape. You're better off buying a good set in the first place. I've gone too cheap before and ended up with a hub with bearing play that couldn't be fixed - and an expensive process to change the hubs.

I have been using DT Swiss 240 and 350 hubs for a lot of my XC builds and they tick the boxes of what I need. But for a trail/AM wheel I wanted to go back to Hope. The last Hope hubs I had were laced to ENVE rims back in 2013, and rolled through a whole lot of crap. Our workshop gurus at Summit Cycles said that Hope Pro 4 hubs are their go to for trail and all-mountain wheel builds. J-bend standard spokes are my go to. I completely understand that straight-pull spokes are stronger, asthey haven't had the stress of a 90 degree bend. And bladed spokes are said to be more fatigue resistant, which is why I have used them in other wheel builds. But really, I just want spokes that I can get at my local shop. So for this build DT Swiss Comp Race spokes were used, with alloy Prolock nipples. I could have easily gone with brass nipples but the weight weenie inside won out. 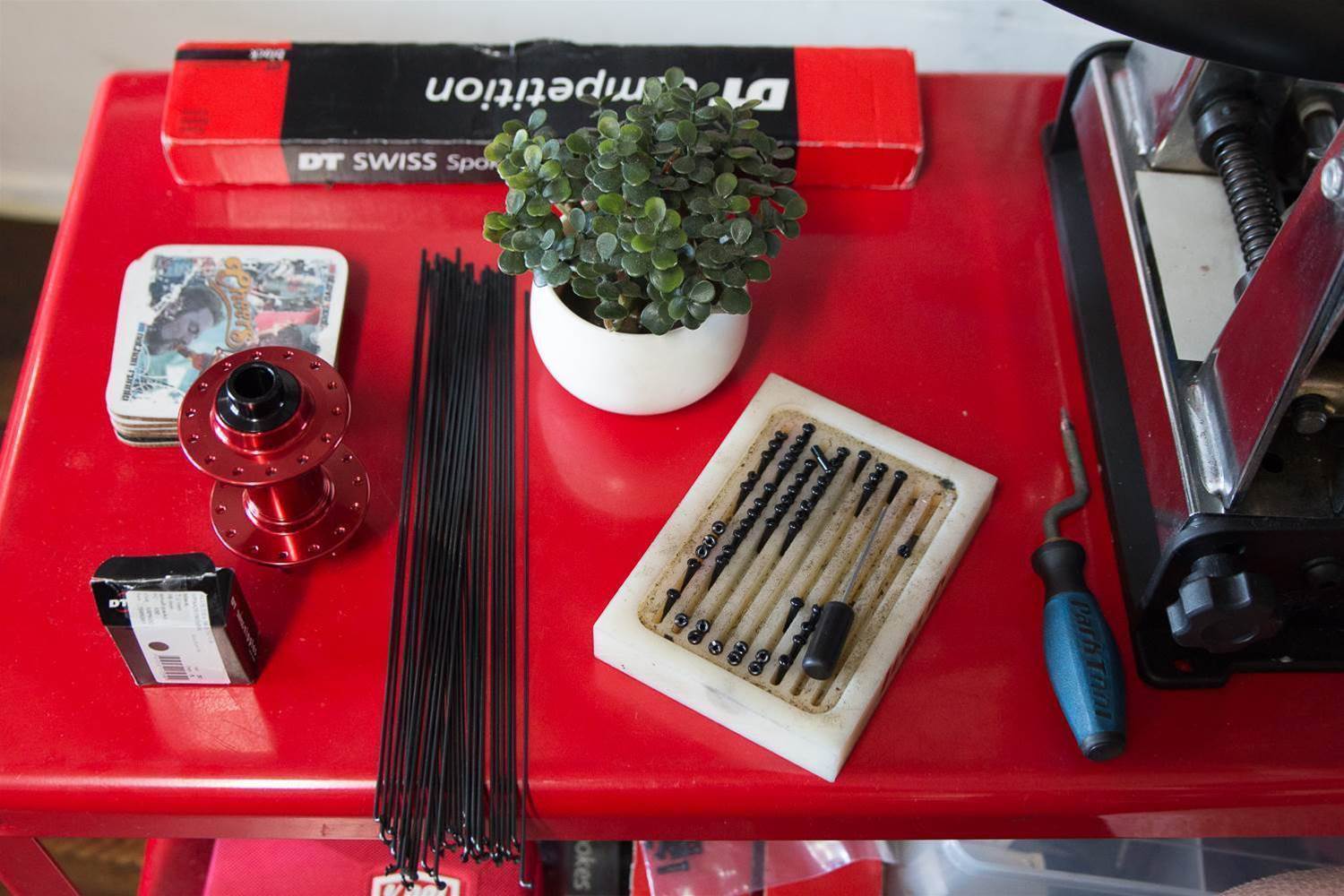 You can get carbon rims on Hope, DT Swiss or Novatec hubs built overseas at pretty good rates. But what do you know about the build quality? The best parts can build a crap wheel if not done correctly. I have ordered a couple of wheel sets direct from carbon rim manufacturers. One set was rock solid. One set was a noodle. In this case I asked Jay Taylor at Taylor Cycles to build them up. Jay knows a fair bit about bike riding and racing, and his been building solid wheels for years. It was actually Jay who decided on the spoke and nipple mix to suit what I wanted in the wheels.

Want to build your own wheels? Here's how. All built up, the rear weighs 914g and the front is 794g - which is 1708g - not too shabby for a wide-rimmed trail/AM wheel. Best of all, I have a wheel set that is built for what I wanted and needed. I could have gone super heavy duty - but my riding doesn't dictate I need that. While pre-built wheels can be excellent, they are also built for the majority. They need to suit a 50kg rider and someone at the top weight limit for the wheels - possibly 110kg. I can guarantee that a 50kg and 110kg rider would not feel like they were riding the same set of wheels. A custom built wheel means you can choose the parts to suit your needs, riding, and terrain.

I'll be putting plenty of time into the wheels, so keep an eye out for a review on the wheels and their key components in a coming issue. 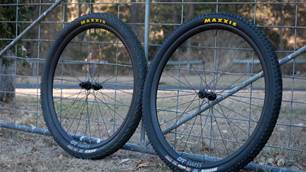